Radioactive waste continues to pour from Exelon's Illinois nuclear power plants more than a decade after the discovery of chronic leaks led to national outrage, a $1.2 million government settlement and a company vow to guard against future accidents, an investigation by a government watchdog group found.

Since 2007, there have been at least 35 reported leaks, spills or other accidental releases in Illinois of water contaminated with radioactive tritium, a byproduct of nuclear power production and a carcinogen at high levels, a Better Government Association review of federal and state records shows.

No fines were issued for the accidents, all of which were self-reported by the company.

The most recent leak of 35,000 gallons occurred over two weeks in May and June at Exelon's Braidwood plant, southwest of Chicago. The same facility was the focus of a community panic in the mid-2000s after a series of accidents stirred debate over the safety of aging nuclear plants.

A 2014 incident at Exelon's Dresden facility in Grundy County involved the release of about 500,000 gallons of highly radioactive water. Contamination was later found in the plant's sewer lines and miles away in the Morris, Ill., sewage treatment plant.

Another leak was discovered in 2007 at the Quad Cities plant in Cordova. It took eight months to plug and led to groundwater radiation readings up to 375 times of that allowed under federal safe drinking water standards.

Representatives of Exelon and its government overseers — the U.S. Nuclear Regulatory Commission, the Illinois Emergency Management Agency and the Illinois Environmental Protection Agency — say the leaks posed no public danger and did not contaminate drinking water. Exelon said to prevent leaks it has spent $100 million over the last decade on upgrades at all of its U.S. plants.

Michael Pacilio, chief operating officer of the power generating arm of Exelon, said no one in or around the plants was harmed by radioactivity from the leaks, which he described as minor compared with everyday exposures.

"We live in a radioactive world," Pacilio said.

"Best that we can tell, that's more luck than skill," said David Lochbaum, an analyst with the nonprofit Union of Concerned Scientists. "Leaks aren't supposed to happen. Workers and the public could be harmed. There is a hazard there."

Among the 61 nuclear power plants operating in the U.S., more than half have reactors that are at or near the end of their originally expected lifespans — including the Dresden and Quad Cities plants.

Industry watchdogs and government whistleblowers contend oversight is compromised by a cozy relationship between companies and the NRC.

Government regulators concede they must balance the safety needs of aging plants, which require more maintenance, versus ordering cost-prohibitive upgrades at facilities that inherently are just a slip-up away from catastrophe.

No player in the nuclear industry is bigger than Exelon, the Chicago-based energy company that last year reported $31 billion in revenue and operates 14 nuclear plants in Illinois, New York, New Jersey, Pennsylvania and Maryland.

Five of the six Illinois plants reported leaks over the last decade, records show. Clinton, in DeWitt County, had no leaks and Byron, in Ogle County, reported only one that contained low levels of radioactivity.

The accidents included in the BGA analysis are separate from government-approved releases into large bodies of water. The state allows Exelon to discharge controlled amounts of tritium into rivers and lakes, where radioactive material gets diluted.

Other releases of tritium, however, can be illegal and subject to fines and government lawsuits — though no accidents from the past decade resulted in either. Government officials say small amounts of tritium — a radioactive form of hydrogen and a potential marker for more dangerous nuclear contaminants — are not harmful to humans but exposure to higher levels may increase the risk of cancer.

At least seven of the 35 documented accidents since 2007 involved contamination of groundwater. Other contamination was found in sewers and other water systems where it isn't supposed to be.

The recent leaks echo the controversy in 2006 when it was revealed that leaks at Braidwood over many years spilled 6 million gallons of radioactive water, some of which found its way onto private properties and at least one private drinking well.

At the time, Exelon and state regulators assured the public radioactivity levels in the private well were far below limits deemed a danger. Neighbors of the Braidwood plant were skeptical then and remain so.

"The NRC gets all its numbers from the nuclear plant. How can NRC trust the numbers?" asked Monica Mack, who lives in Braceville near the Braidwood plant.

• Of the 35 documented incidents, 27 occurred at Dresden. Following the big 2014 leak, which emanated from an aboveground storage tank, Exelon asked a state inspector whether the public would have access to the incident report under open records laws, a state report showed.

• An NRC report on the 2007 Quad Cities leak noted radiation levels went "well beyond that seen anywhere else in the industry" and that plant staff estimated the leak had been active for years before it was discovered.

• In 2009, Dresden reported another hole in a storage tank led to a leak of as much as 272,000 gallons of radioactive water. Onsite groundwater testing showed levels of tritium 160 times higher than allowed under federal standards for drinking water.

This report was provided to The Associated Press by the nonprofit, nonpartisan Better Government Association of Chicago.

CHICAGO — A man who fired off gunshots as he stood next to 13-year-old Adam Toledo on a Little Village street corner sparked the chain of events that led to Toledo’s fatal shooting by Chicago police, Cook County prosecutors said in court Saturday. Ruben Roman, 21, was charged with felonies including child endangerment, aggravated unlawful use of a weapon and reckless discharge. Judge Susana ...

Sports betting just got harder for some Illinois residents. Here's how.

For Illinois residents in communities without easy access to a casino, racetrack or off-track betting facility that hosts a sportsbook, it just got much harder to open a legal sports betting account.

Meanwhile, officials across the river in St. Clair and Madison counties expanded eligibility for a vaccine to any Illinois resident who's at least 16.

A cold front headed to the region should subdue the storms by 8 p.m. Saturday, the National Weather Service says.

Illinois had $2.46 billion in sports bets over 10 months. And the numbers keep growing

Sports betting became legal in Illinois a year ago. Then came COVID — and an opportunity. 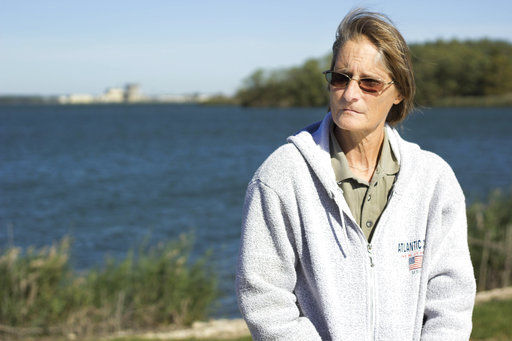 This Oct. 17, 2017 photo shows Monica Mack, 55, who lives near the Braidwood Nuclear Generating Station poses for photo as she stand near station in Braceville, Ill. Radioactive waste continues to pour from Exelon's Illinois nuclear power plants more than a decade after discovery of chronic leaks led to national outrage, a $1.2 million government settlement and a company vow to guard against future accidents, according to federal and state record reviewed by Better Government Association. The recent leaks echo the controversy in 2006 when it was revealed leaks at Braidwood over many years spilled 6 million gallons of radioactive water, some of which found its way onto private properties and at least one private drinking well. Neighbors of the Braidwood plant were skeptical then and remain so.(Madison Hopkins/BGA via AP) 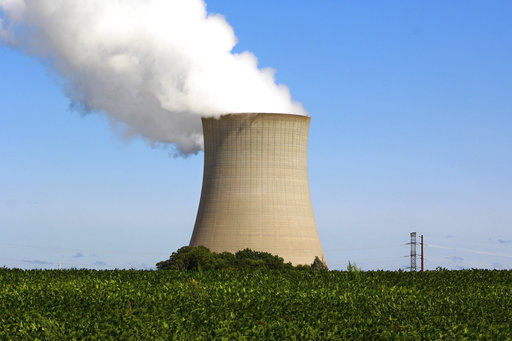 This Sept. 1, 2017 photo shows the Byron Nuclear Generating Station in Byron, Ill. The Byron nuclear plant leaked radioactive waste into groundwater under the plant's property in 2014. Byron is one of five nuclear plants in Illinois that reported similar leaks over the past decade. Exelon's Illinois nuclear power plants more than a decade after discovery of chronic leaks led to national outrage, a $1.2 million government settlement and a company vow to guard against future accidents, according to federal and state record reviewed by Better Government Association. (Madison Hopkins/BGA via AP)