They also vowed to strengthen the “force field” built up over the years that has made the state easily the most abortion-friendly in the Midwest.

At the same time, Republican candidates for governor praised the draft decision striking down Roe — which was reported by Politico Monday night in an unprecedented leak — while promising to curtail abortion rights if elected.

“Illinois is a beacon of hope in an increasingly dark world,” said Pritzker, flanked by dozens of mostly female Democratic lawmakers in Chicago early Tuesday, “because we will fight like hell, not just for the women of Illinois but for every person in our state and every person across this nation who believes not in limiting civil rights and human rights but in expanding them.”

He said the expected decision from the court spells out what’s at stake, and it does not stop at abortion access.

“We were warned about today,” Pritzker said. “We were warned over and over and over again. And yet some folks didn’t want to believe it. So let me put you on alert again: If you think the Republican politicians who have engineered the court’s reversal of Roe v. Wade are going to stop here, let me tell you otherwise. This is just the beginning.”

“Next, they’re coming for marriage equality,” Pritzker continued. “Then they will take away civil rights for marginalized and minority communities. If this ruling stands, if they can reverse 50 years of settled law, then every Supreme Court decision that has made this country freer and fairer, can be reversed by this court.”

The issue has the potential to upend the Illinois governor’s race as well as state legislative races, where the main issues to this point have been inflation and crime.

Illinois Republicans were less quick to comment on the news. Many praised the likely outcome but did not commit to supporting a full ban of the procedure.

In a statement, venture capitalist and GOP governor candidate Jesse Sullivan called for the end of late-term, partial-birth abortions, halting taxpayer funding of the procedure and bringing back parental notification for minors.

But he said that the draft ruling, which would put the decision into the hands of the states, “threatens to make Illinois’s current abortion laws even more heinous, and abortion tourism even more prevalent.”

Sullivan said “the difference is life and death” now between electing a Republican or a Democrat.

“This race for governor is even more clear today — it’s between politicians we can’t trust and the mistakes of the past on one side, and a campaign that proudly puts faith first and a chance to make a real change on the other,” Sullivan said.

State Sen. Darren Bailey, R-Xenia, in a statement, reiterated that he opposes abortion.

“We live in a state where Democrats hold a supermajority in both chambers, but our laws are too extreme,” Bailey said. “As Governor, my focus will be restoring parental notification, ending taxpayer-funded abortion and prioritizing and ensuring viable options that save lives and support women and families before, during, and after pregnancy.”

“We must as a state and a country do all we can to protect the rights of the unborn,” he said.

Aurora Mayor Richard Irvin, considered a frontrunner, will not comment until the Supreme Court puts out a final ruling, his campaign said.

Amy Gehrke, executive director of Illinois Right to Life, said the focus of her organization “will remain on restoring protection to the most vulnerable in our state as well as ensuring their mothers have the resources they need to choose life as well as parent confidently.”

If the constitutional right to an abortion is struck down, it would likely revert the issue back to the states, thus raising the stakes in the 2022 election.

Pritzker did not mince words about the choice voters have in November.

Legal and accessible in Illinois

Illinois has become an island of sorts for abortion rights in the Midwest, enacting among the most liberal reproductive health laws in the country in recent years.

In 2017, then-Gov. Bruce Rauner signed House Bill 40, which permitted state health insurance and Medicaid coverage for abortions and removed “trigger law” language that could have made the procedure illegal in the event Roe v. Wade was overturned.

In 2019, Pritzker signed the Reproductive Health Act. The law enshrined reproductive health care — including abortion access — as a “fundamental right” in Illinois.

And late last year, Pritzker signed legislation repealing a 1995 law that requires an abortion provider to give an adult family member at least 48 hours notice before the procedure is performed on a girl under the age of 18.

All of this means that if the Supreme Court follows through with striking down the constitutional right to an abortion, the procedure still will be legal and accessible in Illinois.

In fact, Illinois abortion providers have been expecting this and planning for it.

Jennifer Welch, CEO of Planned Parenthood of Illinois, said the organization is “furious” but ready to handle a post-Roe future.

“We have been preparing for this decision for years, and we will continue to ensure that every patient, no matter where they live, has access to the health care they need and deserve,” Welch said.

The Fairview Heights site is operated by Planned Parenthood and Granite City-based Hope Clinic for Women. It arranges for travel and lodging, and connects patients with resources, such as financial assistance.

Planned Parenthood has projected that an additional 14,000 women from Arkansas, Kentucky, Missouri, Oklahoma and Tennessee would likely travel to Southern Illinois for abortion care if Roe v. Wade is overturned.

Every state surrounding Illinois either has a “trigger” law that would ban abortion if Roe is overturned or severely restricts the procedure.

However, Democratic lawmakers said they would not rest.

“And no law we pass here in Illinois will help us then,” Cassidy said. “So we cannot rest on these rights.”

In the meantime, Cassidy said she will be thinking “about what else our force field needs.”

Hell no! In Illinois, we trust women. We cannot let their most profound and personal rights be violated. https://t.co/ksvR0vkgw1

When we heard the incredible news tonight we dropped to our knees and said a prayer as a family in gratitude for all the lives that will be saved. And then we said the pledge of allegiance. The flag looks different after this ruling - it shines even brighter. 🙏🏻🇺🇸

I never thought I’d actually live to see this awful f-ing day and I’m enraged - absolutely lividly enraged down to my tiniest blood cell - that I have. https://t.co/t0beu2Gh0E

We are the pro-life generation. https://t.co/y9jTkOzwSn

The draft opinion overturning Roe v Wade allows for the criminalization of abortion-even in the case of rape and incest. Massive setback for reproductive rights. Alito is “egregiously wrong” and Congress must act NOW. https://t.co/JDNEy0RrVK

“It is time to heed the Constitution and return the issue of abortion to the people’s elected representatives.”

Thrilled to read this preview of what’s to come from SCOTUS.

Even when you know it’s coming, a punch in the gut still hurts. I’ll have more to say soon, but tonight I’m going to allow myself to feel that punch. https://t.co/Fh6wN1x7bn

“Some such supporters have been motivated by a desire to suppress the size of the African American population,” Alito writes “It is beyond dispute that Roe has had that demographic effect. A highly disproportionate percentage of aborted fetuses are black.” https://t.co/WHocDMO7vJ

"It's a draft opinion, but the extremist majority on the Supreme Court appears to be engaging in an attack on American women that undermines Constitutional freedoms....#SCOTUS #RoeVWade #IL17

Gut wrenching and all too real. Women, girls, trans men, and non-binary people across our country will lose their lives as a consequence of this decision.

Going to bed early so we can rise early and continue the work. https://t.co/QCkVAf4e4Y

If the draft opinion is accurate and the Supreme Court is about to overturn Roe—and with it, nearly 50 years of established precedent—millions of women across America will be denied their rights and America will be less free. We are staring down an emergency.🧵

Our Justices need your prayers to stand up to the radical abortion industry and Defend Life!

The unborn have no voice to speak for themselves, we march for them and tonight we must pray for them!

Let’s be clear: this is not final and the far-right Supreme Court majority will not have the last word.

The American people will. Tonight, it’s important we get loud, organize and demand action from the Senate.

What we're seeing tonight on Roe v. Wade is a horrendous attack on our fundamental right to choose, and we will fight against it with everything we've got. You have my word: I will do everything I can to guarantee your right to an abortion.

The leaked SCOTUS opinion on Roe v Wade will set women’s rights back generations. Black women & those living in rural areas will be worst impacted.

We must codify the right to safe abortions.

Put pro-choice majorities in the House and Senate this November and we fix this, permanently.

And tomorrow, get to work.

Read my statement on the likely SCOTUS decision here. We'll fight every day to win this seat and protect reproductive health.https://t.co/LLN0FuyiqZ

This is just wrong!!! But I’m glad we live in Illinois where we trust women! https://t.co/UkugB9nsjM

As a Pro-Life lawmaker, I’ve long advocated for an end to the Roe decision. It was wrong from the beginning, and I hope the Court’s pending decision empowers states to enact pro-Life laws and protect the unborn. https://t.co/eE13wUSkQb

A crowd of people gathered outside the Supreme Court early Tuesday in Washington. A draft opinion circulated among Supreme Court justices sugg… 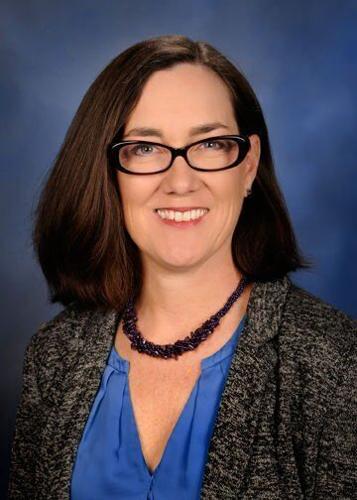 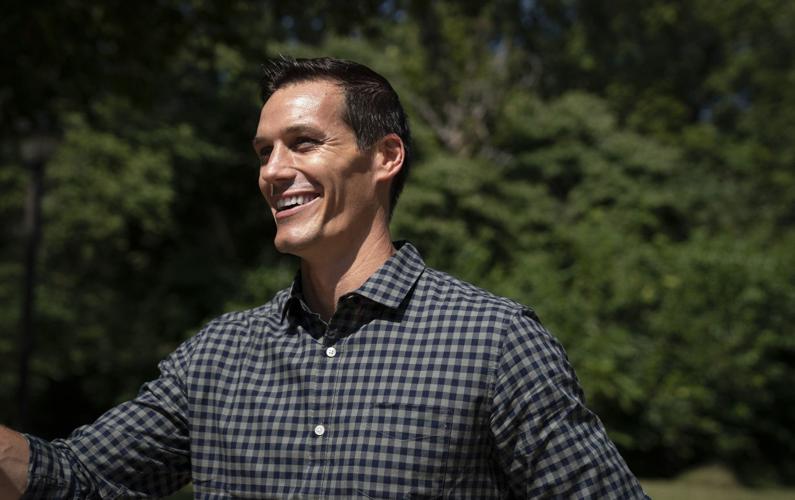 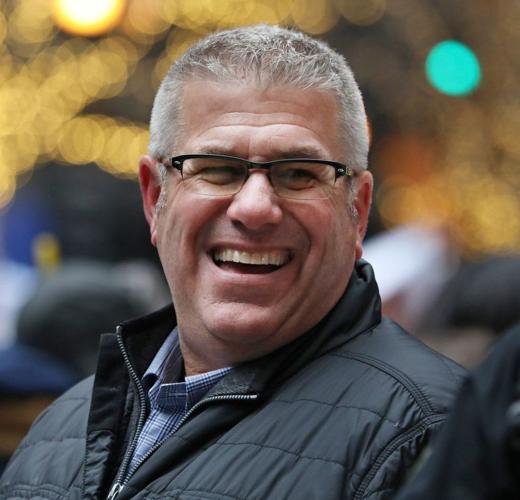