CARBONDALE, Ill. — Irvin Peithmann’s many documents, writings, photographs and artifacts became dispersed over his career and after his death in 1981.

But the amateur archaeologist’s work has found its way home to Southern Illinois at the perfect time.

Peithmann discovered a passion for archaeology in boyhood, unearthing arrowheads while working the plow on his family’s Washington County farm.

He would continue to dig for artifacts throughout his life, writing books, publishing in academic journals and earning a job as Southern Illinois University Carbondale’s curator of archaeology, despite holding no college degree.

His discoveries shed new light on the lives of the native people who inhabited Southern Illinois from about 12,000 years ago until indigenous people were driven from the state by pioneers expanding westward in the early 1800s.

He discovered the Modoc Rock Shelter in Randolph County — the oldest known Native American shelter east of the Mississippi River — containing skeletons over 11,000 years old, published some of the earliest books on Native Americans in Southern Illinois, and surveyed along the Mississippi River to identify the original location of Fort de Chartres, a French government outpost whose early iterations were destroyed by flooding.

A 10,000-year-old cache of spear points recovered near Johnston City, dating back nearly to when mastodons and woolly mammoths roamed Southern Illinois, could provide new information about how far early Southern Illinoisans traveled and with whom they traded, said Tamira Brennan, the CAI’s curator.

A singularly large stone Ramey knife from Pope County may help expand historians’ ideas about the design and use of such blades by the Mississippians, who lived at Cahokia Mounds and across Southern Illinois from about 1,100-550 AD.

“She contacted us out of the blue,” Wagner said. “I can’t thank her and the family enough.”

The donation closes 40-year holes in the university’s archives: besides Peithmann’s discoveries, it contains several relics that disappeared from the SIU University Museum.

Far from any foul play, Wagner suspects Peithmann had taken the relics home for scholarly study and that they were mixed into his collection after his death. Having them back is a boon, he said, and already the university has been contacted by professional archaeologists interested in Peithmann’s materials.

But weaving stories about the ancient past requires more than just stone tools: archaeologists want to know where exactly the items were found, in what array and condition and what accompanied them.

That’s where SIU had another stroke of luck.

Not long before receiving the Peithmann collection, the university was contacted by the estate of Herb Meyer, a friend and former co-worker of Peithmann’s who died last year. Meyer had been given Peithmann’s papers, including notebooks describing his surveys and the relics he found.

His inheritors sought to return them to the university.

“It’s a unique situation. For the first time, we’ve got the artifacts back and the written record to go through them,” Wagner said. “The papers may greatly add to the research value.”

As Brennan works to document and classify the knives, stone weights and ax heads, she and Wagner expect students will tackle the process of pouring through Peithmann’s records to learn as much as they can about the artifacts.

“I think this is going to have long legs,” Brennan said. “It think it will get a lot of use with the museum and with students.”

Wagner interviewed Peithmann just a year before his death, when he donated a set of photographs to the Illinois State Museum. Wagner, then an archaeologist with the Illinois Department of Conservation, found Peithmann lucid but in great pain.

Peithmann came of age amid what Wagner describes as the “professionalization” of archaeology in the U.S.

The Smithsonian led the first professional archaeological surveys in Southern Illinois in the late 1800s, excavating burial mounds to dispel the popular and racist theory that Native Americans could not possibly have built such grand structures as the mounds at Cahokia.

It also saw the significant contributions from amateur archaeologists like Peithmann.

“Back then amateurs worked closely with professionals,” Wagner said. “The excavations he participated in, the conferences he attended: It shows you he was regarded as a colleague back then. But as archaeology developed, it got much more specialized, and I think he kind of got left behind.”

As college credentials became a requisite for professional archaeology, Peithmann moved to other jobs at SIUC.

But he didn’t stop his research.

“He may not have been formally trained but he definitely ... thought of himself as a professional archaeologist,” said his granddaughter, Peithman Stock. “He was larger than life.”

For his part, Peithmann lamented the rift between amateurs and academics.

“From time to time local collectors of Indian relics have made finds in Southern Illinois worth recording. Too often after the finds have been made, the facts have been forgotten and never brought to the attention of trained Archaeologists,” he wrote in 1947.

Today, Illinois is working to rekindle collaboration between the groups, encouraging researchers like Brennan to reach out to private collectors, many of them rural Southern Illinoisans like Peithmann.

“We want to document what they have so we know what sort of research value is there, and give them the option to share their contact info with archaeologists who may want to contact them to study their collections,” Brennan said. “We can help identify and document their findings.”

With help from the Center for Archaeological Investigations, the SIU University Museum is planning an exhibition of the Peithmann collection and Peithmann’s writings, Wagner said. Dates will be announced later.

The CAI will also be nominating the Peithmann family for a public service award from the Illinois Archaeological Survey, Wagner said.

On the heels of a busted forecast last Friday, the St. Louis metro area could see snow, sleet and freezing rain over the next couple of days.

The dispensary, The Green Solution, has been selling marijuana to medical marijuana patients since 2015 at its location at 2021 Goose Lake Road in Sauget, near GCS Ballpark.

The short video clip shows a man repeatedly kicking an injured young deer in the head and body and laughing as it flails.

Family of Swansea firefighter killed in crash to launch nonprofit

Brett Korves' family is establishing Brett’s First Responders to offer aid to the families of emergency personnel killed outside the line of duty.

The first section of the interstate, between Interstate 64 and Old Collinsville Road, will close on Feb. 1

The patient is a Chicago resident in her 60s. She is in isolation at a hospital in Chicago.

Family of Swansea firefighter killed in crash to launch nonprofit

Brett Korves' family is establishing Brett’s First Responders to offer aid to the families of emergency personnel killed outside the line of duty. 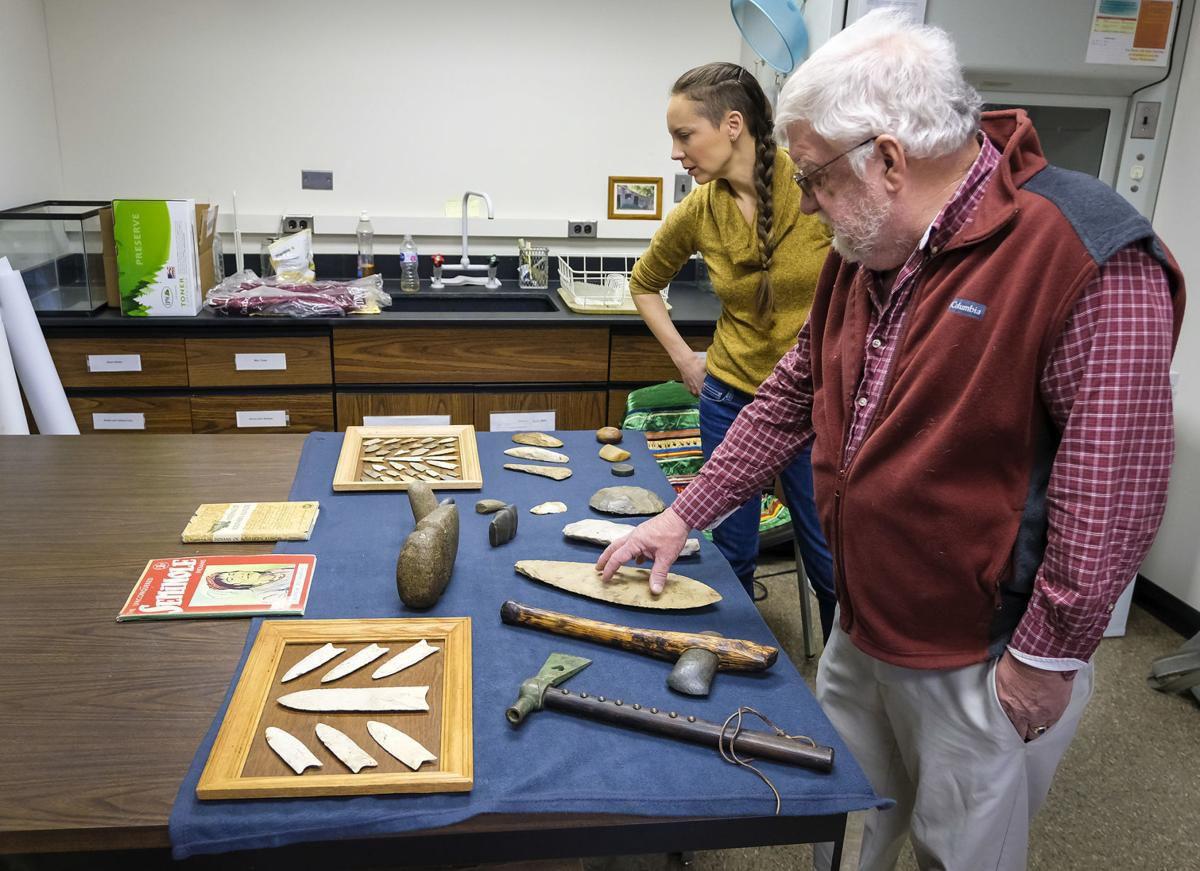 Tamira Brennan (left) and Mark Wagner of SIU’s Center for Archaeological Investigations look over artifacts believed to have originally been collected in Southern Illinois by Irvin Peithmann. Byron Hetzler, The Southern 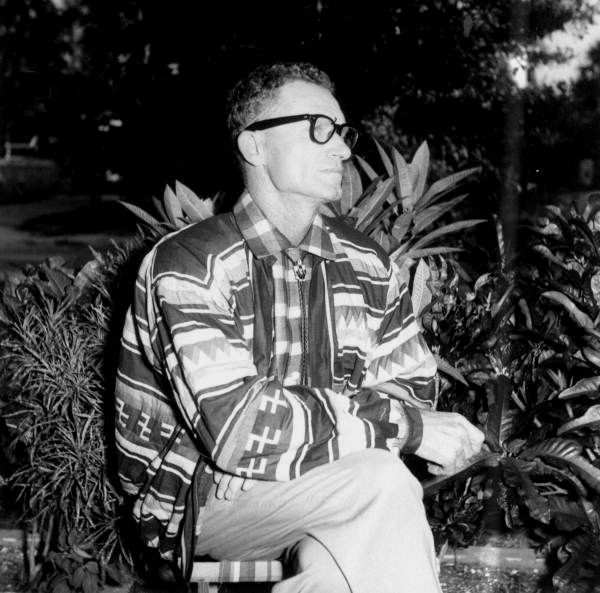 Irvin Peithmann conducts research on the Seminole Indians, in Florida, in the late 1950s. Courtesy, State Library and Archives of Florida