ST. LOUIS — Among the winners of licenses to sell medical marijuana products in Missouri are multistate retailers and local business owners who have been sued in other states over alleged fraudulent practices.

They include two Kansas City-area men who helped lead the Missouri Cannabis Trade Association. They were sued over alleged misconduct.

In recent months, the state Department of Health and Senior Services has faced criticism from rejected applicants — and now faces scrutiny from a Missouri House investigative committee — for the way it handled applications from roughly 700 business groups competing for 338 licenses to grow, process or sell marijuana. Hundreds of applicants poured thousands of dollars into their business plans. The state hired a third-party company to score applications in a blind process on a wide range of criteria that included “the character, veracity, background, qualifications, and relevant experience of principal officers or managers.”

A Post-Dispatch review found out-of-state pot executives as well as board members of the Missouri Medical Cannabis Trade Association, or MoCannTrade, a key industry group, are tied to about two dozen business groups that each won five or more of those licenses.

Payday loan companies Josh Mitchem operated in the Kansas City region were accused by the states of New York and Arkansas of predatory practices.

Former Arkansas Attorney General Dustin McDaniel sued Josh Mitchem, PDL Support LLC and Platinum B Services LLC in 2012, alleging they used multiple limited liability companies purportedly based in the West Indies to charge borrowers triple-digit interest rates on short-term loans through a number of websites meant to shield them from liability. In a settlement, Mitchem denied the allegations and agreed to pay $80,000 and to stop lending in Arkansas.

In 2017, two payday lenders linked to Josh Mitchem agreed not to lend in the state of New York and forgive millions of dollars in loans there after the state’s Department of Financial Services accused the companies of predatory practices using high-interest loans online. Mitchem’s company, E-Finance, and a partner company, Total Account Recovery, agreed to pay at least $45,000.

Josh Mitchem did not respond to requests for comment.

A spokesperson for Clovr said Mitchem was traveling Wednesday but that the lawsuits were not relevant to licensing because the applications and associated letters of recommendation were stripped of identifying information before they were scored.

The company was denied other licenses — three cultivation, one manufacturing and five dispensaries — and is appealing the denials. Meanwhile, Clovr plans to make a wide range of infused products at its processing plants in Kansas City.

Mitchell was previously CEO of Thunderbird Resorts, a publicly traded company that owns casinos and other properties in Latin American countries, until he was terminated in 2012. Thunderbird sued Mitchell, a Canadian business partner and companies they operated in 2015 in U.S. District Court for Southern California alleging the two embezzled profits from co-managed casinos that were meant to go to Thunderbird. Some funds were used to buy a property in Costa Rica for Mitzim Properties, a Nevada company Mitchell and Zimmer operated, the suit alleges.

In March, a federal judge in San Diego ruled that the arbitration court’s findings in Mitchell’s favor were binding on the fraud lawsuit because the 2012 termination agreement required the issues be resolved through arbitration. But the judge denied a motion by Mitchell and Mitzim to be removed as defendants. 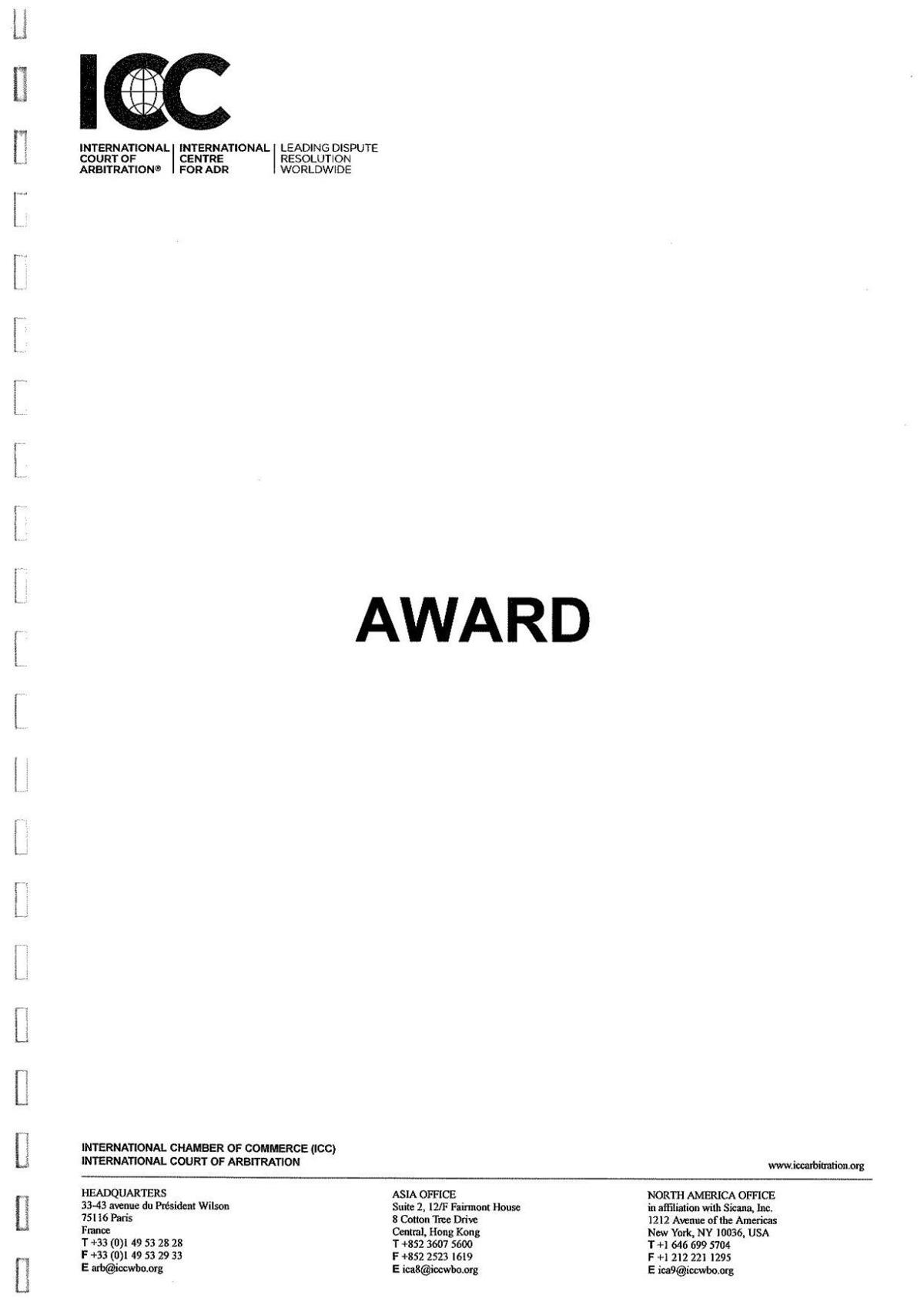 The Canadian business partner, who lives in Costa Rica, was removed a defendant for lack of jurisdiction. The California district court ordered Taloma Zulu, a Panama company he operated, to pay $407,643.24 to Thunderbird Resorts.

Mitchell, who denied all allegations, said Thunderbird lacks evidence to pursue the case against Mitzim, the Nevada company he operated, but is delaying in an attempt to pay money owed him.

“They would have to find somebody at Mitzim that did something wrong and the only person that 100% managed Mitzim was me, and when they lost against me they lost against Mitzim,” he said. “These guys are just trying to find a way to buy time and they’re very good at it.”

Meanwhile, he and his partners are focused on medical marijuana in Missouri.

“We’re focused over here on trying to get our dispensaries open and we’ve got a transportation license open with Mo Hemp so we’re just trying to executive those businesses and make them successful,” Mitchell said. “And keep our head down because there is so much noise with all of these things.”

Mitchell was previously on MoCannTrade’s board of directors, and was chair of government affairs for the organization. 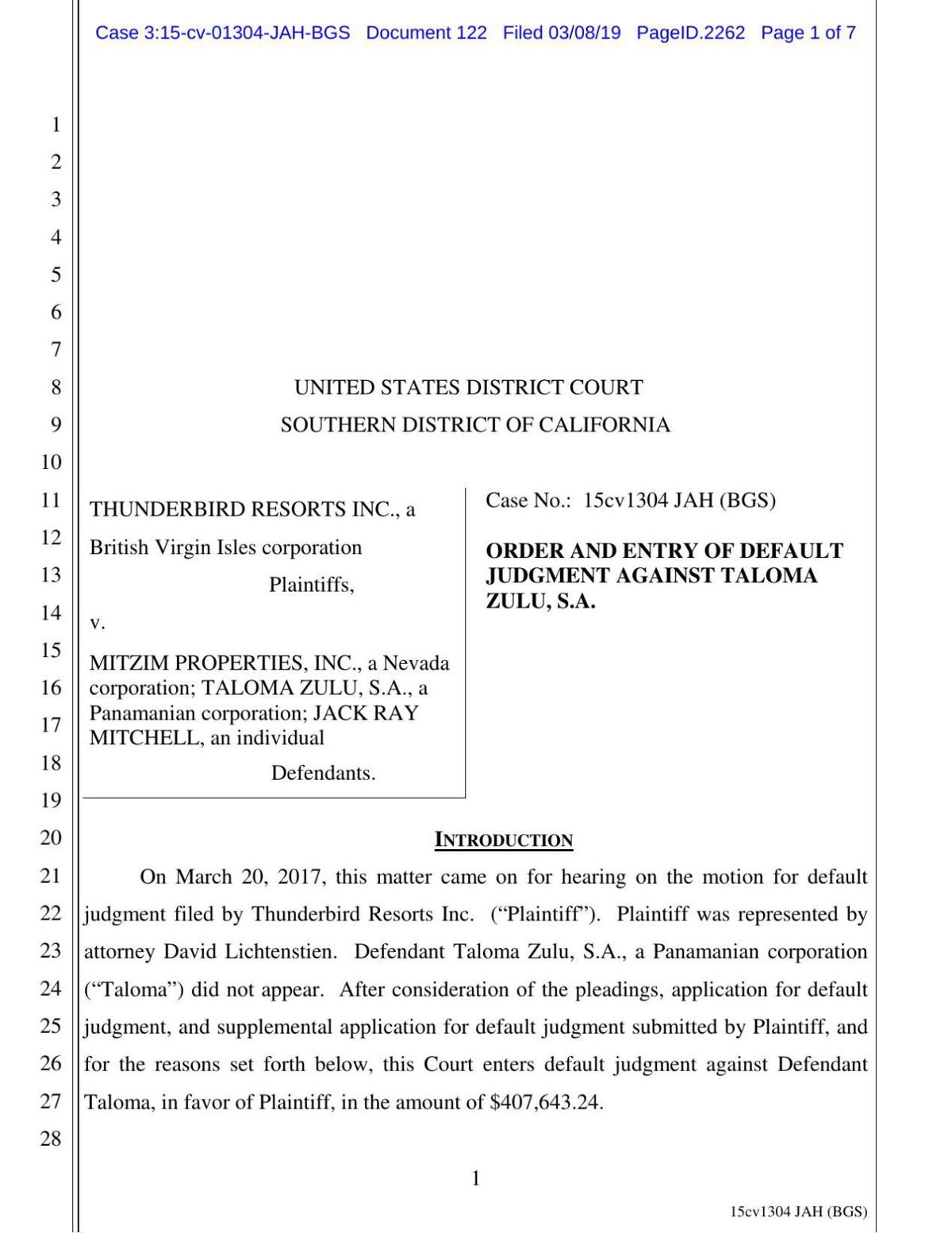 Meanwhile a multistate retailer that won several licenses in Missouri faces a lawsuit in Nevada for allegedly cutting partners out of an agreement to jointly operate new marijuana businesses, according to the Las Vegas Review-Journal.

Chicago-based Verano Holdings, which won four Missouri marijuana business licenses, was sued in Clark County District Court in Nevada by a business partner alleging the company broke agreements to jointly share newly won licenses with their partners. Verano agreed to jointly apply for the licenses but then cut out the partners, according to the suit.

The suit, filed by Naturex and BB Marketing, also claims Verano misappropriated trade secrets in filing the applications and petitions for $135 million in damages. Verano did not respond to requests for comment.

Meanwhile, dozens of rejected applicants have filed appeals with the Administrative Hearing Commission, challenging the state’s limit on business licenses as well as a ZIP code bonus that gave extra points to applicants in certain high-unemployment areas.

Editor’s note: A previous version of this report incorrectly stated that Jack Mitchell settled a lawsuit alleging fraud. This version corrects his status in the suit.

Buzz kill? Missouri lawmakers have their own ideas for medical marijuana program

Limits on physician consultations and marijuana-infused edibles could be in store for Missouri's medical pot program.

Missouri faces complaints over how it licensed marijuana businesses. So who won?

The Poplar Bluff Republican has described the medical marijuana scoring process as a ‘boondoggle’ with ‘serious flaws.’

Rejected applicants have assailed scoring discrepancies and possible conflicts of interest between the state’s third-party scorer and marijuana business applicants.