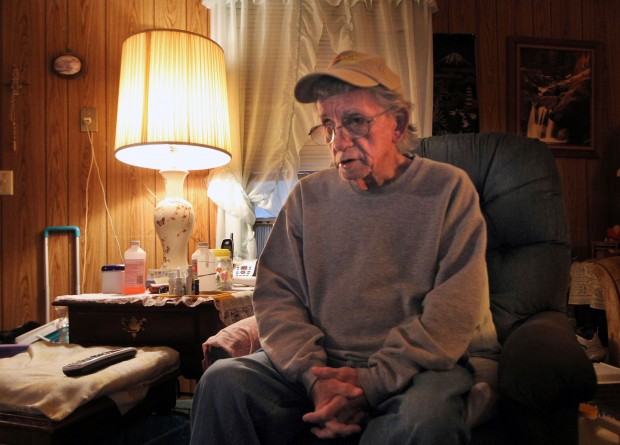 Tom Allen, a resident of Terrisan Reste mobile home park, laments living near the Bridgeton landfill on Wednesday, Jan. 30, 2013. “It smells like rotten eggs,” said Allen. He says he no longer enjoys going outside during the summer months to sit on his porch, which cost him $5,000. Photo by Laurie Skrivan, lskrivan@post-dispatch.com 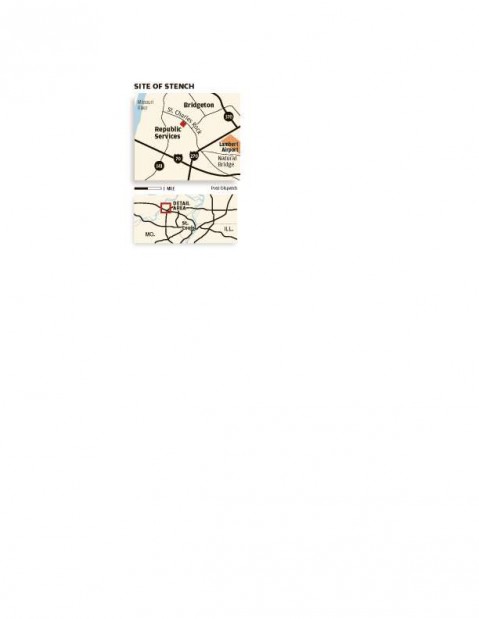 State regulators have begun testing the air quality around the Bridgeton Landfill after serving the operator notice that odors related to smoldering waste deep underground are a nuisance and violate state law.

The order from the Missouri Department of Natural Resources requires Republic Services Inc., based in Phoenix, to pay for the air sampling.

The state issued the order on Friday, the same day that the St. Louis County Health Department conducted its annual compliance inspection of the landfill and measured odors in excess of the limits set forth in state law.

An area deep within the inactive landfill has been smoldering for more than two years, emitting a foul odor that has led to numerous complaints from people who live and work in the area — even motorists on nearby Interstate 70.

Uncertainty about the air residents are breathing is also prompting health concerns.

The St. Louis County Health Department conducted on Friday a compliance inspection of the landfill and found odors in excess of the limits in state law, according to the DNR order.

The DNR began testing air quality around the landfill on Saturday. It will collect data for several additional days as weather allows, department spokeswoman Renee Bungart said in an email response to questions.

Republic said it had spent $10 million over the past year on new gas-extraction wells, flares, pumps and pipes at the inactive landfill, just northwest of Lambert-St. Louis International Airport.

The company estimates it will spend at least that much this year to address the source of the odor — faster-than-normal oxidation of waste that’s producing excess methane gas and temperatures that have topped 200 degrees.

The company has also established a website to help keep residents up to date.

Ongoing work at the landfill includes additional upgrades to the gas-management system and efforts to contain the underground smoldering. The projects are expected to take “a few months” to complete, during which time the odors may get worse before they get better, Republic says.

The company has also decided to cap most of the South Quarry, the area producing the odor, with a plastic liner once the other work is complete, spokeswoman Susan David said.

The liner is a solution that’s been used at other Republic landfills successfully, David said.

“That makes sure we’re absolutely capturing all gases,” she said.

The 52-acre Bridgeton Landfill was permitted in 1985 and stopped accepting waste in 2004. It is split into two areas known as the North and South quarries. The underground smoldering is currently limited to the South Quarry.

Problems at the landfill began in December 2010 with the reporting of elevated temperatures at some gas extraction wells. Tests the next month discovered higher-than-normal concentrations of hydrogen and carbon monoxide and reduced methane, which are an indication of a subsurface fire.

Air samples 'did not exceed a level of concern'

Attorneys for the state and Phoenix-based Republic Services met with Judge Michael T. Jamison in his chambers this afternoon.

As odors from Bridgeton Landfill fire intensify, so does concern

Tom Allen, a resident of Terrisan Reste mobile home park, laments living near the Bridgeton landfill on Wednesday, Jan. 30, 2013. “It smells like rotten eggs,” said Allen. He says he no longer enjoys going outside during the summer months to sit on his porch, which cost him $5,000. Photo by Laurie Skrivan, lskrivan@post-dispatch.com