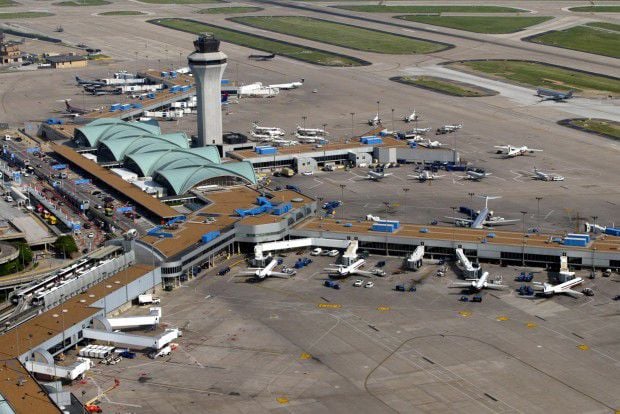 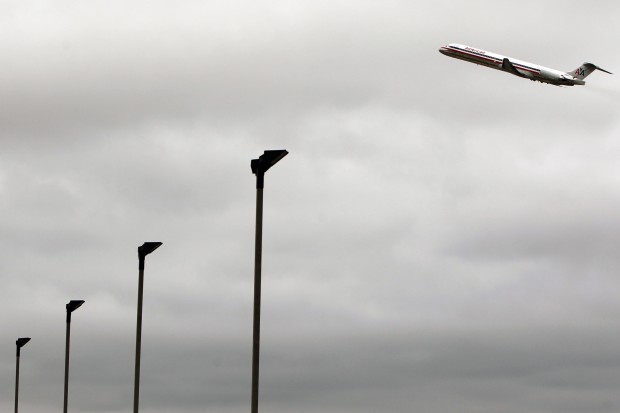 American Airlines would keep four gates at Lambert-St. Louis International Airport but shed $2.3 million a year in payments to the airport under a proposed deal with the city.

The agreement is expected to be filed next month with the U.S. Bankruptcy Court in New York, where American’s parent, AMR Corp., filed for bankruptcy protection in November 2011.

Among the airlines at Lambert, American ranks No. 2 in flights, behind Southwest Airlines, with 30 departures a day to six destinations. American will continue to occupy four gates in the airport’s C Concourse through the end of its lease in June 2016, airport officials said.

American, however, will see its leased space inside the airport shrink to 39,219 square feet by April 1, 2013, from 65,738 square feet last March 31. The carrier has agreed to pay Lambert $722,811 in debt from before the bankruptcy filing and other pending amounts that are still due the airport, officials said.

“They could have rejected the whole lease,” said Susan Kopinski, deputy director of finance and administration at Lambert. “This was actually a very good deal.”

Airport officials were unable to estimate how much American will pay before and after approval of the settlement. In addition to leases, airlines pay landing fees based on the weight of inbound jets.

But under the agreement, American has agreed to pay about 40 percent of its $542,072 annual share of terminal improvements. Lambert officials will file a claim in bankruptcy court for the remaining 60 percent.

While it is not a direct part of the bankruptcy proceedings, American is returning its cargo lease space at the airport by the end of the year. The current $353,730-a-year lease expired at the end of June.

American will contract with a private company to handle its cargo.

The carrier will renew its hangar lease through June 2016, according to the agreement. American will pay $461,000 a year; it also is assuming its lease of two jet bridges.

“We are happy we are able to work with the city to come up with a deal ... on terms that are agreeable to both parties,” said American Airlines spokesman Sean Collins.

AMR has requested that the bankruptcy court extend until March 11 the period which the carrier has the exclusive right to file its plan for reorganization.

The St. Louis Airport Authority ratified the proposed agreement on Wednesday. It must still be approved by the St. Louis Board of Public Service, the Estimate Board and the Board of Aldermen.

Last Thursday, Kopinski shared news of the proposal with representatives of other airlines at Lambert.

Kopinski said the airport should be able to absorb the shortfall with the help of a $2.7 million increase in retail revenue from its new concessionaire, the Hudson Group of East Rutherford, N.J.

Hudson, which is replacing Atlanta-based Paradies Shops Inc., guaranteed a minimum of $4.5 million a year in concession revenue in each of its first two years, and $4 million in each remaining year of the 10-year agreement. The guaranteed income is an increase over previous gift-and-news proceeds.

Kopinski said the airport is looking at other new sources of income, including a temporarily shelved plan to increase parking rates.

St. Louis is no stranger to such negotiations at Lambert.

In the 1990s, the city made a major concession to assist the financially ailing Trans World Airlines, which used Lambert as its midcontinental hub. American purchased TWA’s assets out of bankruptcy in 2001.

St. Louis, which operates the airport in St. Louis County, purchased TWA gates, buildings and some equipment at Lambert and forgave some of the carrier’s debt after it emerged from bankruptcy in 1993.

Southwest has asserted itself as the dominant carrier in terms of total flights out of Lambert, followed by Delta Air Lines at 39 daily flights and American’s 35.

Some airports are switching to no-cost service, but Lambert-St. Louis International remains among those that charge.

More than half of the 10 taps at St. Louis Brewmasters Tap Room in Terminal 2 will feature local craft beer. 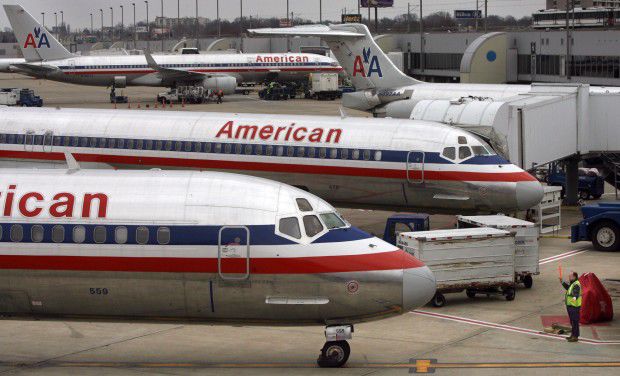 An American Airlines ramp worker guides a plane to a gate at Lambert-St. Louis International Airport on Nov. 29, 2011. Photo by Robert Cohen, rcohen@post-dispatch.com