Thousands jammed downtown for the parade on April 14, 1934, then rushed to Market and 14th streets to dedicate the city's new Municipal Auditorium and Community Center. (Eight years later, the massive limestone building would be renamed in memory of Henry W. Kiel.)

Kiel had been mayor when voters adopted an $87 million bond issue in 1923 for an ambitious list of projects, including $5 million for an auditorium - a must for any self-respecting big city after World War I. Lawsuits by property owners delayed the project into the Depression, when cash in the bank came in handy for hiring 2,000 hungry construction workers. Work began in July 1932, by former Mayor Kiel's own construction company.

The 28-minute parade heralded two weeks of celebrations for the new community treasure. More than 500 people attended a luncheon at the Hotel Jefferson, where Dickmann told a live national radio broadcast, "We present St. Louis to the nation as the ideal convention city."

A Post-Dispatch special section went on at length about the dimensions and features of the 10-story building. The opera house seated 3,563. More than 400 flatcars delivered the exterior of Indiana white limestone. An early form of air-conditioning kept down the humidity. The opera house stage, 140 feet across, could be shared with the adjoining arena.

The opera house was finished in time for the parade. But even with a $137,000 boost from the federal government, the job ran out of money to complete the arena's interior. The city used the festivities to promote another bond issue.

In May, voters approved another $900,000. Workers packed their tools only days before the American Legion opened its national convention in the brand-new 11,345-seat arena on Sept. 23, 1935.

The city named the building for Kiel in 1943, shortly after his death. For almost six decades, it was St. Louis' town hall for presidential visits, civil rights rallies, basketball games, rock and symphonic concerts, religious gatherings and trade shows.

It all went dark in 1991, the arena demolished to make way for today's Scottrade Center. The opera house, renamed the Peabody, finally is under renovation.

Photos from the dedication of Memorial Auditorium in 1934

The night the 66 Park-In Theater closed. Do you remember these other lost St. Louis treasures?

On the weekend of Oct. 14 1993, the 66 Park-In Theater played its final show. On the bill at the Crestwood drive in that weekend were "The Program" and "The Good Son."

How the Veiled Prophet got its start: An era of class division in St. Louis in 1878 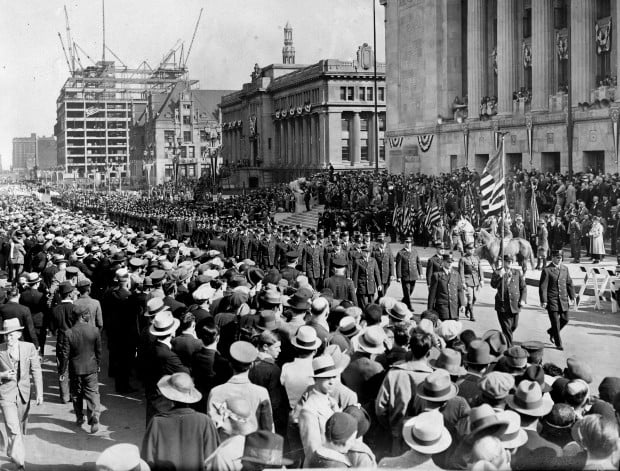 St. Louis firefighters pass the reviewing stand and crowd as the parade marches west on Market Street in front of the new building on April 14, 1934, for the dedication ceremony. The building under construction in the background is the (old) federal courthouse at Market and 12th (Tucker) Boulevard. The city now uses it for the St. Louis Circuit Court. (Post-Dispatch) 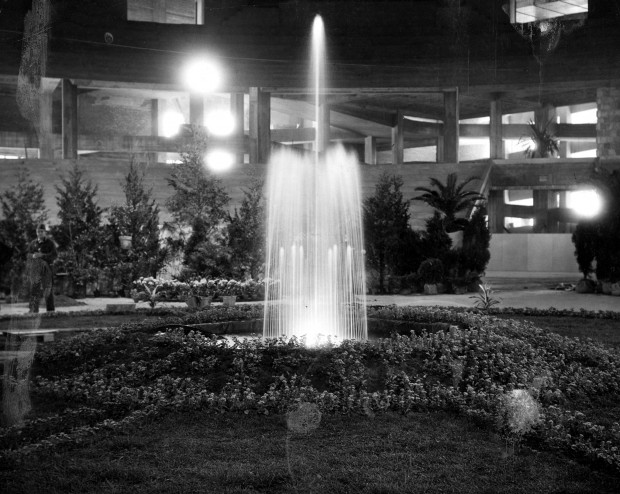 In April 1934, the city park department installed a fountain and flowers on the main floor of the unfinished convention hall side of the new building. (Post-Dispatch)
© Copyright 2021 STLtoday.com, 901 N. 10th St. St. Louis, MO | Terms of Use | Privacy Policy
Powered by BLOX Content Management System from TownNews.com.
You don't have any notifications.