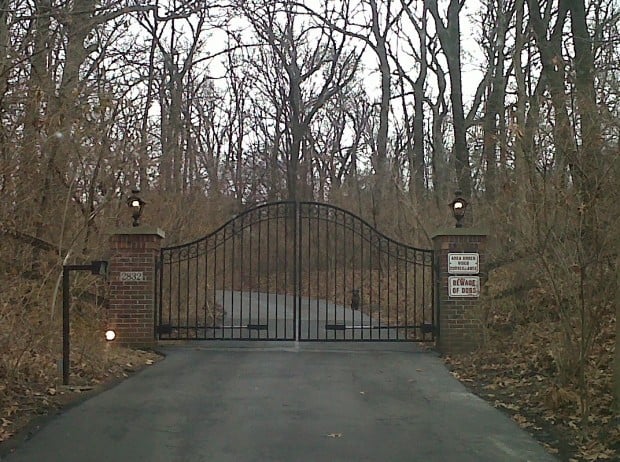 The gate outside the Huntleigh home of August Busch IV 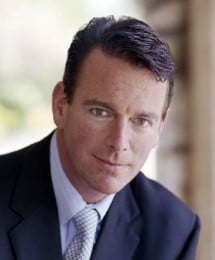 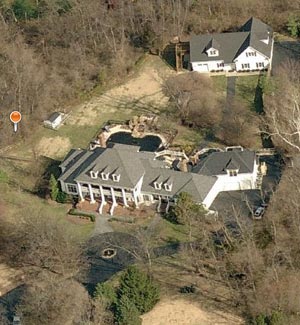 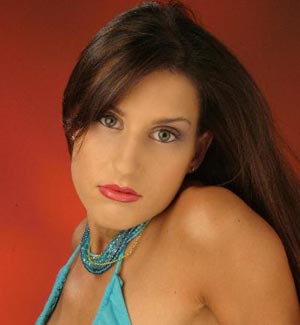 A 27-year-old woman was found dead Sunday at a home owned by former Anheuser-Busch chief executive August Busch IV in Huntleigh, the Post-Dispatch has learned.

Adrienne N. Martin, of St. Charles, was pronounced dead at 1:26 p.m., according to Suzanne McCune, administrator of the St. Louis County Medical Examiner's Office. The home is in the 2800 block of South Lindbergh Blvd.

McCune declined to release a cause of death. Toxicology and other tests could take a few weeks.

“There will be some tests that take some time to get results and nothing is finalized,” McCune said.

A law enforcement source told the Post-Dispatch that the death was initially being investigated as a possible overdose.

Friends of Martin told the Post-Dispatch that she and Busch had been dating for the last several months. It's not immediately clear if Busch was at the residence at the time of Martin's death.

After questions from the Post-Dispatch, Frontenac police, who cover Huntleigh, issued a statement this afternoon saying they received a 911 call at 1:15 p.m. Sunday about an "unresponsive person" at the home. Paramedics and police officers found a 27-year-old woman deceased and "with no apparent signs of trauma or other indications of cause of death," the release said.

Local attorney Art Margulis, who is a lawyer for Busch, told the Post-Dispatch: "I can tell you there is absolutely nothing suspicious about her passing, and it's a tragic and untimely death of a young person. A very kind young person, by the way."

Martin was divorced earlier this year from a 45-year-old man whom she married in 2002. They had been separated since February 2009, according to their divorce file. They had an 8-year-old son together and had joint custody of him.

Martin's ex-mother-in-law Fran Jerman, of Vandalia, Mo., said Martin was between jobs and talked of going back to school. Jerman said she had not had much contact with Martin recently and that the 8-year-old boy is in the care of his father.

Martin a few years ago posted photos and a bio of herself on a modeling website called istudio.com. She wrote that she was studying to be an art therapist and hoped to help children. She also wrote that she had been in pageants for several years and wanted to become a model. She wrote: "I really would like to do beer advertising! Since I have only just begun I can't wait for my exciting times ahead!"

Busch, 46, took over as CEO of the brewing giant in 2006, but his tenure ended with the sale of A-B  to InBev. Since the buyout, Busch has faded from public view.

The Post-Dispatch reported in 2009 that Busch had not been spotted at beer industry events, trade meetings or conferences. In January of 2009, he was granted a divorce from his wife of 2 1/2 years. After that, he was splitting time between a home near the Lake of the Ozarks and his home in Huntleigh.

In 1984, Busch avoided criminal charges after a car crash in Arizona that killed a 22-year-old woman.

The crash occurred on Nov. 13, 1983, outside Tucson, Ariz. Busch, 20 at the time and a student at the University of Arizona, left a bar with the woman and, shortly after, crashed his black Corvette, police said. The woman, Michele Frederick, was thrown from the car. Busch was found six hours later at his home, dazed and bloodied. He had suffered a fractured skull and claimed he had amnesia. Authorities later said his blood alcohol level at the estimated time of the accident had been below the legal level for intoxication in Arizona.

The investigation took seven months, after which authorities declined to press criminal charges, saying there wasn't adequate evidence to do so. They said the investigation took so long because of the "high profile" of the Busch family and because family lawyers had fought the taking of hair and fiber samples from Busch.

Shane Anthony, Susan Weich and Patrick O'Connell of the Post-Dispatch contributed to this story.

For Busch family, woman's death is latest in tragic history

‘Baronial Busches’ have had string of unusual brushes with the law.

Updated 7:55 a.m. Monday with detail from police that the call was the only one placed to police from the Busch residence Dec. 19.

The gate outside the Huntleigh home of August Busch IV