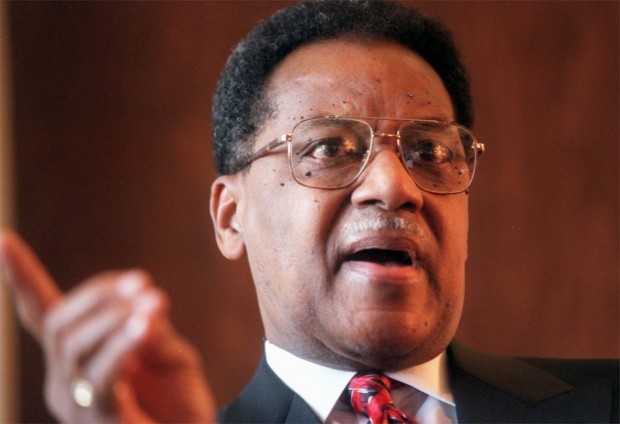 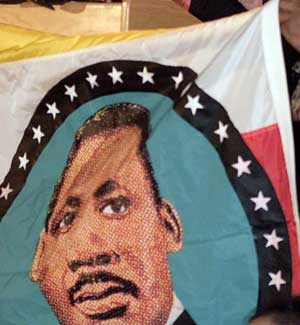 ST. LOUIS  • Just weeks before a federal holiday honoring the Rev. Dr. Martin Luther King Jr. was to be observed for the first time, Henry Givens got a call from then-Missouri Gov. John Ashcroft.

It was December 1985, and the governor wanted the Harris-Stowe State University president to help the state mark the occasion with its own observance.

"Henry, get something done by his birthday," Givens recalls Ashcroft saying about King, whose birthday is Jan. 15.

Missouri legislators had not yet acted on a bill that would make the day an official holiday in the state. Givens told Ashcroft he would be willing to head up the effort to organize events honoring the civil rights leader. But, he stressed, the governor would have to issue an executive order making Missouri the 21st state to recognize the holiday. Ashcroft complied, and the fledgling Dr. Martin Luther King Jr. State Celebration Commission sprung to action with Givens as chairman, pulling together 28 events around the state.

The commission that has helped grow Missouri's celebration over 25 years into the second-largest in the country, behind Atlanta, will head in a new direction after the King holiday is observed Monday.

After the speeches, the marches, the community service efforts, Givens is stepping down. Constance Gully, an administrator at Harris-Stowe whom Givens credits with overseeing a series of construction projects on the midtown campus in recent years, takes over as chairman.

After a quarter of a century, Givens said he will remain on the commission, making sure that it reaches every corner of the state, working with school and city leaders to organize events.

"King has been dead over 40 years. Look at the young people today, students on this campus. They weren't even born," Givens said from his office last week. "Young people, especially African-Americans, need to know what sacrifices have been made."

In the years following the creation of the King holiday, several states opted to create commissions aimed at jump-starting commemorations of the man killed in 1968. In Illinois, events have been organized by various groups.

Decades later, civil rights leaders say commissions such as the one in Missouri must stay in place to ensure programs that bring to light King's life and death continue to play out across the country.

Young people cannot assume that racial problems in the U.S. are resolved simply by electing a black president, said Charles Ogletree, a Harvard law professor who has written on race and criminal justice and will speak in St. Louis on Monday.

"Are we a postracial America? Sadly, no," said Ogletree, who taught both Barack and Michelle Obama in law school and continues to serve as counsel for the president. "We have one black man in the White House and one million black men in jail. We still have a long way to go."

The Missouri commission, appointed by the governor, has seen the money it receives from the state drop over the years to about $30,000 annually from $80,000. Corporate donations offset the drop in public funds, with the largest contribution coming from Anheuser-Busch.

The funds are used primarily to pay for speakers brought in for the annual kickoff celebration and for printing material such as this year's 184-page book listing King-related events. The 20 commissioners serve without compensation, although they can claim mileage reimbursement. More than half of the members live in the St. Louis region, and most of the meetings are held at Harris-Stowe.

Gov. Jay Nixon, who attended the kickoff celebration on Jan. 8 where Givens announced he was stepping down, said the commission plays an important role in the state and will continue to do so.

"With the passage of time, memories of significant events and of those who led and inspired us through those events can fade," said Nixon on Friday. "For the past 25 years, Missouri's MLK Commission has worked to ensure those lessons are not forgotten. Its mission will be no less important over the next 25 years."

St. Louis Mayor Francis Slay, who serves on the commission with Givens, agrees.

"It's important for us to honor him and keep his legacy alive and to keep his vision for a better America alive as well," Slay said.

A DAY OF SERVICE

In 1994, Congress designated the King holiday as a national day of service. The Corporation for National and Community Service, which runs AmeriCorps and other service programs and leads President Obama's national call to service initiative, United We Serve, was put in charge of leading the efforts.

Mark Bernstein oversees the Greater Philadelphia Martin Luther King Day of Service, the largest in the country with 75,000 volunteers.

He worked with Harris Wofford in the late 1980s, when Wofford was secretary of labor and industry for Pennsylvania. Wofford later served as a U.S. Senator and was a key player in getting the National Day of Service designation.

"We were working late one night in 1988, a couple days before the King holiday, and talked about how many had fought for federal recognition of the holiday, but yet for so many, especially young people, it was just turning into another day off, of sleeping late, going to the movies," Bernstein said. "We thought how ironic that was since King was a man of action, an enemy of apathy."

Around the region Sunday and Monday, several events will be held honoring King.

About 125 Harris-Stowe students along with AmeriCorps workers will deliver energy-saving light bulbs to 6,000 homes in the city's 22nd ward on Monday. Slay and members of his staff also will participate.

Other events Monday include a worship service in St. Charles calling on the community to help the homeless, the first ever King event in Collinsville, and a march from the Old Courthouse in downtown St. Louis that will end at an interfaith service at Powell Symphony Hall in Grand Center.

Bernstein said it's crucial that groups such as his and the one headed by Givens continue to challenge their communities to get involved in shaping the future.

Givens said he wants to see the commission grow to 25 members, with representation from parts of the state such as Joplin and northwest Missouri that are not very active in observing the King holiday.

"I'd love to have a representative from every four-year public institution," he said.

"Hidden homeless in St. Charles" to be focus of MLK Day service

The hidden homeless in St. Charles will be the focus of this year's interdenominational service on Martin Luther King Jr.'s birthday.