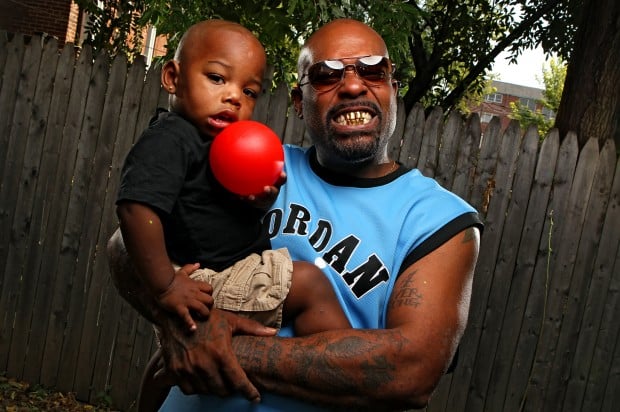 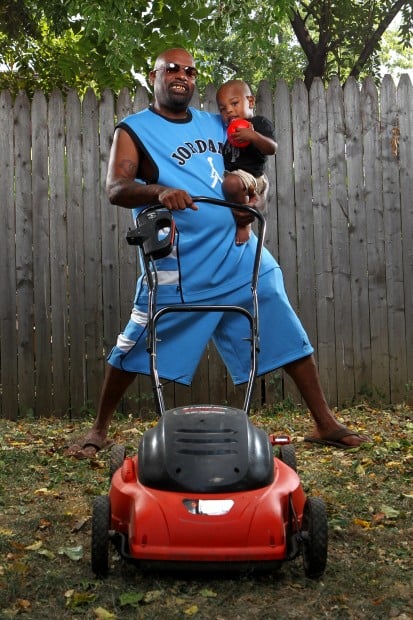 EDWARDSVILLE • The day last fall when George F. Blackburn went into the Madison County Courthouse and finalized the divorce from his third wife, he went looking for a fresh start.

So the 64-year-old Bethalto man walked to the clerk's office and turned in the paperwork to do something he has wanted to do for years — change his name to Led Zeppelin II.

"I reinvented myself," said Zeppelin. "Since I became Led Zeppelin, my life has improved a thousand fold."

What's in a name? It's more than letters on paper. It's an identity. And for hundreds of people who go to St. Louis area courts to have their names changed, it can be a new beginning.

One may want to correct a misspelling. Another may want a last name to match the loved one who raised him. A woman officially named Baby Young, according to her birth certificate, recently emerged from a St. Louis courtroom as Ella Cross, the name by which she has been known for all of her 57 years.

Immigrants may seek new names to conform to their new country.

Thomas Pham, a Vietnamese immigrant who already had his name changed, went to St. Louis Circuit Court recently to change the names of his daughter, Nguyn, 15, and son, Binh, 8, to Kayla and Brian. They were looking for new names to make matters at school — and life in America — easier.

In 1983, Judy and Paul Kmiecik of Smithton grew tired of hearing their Polish name mispronounced and having to spell it for others. They handed their kids a telephone book and told them to pick out something simple that begins with K, to preserve the initials. The Kmieciks became the Kents.

Judy Kent said her in-laws "weren't too happy," but the children adjusted well. She is now a supervisor of the civil and small claims division at the St. Clair County Courthouse, where she often fields questions about name change requests.

Sometimes, a new name is part of a more dramatic change. Theresa Counts Burke, a family court judge in St. Louis, sees it a few times a year. "Sometimes you'll call a name that is traditional male and you'll see a very beautiful female stand up in the back row," she explained.

People in the midst of sex change operations must attend to legal matters as well. Most recently, a 22-year-old who walked into a St. Louis courtroom as Synthia but walked out as Calvin seemed worried that he wouldn't get the copy of the documents right away. His doctor wanted a copy to proceed with the next step of his surgery, he told officials.

Officials say they have seen more name change requests in the wake of the Sept. 11 terrorist attacks 10 years ago, when tighter drivers license and passport laws began requiring more proof of identity.

"We've had people with trips booked and couldn't take them because of a name change dispute" that kept them from getting passports, said St. Louis Court Commissioner Seneca Nolan Jr., who said his own unusual first name, while "nice," sometimes gets in the way.

The legal process is simple: Fill out a petition with a reason for the change. The filing fee is usually around $200, plus a fee to publish a notice in a newspaper. After that, the matter is soon final.

Judges don't have much leeway to deny a request. In Missouri, they must find that a proposed name "would be proper and not detrimental to the interests of any other person," and that there is no intent to defraud creditors or hide from the law. There could be other hurdles, such as getting approval from a probation officer.

In a 1979 case in Gasconade County, Mo., a man wanted to change his first name to Sunshine. It's what friends and acquaintances called him for years, reflecting his disposition. A judge denied it, citing concern of a "possible detriment to society" if nicknames were added to legal names. Sunshine appealed and won.

Judges say some people feel it's easier to have a simple name in the digital age, perhaps shedding a hyphenated moniker. "They're tired of fighting the computers," suggested Madison County Judge Clarence Harrison.

With the resurgence of online genealogy research and the explosion of social networking sites like Facebook, some petitioners want distinct new names to make them easier to find, said Burke, the judge.

Some seek name changes to gain notoriety — or hide from it.

Chad Ochocinco, a wide receiver for the New England Patriots, legally changed his name from Chad Johnson in 2008 to pay homage to Hispanics and his jersey number. (Ochocinco is a combination of the Spanish words for 8 and 5).

Los Angeles Lakers forward Ron Artest is attempting to get his name changed to Metta World Peace, but a judge delayed it to provide time for him to satisfy pending traffic warrants.

Convicted Washington sniper Lee Boyd Malvo this year attempted to change his name while in prison, saying he wanted to protect himself from harm by other prisoners. A judge turned him down, saying he hadn't been assaulted yet and that other prisoners would know his background anyway.

Robert 52 Jackson of St. Louis is a huge fan of rapper Curtis James Jackson III, better known by his stage name 50 Cent. Jackson, formerly Robert James Reed, sought a name change a few years ago to create a "new heritage" for his family.

The 42-year-old said he liked how the number 52 "flows" and that he chose the slightly bigger number than 50 Cent "to stay on top of the game." His 2-year-old son is officially named 52, he said, and his daughter is named Elizabeth Queen.

Zeppelin said he had a childhood fascination with zeppelins, and has been a fan of the rock stars since seeing them live in concert in Chicago in the late 1960s. It has been a love affair with their music since. The "II" at the end of the name is after the band's second album, "Led Zeppelin II."

"I don't want to appear to be some off-the-wall, drug-addict idiot," he said. "I just changed my name from the standpoint that I can be a better person than I used to be."

He said it's a tribute to the music. "They changed my life, forever, and that's my whole reason for doing this."

When some fellow Led Zeppelin music fans learn his name, he said, they buy him drinks and dinner. They say they admire him for having the guts to do it. Even his ex-wife is supportive, calling him L.Z. or Zep.

Some folks still call him George instead of Led, and he said he's fine with that, too. "I want them to be comfortable."

Q: I am hoping that you can help me with a current problem that I'm experiencing. My wife, 13-year-old stepson and 5-year-old daughter are tak…