NorthPark going back to St. Louis County for more public help
0 comments
Share this
{{featured_button_text}}
1 of 3 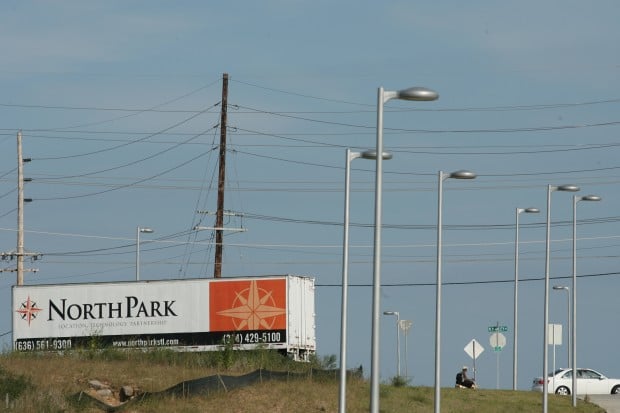 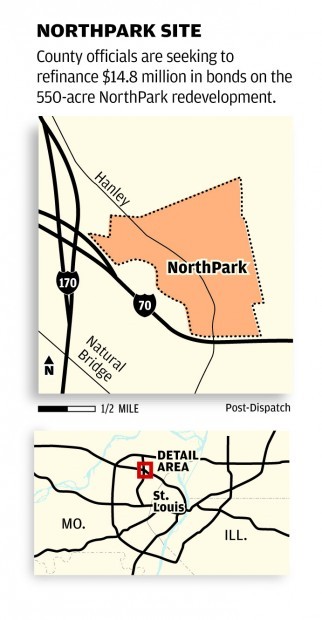 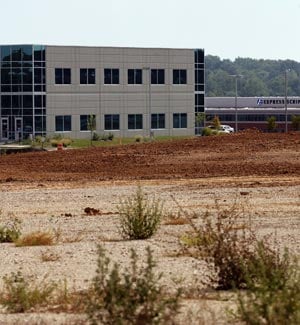 ST. LOUIS COUNTY • For five years, two of the region's biggest developers have been working to get NorthPark — a 550-acre business park east of Lambert-St. Louis International Airport — off the ground.

Now they want St. Louis County to help them buy some more time.

The County Council later this month will be asked to refinance $14.75 million in bonds on the project and issue $7 million more. The move could create some breathing room for joint developers Clayco and McEagle, but it could also put taxpayers further on the hook if something goes awry.

It would be more public help for the well-connected developers.

McEagle has led several of the region's biggest projects, from WingHaven in O'Fallon, Mo., to north St. Louis' stalled NorthSide, each of which has leaned on state and local subsidies. Its principal, Paul McKee, is also a chief architect of the region's China hub effort, for which lawmakers are mulling $60 million in new tax credits. Clayco is one of the region's biggest construction firms, and its president, Bob Clark, is a major Democratic political donor.

Meanwhile, it would deepen the county's commitment. One analyst likened the deal to refinancing your mortgage, with a public guarantee if you can't make the payments.

"The developers are not only seeking to refinance the mortgage, but they're also upping the size of it by almost 50 percent," said Brian Tournier, director of research with Ascent Investment Partners in Brentwood, which specializes in bond investments. "And the county, ultimately, will be on the hook."

The plan is a sign of the changed economic climate for mega-developments like NorthPark, which was launched in 2006, not long before the deep downturn that clobbered both banking and commercial real estate. It's also a reminder that the big development — designed to turn North County neighborhoods cleared for airport noise abatement into a business park humming with 10,000 jobs — has been slow to live up to lofty expectations.

NorthPark has had successes, chief among them two Express Scripts buildings built on North Hanley Road in the last two years. Those, along with a Vatterot College campus and a Hilton Garden Inn, are providing enough new tax revenue to meet the county's bond payments.

"We've done better than we expected," said Chris McKee, former president of McEagle and one of the project's architects. "We've built more office, and more expensive buildings, than what was originally anticipated."

Still, four years in, much of the 550-acre site sits vacant, with curb cuts stubbing out into empty fields. There's not much money to fund further work. And the banks that lend on these kind of projects face a much tougher environment, with higher capital requirements and balance sheets battered by collapsed real estate values. (Bank of America is NorthPark's lead lender.)

"In 2006, everybody thought the world would never go upside down," said Mike Jones, a top aide to County Executive Charlie A. Dooley and chairman of the board that oversees NorthPark. "Now the banks say, 'We want to accelerate payment on these loans.' And obviously in this climate, the collateral is not what it was."

The refinancing plan is designed to give the developers more flexibility so they in turn can extend their bank loans and keep the project afloat. It would essentially let the developers pay off their debt with any money left over after the county makes its bond payments.

"It gives us a great opportunity to lengthen our relationship with our current lenders in a way that really gives us the staying power that a business park of this caliber needs," said Clark.

But it also would expand the county's commitment to $22 million in bonds from the current $14.75 million. And while NorthPark today generates enough tax revenue to make those payments, if that were to change, the county would have to cover any shortfalls.

Jones, McKee and Clark all said they're confident that the project will generate revenue to pay down the bonds, that lower interest rates will counteract the extra borrowing, and that taxpayers won't see any new exposure.

"That was a keystone of the deal," Clark said. "That the county not take on any additional risk."

Still, it is facing some skepticism on the County Council, where a private financial adviser who works for the county presented a stark view of the project Tuesday.

"The development of the NorthPark area has been significantly hampered by the recession," said Jeff White, vice president of Columbia Capital Management.

Without restructuring the loan, White said, phase two of the redevelopment would be a nonstarter.

That prompted a question from Councilwoman Colleen Wassinger, R-Town and Country.

"Is it a safe investment?" she asked.

But on a more positive note, White cited Express Scripts, which has pledged $8.6 million in payments to the county by 2020, as a huge asset to the site. Their funds should more than cover the additional $7.3 million cost to pay down the bonds through 2027 under the new plan.

White asked the council Tuesday night to move quickly — the developers want the plan in place by Thanksgiving so they can nail down new deals with the banks. That prompted council Chairman Steve Stenger to interject.

"Frankly, this is ridiculous, that we're just hearing about this now," he responded.

Still, Stenger indicated Wednesday that he would support the plan.

"I don't really see this transaction as exposing the county to much more risk than we already face," he said. "The county knew the risks going in to this development. But that's a risk that you have to take if you want progress."

McKee's NorthSide project could get rights to Bottle District's TIF; areas could be combined in a joint 'reclamation area,' draw subsidies.

ST. LOUIS • Developer Paul McKee has already been widely criticized for exerting too much control over Jefferson City.

St. Louis' dreams of becoming a gateway for Chinese air cargo are going to need some more state funding to become reality. That was the message this week from supporters of the region's China Cargo Hub project.

Express Scripts is poised for another growth spurt. But will it be here in St. Louis?