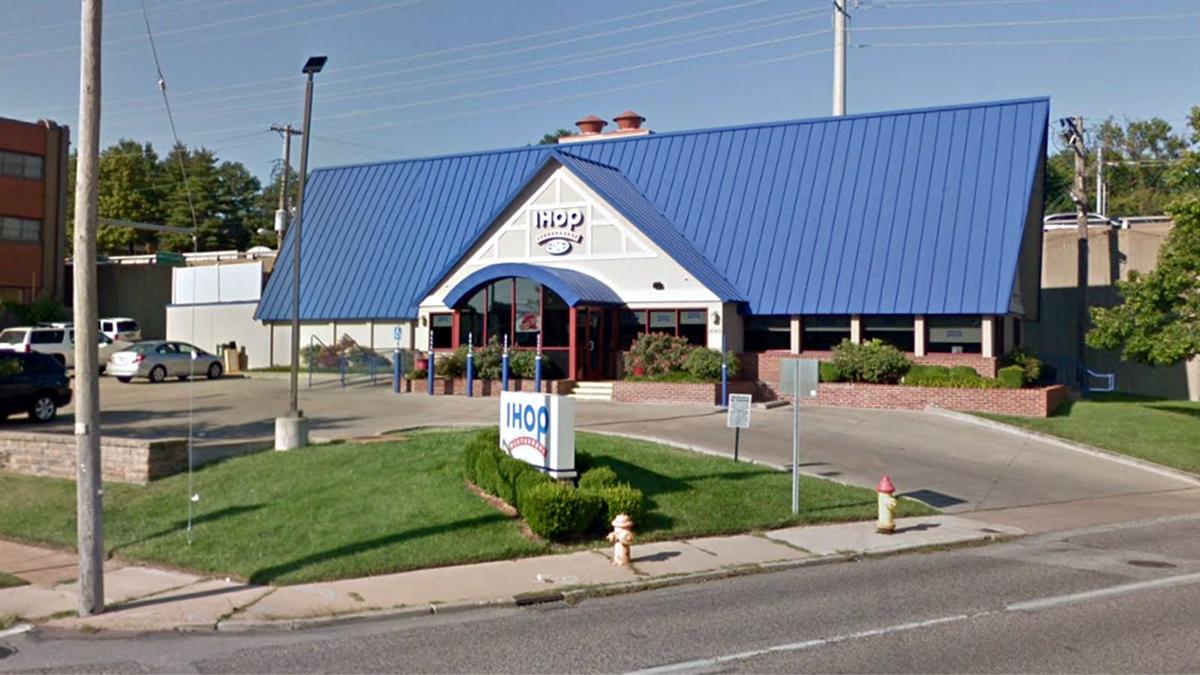 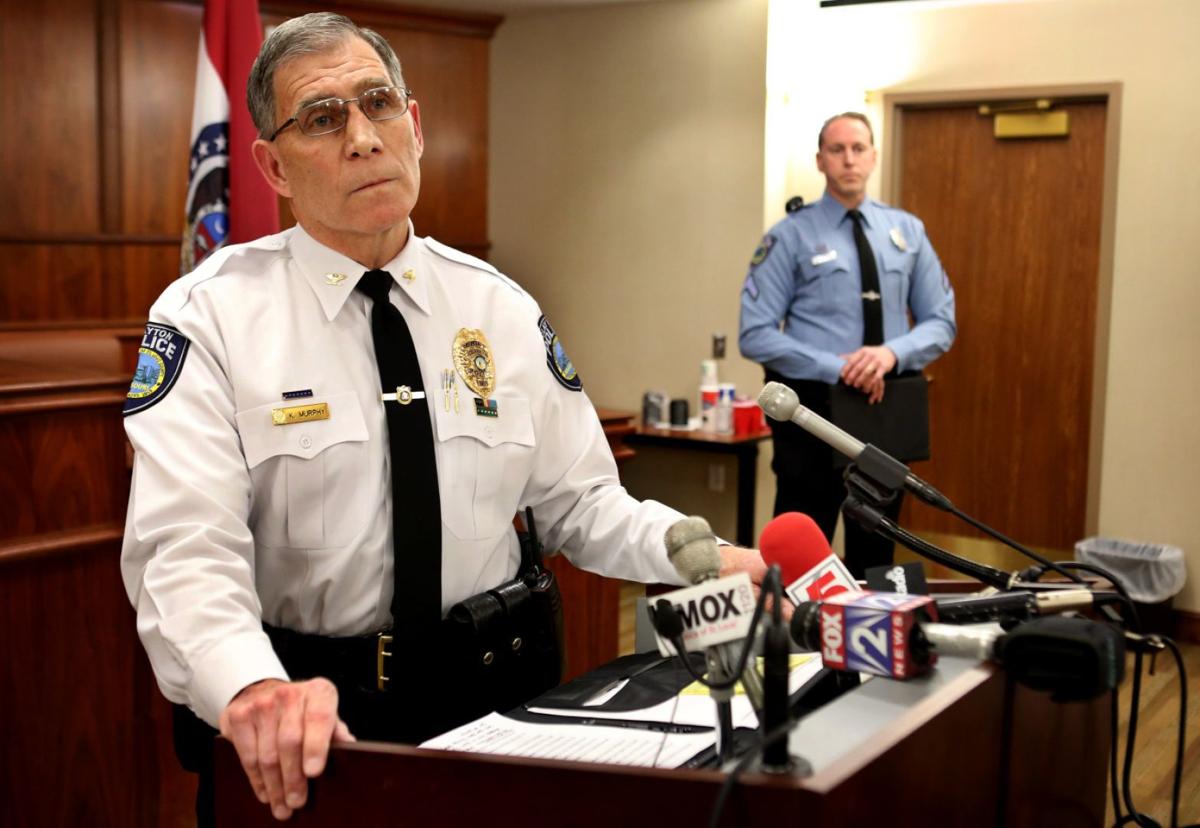 CLAYTON • Ten Washington University students, all black and all incoming freshmen, were stopped by Clayton police this month while walking to a MetroLink stop from a late-night dinner and told they were suspected of leaving the IHOP restaurant without paying, university officials said.

Even though some of the students had receipts showing they had paid for their meals, police made all of them walk three blocks back to the restaurant, with six squad cars following them. At the restaurant, the manager told officers the students were not those who had left without paying.

Details of the incident were laid out in an email from an associate vice chancellor in charge of helping new students transition to university life.

“Needless to say, the students were shaken and upset,” wrote Rob Wild, associate vice chancellor for student transition and engagement, in an email last week to other Washington U. administrators. “This is obviously extremely disappointing. Not how any of us would like to welcome our new students.”

Wild said in his email that the students “did not really appear to fit the description of the suspects other than being black.”

Clayton Police Chief Kevin R. Murphy said an internal review is underway, and it began before Washington University officials contacted him. Murphy said he met Thursday with five Washington U. administrators at the police department to discuss what happened and has offered to meet with the students, which he said will likely happen this week.

“Certainly, I’m sorry they were inconvenienced and anxious about what happened. That was not our intent,” Murphy said.

On Monday, after being contacted by the Post-Dispatch, the university issued a statement.

“We are deeply concerned and disappointed that anyone — certainly any of our students — would experience what transpired,” said Jill Friedman, vice chancellor for public affairs. “The fact that these 10 students, all of whom are African-American, were scared and humiliated is unacceptable to us. We have shared that sentiment directly with the City of Clayton and have had an opportunity to meet with city leaders to reiterate our concerns. Conversations continue, and we are hopeful that our students will hear directly from the City of Clayton with both an explanation and an apology.”

Wrighton's message to campus after 10 black students are falsely accused

“I want to be very clear. This situation is unacceptable,” he said. “It runs counter to our university’s core values of mutual respect, understanding and inclusion. We will not tolerate this kind of behavior on our own campuses and we expect it will be addressed appropriately elsewhere.”

He added: “Our expectation is that our students will hear directly from the City of Clayton for both an explanation and an apology.”

The 10 students, not identified in the email or by the university in its statement, were on campus as part of a summer program that helps students prepare for university life, specifically in science, technology, engineering and math, or STEM fields.

Based on a description on the university’s website, “students attending (the program) may be among the first in their family to attend college or coming from high schools with limited (advanced placement) offerings. The intensive five-week academic program provides students the opportunity to earn seven college credits, make friends, become familiar with the campus and surrounding neighborhoods, and register early for fall courses before other first-year students.”

Wild said in his email that he and Nicole Gore, an assistant dean and director of the summer program, met Tuesday with the students, who detailed what happened.

“Early Sunday morning (July 8), around 12:30 a.m., as they were walking south along Brentwood Boulevard from the IHOP on Clayton Road to the Galleria MetroLink station, they were confronted by two Clayton police officers driving separate vehicles,” Wild wrote. “They were told they were suspects in a crime that just occurred at IHOP where a group of customers left without paying their bill.

“Several of the students produced receipts to show that they had paid. However, our students were still forcefully told that they were suspects and had to walk the three blocks back along Brentwood Boulevard, with now six police cars in tow to make sure they complied — a humiliating experience. When they arrived at the restaurant, the manager quickly confirmed they were not suspects. The officers dismissed them without any apology.”

Wild said for such a minor crime, it’s “confusing why they were forced to walk back and detained for such a long time.”

One of the students is the 17-year-old son of Theo and Denise Washington, of St. Louis. They contacted family members who were in law enforcement and an attorney friend, seeking advice on what to do. They filed a complaint with the police department in hopes that “something this crazy doesn’t happen again,” said Denise Washington.

Denise, who got her MBA at Washington University, and Theo, an educator in the Ladue School District, said their primary concern was with the emotional state of their son, which they said seems to be fine. But they also worry about the impression left on the out-of-state students who were willing to take a chance on a city that has received national attention for its racial struggles, most notably the Ferguson unrest in 2014.

Like many African-American parents, the Washingtons have talked to their son, a St. Louis University High School graduate, about always being prepared in case he has an encounter with police. That includes having receipts for purchases. In the IHOP case, he did not. He told his parents the IHOP employee was having trouble printing out some receipts but he was not worried about it. The proof would come on the credit card statement monitored by his parents.

Schnucks apologizes, fires employee who had run-in with black couple over money order

The Washingtons said they are not anti-police, but those who behave inappropriately should be called out for “outlandish” behavior, Denise Washington said.

Murphy, the police chief, disputed that it was six squad cars that responded to the call; he said the number was more likely four patrol cars. Murphy also said that one of the initial responding officers was from neighboring Richmond Heights.

He said that when the students walked back to the restaurant parking lot, a manager was standing in the doorway “and said those were not the people involved in the IHOP event.”

Murphy said the suspects were described as four young black men who had left the restaurant without paying a $62 bill. He said his officers are “duty bound” to respond to a call involving a crime, pointing out that there have been 45 reports this year of customers leaving the IHOP without paying.

Friedman said Washington University worked hard to convince the students affected that the St. Louis institution was the right place for them to get a college education.

“They were recruited from all over the United States and, as high-school students, worked tremendously hard with an eye toward attending an institution like ours,” Friedman said in her statement. “We, and many of our peer institutions, competed head-to-head to recruit them. The community in which they would learn, live, socialize and engage was a very important factor in deciding which school they would attend. We won their confidence and they chose to join our student body because they believed they would have an exceptional experience at Washington University and here in St. Louis.

“It is extremely disappointing that they have been so seriously let down, even before the official start of their first semester. Washington University and the City of Clayton, one of the jurisdictions we call home, have a long-standing, positive working relationship. We hope and would expect that a situation like this would be avoided in the future.”

The plan outlines a number of steps the city should undertake in order to drive a process of listening, learning and reconciliation.