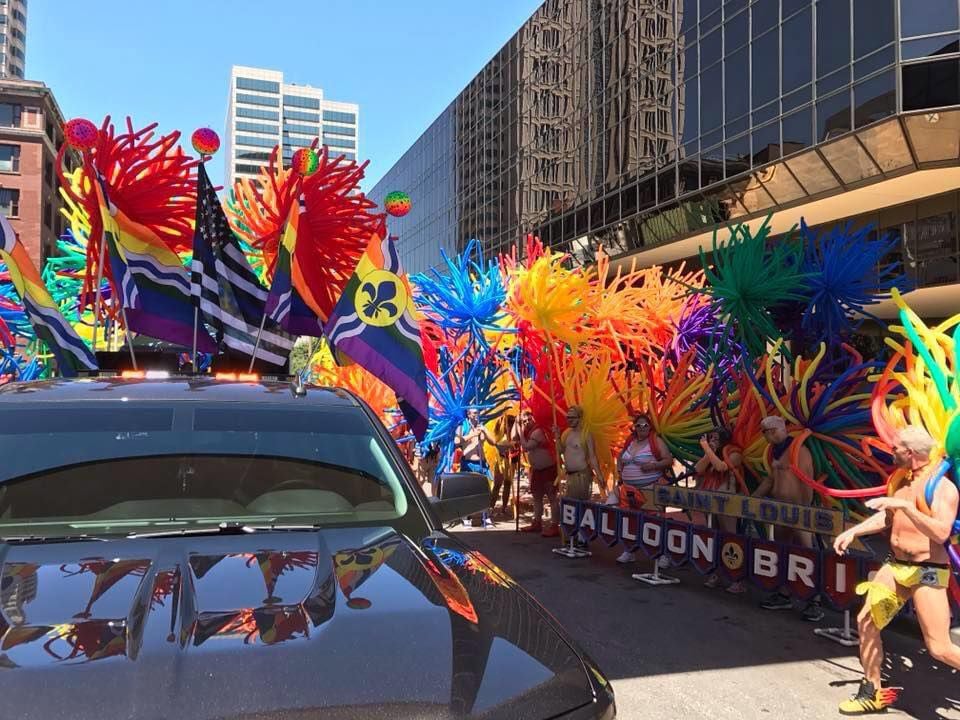 St. Louis Balloon Brigade at PrideFest in downtown St. Louis on Sunday, June 25, 2017, in a photo that has circulated on Facebook. The Blue Lives Matter flag is on the float. 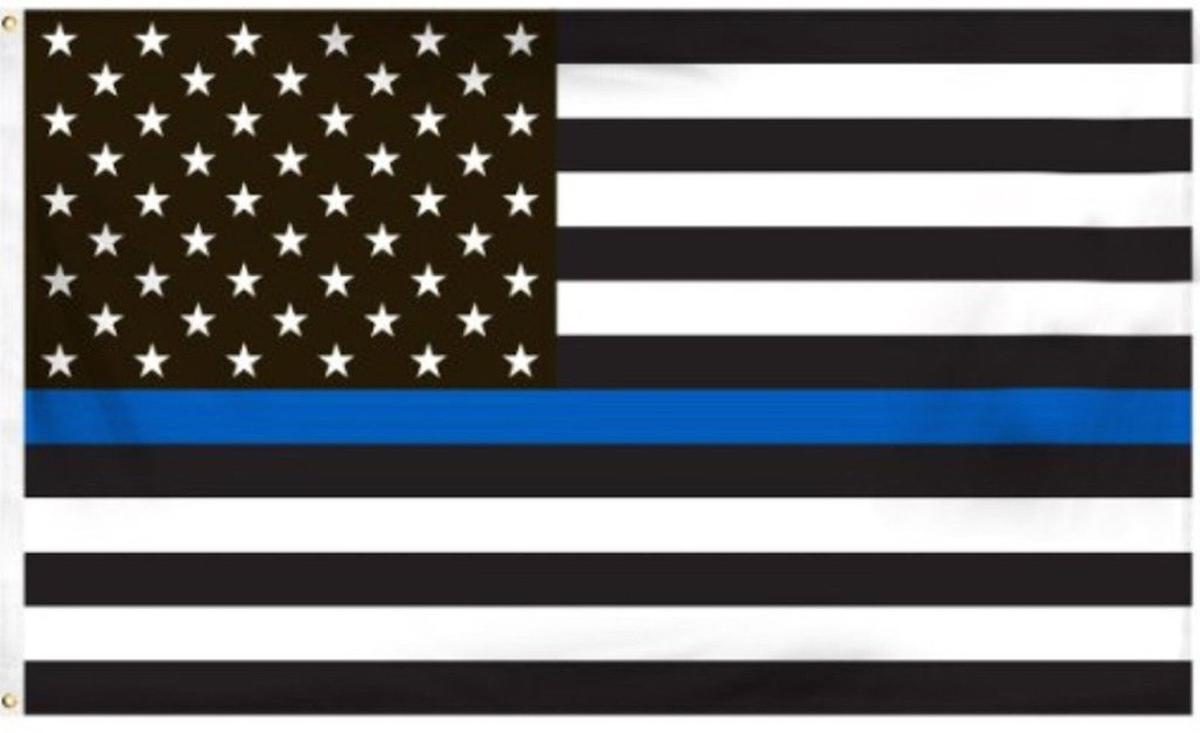 A Blue Lives Matter flag is a black and white version of the American flag, with one blue line running horizontally through the middle. 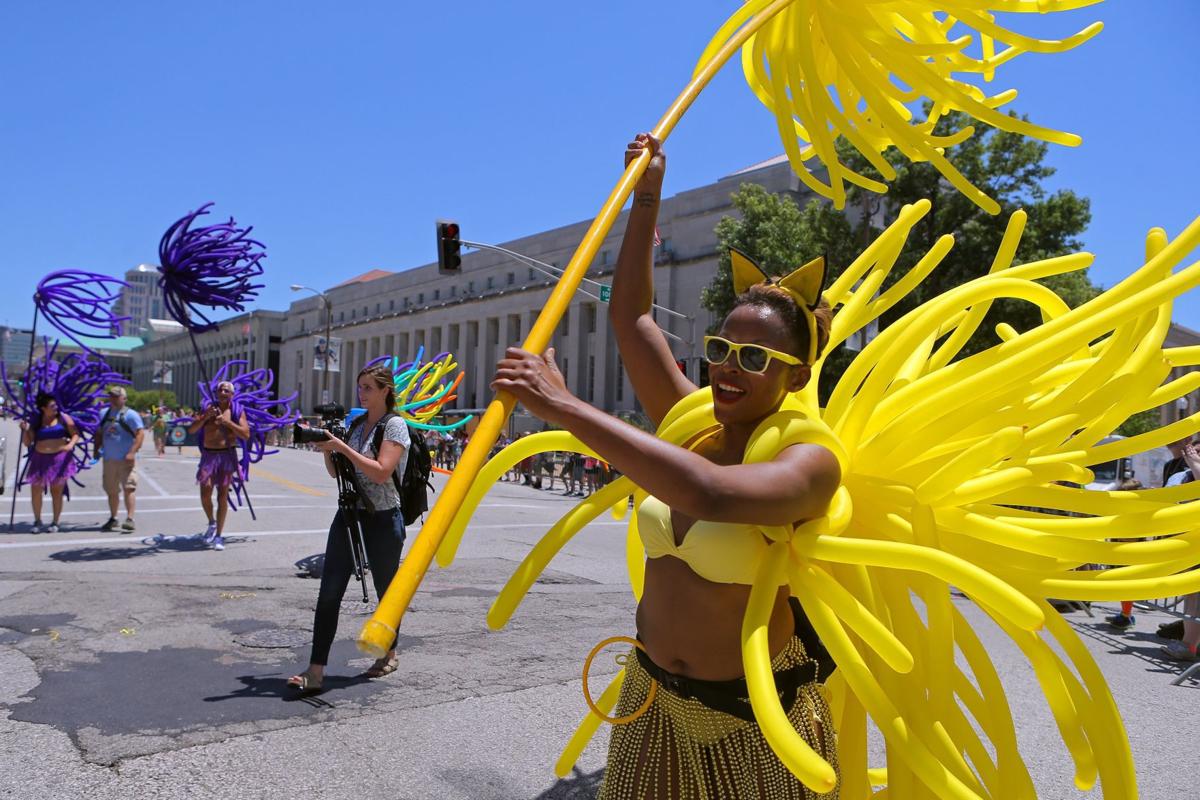 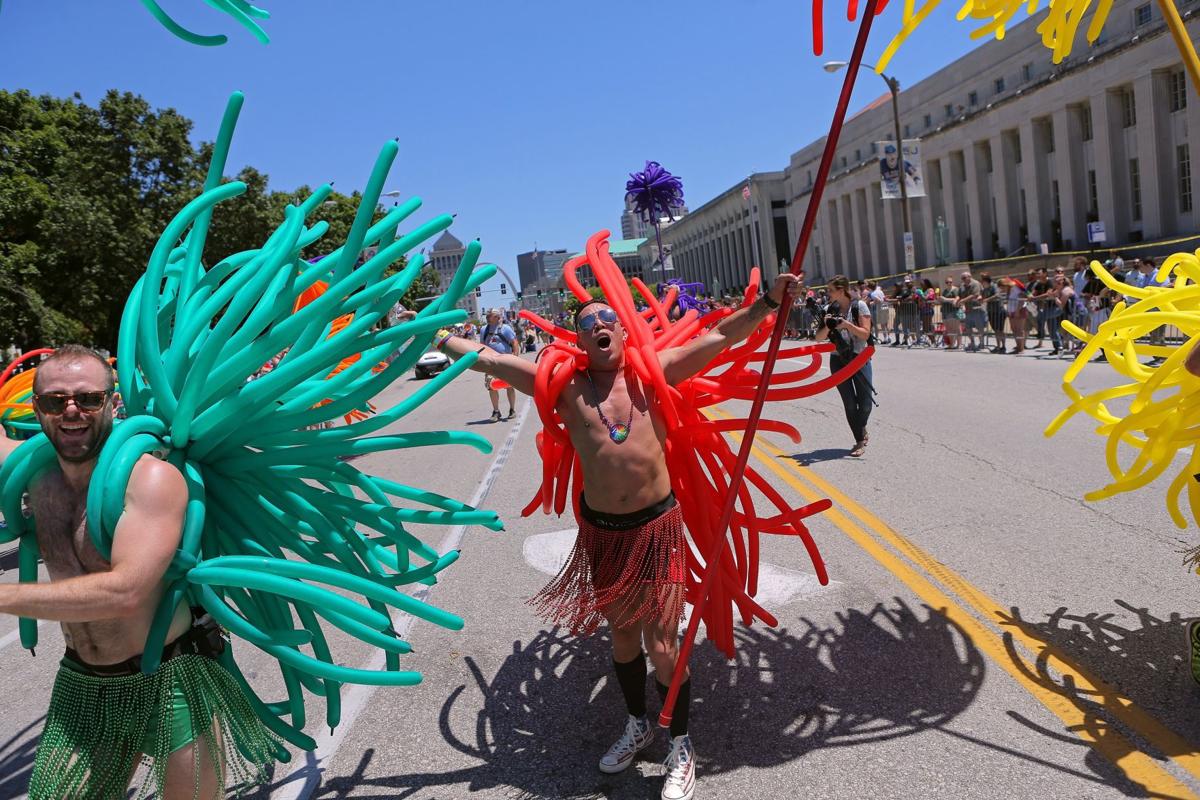 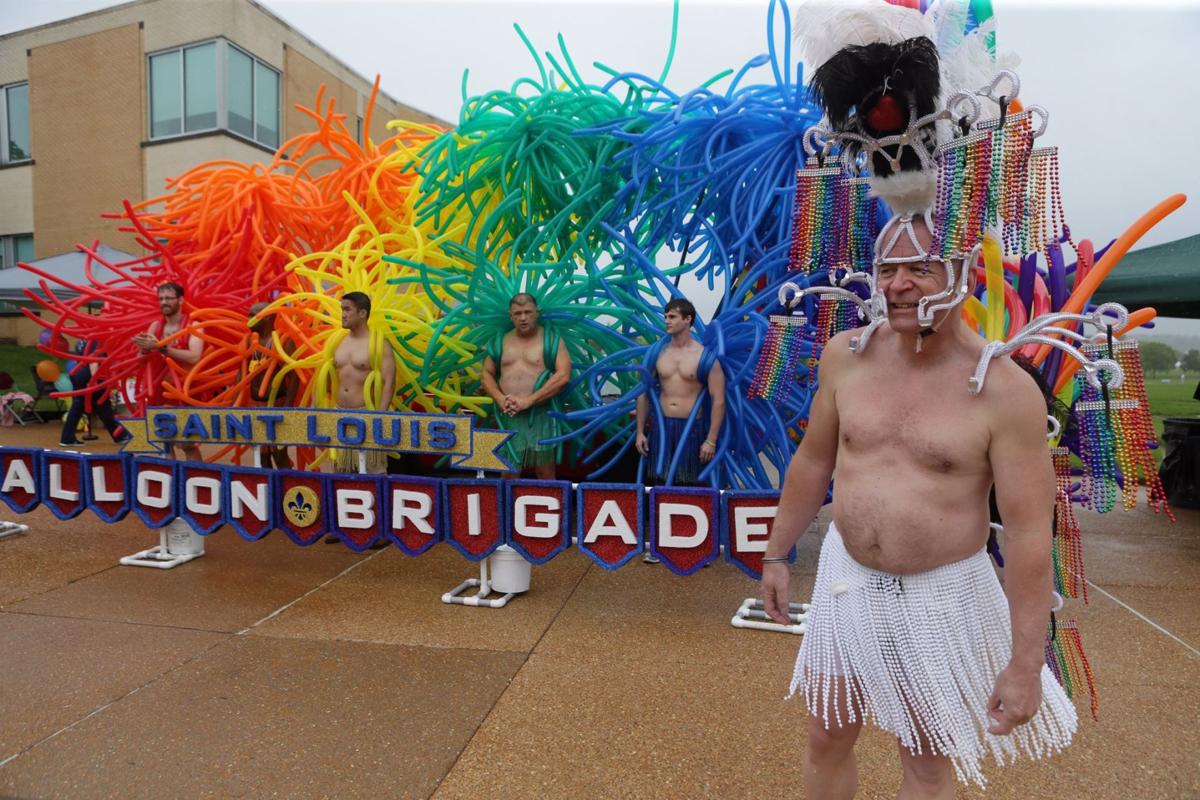 ST. LOUIS • The Balloon Brigade, a popular staple in the annual PrideFest parade, was hit with social media backlash for including a Blue Lives Matter flag on its float Sunday afternoon.

On Monday, the brigade’s leader apologized and said the group, which raises money for an AIDS charity, would return two awards it won for its entry in the parade.

“As the co-creator/producer of the St. Louis Balloon Brigade, I wish to apologize to the members of the community that I have offended,” wrote Chad Carroll in a statement released through #Boom Media, a brigade sponsor, and posted on Facebook. “I approved a flag on our float in the Pride parade that has deeper meaning to some than I previously understood. I have been educated today.”

The flag symbolizes support for law enforcement and is a takeoff of the Black Lives Matter movement that sprang up as an outcry from a rash of police shootings of black men, notably Michael Brown in Ferguson. Many minority groups, including the LGBT community, have taken offense at the Blue Lives Matter flag, seeing it as an affront to the efforts to bring attention to the marginalized.

“We flew the Blue Lives Matter flag in honor of the lesbian daughter of one of our members,” Carroll said in his letter. “She came out relatively recently, and then became a police officer. When I was asked permission for this weeks ago I was only thinking of what a great show of love and respect for his family this was. There was absolutely no political motivation or activism intended by this display.”

Carroll said members of the brigade were not asked to vote on whether to include the flag and “the majority of them were not even aware it was there because they were so busy and excited on parade morning … it was ultimately my original call that let the flag appear. I was wrong. I deeply regret that decision.”

Tony Rothert, legal director for the ACLU of Missouri, commented in a Facebook thread about the letter from Carroll: “This seems to be one of the most sincere apologies I have ever read. Rather than take criticism as a personal insult, an educational moment was accepted. The return of awards shows this is for real. Kudos.”

The apology came as parade judges on Monday were debating by email whether to strip the Balloon Brigade of its awards.

“I am going to speak up here because a lot of assumptions are being made as to the decision of them receiving the award,” wrote Ben James, one of the judges, in a Facebook post prior to Carroll’s statement. “We at the judges tent could not see any of the flags they were flying because they were using their balloons to block our view of them. As someone who personally supports Black Lives Matter, I am disgusted to learn that this flag was hidden from us. And I am further upset that we awarded this to them; knowing now that they had this flag I wish we could take these awards away.”

One other judge said the flag was not hidden but among others representing different groups and on a float decked out with hundreds of bright balloons. He said he did not notice it was a flag representing Blue Lives Matter.

Pride St. Louis, the nonprofit that organizes the downtown parade, issued a statement Tuesday afternoon after the Post-Dispatch asked whether groups such as Black Lives Matter were prevented from participating in the parade.

Thousands of people came together in downtown St. Louis on June 25, 2017, to celebrate the St. Louis LGBT community.

St. Louis Balloon Brigade at PrideFest in downtown St. Louis on Sunday, June 25, 2017, in a photo that has circulated on Facebook. The Blue Lives Matter flag is on the float.

A Blue Lives Matter flag is a black and white version of the American flag, with one blue line running horizontally through the middle.