Bridges, gardens and a brew pub: New stadium details revealed
0 comments
Share this
Subscribe for $1 a month
1 of 13 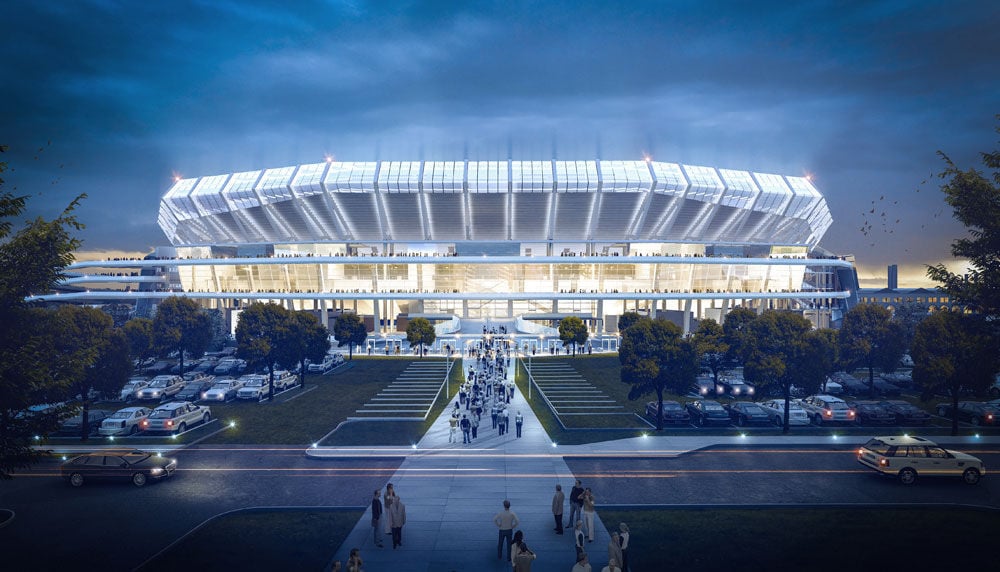 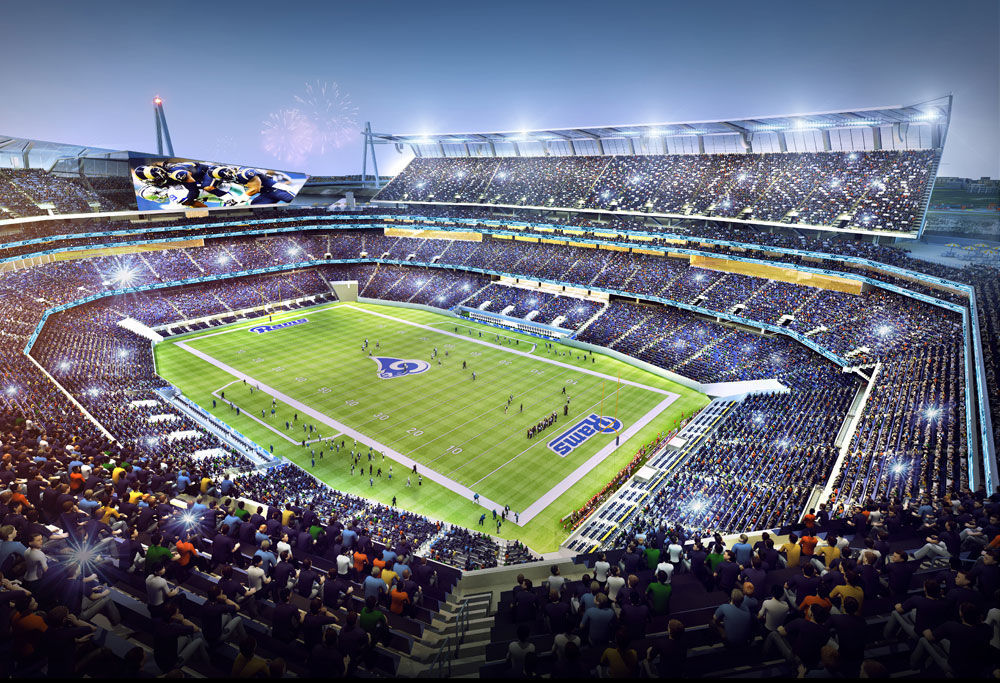 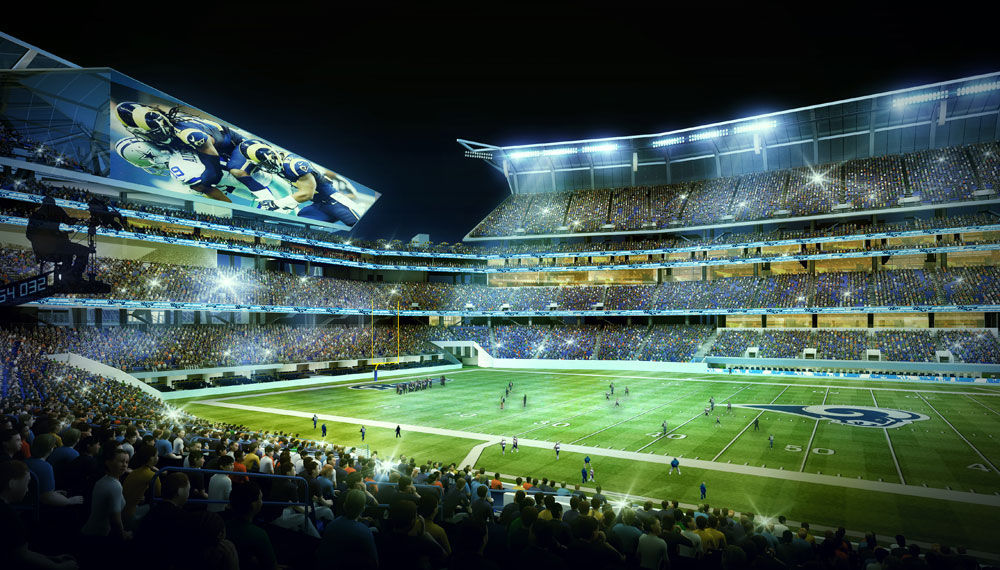 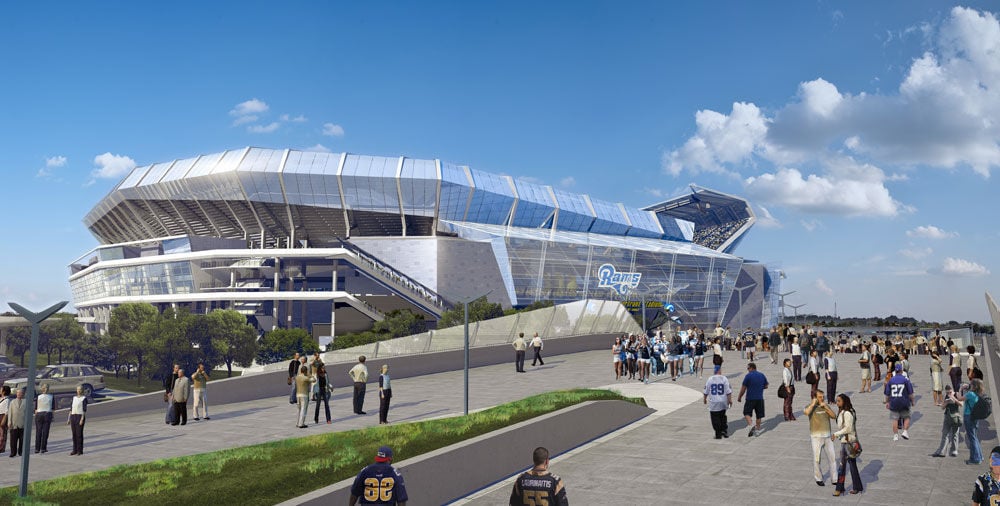 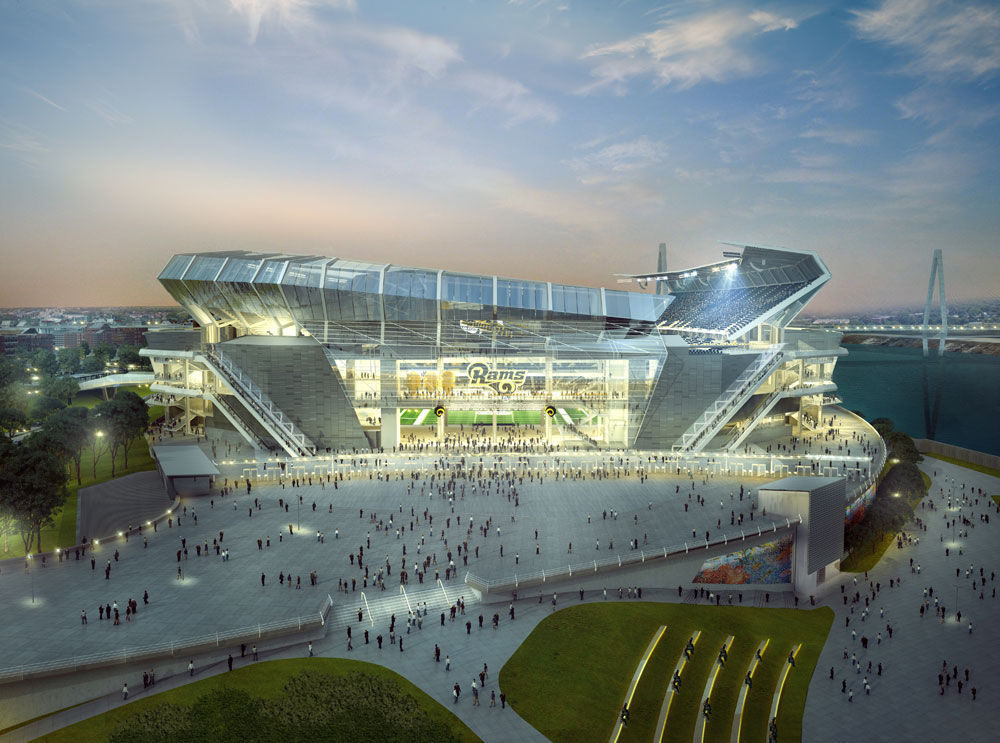 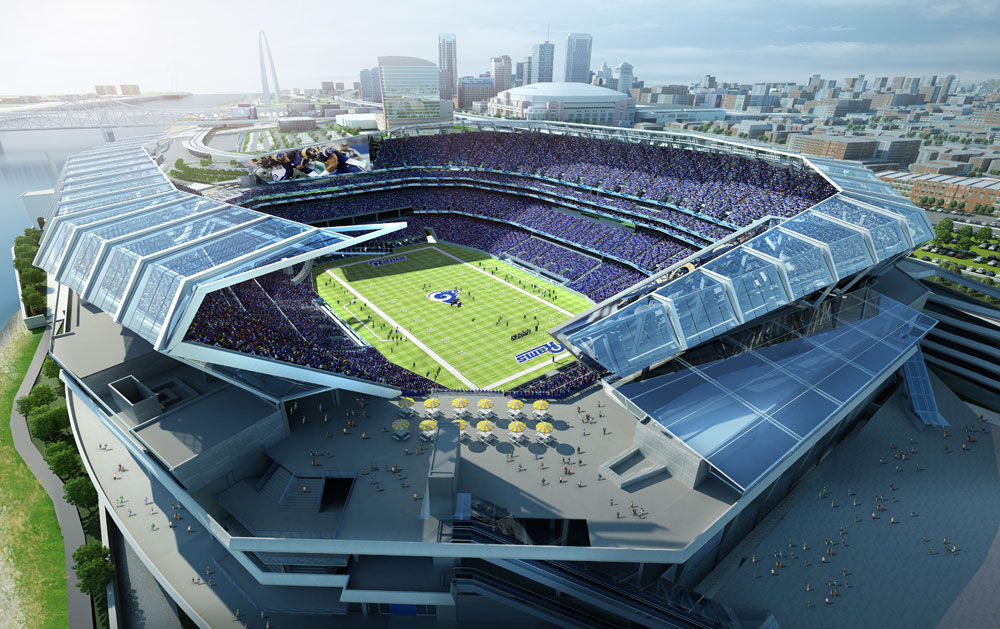 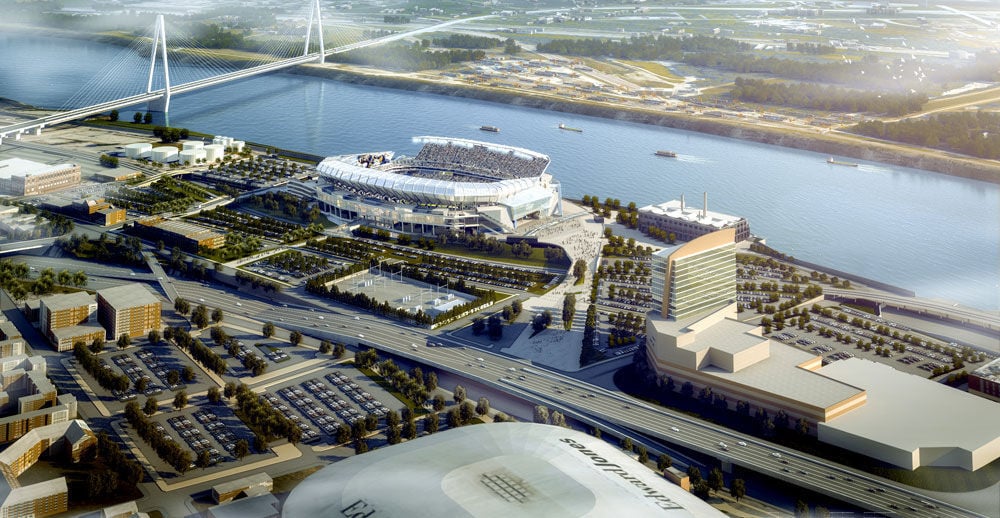 ST. LOUIS • The new riverfront football stadium would be more than a site for Sunday games.

Architects imagine an arena with more plazas and gardens than parking lots, with more bridges and bike trails than roadways, with more daily attractions than football games. New stadium designs, revealed publicly for the first time, show a wall of public art, a three-story brew pub and a 30-foot-wide observation deck that stretches over the Mississippi River flood wall.

“This is what’s so cool,” said Eli Hoisington, design principal with St. Louis-based HOK architects. “There’s a trend where everything is luxury, everything is suites now. And we put the general die-hard St. Louis fan front-and-center, embedded in the experience.”

In an exclusive interview with the Post-Dispatch, Hoisington and marketing principal Lance Cage revealed new drawings and details. They described a design process driven by the constraints of the site. Sunken railways required the architects to design bridges spanning the tracks and leading into the stadium. Sloping ground meant rainwater gardens. A busy river necessitated sound and light screens overhead.

The location separates this stadium from other recent builds, Hoisington said. “It’s on the biggest river in the country,” he said. “You’ve got flood plain. You’ve got grade changes. But all of those things, from a design perspective, give us an opportunity to do things that are really, really extraordinary.”

In a slideshow presented to National Football League executives this summer and shared in part with the Post-Dispatch, Hoisington and Cage identified a February 2016 construction start and a June 2019 completion.

The HOK team is now updating its presentation for the October NFL owners meeting, where Gov. Jay Nixon’s stadium task force is expected to present its full proposal.

The initial design work is done.

“We have to stand by a guaranteed price in about four weeks,” Hoisington said of the fall meeting. “We have to go in front of the NFL owners and say for that $1 billion price tag, we can build that. And we can.”

They said that more than 30 HOK employees, plus at least 30 contractors, were working on the project.

“I give HOK a ton of credit,” said Dave Peacock, co-chairman of Nixon’s stadium task force. “They understand the fabric of our city and the narrative of our city, and they’ve been able to incorporate that into the site itself. They get our market very well.”

But the newest plans show a clear turn. The proposed stadium, viewed by some as elitist and wasteful, has become an arena for the people.

Not all are swayed.

“It doesn’t change my opinion on how they’re going to pay for it,” said Missouri Sen. Rob Schaaf, R-St. Joseph, who has sued to stop the effort and recently began gathering legislators to block state funding for the project. “It’s not about the stadium. It’s about the rule of law and the process the governor has to go through to put the people in debt for hundreds of millions of dollars.”

Others have complained that HOK, which designed the Dome, had a chance to build an iconic stadium then. Why, they ask, should the public trust the firm again?

Peacock said the task force had chosen HOK because it’s one of the top stadium planners in the country. They’ve designed major projects in other cities, including the new Falcons stadium in Atlanta. “And they’re in our backyard and they know our city well,” he said Tuesday.

Hoisington and Cage said stadium design had been driven by need, not aesthetics.

The site slopes east, toward the river. To make room for the stadium, railroad tracks must move, arcing west. Those constraints left an opportunity, Hoisington and Cage said: to design a multi-level stadium entry. On the west, bridges would carry fans over the tracks, at about the club-seat level. On the south, fans would enter a step below, at the main concourse. And on the river’s edge, entries would open 25 feet down, at the field level.

The HOK team also sought to build parking that didn’t look like asphalt lots. Its solution? Design grass lawns that can support vehicles.

The glass-and-steel shades that stretch over the top of the stadium? They would protect barge captains — navigating one of the most heavily traveled strips of the Mississippi — from the noises and lights of the games.

Then, as HOK looked at the street grid, railroad tracks and bridges, they saw something else:

“What it started to do was create all these plazas and open spaces,” Hoisington said. The current stadium design, he said, adds 21 acres of green space and more than 38 acres of public space.

HOK has added a bike trail west of the stadium, just in case the Riverfront Trail floods. It imagines riparian corridors to catch rain runoff around the railroad tracks. It hopes groups can hold events in the new spaces.

One protester was arrested.

Here are the latest renderings of the proposed downtown stadium. Renderings provided by HOK.

Sen. Rob Schaaf, R-St. Joseph, hopes to pin down exactly when and how Gov. Jay Nixon will commit the state to pay for the new stadium.

Co-leader of stadium task force says St. Louis — and not Stan Kroenke — is in the driver's seat in keeping a team here.

It's glitz vs. practicality in LA stadium plans