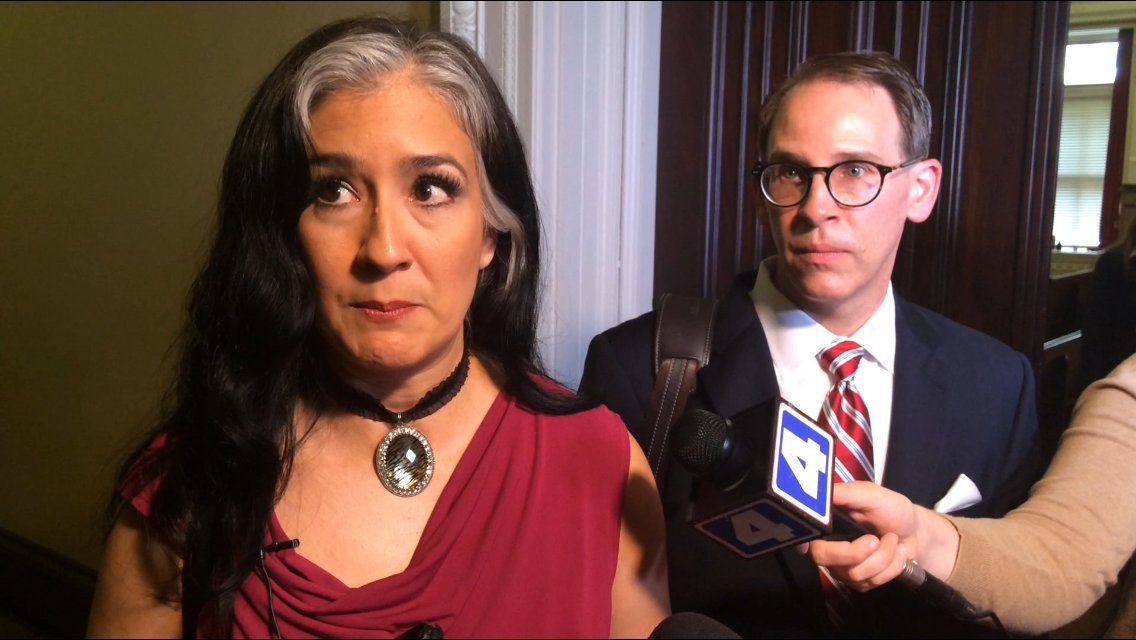 Jalesia McQueen, 44, of St. Louis County, speaks to reporters Tuesday, June 1, 2016, after in an appeals court hearing in St. Louis. At right is her lawyer, Stephen Clark. Photo by Joel Currier jcurrier@post-dispatch.com 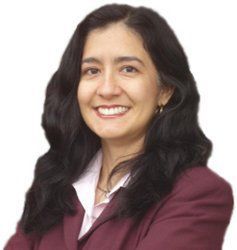 ST. LOUIS • A St. Louis County couple who divorced after having embryos frozen and stored nine years ago will maintain joint custody but neither can use them without the other’s consent, the Missouri Court of Appeals ruled Tuesday.

The 2-1 decision upholds a St. Louis County Circuit Court ruling recognizing the embryos as “marital property of a special character” instead of human beings with constitutional rights.

Appeals Judge Robert M. Clayton III wrote the majority opinion saying that awarding joint custody “subjects neither party to any unwarranted governmental intrusion but leaves the intimate decision of whether to potentially have more children to the parties alone.”

The St. Louis-area couple, Justin Gadberry, 34, and Jalesia McQueen, 44, had embryos frozen in 2007 while they were married. They had twin boys through in vitro fertilization, but two other embryos remain frozen.

Three years later, McQueen and Gadberry signed an agreement that if they divorced, McQueen would get the embryos. They separated later that year, and Gadberry fought in divorce proceedings to stop McQueen from getting the embryos.

“The court recognized that to require Justin to have children with his ex-wife against his wishes would violate his fundamental constitutional rights,” Gadberry’s lawyer, Tim Schlesinger, said Tuesday. “I think today’s ruling is a victory for individuals against unjustified government intrusion. We don’t want the government telling when to have children or whether to have children.”

The ruling means the remaining embryos will remain in storage until the two can agree on what to do with them.

Schlesinger has said Gadberry would be open to donating them to research or an infertile couple, or having them destroyed.

The court said its only task was to decide whether the embryos have legal status as children under Missouri’s divorce laws. Its ruling said McQueen’s attempt to apply state law defining life as beginning at conception is at odds with U.S. Supreme Court decisions protecting Gadberry’s rights to privacy, to be free from government interference and not to procreate.

The court also said McQueen had not offered convincing evidence that her pre-divorce agreement with Gadberry was valid and enforceable, and said that frozen embryos are “not easily susceptible to a just division.”

He wrote that by creating the embryos, the litigants already had made the “reproductive decision.”

Dowd also said Missouri law does not provide for “marital property of a special character,” and he disagreed with the majority assessment that Gadberry’s rights outweighed those of the embryos.

McQueen said she plans to appeal the decision, calling it an “abuse of the court system” and an example of “legislating from the bench.”

She added, “It’s my offspring. It’s part of me, and what right do the judges or the government have to tell me I cannot have them?”

She already named the embryos Noah and Genesis. Her legal fight drew support from a conservative public interest law firm and groups including Missouri Right to Life, which filed briefs in her support. McQueen runs a nonprofit group that backed a Missouri house bill last spring that would direct courts on custody battles over embryos.

Divorced wife wants to bear more children using two embryos; ex-husband says he has right not to reproduce with her.

Jalesia McQueen, 44, of St. Louis County, speaks to reporters Tuesday, June 1, 2016, after in an appeals court hearing in St. Louis. At right is her lawyer, Stephen Clark. Photo by Joel Currier jcurrier@post-dispatch.com