CLAYTON — Two political consultants working to support Mark Mantovani’s bid for St. Louis County executive were part of an effort in 2018 by former executive Steve Stenger’s advisers to mislead the public about the cost of a real estate deal involving some of Stenger’s biggest donors.

That’s according to written statements by Paul Kreidler, the county’s director of performance management and budget, and Daniel Dreisewerd, the county’s code enforcement division manager. They submitted the statements to the County Council’s ethics committee in May 2019 as part of the council’s probe into the county’s controversial 20-year lease for office space in the former Northwest Plaza shopping center in St. Ann.

The statements detail meetings of Stenger advisers in the county executive’s office that included political consultants Jane Dueker and Ed Rhode in late January and early February 2018. The advisers were scrambling to find evidence supporting Stenger’s narrative that the deal saved $10 million after the Post-Dispatch submitted questions challenging the claim.

The people in the meetings couldn’t find evidence, so they manufactured it, the statements said.

Days later, a Post-Dispatch investigation would reveal that the Northwest Plaza lease was far more costly than previously known, sparking an inquiry by the council’s ethics committee into the lease. Those hearings revealed how Stenger circumvented procurement staff by placing political appointees in charge of lease negotiations. The owners of the site, brothers Robert Garner and P. David Glarner, were among his largest campaign supporters with $365,000.

The accounts of those meetings emerged this week for the first time. The chairman of the ethics committee, Councilman Ernie Trakas, R-6th District, released them this week with the Democratic primary for county executive looming on Aug. 4. Mantovani is one of three Democratic challengers to County Executive Sam Page, with whom Trakas forged a strong alliance on the council during their bipartisan opposition to Stenger. The other Democratic candidates are County Assessor Jake Zimmerman and doctoral student Jamie Tolliver.

Many saw the timing of the document release as clear payback for an ad from a political action committee supporting Mantovani that accused Page of covering up a sexual harassment allegation against Trakas.

Trakas told Council Chairwoman Lisa Clancy in a letter dated Wednesday that he’s raising the issue now because Change STL PAC disclosed in its quarterly filing to the Missouri Ethics Commission on July 15 that it was relying heavily on Dueker, a lobbyist whose Twitter feed has been a fire hose of criticism aimed at Page for three years, and Rhode, who organized Stenger’s campaigns in 2014 and 2018.

Trakas wrote that the council should open an investigation and “take seriously the threat to its integrity and the integrity of county government posed by Dueker and Rhode now working to reacquire access and influence in the executive branch.”

Dueker said in an email that Trakas’ letter was a “desperate attempt to help Sam Page’s flailing CE campaign” after the county paid Trakas’ assistant $60,000 to settle her complaint that he sexually harassed her. (Trakas has maintained the allegation was false.) Dueker said the councilman was illegally using his office “to silence political opposition” and violate her civil rights and that she was hiring a lawyer to sue the county.

Rhode emailed that Trakas was mad because the PAC pointed out “how County Executive Sam Page covered up his alleged sexual harassment” and that Trakas was using his office to punish enemies. He said he had no interest in gaining influence in county government.

Mantovani said he is not involved in the PAC and didn’t know Dueker and Rhode were working for it. He said he was suspicious of the timing of Trakas’ release, although he didn’t condone dishonesty.

“It saddens me that this is the way people do politics and this is why we need different leaders,” he said.

The treasurer of Change STL PAC, Bill Ravensberg, could not be reached.

Trakas said in a prepared statement: “This action was brought on by their actions and the choices they made in potentially assisting Steve Stenger in misleading the council and defrauding taxpayers of millions of dollars. ... It is concerning and deeply unfortunate that Mark Mantovani is soliciting contributions and advice from the same people that elected Stenger and benefited from his corruption.”

The lease for 150,000 square feet at the site now known as the Crossings at Northwest did not factor into the federal grand jury indictment of Stenger, which led to his resignation and guilty plea last spring. Federal prosecutors did, however, subpoena documents from the county related to the deal. The Glarners have repeatedly denied quid pro quo.

Rich Chrismer, a spokesman for the Glarners, said in a statement Friday it was “contemptible that some in county government are still trying to settle political scores with this world-class commercial and government center. This development was the result of hard fought, arms-length negotiations that resulted in a fair and transparent deal for the County. The County’s support for this project together with the leadership and vision of Bob and David Glarner rehabilitated an abandoned and blighted area of North County. It is an achievement for St. Louis County that should be celebrated, not politicized.”

The federal government also found that Stenger had tried to arrange a bribe in connection with the development of another shopping center, Jamestown Mall. Executives of a company that agreed to buy the moribund mall said they didn’t know anything about a bribe but Stenger had pushed them to pay $100,000 to a three-member consultant team led by Rhode.

The council has called the Northwest Plaza lease abusive. The Glarners sued last year to block subpoenas issued to them in the council’s inquiry that included the threat of arrest if they did not appear. The county has been in mediation with the Glarners for six months to try to renegotiate the terms. Doug Moore, a spokesman for Page, said the pandemic has slowed the process.

Kreidler’s statement said he was one of a handful of people assembled in late January and early February 2018 by Stenger’s chief of staff, Bill Miller, to determine the “source and validity” of the administration’s claim that the lease was $10 million cheaper than what the county had been paying at other sites.

Kreidler said Dueker and Rhode, neither of whom were county employees, were present for some of the meetings. He said nobody in the group could say how the savings had been calculated because Anthony Badino, the adviser who had spearheaded the effort for Stenger, was no longer in the role.

Kreidler wrote that the group used the data they had to “extrapolate the costs” and came up with an analysis that pointed to an $8.5 million savings. But the group felt its own analysis had “serious weaknesses” because it compared the lease with rates at other sites that were “questionable,” and ignored other costs such as property taxes.

And, he noted, the Northwest Plaza site had more area than the other sites combined.

Kreidler said Dueker and possibly others coached Miller on how to present the analysis to the Post-Dispatch “to support the County Executive’s narrative.”

Kreidler wrote that he, Miller and Stenger aide Jeff Wagener met a Post-Dispatch reporter on Feb. 1, 2018, but the newspaper “quickly identified the weaknesses in the analysis during the meeting” and in its article four days later.

Dreisewerd wrote that he was called into a meeting in January 2018 with Miller, Wagener, other Stenger advisers and Dueker to analyze the cost of the lease and determine if the savings were consistent with Stenger’s claim.

He said the group in the meeting took the data and “tried to determine a formula that would show a $10 million savings.” He said the new lease appeared to save money “if key parts such as taxes and expenses were omitted.”

He said he was called into another meeting a few days later with Miller, Wagener, Kreidler, other Stenger advisers, and Dueker and Rhode.

“It was expressed in the meeting that Stenger did not believe the information provided in the first meeting matched what he was shown/told previously,” he wrote. Kreidler developed a spreadsheet that was “tweaked during the second meeting to determine if a savings could be shown over the 20 years,” he wrote.

He said the group discussed whether $10 million savings could be substantiated. He didn’t think it could be.

After the meeting, he said, the Glarners came into the conference room to meet with Miller and Wagener. Dreisewerd said the Glarners weren’t happy about the negative news coverage and “wanted it to end.”

Letter from Trakas to Clancy

The council has been seeking to reduce the county's costs in what Councilman Ernie Trakas has called “an obscenely long and overpriced” lease negotiated by former County Executive Steve Stenger with political donors.

The County Council will consider a request from County Executive Sam Page to increase to $225,000 the amount paid to Dentons law firm.

Steve Stenger’s most generous donors gave $365,000 to his campaign; they got a 20-year lease from the county. Both sides have denied pay-to-play.

Developers Robert and P. David Glarner had four boxes of documents delivered, but they failed to show up for the hearing.

The council has until Sept. 3 to respond to claims the subpoenas were overreaching and illegal. The Glarners say they won’t renegotiate until it’s resolved.

Another hearing to investigate the county's 20-year lease at the former St. Ann shopping mall is scheduled for Feb. 20 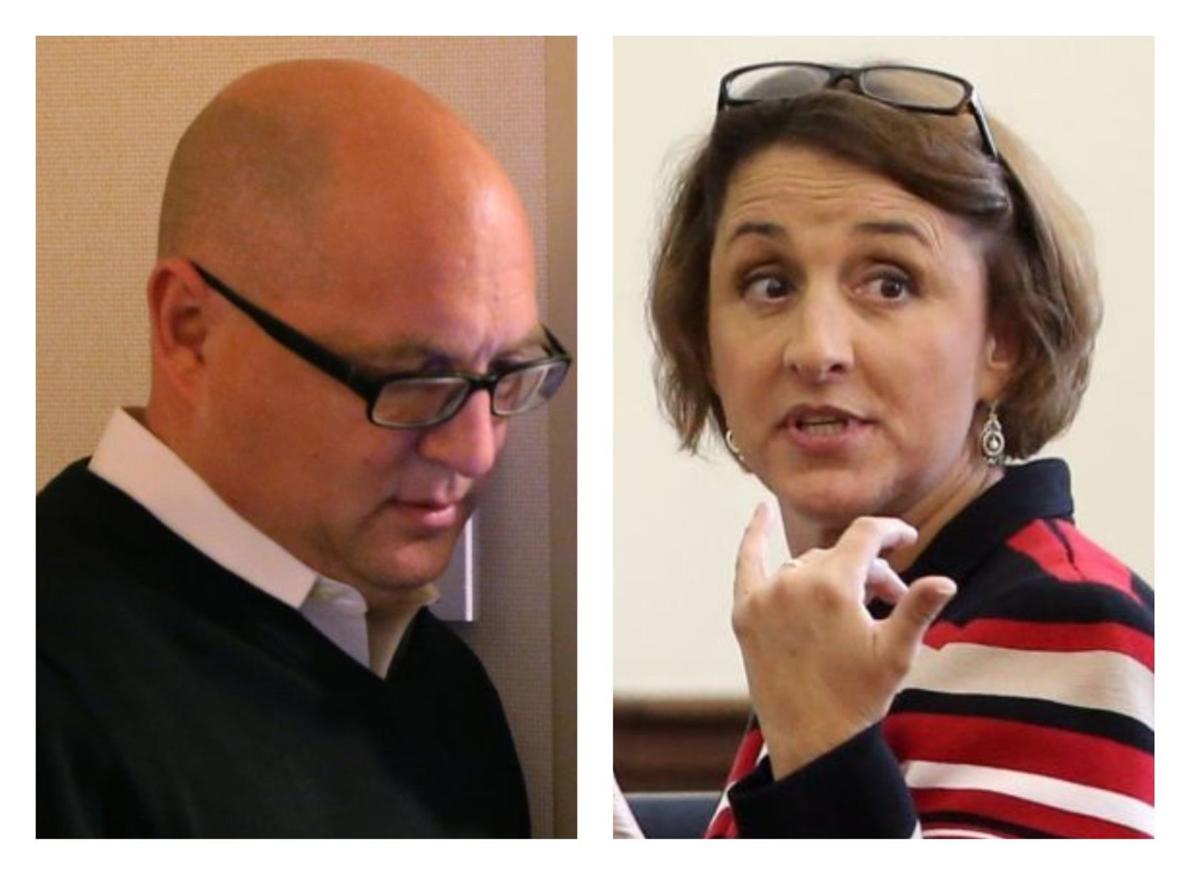 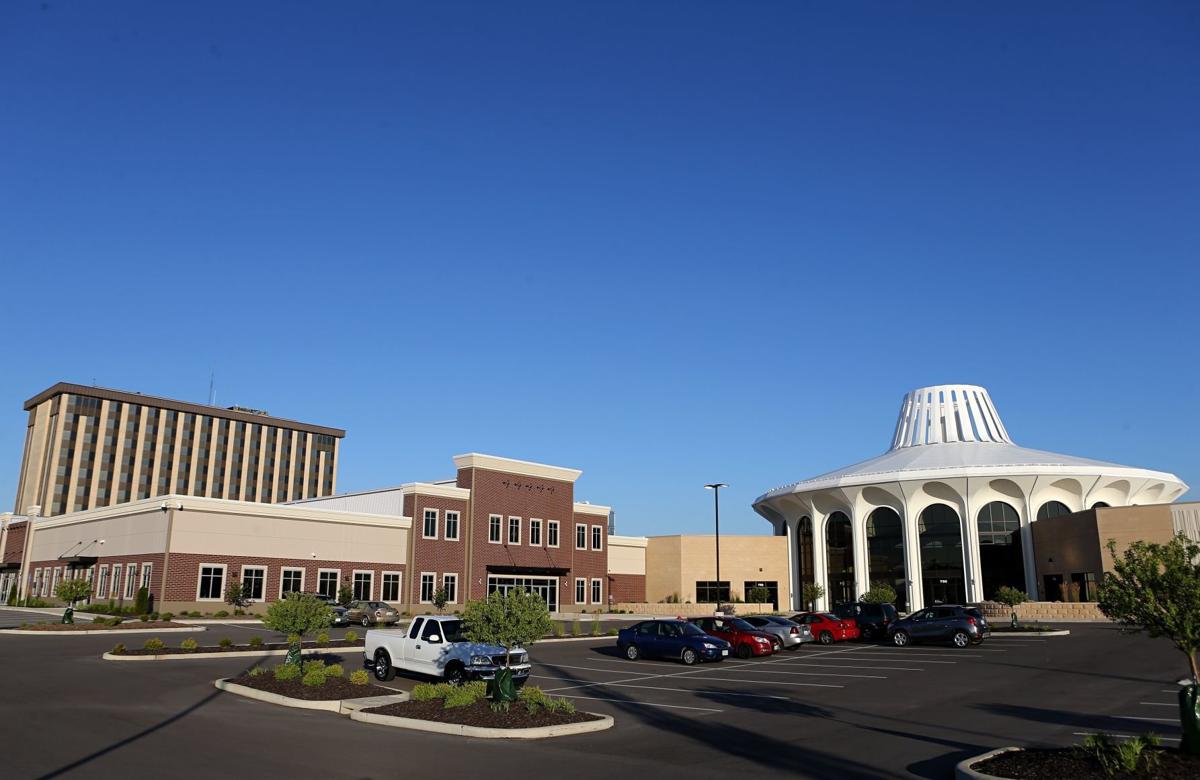