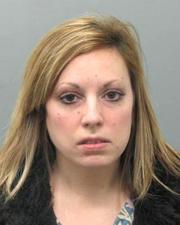 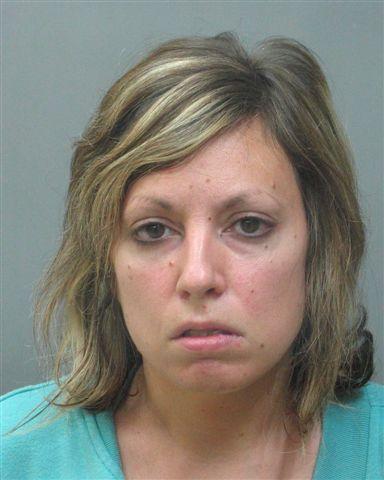 Jennifer Winkler in a photo provided by the Eureka Police Department 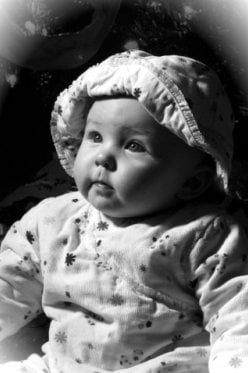 Jennifer M. Winkler, 30, of the 100 block of Shaw Drive, was charged late Monday night with second-degree murder and felony child abuse. She was jailed Wednesday in St. Louis County in lieu of a $500,000 cash bail.

Police say Winkler was baby-sitting Lily Annabella Rieger at Winkler's home July 29. Police said Winkler called 911 that afternoon to report a sick child, and an ambulance took Lily to a hospital for treatment.

Reached by telephone Tuesday, Winkler's husband told a reporter, "Not right now, man," and hung up.

Eureka police were called to the hospital to investigate after doctors suspected her fractured skull and brain trauma were caused by child abuse.

Winkler "was the only adult with the victim in the 7 hours prior to her injury," police said in court documents. Police arrested Winkler in August but released her while awaiting charges from prosecutors.

Lily's father, Bill Weishaar Jr., said he would not comment about the case but said Lily "was a beautiful, loving happy baby girl."

After her death, he said he posted a video to YouTube showing highlights of her life in hopes of drawing attention to shaken baby cases.

Kelsey McGinnis was severely injured as a baby in 1994 and died 13 years later.

Woman gets 14 years for shaking baby in Ellisville in 1994

Jennifer Winkler in a photo provided by the Eureka Police Department