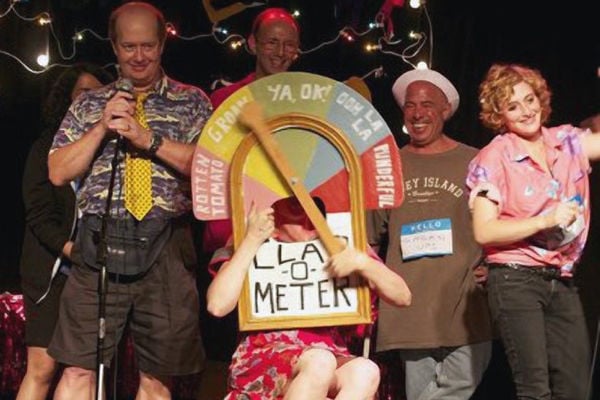 photo by Will Davis 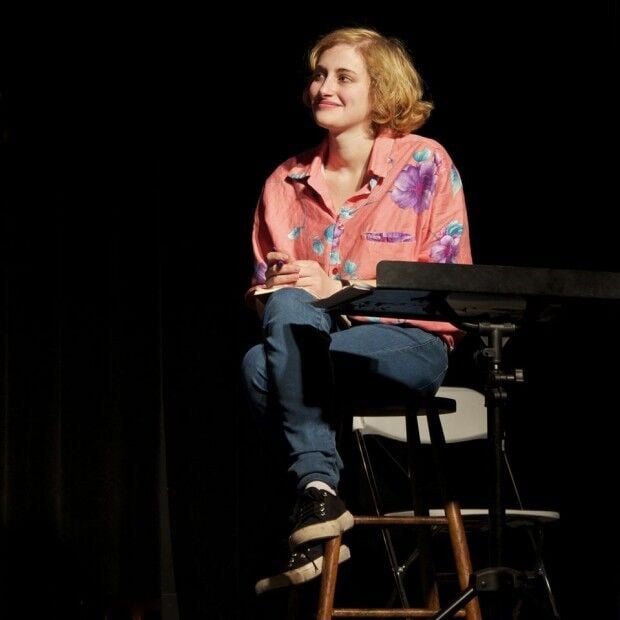 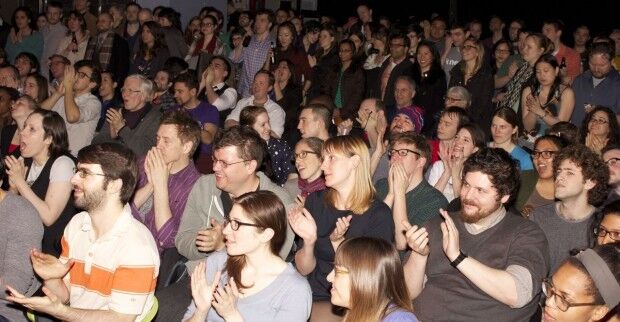 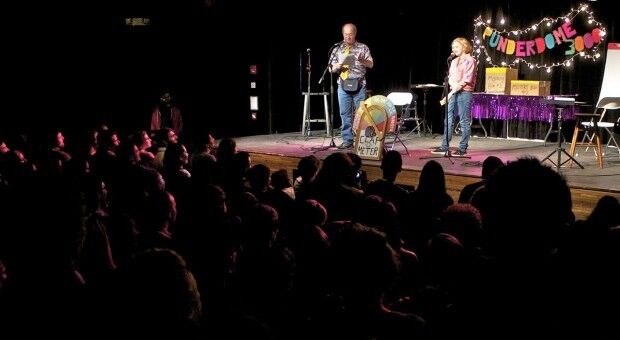 When Jo Firestone left her Clayton home to become a comedian in New York City, she never thought her father would end up as her stage partner.

But now the dad-daughter duo is drawing critical acclaim from the New York media and attracting sellout crowds to a club in Brooklyn for their wild and crazy pun show called the Punderdome — “New York’s Most Puntastic Competition.”

Every month, Fred Firestone, 60, a businessman from Clayton, joins his daughter, 26, in Brooklyn to co-host a three-hour show that packs in hordes of pun-thirsty students, 20- and 30-somethings and some sage oldster punsters and professors.

It also has drawn well-known comedians and critics and writers from the New York Times, The New Yorker, New York Post and Huffington Post who volunteer as celebrity judges. A pilot about the show was accepted at the 2012 New York Television Festival, and a television reality show could be in the future.

“We never know where we’re going, but the journey is fun.” says Fred Firestone, who is surprised by all the attention and flattered that his daughter asked him to help.

“It used to be she’d just give me eyerolls and say ‘Dad, I can’t believe you said that,’” he said.

At the Punderdome, jokes that make crowds groan are welcome, but most of the wordplay is designed to be clever.

In the category of household chores: “Cleaning windows is such a pane.”

A Supreme Court pun: “I once took a trip to the Colorado River and the guide told me there were two ways to traverse it. I could get a raft and use paddles, or I could swim. Basically, it was a choice — ‘Row vs. Wade.’”

A constitutional pun: “I saw some orphaned ducks on the side of the road and just thought, ‘Where are these foundlings’ fathers?’ “

Jo Firestone fell into the pun theme by accident. To get her comedy career started, she rented the basement of the Southpaw club in Brooklyn. But four days before opening, she had no idea what she’d do. Her boss told her about an O. Henry Pun-Off in Austin, Texas, and Jo called her father in St. Louis for ideas. Fred Firestone recalls that at the end of the conversation, she said, “Will you come up and do it with me?” He couldn’t resist helping his daughter.

The first show in May 2011 drew about 40 people — but that was enough to launch the St. Louisans on their journey. Unknown to the father-daughter duo, Eileen Reynolds, then a blogger for The New Yorker magazine, was in the audience in the basement of the club.

Afterward, she blogged that the Punderdome was “unabashed silliness that I longed to bottle and smuggle out in my purse.” She also cited several of the contestants’ puns that she liked, including:

“If the dead presidents were alive today they’d probably start their own social network. It’d be called Abraham LinkedIn!”

“Why didn’t the vampire like the Zagat-rated beef restaurant? Because of all the stakes!”

Fred Firestone usually warms up the crowd with puns he finds on the Internet. He sets up the puns — and the audience screams the answers. He lobs candy bars to people with the right answers.

“Did you hear about the cross-eyed teacher? She had a difficult time controlling her — pupils!”

“You see your buddy named Jack on an airplane, and you don’t want to yell out — ‘Hi Jack!’ ”

“He drove his expensive car into a tree and found out — how the Mercedes bends!”

After Reynolds, other media followed. A cult following started to develop. The New York Times lists Punderdome in its Arts section as “the beloved Brooklyn pun competition.” The shows now draw a sellout crowd of 350.

The monthly competition features a blindfolded human Clap-o-Meter, wild guffaws and contestants with punky names and funky attire along with outrageous word play and double-entendres.

Long lines of people show up in hopes of getting into the Littlefield club in Brooklyn for the show. The first 18 individuals or teams get to play. They get 90 seconds for “spontaneous pun-making” in a category dreamed up by Jo Firestone. (B-List celebrities, cartoons, the presidents, etc. ) Then, they get three minutes to present their act in the whackiest way they can to appeal to the audience.

After three rounds of competition, the winners are selected on the basis of how loud and long the audience claps and cheers. As in American Idol, celebrity judges give advice before the audience votes.

The Human Clap-o-Meter measures the clapping and determines the Pun Masters. Mixed in along the way are TV theme-song sing-a-longs, and candy bars hurled into the audience. Winners walk away with “mystery prizes.”

Contestants face off under names such as Alice in Punderland, Father and Pun, Do Pun to Others and Black Punther.

Fred Firestone, a self-proclaimed Rodney Dangerfield impersonator who grew up in Clayton, never set out for a new career in punology. He presents corporate seminars and speaks to businesses about ways to enhance the value of their products and services.

The closest Firestone previously came to Punderdome was using a game-show set with a buzzer for a client seminar. But his talent for engaging audiences is a skill that he said transfered well to Punderdome.

Jo Firestone attended Clayton schools before heading off to college. After graduating with a degree in theater from Wesleyan University in Connecticut, she returned to St. Louis. When she announced she was moving to New York two years ago, her family — father, mother Marilyn Firestone, a counselor at a St. Louis elementary school, and brother Ben, in commercial real estate in Chicago — encouraged her to follow her dream.

Fred Firestone said the whole pun thing is surprising since puns were not really a part of their family life.

Jon Stewart will take summer off from 'Daily Show'

photo by Will Davis