UPDATED at 7a.m. Tuesday with information from Michael Weinhaus.

ST. LOUIS COUNTY — Five members of a St. Louis-area family have all been diagnosed with COVID-19 and one of them works at a preschool where several teachers were found to have the virus.

Jane Weinhaus, who teaches at Deutsch Early Childhood Center at Congregation Temple Israel in Creve Coeur, was hospitalized on a ventilator for more than a week, and her husband, Michael Weinhaus, is hospitalized on high-flow oxygen, son Jason Weinhaus told the Post-Dispatch on Monday.

Michael Weinhaus shared some good news in a telephone interview from the hospital Tuesday — that his wife is off the ventilator.

The Weinhaus family has been outspoken about its experience, identifying themselves by name and speaking publicly about what led to their diagnosis and the impact of the virus. Michael Weinhaus said that their goal was to make people aware of the dangers of the virus, thank the community for their support and to thank "the brave and heroic health care workers who have put themselves on the line to help us."

Jason Weinhaus said his mother has worked at the Deutsch preschool for more than 25 years and is a beloved teacher.

“She’s had a lot of people go through there and a lot of people think of her as family,” he said, adding that his family has been “overwhelmed” by the love and support the community has shown.

The temple has said on its blog and in emails that four teachers at the preschool and one parent tested positive for the new coronavirus.

Jason Weinhaus first started experiencing symptoms March 11, but just a low-grade fever. He did not think it was the virus that the World Health Organization has called a pandemic.

“I hadn’t traveled out of the country,” he said. “I didn’t think there was any way it was going to hit me.”

Jane Weinhaus went to the doctor on March 12, and that doctor sent her to the emergency room, where she was diagnosed with pneumonia, Michael Weinhaus said. A doctor later called and advised that she get tested.

Both Jason and Jane Weinhaus were tested on March 14 and got worse the next day.

Jane Weinhaus returned to the emergency room and was on a ventilator either that night or by early the next morning, Jason Weinhaus said.

His own fever spiked to 103 or 104 degrees, but it took four days for test results to come back.

The next four to five days were miserable, he said. He developed pneumonia and had to stop and catch his breath when he walked to the bathroom.

On Friday, his father was rushed to the emergency room by ambulance. He has been able to call relatives, and make wheelchair visits to his unconscious wife, Jason Weinhaus said.

As for the health of his parents, who are both 63, he said, “One day their vitals are really good, and the next day the nightmare continues.”

Michael Weinhaus said, "I know I will be O.K. but it will be a long, long time."

Jason Weinhaus has been quarantined in the basement of his Chesterfield home since he had his test. His wife and children, ages 2 and 4, stay upstairs.

Weinhaus said that after he eventually tests negative, his wife and children will have to stay in quarantine for another 14 days to ensure that they did not catch the disease. To date, they have not shown symptoms.

Weinhaus believes his mother was the first in the family to show symptoms, and probably caught the virus at school.

Michael Weinhaus said everyone is is still trying to figure out how they caught the virus. He said he was unaware of any teachers who traveled outside the country.

Lawyer Albert Watkins, who said he represents scores of people within the Temple Israel community, said there are more positive cases linked to the school. “People should be as transparent as possible. People should not treat COVID-19 like it’s a scarlet letter,” he said.

Asked about those claims, a school official referred a reporter to St. Louis County officials, who declined to comment, saying they were only releasing the total number of positive cases.

The school’s weekend email said, “We believe that continued reporting of potential new cases is not helpful for our public health or well-being,” and it urged everyone to “strictly follow the most current recommendations from the Health Department,” whether showing symptoms or not.

Weinhaus said that he gets a daily phone call from a doctor and must submit his temperature readings twice a day. A counselor from the federal Centers for Disease Control and Prevention checks in daily, and everyone in the house is being monitored. He and his wife both signed a contract with the St. Louis County Health Department in which they promised to follow a series of rules. Among them is a rule that says they are not allowed out of the house and not allowed to have guests without permission from the health department.

Weinhaus said the community has rallied around the family. The hardest part has been being unable to visit his ailing parents, or talk to his mother. “It’s probably the most helpless feelings I’ve had in my life.”

Here's where to keep track of Monday's developments.

Anyone who visited the Walmart in Troy between March 26 and 29 is being asked to monitor their health for coronavirus symptoms.

Dierbergs and Schnucks are limiting the number of shoppers inside stores, in efforts to limit exposure to the new coronavirus. 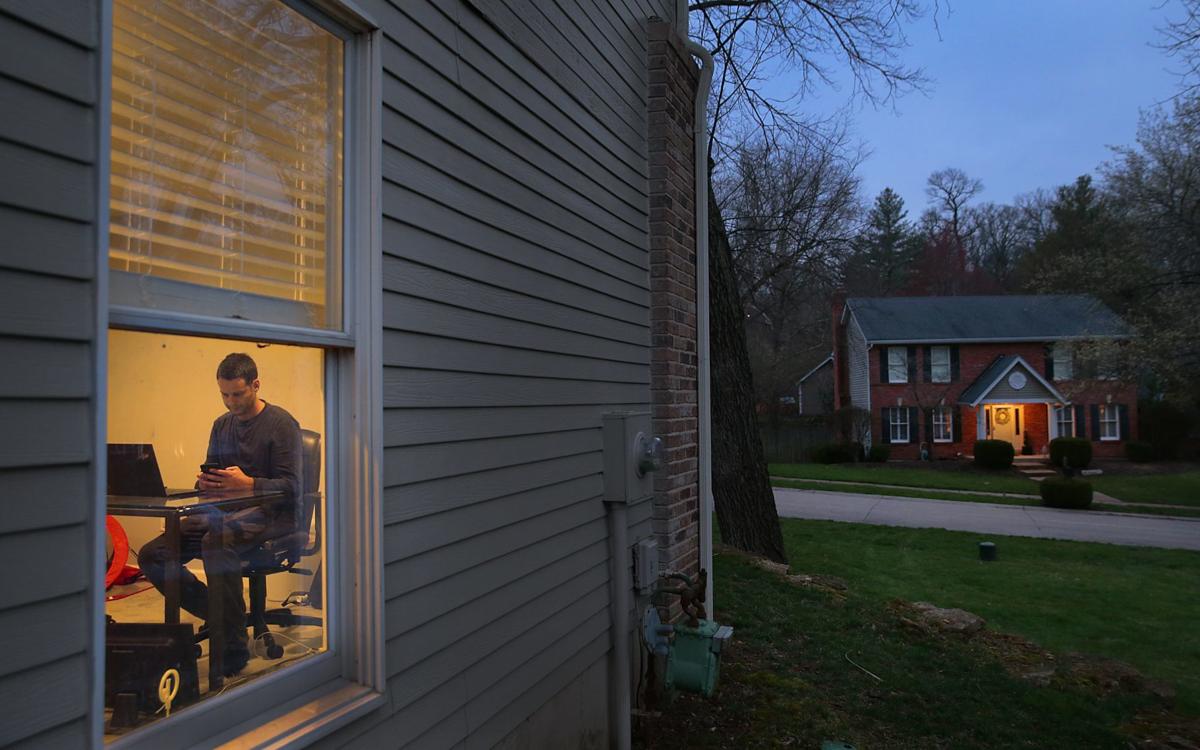 Confined to his Chesterfield basement, Jason Weinhaus works on Monday, March 23, 2020. Weinhaus was placed in isolation on March 15 after testing positive for COVID-19, along with his brother and his brother's wife who also tested positive. His parents Jane Weinhaus, who teaches at Deutsch Early Childhood Center at Congregation Temple Israel and her husband Michael Weinhaus are in intensive care fighting the virus. Photo by Robert Cohen, rcohen@post-dispatch.com 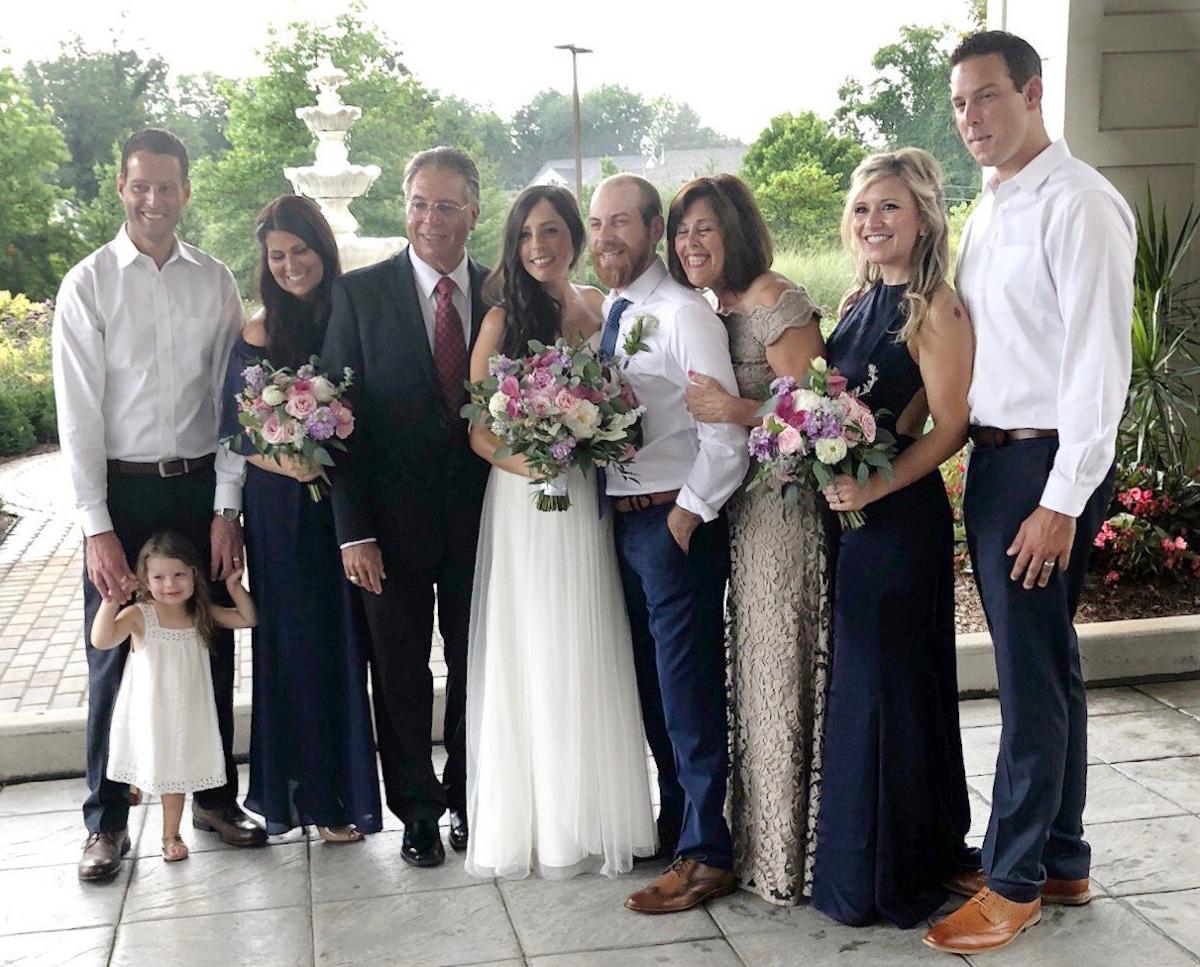 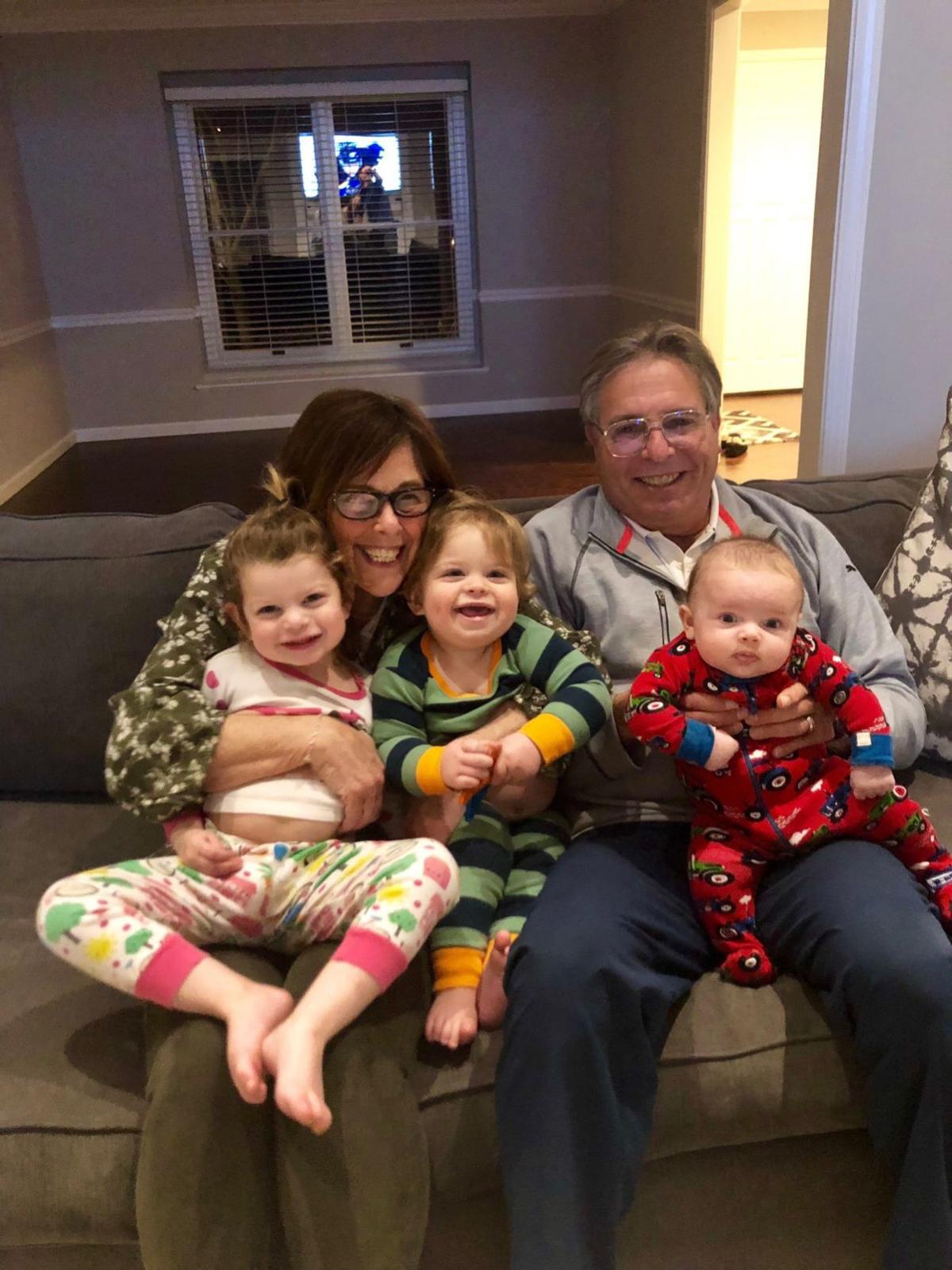