For 65 years, Oakville couple seldom left each other’s side. Then they died on the same day
0 comments
Share this
All our Winter Warm-Up coverage for 99¢

Jack and Harriet Morrison had their first date on Halloween of 1955.

"They went to a little diner and never separated from that day on," said Sue Wagener, a niece raised by the Morrisons.

On Saturday, their beds were placed next to each other in the nursing home where they lived. The Oakville couple held hands, as they'd done for nearly 65 years.

They met on a bus.

She was with him on one such trip when her future husband — his name was John J. Morrison Jr., but everyone called him Jack — was behind the wheel of the charter bus that drove the group to some of its concerts, said Wagener. It was his father's bus company then.

The couple married on May 5, 1956, about six months after their first date. Together, they ran and grew V-K Bus Lines while raising Wagener and their two sons.

Jack, 6 feet, 8 inches tall, drove the buses. And Harriet, almost a foot shorter and rail thin, came along, sitting behind him, or leaning against the handrail next to him, Wagener said.

Every day, he got up before Harriet to make her coffee. If they were in a hotel without a coffee pot, he went out and brought her a cup.

As Harriet cooked dinner, Jack would sneak up behind her and dump in spices — almost always to the detriment of the dish.

He drove her to the grocery store and waited for her in the truck while she shopped. Same with trips to the dry cleaner and her hairdresser.

"She’d get a perm, and he'd sit there for hours," Wagener said.

They always held hands. And they never went to bed mad.

They were active Moolah Shriners, a fraternal order devoted to philanthropy, and traveled the world next to each other, often on Shriner-related trips, including to Europe and Australia, said their friend of 40 years and fellow Shriner, Wayne Price.

Price and his wife had a standing Thursday night dinner meetup with the Morrisons for years at south St. Louis County restaurants.

"You didn’t see Jack unless you saw Harriet," said Price.

About a year ago, Harriet tripped while walking their dog, said Wagener, who lives in the Mehlville area.

She broke her pelvis and hip and never recovered. She suffered from dementia, and moved into The Woodlands of Arnold nursing home and rehabilitation center.

Meanwhile, Jack was having trouble living at home. He needed a smaller house without stairs. Wagener said she talked him into moving into a villa at the Woodlands in May. He loved living there, she said.

In September, he fell too. He broke his neck and the towering man needed a wheelchair. So he moved into the nursing home, four doors down the hall from his wife.

Even then, they'd nap together, one in a wheelchair, the other in bed — their hands intertwined.

"Some days she knew him, other days she didn’t," said Wagener.

Wagener said she never lied to Jack or Harriet, and that she told Jack on Christmas Eve that Harriet had stopped eating and drinking.

He barely ate or drank after that.

About 11 p.m. on Friday, she got a call from a nurse at the Woodlands who said Harriet appeared close to death. The sparkle was gone from her vivid blue eyes. The nurse asked if staff could move furniture out of Jack’s room so the couple could be together. Wagener said there was nothing she’d love more.

But it was Jack who died first, at 3:34 a.m. Saturday, next to his wife. Wagener said Harriet was unable to talk, but made sounds like whimpering.

They’ll be buried next to each other Wednesday. A graveside service is set for 11 a.m. at Parklawn Cemetery, 1800 Lemay Ferry Road. They’ll be laid to rest next to their son, John J. Morrison III, who died of pancreatic cancer in 2007. They also are survived by their son James Morrison, of Windermere, Florida, as well as their grandchildren.

"I’m sad. But I know they’re at peace and they’re back together," Wagener said. "It truly was a love story for the books." 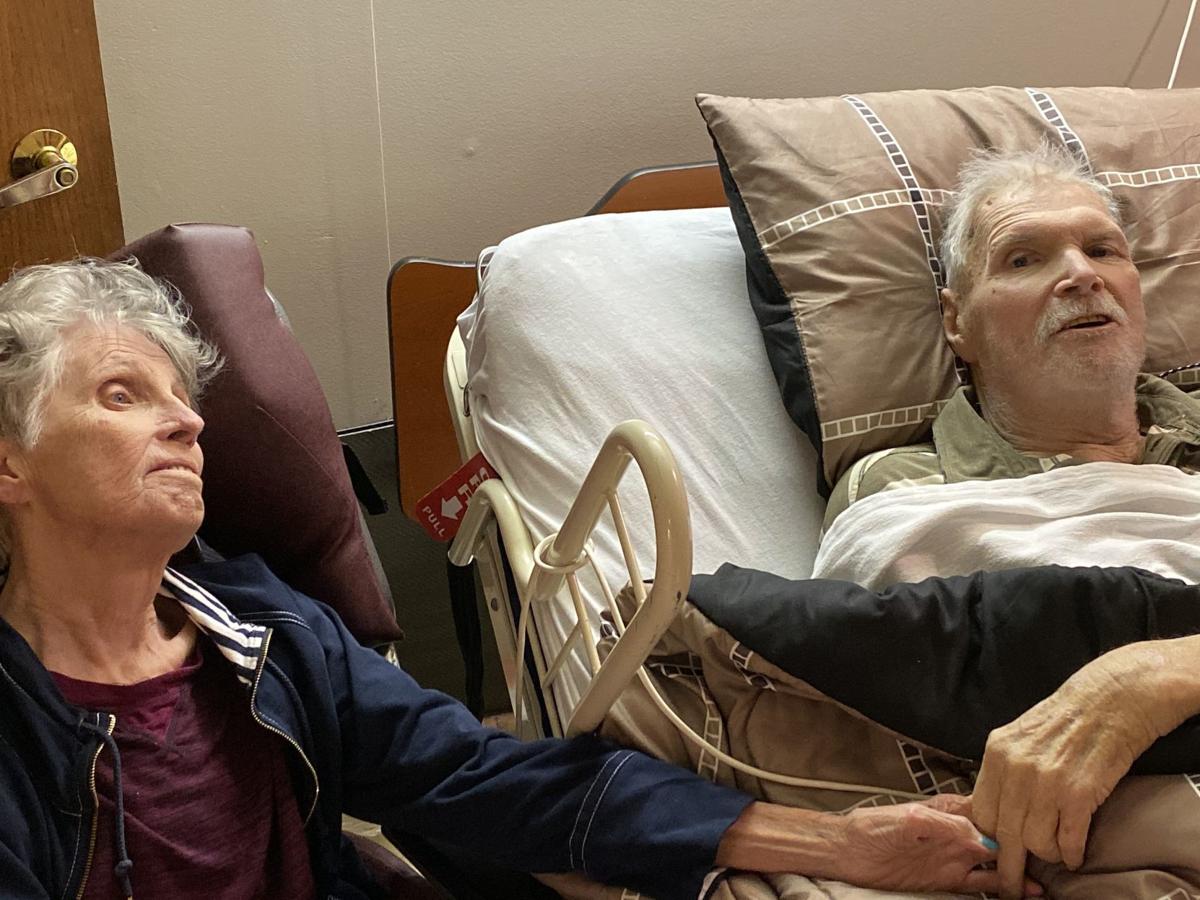 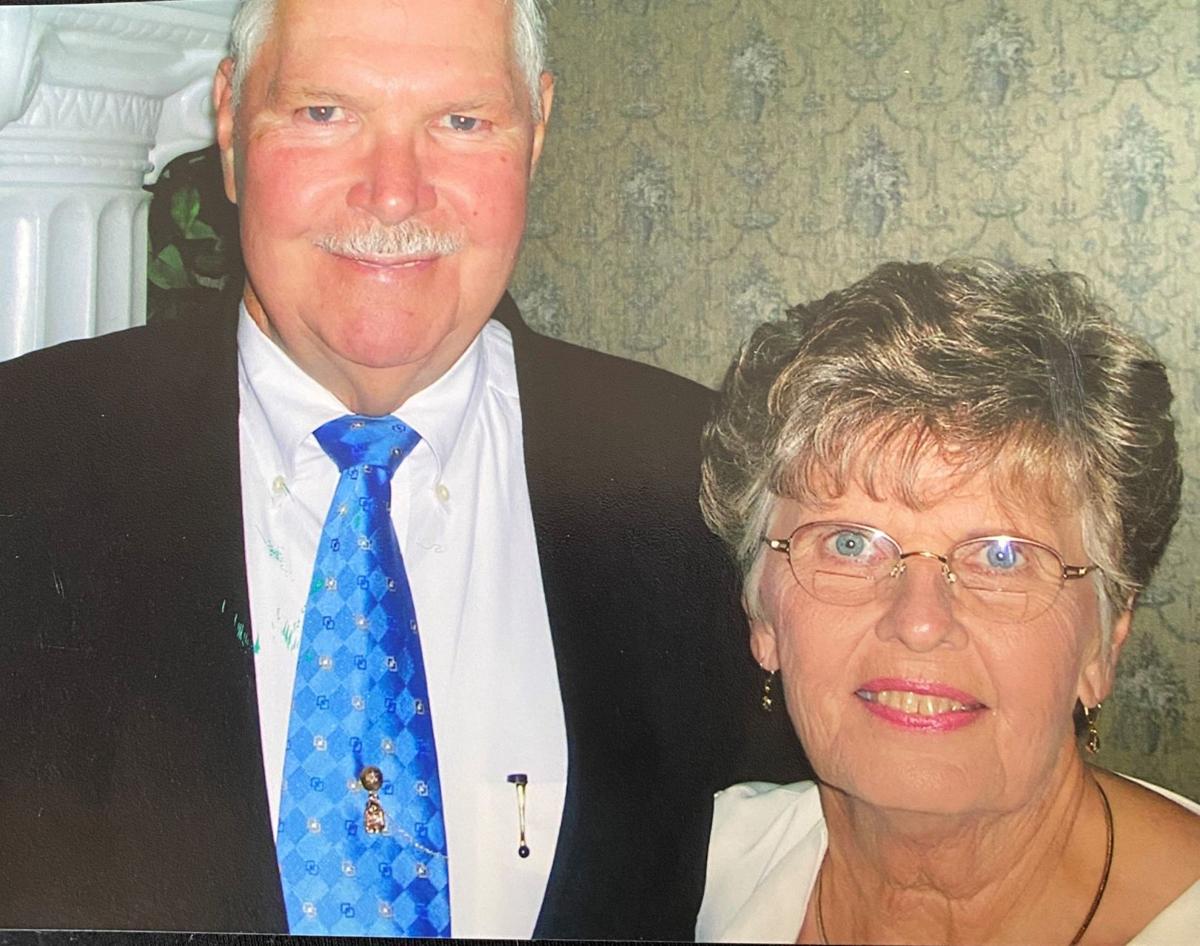 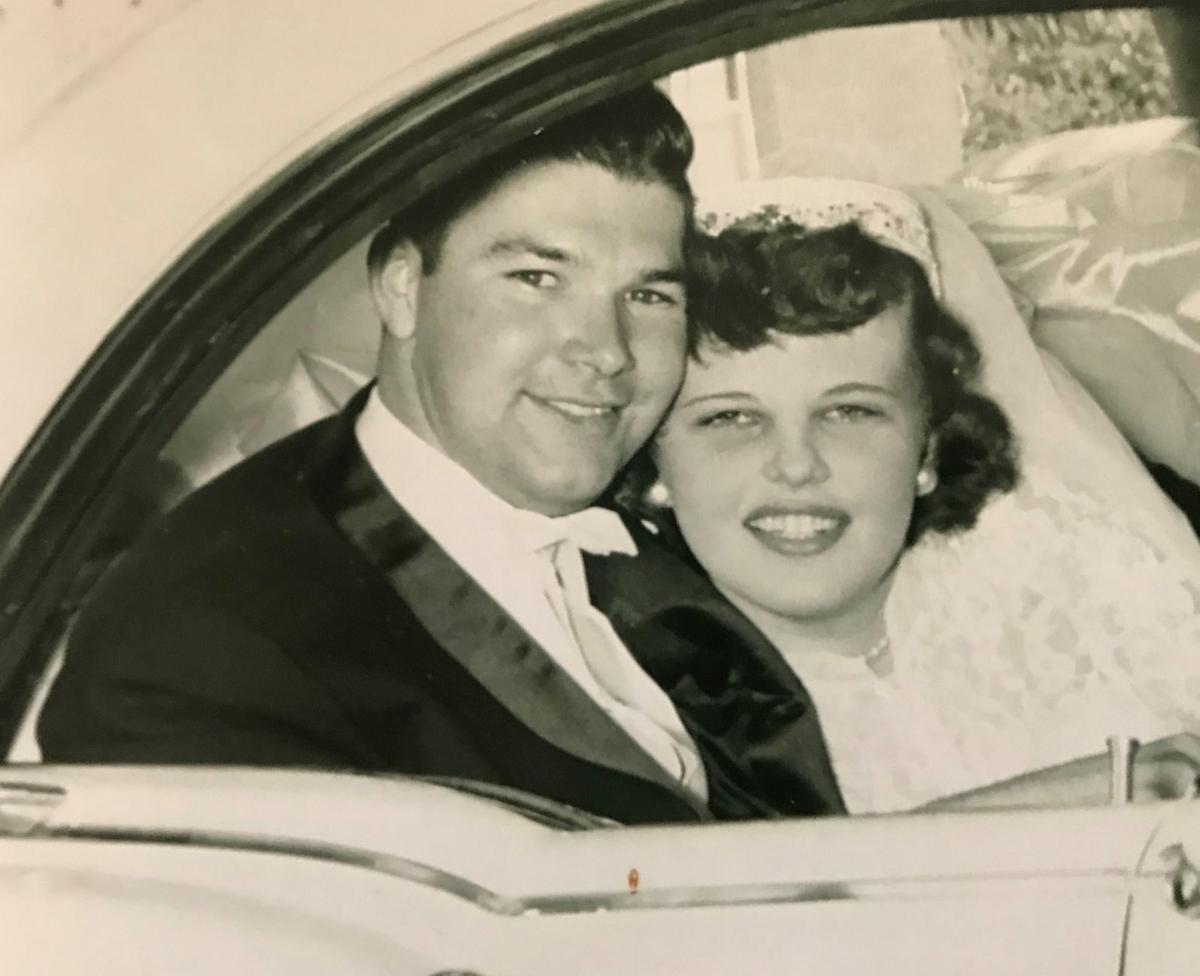 Jack and Harriet Morrison were married on May 5, 1956. PHOTO COURTESY OF FAMILY.