HOUSTON • The former St. Louis Cardinals scouting director who admitted he hacked accounts of the Houston Astros to gain insight into their operations was sentenced Monday afternoon to 46 months in prison.

Chris Correa pleaded guilty in January to five counts of unauthorized access to a protected computer. As part of his plea, Correa admitted to using the accounts of three Astros employees to view scouting reports, amateur player evaluations, notes on trade discussions and proposed bonuses for draft picks. The information he accessed was given an estimated value of $1.7 million by the U.S. Attorney’s office.

Correa, 36, also admitted taking measures to conceal his identity. The sentence includes two years of supervised release and restitution payment of $279,038.65. He will remain free until he is to report to prison, in two to six weeks.

With the Correa case completed, the focus turns to what action Major League Baseball might take against the Cardinals. The team could face stiff penalties. Baseball Commissioner Rob Manfred has broad powers to assess fines, limit draft spending, or confiscate draft picks.

Major League Baseball issued a statement shortly after the sentencing saying that it would now proceed with its own investigation.

The Cardinals also released a statement shortly after the sentencing.

“As we did with the government during its investigation, we intend to fully cooperate with the commissioner’s office in connection with its investigation so that this matter can finally be resolved,” Cardinals chairman and CEO Bill DeWitt Jr. said in the statement.

During his guilty plea six months ago, Correa contended he hacked into the Astros accounts to see if former Cardinals employees had taken proprietary data or statistical models to use in their new positions with the Astros. Correa told prosecutors he found evidence that it did occur, U.S. Attorney Kenneth Magidson told the Post-Dispatch at that time.

On Monday, Magidson called his “investigation complete” and said that if MLB wished to contact the U.S. attorney’s office, “we’ll listen to any request (for information) they have.”

Giles Kibbe, general counsel for the Astros, said after the sentencing that Correa accessed the Houston team’s database 60 times on 35 different days.

“I don’t know what he saw or thought he saw,” Kibbe said, adding that what was clear from listening to U.S. District Judge Lynn N. Hughes during the sentencing is this: “The Astros were victims in this case.”

Kibbe added that he would rely on Major League Baseball to now complete its investigation. “I have full faith in those actions,” he said.

Houston and its general manager, Jeff Luhnow, who began his baseball career with the Cardinals more than a decade ago, have repeatedly denied that Luhnow or any other former Cardinals employees brought information to the Astros.

“The Astros refute Mr. Correa’s statement that our database contained any information that was proprietary to the St. Louis Cardinals,” the team said in a statement in January. Along with the U.S. attorney’s investigation, in which no other member of the Cardinals’ organizations was charged, the team completed an internal investigation; its outcome was Correa’s dismissal a year ago.

Correa read a four-minute statement to the judge before Hughes handed down his sentence.

“I behaved shamefully,” Correa said, in apologizing to the Astros. “The whole episode represents the worst thing I’ve ever done by far.”

As he continued reading, offering an apology to his family with the promise to “regain your trust,” Hughes stopped Correa, asking him to turn around and speak directly to family members attending the hearing.

Correa did so, his voice breaking as he repeated his apology. Correa said that because of his actions, he lost his career and his house, and he will work with his wife to rebuild “a quiet life of integrity.”

Hughes chastised Correa several times for his actions, comparing them to middle-school behavior. The judge used as an example a teacher asking Correa if he threw the eraser to which Correa would justify the action by saying: “Bobby did, too!”

“I hope it didn’t work then. It’s not going to work now,” Hughes said. The judge likened Correa’s hacking actions to altering a check by adding extra zeroes “and wiping out someone’s bank account.” Hughes also disclosed in court that Correa had been using prescription drugs without a prescription since the hacking charges, and that he could also have been prosecuted for that crime.

Hughes noted that Correa had taken college classes in ethics, asking: “At any time did you think hacking the Astros’ computers and using other people’s passwords was ethical?”

“No, your honor,” Correa said. Correa left the courthouse without comment, climbing into the passenger seat of a white SUV that was quickly driven away.

Correa was originally hired to work on the analytics staff of the Cardinals when Luhnow was in charge of the team’s draft. Correa’s first position was unpaid. He asked to be compensated with only a lunch, with Luhnow and other executives. He worked from 2009 to July 2015 for the Cardinals and rose to become the team’s director of scouting. Correa succeeded Dan Kantrovitz, who had replaced Luhnow after he left for Houston in 2011.

As part of his plea in January, Correa admitted to illicitly accessing Houston’s database through three accounts from at least March 2013 to the end of June 2014.

He began by accessing the email account of one Astros employee who used to work for the Cardinals, referred to in the documents as “Victim A.” Although never mentioned by name in the documents, two of the former employees being described are believed to be Luhnow and Sig Mejdal. Both were key architects in the early days of the Cardinals’ analytic departments, and both are now baseball operations execs in Houston.

Correa took advantage of the fact that “Victim A” had used a password for his Astros email that was similar to the one he used with the Cardinals. He had gained the password when “Victim A” turned in his Cardinals laptop before leaving the team.

Correa was able to access the accounts of two other Houston employees and through them see information in a database nicknamed “Ground Control.” On March 24, 2013, Correa viewed an Excel file of every amateur player eligible for the draft as well as the Astros’ internal evaluations and the scouts’ proposed bonuses to offer the players. He also looked at the Astros’ evaluations of Cardinals’ prospects.

That June, during the draft, Correa entered Ground Control and filtered the Astros’ information on players not yet drafted. He also looked at specific pages for two players, neither of whom the Cardinals drafted.

During that visit he looked at Houston’s scouting information for three of the eight players the Cardinals’ selected the previous day in rounds three through 10. At baseball’s trade deadline, July 31, Correa peered into Houston’s notes on trade discussions. In March 2014, he again entered the database and looked at 118 pages of what court documents called “confidential information.”

Cardinals general manager John Mozeliak and other team officials have stated they did not know about the breaches until investigators alerted them in early 2015.

Derrick Goold of the Post-Dispatch contributed to this report. 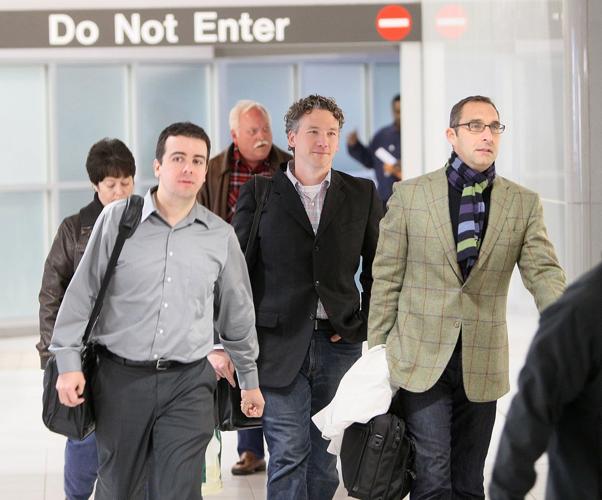 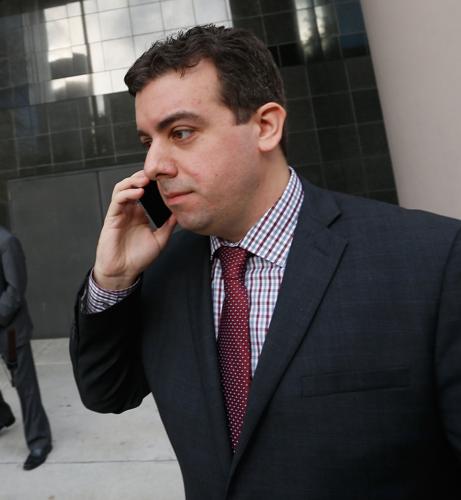