Future of St. Louis’ airport may be regional, with privatization out of the picture
0 comments
Share this
{{featured_button_text}}
1 of 2 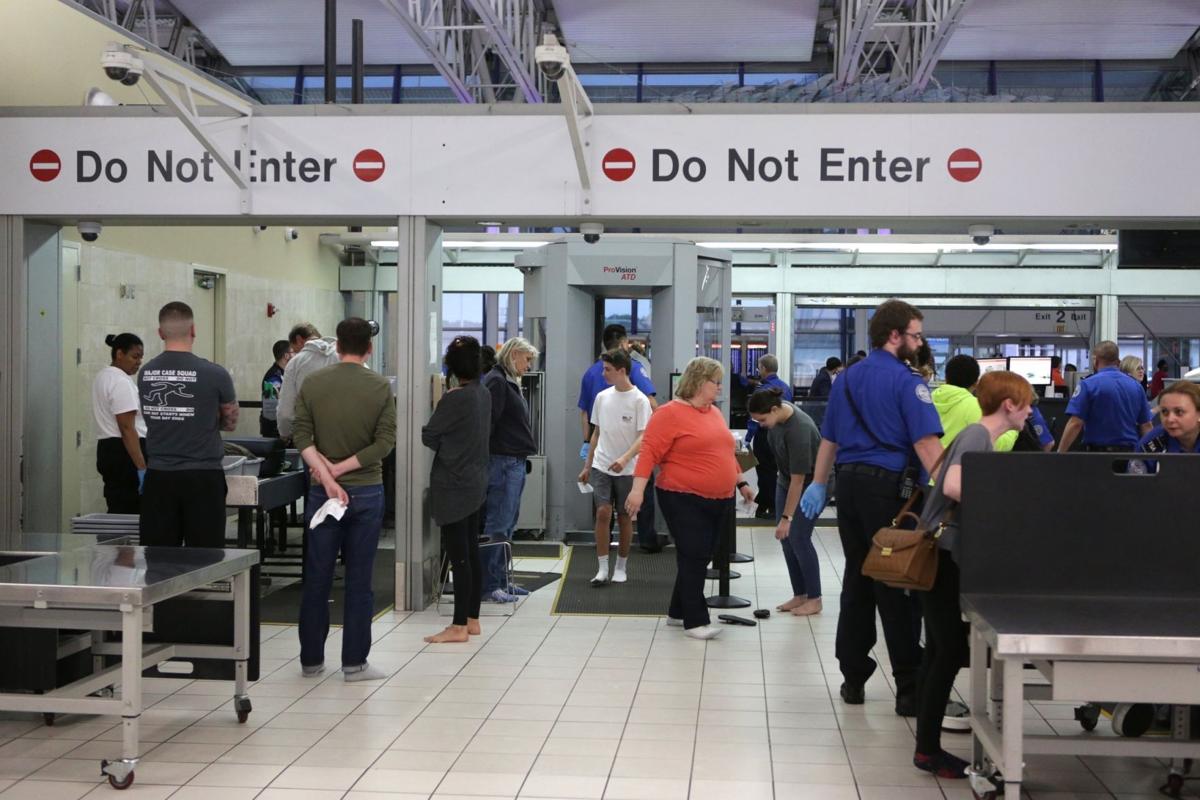 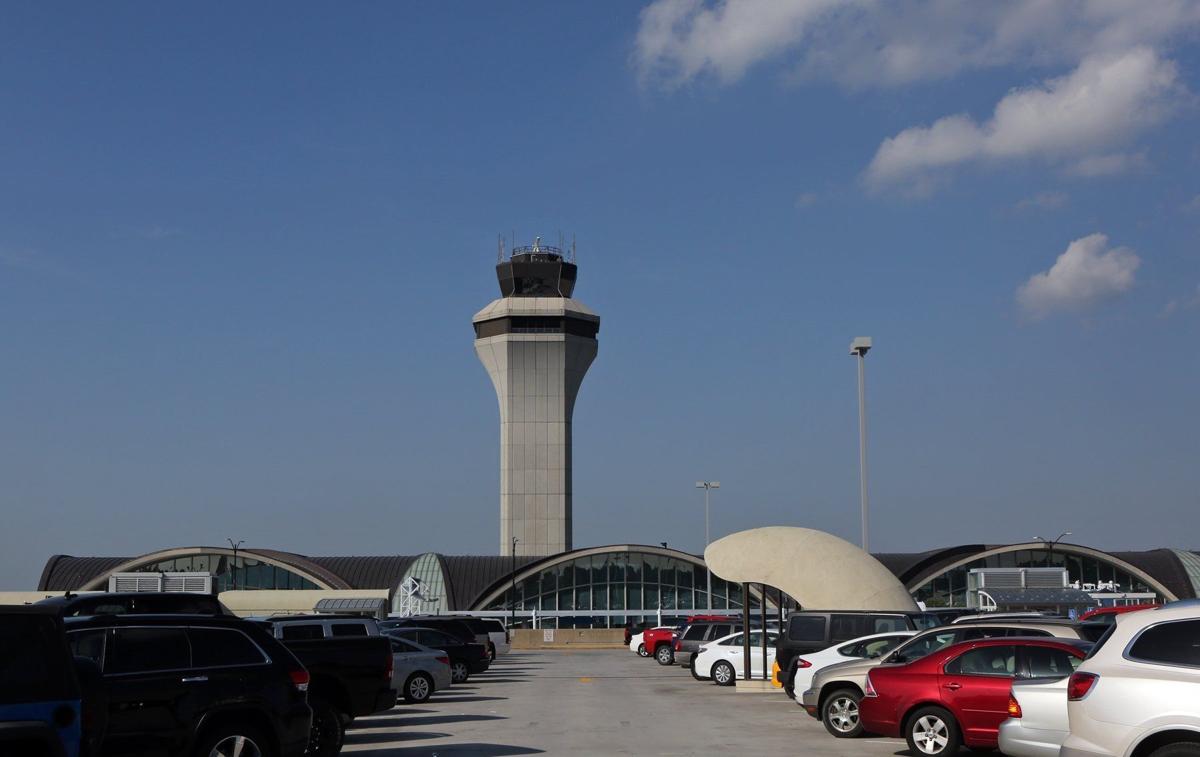 ST. LOUIS — City officials say they’re open to inviting more regional involvement in shaping the future of St. Louis Lambert International Airport now that efforts to turn it over to a private operator appear to be over.

“Even though it is improving leaps and bounds faster than our regional economy, there is a lot of room for growth,” said St. Louis Alderman Cara Spencer, D-20th Ward, a vocal critic of privatization who pushed for a public vote on the airport’s future. “Now is the perfect time to have that regional conversation and for us all to be at the table.”

The privatization process won’t formally end until the Board of Estimate and Apportionment — the mayor, comptroller and aldermanic president — votes at its meeting Jan. 15 to close a contract between the city and consultants hired to explore privatization.

Before then, the Airport Commission, a board that oversees the airport and includes representation from St. Louis, St. Charles and St. Clair counties, meets Wednesday in what is its first public meeting since Mayor Lyda Krewson ended the privatization process Dec. 20after hearing from critics, including local business leaders.

Meanwhile, the St. Louis County Port Authority is moving forward with its own study of the regional impact of airport privatization, and other county and municipal leaders in the region are floating ideas about airport planning by the Board of Freeholders, the East-West Gateway Council of Governments, state officials or a regional sales taxing district that would generate money to buy the airport from St. Louis.

“I haven’t spoken with them about that, but I will,” Krewson said. “Certainly, I look forward to seeing what they come up with.”

Spokesman Jacob Long said Krewson supports a regional planning process, but conversations about what that process would look like are ongoing.

“We all know we need a stronger airport to help our city and region thrive and grow,” Long said. “We want to be deliberative and to include all of the voices that need to be heard.”

Comptroller Darlene Green, who has been a staunch critic of airport privatization, said in a lengthy written statement that the airport is “thriving,” but that she is “encouraged” by regional interest in its future.

“St. Louis Lambert International Airport is the linchpin that drives business and tourism to our entire region — as such, while the City of St. Louis owns the airport, we all have a stake in its growth and vitality.”

‘Done with that chapter’

St. Louis Budget Director Paul Payne, chairman of the Airport Advisory Working Group, said the group would not meet again and the Board of Estimate and Apportionment would have to vote to formally end the privatization process.

The vote would officially close the city’s agreement with retired financier Rex Sinquefield’s group Grow Missouri, which paid at least $11 million since August 2018 to fund the privatization talks, according to quarterly receipts. The agreement stipulated Grow Missouri would only be reimbursed if the city went through with leasing the airport to a private operator.

The city expects to retain reports and data generated by the privatization process, but it’s unclear whether they will remain on the FLY314 website or how they will be maintained, Payne said.

“I would say that there was a lot of data gathered in preparation for this process that is winding down and that I think will be put to good use in whatever form that takes in planning the airport’s future,” Payne said.

Airport Director Rhonda Hamm-Niebruegge said last month that the concepts remained on the table, but the agenda for the Airport Commission’s meeting Wednesday does not include formal discussion of the privatization process.

“I’m happy that we’re done with that chapter and we can move on,” Kling said. “There are priorities that we need to address that have been put on hold because of the privatization process.”

Commissioner Rik Nemanick, a business consultant, said he hopes Krewson’s administration will brief the commission on the privatization studies.

“I’d like to first hear from them what they took away from it and what’s been shared with the administration and figure out where we’re going to go next,” he said.

Whether the city would sell the airport to a proposed sales tax district lies outside of the commission’s purview, Nemanick said, but he noted that the commission includes regional representation.

“We represent the city, the county, Illinois and St. Charles (County),” Nemanick said.

But commissioner Kevin Cantwell, who represents St. Charles County, said the commission votes on contracts and other items “but we’re not setting the direction of the airport.”

While commending the current airport administration, Cantwell said he would be open to other configurations with more regional input.

“I think we can monetize the airport in a way that can help the city, but more importantly improve the region and be under a regional control so that we’re not selling that asset,” Cantwell, who also is a member of the St. Louis Regional Convention and Sports Complex Authority, said.

Other Airport Commission members, including Alderman Marlene Davis, a member of the Airport Advisory Working Group, declined to comment. Regional Business Council CEO Kathy Osborn, also a commission member who privately lobbied against privatization, did not respond to requests for comment.

If the region is serious about having a discussion about how to improve the airport, one possible forum could be the East-West Gateway, said St. Charles County Executive Steve Ehlmann. The regional planning arm brings elected leaders together for regular meetings, and Ehlmann noted he will be the chair of the organization this year.

Another possible forum to discuss Lambert governance and investment is in Jefferson City, where state lawmakers will convene to begin their annual session Wednesday. Ehlmann, who advocated for regional control of Lambert in the late 1990s when he was a state legislator, said he’d like to see a bill filed dealing with Lambert so hearings can be held and a discussion started.

“The city can do the things the city does because there’s statutes that have been passed to enable them to do that,” he said. “They can run an airport because there’s a statute that says they can. That’s why one of the one of the places this whole discussion can take place is in Jefferson City.”

St. Louis County Executive Sam Page said in a written statement that he supports a regional conversation about Lambert but that “it’s too early to know next steps.”

Adolphus Pruitt, with the NAACP of St. Louis, told the Post-Dispatch on Thursday that any discussion about the airport should include how it can spur economic development benefiting residents of north St. Louis.

“Any support to do anything with the airport that does not take into consideration underserved populations is a waste of time,” he said.

Pruitt also said the NAACP is exploring legal action against entities that interfered with the privatization process, citing “tortious interference,” a legal term for when a third party intentionally damages a contractual agreement between other parties.

“The city and the citizens of St. Louis had a bonafide contractual relationship to explore privatization and we believe any loss we suffered from privatization that anyone who interfered, corporate and otherwise, may be subject to tortious interference,” he said.

Jacob Barker and Mark Schlinkmann of the Post-Dispatch contributed to this report.

Proposed study of how Lambert should be governed hits some turbulence

Amid growing community opposition, the final straw may have been delivered by prominent business groups.

Mayor says it’s ‘valid’ to seek ‘input of local people.’ But comptroller says process appears to be ‘set up for the benefit of special interests.’

A closed-door disagreement about whether to advance a bidder connected to Jeff Rainford, a lobbyist who was a chief of staff to former mayor Francis Slay, may have been a factor in the delay.