ST. LOUIS — Speak in short sentences. Be clear. Direct but not rude. Stay calm, even if you’re shaking inside. Never put your hands in your pockets. Make sure people can always see your hands. Try not to hunch your shoulders. Listen to their directions.

Darnell Hill, a pastor and a mental health caseworker, offers Black teenagers these emotional and physical coping strategies every time a Black person is fatally shot by a police officer. That’s when parents’ worries about their sons and daughters intensify.

Hill, who is African American, learned “the rules” the hard way. When he was 12, he and a group of his friends jumped a fence to go for a swim in a lake. That’s when two officers approached them. One of the cops, a white man, threatened to shoot Hill and everyone else if he ever caught them there again.

He still tells himself that the officer didn’t mean what he said that day. But Hill’s tone changes when he thinks about the second time white men threatened him with a gun.

Hill and his family moved to a small, mostly white town in Florida. He rarely left the house at night, but one day when he was a sophomore in high school, his grandmother, who wasn’t feeling well, asked him to take their car and drive to a convenience store for ginger ale.

He got lost along the way and asked two white men for directions. Instead of offering help, the men tormented him, Hill said. When he tried to drive away, the men followed him in their vehicle, chasing him around in the dark. He thought surely they would kill him if they caught him.

“They told me it was (N-word) season,” Hill recalled. “I was terrified.”

The traumatic event is hard to talk about, Hill said. His voice still shakes as he describes how the night unfolded. That’s one reason he’s helping teenagers unpack their trauma — and guard against experiencing more — as they try to cope with the mental health burden of other people’s racist assumptions.

His unofficial guide to what he calls “living while Black” can be tough to remember under pressure. But Hill said the survival skills feel essential to many who grow up feeling that the color of their skin makes them vulnerable to becoming the next George Floyd, an unarmed Black man killed by a white Minneapolis police officer on May 25, an event that has prompted civil rights protests around the world.

But well before Floyd’s death, Hill’s phone began to ring more. It was the start of the coronavirus pandemic and his young clients from the Hopewell Center, a mental health agency in St. Louis, needed help processing the closing of schools, loss of jobs, social isolation and loss of loved ones. So instead of working from home, Hill put a folding chair in the back of his car and started making house calls. He planted his seat in front yards and sidewalks while his clients stayed on their front porches.

The conversations Hill was having grew more complicated, though, after Floyd’s killing. Two months before Floyd’s death, Breonna Taylor was killed in Kentucky after Louisville police officers entered the Black woman’s apartment dressed in plainclothes. Taylor’s boyfriend thought the officers were intruders, so he fired a single shot. Officers responded by shooting Taylor at least eight times. Ahmaud Arbery, a 25-year-old Black man, was chased down and fatally shot while jogging in Glynn County, Georgia. Three white men were arrested.

The mental anguish for some Black families exploded as they saw these images and stories repeatedly on the news.

“When these happen, we have to address them,” said Lekesha Davis, vice president of the Hopewell Center. “It’s having a direct impact on (Black families’) mental and emotional well-being.”

Hill offers coping skills as he makes his rounds every week. His conversations during regular visits now include discussions about police brutality, civil unrest and how to survive. Part of Hill’s work is teaching the mechanics of navigating everyday encounters — from walking in a public space like a park to being stopped by the police for entering a business.

Don’t make any sudden moves. Watch your body language. Don’t point your fingers, even if you’re mad. Don’t clap your hands. Listen. Know the law. But don’t say too much. Make eye contact.

While many Black families have their own sets of rules, he hopes that following his do’s and don’ts will allow kids to survive as unscathed as possible to realize their life ambitions. “Let’s just make it home,” Hill tells them. “We can deal with what’s fair or not fair, what’s racial or not racial at a later date.”

White children and teenagers, meanwhile, aren’t generally taught these sometimes futile survival skills with the same urgency. They’re just as unlikely to learn about the systemic racism that continues to create the problems, and almost certainly not what it would take to undo it.

Hill knows his training sessions don’t guarantee a win. He’s a husband, father, nonprofit board member and the president of the parent-teacher organization at his youngest child’s school. His voice is friendly and his demeanor is calm. Still, sometimes none of that matters when Hill drives in a predominantly white neighborhood. While he knows not all white people stereotype him, he remains aware that his height and weight (he’s 5-foot-10 and over 300 pounds) and the color of his skin could turn him into a target — even when he’s trying to order lunch.

It’s impossible for him to prevent an officer from invading the wrong apartment. He can’t teach Black boys how to sleep, jog or bird-watch in non-threatening ways. And he can’t stop a prejudiced cop from firing shots at an unarmed Black man.

Hill’s just glad he can fill in the gaps when families need him. And he knows it has helped on occasion: A 16-year-old client recently told him he’d channeled his advice when he was stopped by two police officers near Ferguson. The teenager had been walking around with his lawn mower to make some money cutting grass. On his way home, the officers stopped him and asked why he was outside and how he had obtained the lawn mower. The teen told Hill the next day his advice had helped him stay calm and defuse the situation so he could get home safely.

Another teen Hill has worked with, Isaiah McGee, 18, has aged out of Hopewell’s youth mental health program, but Hill still checks in with him every other week.

The teen recently graduated from high school and plans to study music in college this fall. “I’m just trying to make it somewhere in life,” McGee said. “Leave my thumbprint on the world, become a legend.”

Kaiser Health News is a national health policy news service. It is an editorially independent program of the Henry J. Kaiser Family Foundation.

The victim, Gregory J. Muller, was swimming off a sandbar when he became caught in an eddy, according to the Missouri Highway Patrol. 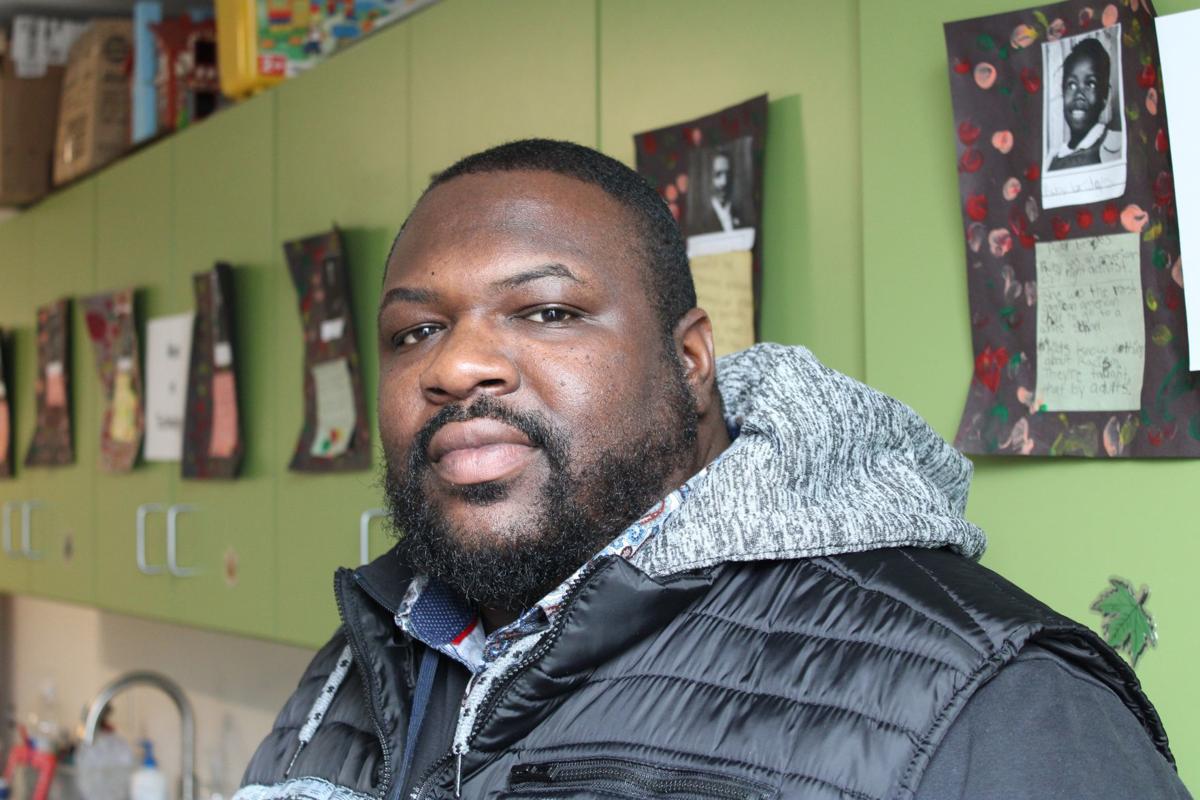 In his work with black teenagers, pastor and mental health caseworker Darnell Hill teaches an unofficial guide to what he calls “living while black.” Though many black families have their own sets of rules to navigate others’ racist assumptions, Hill says he hopes that following his “do’s and don’ts” will allow kids to survive as unscathed as possible to realize their life ambitions. “Let’s just make it home,” Hill tells them. (Cara Anthony/KHN)

Isaiah McGee, 18, is a mentee of Darnell Hill’s. McGee has aged out of the program at the Hopewell Center where Hill works as a mental health caseworker, but Hill still checks in with McGee every other week. (Courtesy of Isaiah McGee)