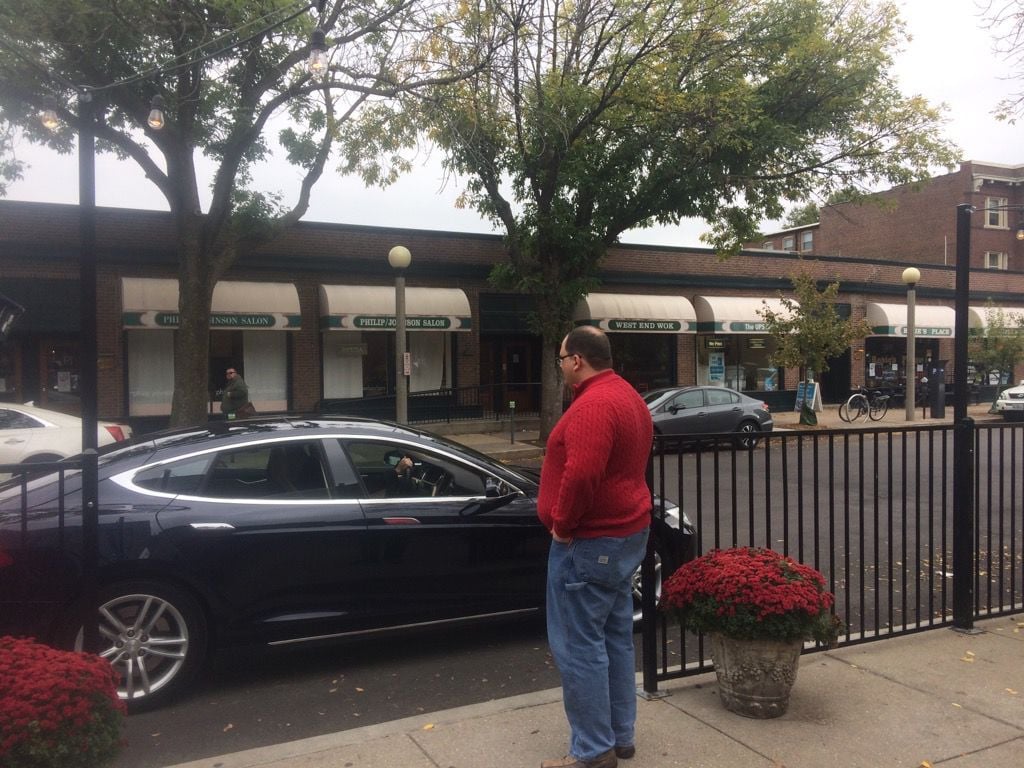 Ken Bone of Shiloh gets ready to take a ride in a Tesla through Uber Select. He made a pitch for the new service in St. Louis on Thursday, Oct. 13, 2016 in the Central West End. Photo by Leah Thorsen. 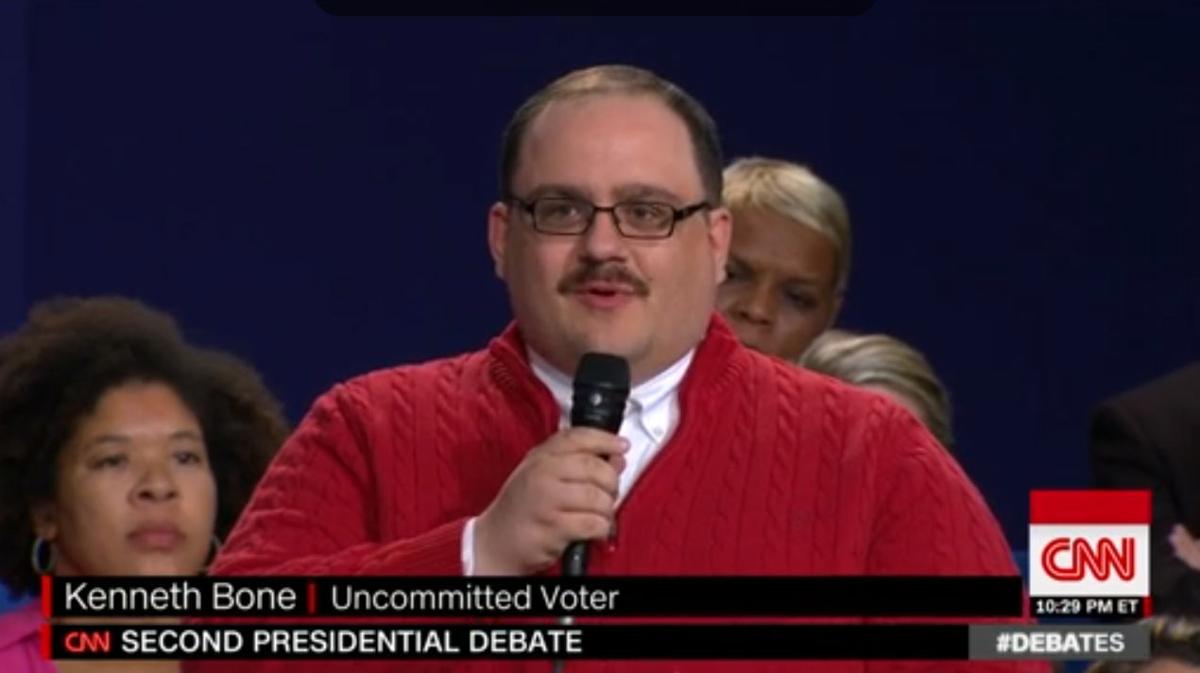 Internet sensation Ken Bone is using his moment in the spotlight to assume the role of Uber pitchman.

Bone, of Shiloh, attracted nationwide attention — as did his red sweater — during Sunday’s presidential debate when he asked the candidates about their views on energy policy.

Bone works as a plant operator at a coal plant near Sparta, Ill.

On Thursday morning, he stood in the Central West End in his famous sweater to tout a new service by Uber in the St. Louis area called Uber Select, which already is available in other cities.

The Uber Select cars are high-end brands such as Audi and Mercedes, Uber said. The service is a step between UberX and the company’s premium service, Uber Black. Riders can use their smartphones to summon a car through the Uber app. Prices for Uber depend on the service being used, as well as time of day and location.

Bone was the first user of the Uber Select service in St. Louis on Thursday, and took a brief ride in a Tesla before coming back to take questions from reporters, saying that Uber Select matched his “high sense of impeccable style.”

He has become pretty media savvy in the last few days and skillfully sidestepped a question about whether he’s being paid for his endorsement of Uber.

“I’m not a millionaire and they’re not hurling money at me,” he said, saying he was using Uber cars to get to various media interviews. He had never used Uber before.

The fate of UberX, an app-based, ride-hailing service in which drivers use their own cars to ferry passengers, remains in limbo in the St. Louis region. The St. Louis Metropolitan Taxicab Commission and Uber are embroiled in competing lawsuits.

On Sept. 18, 2015, the taxi commission voted to allow ride-hailing services, but it required drivers to be fingerprinted and possess a Class E Missouri commercial drivers license, also known as a chauffeur license. Those terms are dictated by a state law specific to St. Louis and St. Louis County.

That same day, Uber launched UberX, even though drivers had not met the requirements set by the taxi commission. UberX has operated in defiance of commission regulations since then, saying that it conducts its own thorough background checks and that fingerprint checks are too onerous for its drivers.

More endorsements could be on the way for Bone, 34. He said he had a meeting scheduled in Washington with representatives from Izod — the company that makes his red sweater.

And no, he hasn’t decided which candidate for president will get his vote.

Along for the Ride: Blind woman says UberX cut her transportation costs in half

Court battle between taxi commission and ride-hailing company slogs on

UberX has been dropping off passengers at the airport.

Bone, one of 40 undecided voters selected to ask the candidates questions, had picked out an olive suit.

Ken Bone of Shiloh gets ready to take a ride in a Tesla through Uber Select. He made a pitch for the new service in St. Louis on Thursday, Oct. 13, 2016 in the Central West End. Photo by Leah Thorsen.