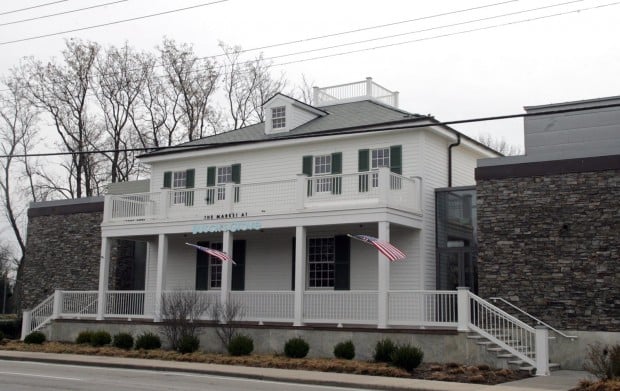 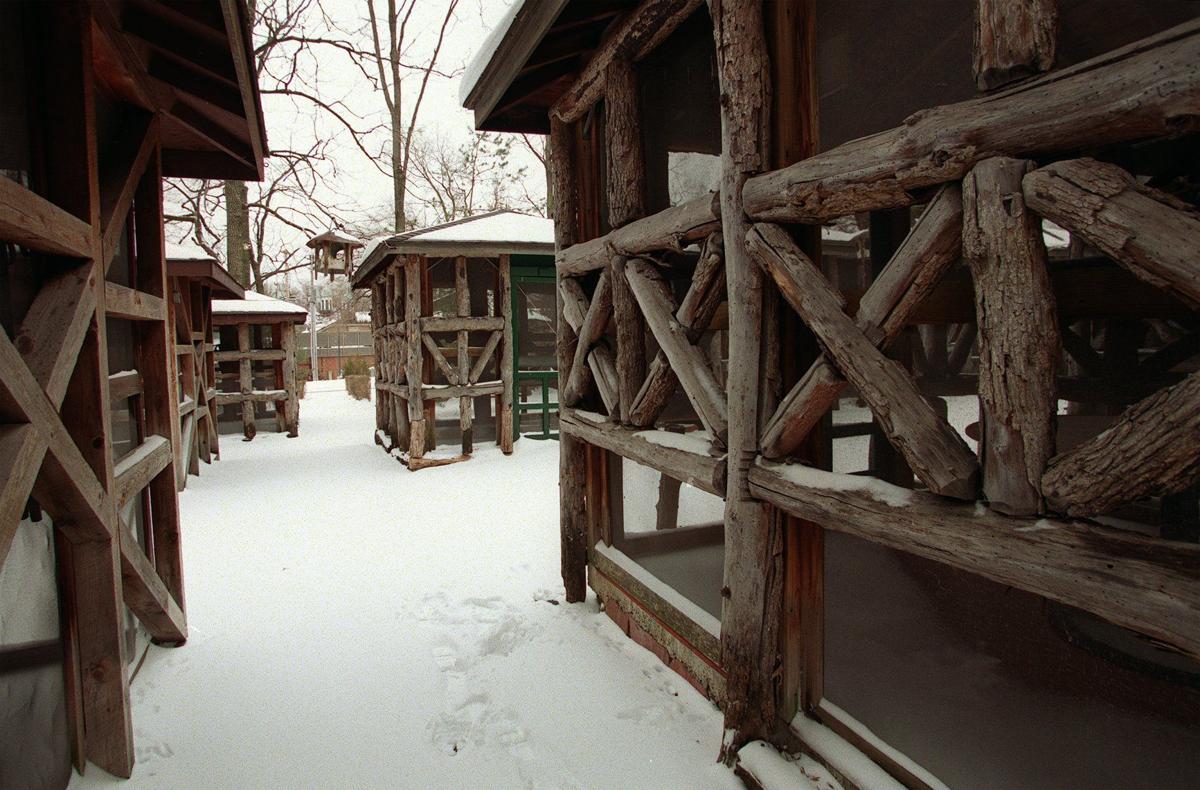 Busch's Grove Restaurant at 9160 Clayton Road in Ladue closed its doors in 2003 to the surprise of many. The unique cabanas on the property behind the restaurant hold memories for many St. Louisians. The owners decided to develop the property because of the value of its location. PHOTO BY KAREN ELSHOUT

By Thomas Lee of The Post-Dispatch

For more than a century, the restaurant in Ladue served up entrees and ambience. Now, owners plan to develop the site for office and retail use.

Busch's Grove, the landmark restaurant in Ladue that has entertained luminaries from Theodore Roosevelt to Stan Musial, has shut its doors. Owner Carl Cowles said he and partner Bill Carter plan to redevelop the property at 9160 Clayton Road into a mixture of retail and office space. The restaurant served its last meal Saturday.

"We'll miss our many longtime customers and friendships we made, but it came down to a tough business decision to close and redevelop," Cowles said.

Although Busch's Grove continued to draw crowds, the restaurant industry is suffering because of a weak economy, he said. The restaurant sits on premium real estate, which includes a rear courtyard and parking lot, Cowles said.

For tax purposes, the property was valued last year at $1.45 million, according to county records.

"We are not using the (full) potential of the property," Cowles said. "It's a prime location. We are sitting on a pretty good piece of land if we develop it."

Cowles said there is a good possibility the redeveloped property will still be called Busch's Grove. The building, which will be preserved, is on the National Register of Historic Places. Redevelopment will focus on the area around the building.

Last week, the Schneithorst's Hofamberg Inn, another St. Louis-area landmark restaurant, was demolished. The Schneithorst family, which owns the property at Clayton Road and Lindbergh Boulevard, plans to redevelop the site into commercial space, including offices and boutiques.

Busch's Grove, which has no connection to Anheuser-Busch Cos., traces its roots back to pre-Civil War St. Louis, according to the restaurant's Web site. First known as Woodlawn Garden, the structure was built between 1855 and 1860. It was used as a farmhouse, post office, stagecoach stop, hotel and saloon at various times.

In the 1870s, Charles Robyn, a former Clayton postmaster, used the property for his Claytonville Beer and Wine Saloon Garden. John Busch eventually bought the building and opened Busch's Grove restaurant in 1891.

His son Henry Busch took over the business in 1909 and eventually sold it to his partner, Paul Kammerer, grandfather of Cowles' wife, Patti.

The restaurant played host to many figures in sports, politics and entertainment, including Babe Ruth, Will Rogers, Charles Lindbergh and Harry S Truman.

With its distinctive outdoor gazebos and country club atmosphere, Busch's Grove was a favorite summertime haunt for the St. Louis elite, who often celebrated retirements and wedding anniversaries there. Anheuser-Busch executives and local celebrities, such as Jack Buck, Harry Caray and Musial, frequented the restaurant at various times.

Musial visited the restaurant three times a week and had his own table, Patti Cowles said.

Busch's Grove commanded a loyal customer base that often stretched across generations. Some customers had their trophy fish hung in the restaurant, Patti Cowles said.

Mark Bradley, property manager of nearby Clayprice Shopping Center, said: "Everyone I talk to in Ladue hangs out there. In the summertime, the place was packed."

"It's a shame that it's closing," O'Guin said. "It's such an institution. It's an integral part of the neighborhood."

Olivette rules out roosters and bamboo

“One family had a mini cow on their property, and we had chickens running around in various neighborhoods, as well as some overzealous landscaping,” said Carlos Trejo, the city's director of planning and community development.

As of Friday, Missouri residents age 16 and older can visit the hospital system's vaccine page, register and schedule an appointment time.

Starting next month, the state will launch a $5 million ad campaign to urge residents to get the vaccine.

More than 1,200 COVID-19 vaccine appointments available on Friday and Saturday in Columbia

Busch's Grove Restaurant at 9160 Clayton Road in Ladue closed its doors in 2003 to the surprise of many. The unique cabanas on the property behind the restaurant hold memories for many St. Louisians. The owners decided to develop the property because of the value of its location. PHOTO BY KAREN ELSHOUT