ST. LOUIS • The black charter bus pulled off Interstate 55 in south St. Louis and onto a dead-end road Tuesday afternoon.

Neighbors in nearby apartments came to see what was going on. Those on the bus headed toward a house with an expansive view of the Mississippi River and began taking photos.

But it wasn’t the house they were here to see. It was the hill it sits on.

Oh, and this is no hill. It’s the last standing Native American mound in St. Louis.

St. Louis is often referred to as Mound City, based on the more than 40 earthen structures that were once part of its landscape. But now, just this one, known as Sugarloaf Mound, remains.

The mound — and the 900-square-foot house that sits atop it — was bought in summer 2009 by the Osage Nation, a tribe based in Oklahoma. Preservationists, archaeologists and politicians had written to the tribe when the property went on the market.

The Osage didn’t build Sugarloaf, but based on archaeological evidence, the tribe believes its ancestors include a mound-building society that constructed massive earthworks throughout the Midwest. The best example of those structures in this area can be found at the Cahokia Mounds State Historic Site in Collinsville.

“We want to remove the house, reconstruct a part of the mound the best we can and build an education center to the side,” said Deidre Bigheart, executive director for governmental affairs for the Osage Nation.

Bigheart said the mound would not be used as an archaeological site, however.

“Too much damage has already been done,” she said. “We want to preserve it. We consider it a sacred site.”

Wendy Ponca is one of 25 members of the tribe who are on the weeklong trip to view various Indian sites throughout the St. Louis region. She said she was happy the Osage Nation had stepped up and bought the land.

“We want people to remember the Osage,” Ponca said. “That this is the only remaining mound and others weren’t preserved? Shame on us, the American nation.”

The Osage Nation bought the property at 4420 Ohio Street for about $230,000 from an elderly couple who put it on the market in the fall of 2008 to move to California to be closer to relatives.

Exactly what the mound was used for is uncertain. John Kelly, an archaeology professor at Washington University, told the Post-Dispatch in 2009 that it was probably a burial mound. But Andrea Hunter, the tribe’s historic preservation officer, said Tuesday that it was more likely the site of a chief’s home or the location for ceremonies — both also common uses for mounds of significant size.

Sugarloaf Mound was listed in 1984 on the National Register of Historic Places. The 85-year-old house with impressive views of the Mississippi River was not.

Those on the bus walked up the steep hill and took photos of the exterior of the boarded-up house and of one another.

According to a 2008 newsletter by the Landmarks Association of St. Louis, the mounds throughout the city were used by surveyors to measure distances and by residents as a way to orient themselves.

“We were indeed the Mound City and the mounds gave us a sense of place,” the newsletter said.

One of the city’s best-known earthen structures was known as Big Mound. It disappeared in the mid-1800s when the land was sold to the North Missouri Railroad. Sixteen mounds were destroyed in Forest Park to prepare for the World’s Fair in 1904.

In addition to the preservation efforts at Sugarloaf, long-range plans include linking it to other Indian sites with trails that would ultimately feed into a system the Great Rivers Greenway District continues to build.

Any work at the site, including demolition of the house, is still at least a year away, Bigheart said.

Watch now: Aisha and Tony discuss how to increase vaccination rates in Missouri

Watch now: Aisha and Tony discuss how to increase vaccination rates in Missouri

In reading the article “Budget cuts hit American Indians hard” (March 17), I realized that some of the statements in the article are excellent…

Plan could spur Senate and House to negotiate.

To the Osage tribe, Sugar Loaf Mound is every bit an icon of St. Louis as the Gateway Arch. 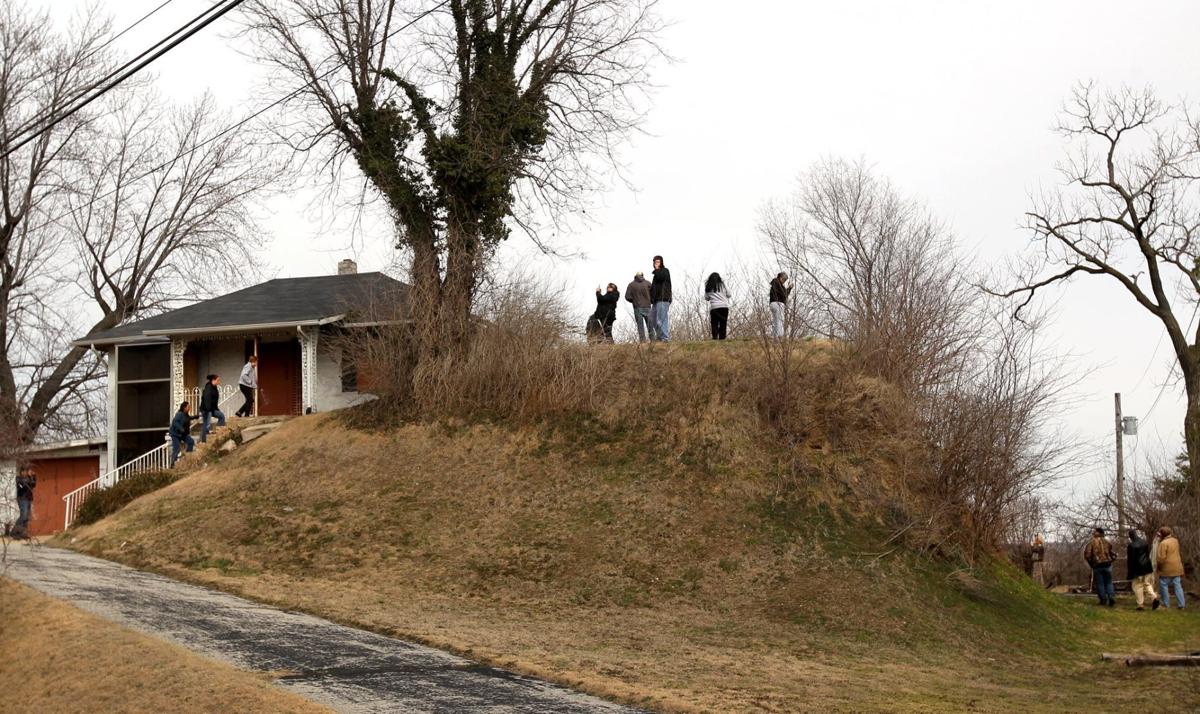 A group of people from the Osage Nation tour a Native American mound in St. Louis on Tuesday, March 19, 2013. The tribe purchased Sugarloaf Mound and the house built on top of it, located at 4420 Ohio Street in St. Louis, in 2009. The home was demolished in July 2017 as part of the Osage plan to restore the mound. Photo By David Carson, dcarson@post-dispatch.com 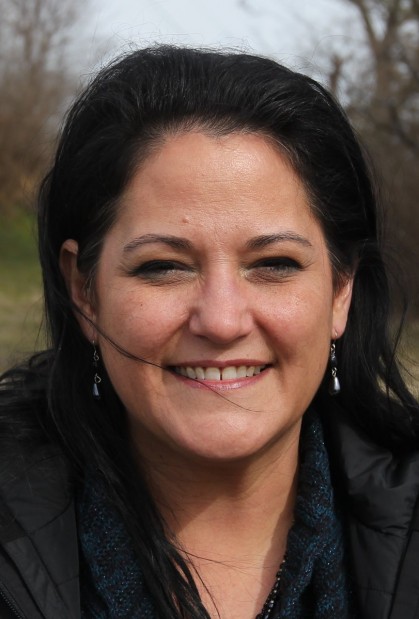