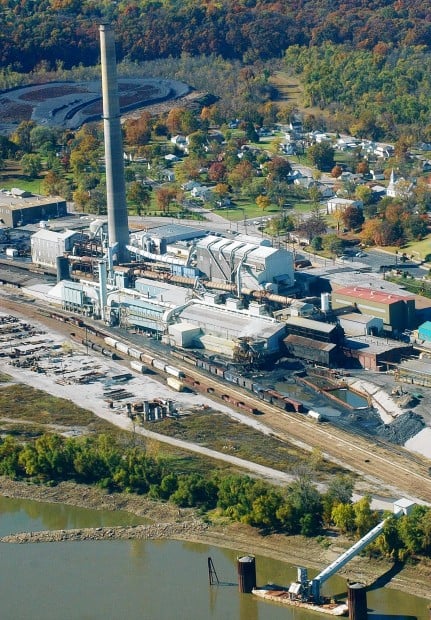 The Doe Run smelter in Herculaneum. 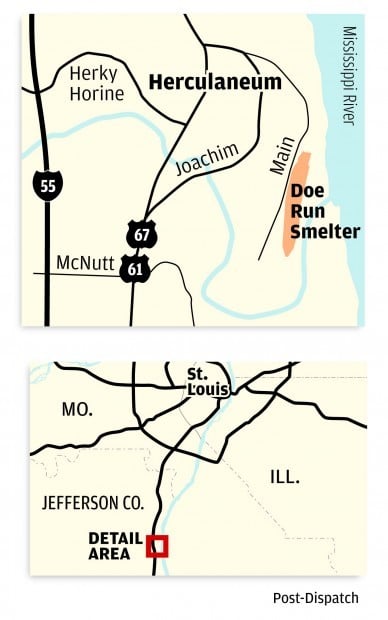 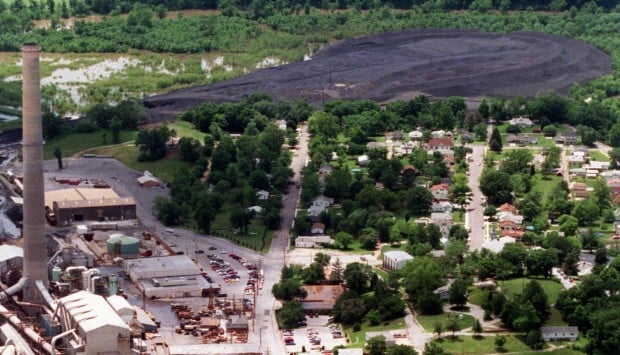 An aeriel view of the Doe Run Company factory, smelter and slag pile with nearby homes in Herculaneum. Photo by Laurie Skrivan of the Post-Dispatch

In a St. Louis courtroom last month, attorneys geared up for a trial more than a year away that will center on whether 17 children allegedly poisoned by the lead smelter in Herculaneum can prove their ailments deserve compensation.

The lawsuit is one of several that could involve hundreds of plaintiffs in the next few years.

The trial is slated for July 2013. Two years will have passed since a jury ordered former owners of the Doe Run smelter to pay $358 million to 16 plaintiffs who said they suffered health effects from lead poisoning that the company knew existed.

That award was on top of a confidential settlement reached before the trial with the smelter's current owners, Doe Run Resources Corp.

The former owners have appealed the verdict.

Decades ago, the smelter filled the air of the company town with particulate matter so heavy, it sometimes made it impossible to see even across the street.

But it also has been a core part of the town's identity, providing jobs and tax revenue since it was built in 1892 by the St. Joseph Lead Co.

It's the only primary lead smelter in the country.

Herky, as residents call it, is still a quiet, working-class city spread out below the 550-foot smelter smokestack. But the smelter's reputation has changed in recent decades. Homes within a buyout zone around the smelter have been demolished, and it has been blamed by federal and state environmental officials for contaminating streets, yards and houses, and putting the health of local residents at risk.

Lead is a neurotoxin that interrupts normal brain development and has been linked to behavioral problems in children. Adults can tolerate higher levels of lead than children but can still suffer health problems.

"A lot of people had been there for generations, and they were never warned of any dangers," said Maxine Lipeles, co-director of Washington University's Interdisciplinary Environmental Clinic and senior law lecturer. "It's not really the citizen's job to figure out if this operation is safe. They figure that's the government's job."

Lawsuits with claims of adverse health effects linked to lead exposure have been making their way through courtrooms in Jefferson County, St. Louis and St. Louis County for well over a decade.

A suit filed in 1995, believed to be among the first against the smelter alleging lead-related ailments, dragged on for 15 years before a settlement was reached.

While there's no way of knowing how much money has been awarded to plaintiffs in these cases — most settlements are confidential — rare glimpses into the outcomes emerge, such as a $55 million settlement reached in April.

The settlement in that lawsuit, which was filed in 2001, includes about $46 million representing the value of 453 properties had they not been contaminated by lead.

Two local firms — Gray, Ritter and Graham in downtown St. Louis and Newman, Bronson and Wallis in Maryland Heights — are handling most of the claims.

Maurice Graham, one of the attorneys who won the $55 million settlement, said hundreds more people could sue if other cases get class-action status. He said the legal actions could continue for four years.

One trial scheduled for April seeks damages on behalf of seven people who, as children, lived near St. Francois County chat dumps, which are waste from processing.

The current owners of Doe Run will not be defendants in the July 2013 trial, but are still defendants in the case slated to go to trial in April, said Tammy Stankey, a Doe Run spokeswoman. She would not elaborate.

Mark Bronson, who represents the plaintiffs in the July 2013 trial, said he has about 60 plaintiffs in pending cases against the former owners and about 50 in cases that have been resolved. The current owners have settled his cases, he said.

He represented the plaintiffs in the $358 million verdict, the first such case to reach trial. The lawsuit centered on the plant's operation from 1986 to 1994 under former owners Texas-based Fluor Corp., Virginia-based A.T. Massey Coal and Missouri-based Doe Run Investment Holdings Co.

Because the defendants are appealing, the plaintiffs have not received any money.

Bronson said he thought the large judgment would spur the smelter and its former owners to settle, but attorneys on the other side continue to mount vigorous defenses — even hiring off-duty police officers as private investigators to question potential witnesses.

In a hearing last month in St. Louis before Judge Dennis Schaumann, Bronson argued that the private investigators were "harassing and intimidating" potential witnesses. He asked the judge to stop such behavior.

Bronson told of a process server who approached a teenager on the parking lot of his school in an effort to reach the boy's mother. He said a Des Peres police officer who also works as an investigator for the private investigative firm Mid-West Protective Service showed up at a family's home with a badge on his belt and carrying a gun.

"We're entitled to go to anybody's home and ask what questions we want to ask," said Keith Phoenix, who represents former owners of the smelter.

Phoenix argued that it would be "more comforting" for a police officer to appear than say a heavily tattooed man on a motorcycle. Schaumann has not ruled on Bronson's request.

Bronson was one of the attorneys who won a settlement in 1992 with companies that handled dioxin in Times Beach, where more than 2,000 residents were evacuated after the industrial waste product was found on town roads.

It was that victory that sparked his first lawsuit against the smelter. Brenda Browning called him after learning of the settlement. She grew up in Herculaneum and started her own family in the house where she grew up, about a block from the smelter.

"It was a nuisance, but growing up in Herky, you were told and believed that if you didn't work at the plant, there was no harm," said Browning, who now lives in Festus. Doe Run has since bought her old home and demolished it.

In the early 1990s, when her three children were young, she asked her pediatrician whether she should have their blood tested for lead. When the doctor asked where she lived and she told him Herculaneum, the doctor told her to move, Browning said.

She called the smelter to complain when her children's eyes watered because of the dirty air and she found dead birds in her yard. But nothing happened. She sued in 1995 and got a settlement in 2010.

Her kids all had elevated levels of lead in their blood and required tutors to help them in school, she said.

Browning, now 51, said she was made to feel like she was to blame for living so close to the smelter.

"In those simple times, we didn't question things," she said. "The information wasn't out there like it is nowadays."

EDITOR'S NOTE: This story was corrected to state Doe Run's status as a defendant in a case slated to go to trial in April. The previous story was incorrect due to incorrect information from Doe Run.

Lead smelter in Herculaneum still set to close next year.

There's concern that lead-tainted river water has seeped into the soil.

The amount surprised even the plaintiffs' attorneys.

The Doe Run smelter in Herculaneum.

An aeriel view of the Doe Run Company factory, smelter and slag pile with nearby homes in Herculaneum. Photo by Laurie Skrivan of the Post-Dispatch