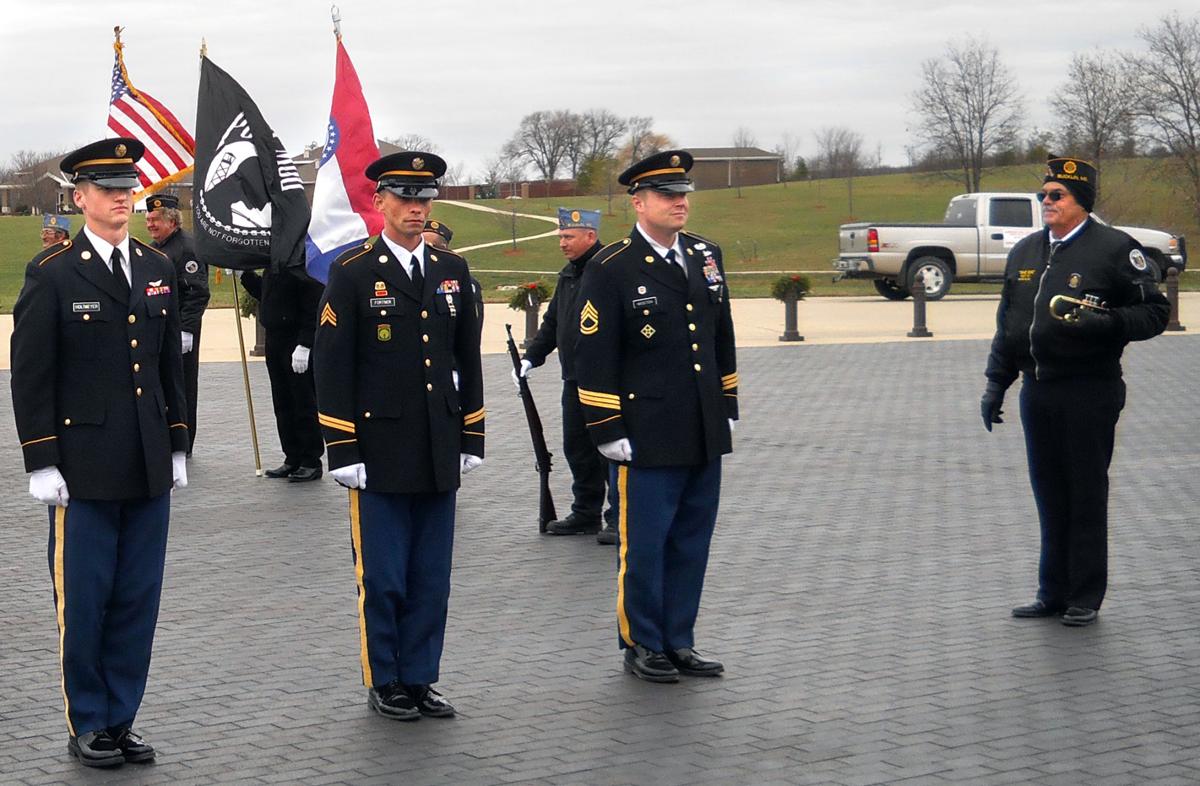 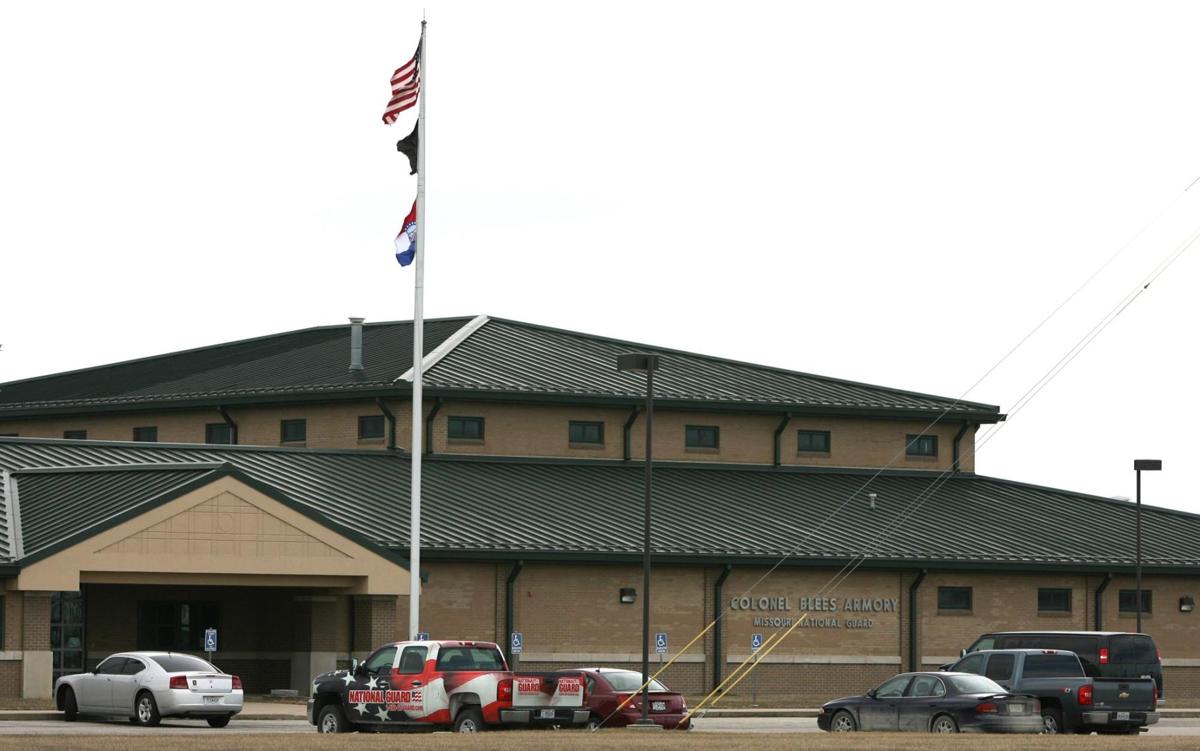 A state senator on Tuesday asked a legislative committee to investigate the Missouri National Guard's handling of allegations that it had a neo-Nazi in its ranks.

The request by Sen. Bill Stouffer, R-Napton, followed a March 18 report in the Post-Dispatch that detailed the state's lack of action almost a year after co-workers complained about Sgt. Nathan Wooten.

According to three co-workers, Wooten was a self-proclaimed neo-Nazi who had a portrait of Adolf Hitler in his living room, tried to recruit others to the cause and named his son after a notorious leader of the German SS.

At the time, Wooten also was a National Guard sergeant whose full-time state job was serving on a state military honor guard that pays last respects at the funerals of Missouri veterans, including veterans who fought against Hitler in World War II.

A lawyer for Wooten on Tuesday denied the allegations.

Hours before the Post-Dispatch story was to be published, a Guard spokeswoman notified the newspaper that Wooten had been fired from his $27,000-a-year state job with the funeral program and that a separate investigation by the Guard was in its final stages.

Stouffer said he wants the committee to investigate why it took a newspaper investigation to fire an employee "openly promoting the neo-Nazi cause" and who served as part of a honor guard "for soldiers that fought this same type of ignorance and hate abroad."

"My fear is that the National Guard and the current administration do not have the proper protocols to investigate and terminate those that are not behaving in an appropriate manner," Stouffer wrote in a letter Tuesday to Sen. Jason Crowell, R-Cape Girardeau, who chairs a committee that oversees veterans' issues. "Most importantly, I want the committee to investigate whether the current administration had a role in avoiding the controversy by doing nothing."

Wooten's attorney criticized what she considered a lack of due process.

"I think that it's very sad that basically anyone has failed to verify the facts they've put forward in this situation, and that's unfortunate for Mr. Wooten," Lamm-Clark said. "Much of what's been stated about him is not true. He's entitled to his due process rights."

Lamm-Clark criticized Stouffer for implying that Wooten's case was not handled quickly enough.

"You have to allow him time to defend himself," she said. "So just to chop off his head without allowing him to defend himself is inappropriate, especially when most of what has been put forward about him is incorrect."

For now, Wooten remains a National Guard member. His enlistment is up in May and he could be barred from re-enlisting. The U.S. military bans participation in extremist groups and groups that "actively advocate supremacist doctrine, ideology or causes."

Lamm-Clark said that Wooten has appealed his dismissal from the state job.

Wooten's former co-workers who filed complaints against him said they were happy to hear of the request for a legislative investigation. All three left the funeral program after the state failed to remove Wooten.

"It shouldn't have taken a news article for them to do what should have been done in the first place," said Brandon Knott. "They can't sweep it under the rug anymore."

Another former co-worker, Eddie Ratliff, said: "As far as I'm concerned, everybody involved in this should be gone."

The third co-worker, who asked not to be named because she feared retaliation from extremists, said Wooten's views were well-known among National Guard members in the Macon armory and that some continue to support him.

"There's a lot of people that want to believe he's innocent," she said. "Some think we were out to get him and made stuff up."

The co-worker said she felt Wooten received far more support from the military than did the co-workers who complained about him.

She said she was contacted by Jill Delgado, a state employee who works for the Guard as director of state resources, on the day Wooten was terminated.

"She asked if I was OK, which I thought was funny since I believe they dragged their feet a lot."

In addition to the co-worker complaints, the Southern Poverty Law Center, which monitors National Socialist Movement websites, collected several comments posted by someone who identified himself as Nathan Wooten from Missouri in 2008. The center characterizes the National Socialist Movement as one of the largest and most prominent neo-Nazi groups in the United States, notable for its violent anti-Jewish rhetoric and racist views.

A spokeswoman for the Anti-Defamation League, a nonprofit civil rights/human relations group, said the league also had reported Wooten to the Army in 2009, saying he had created a personal profile on New Saxon, a white supremacist social networking site operated by the National Socialist Movement.

Lamm-Clark said she contacted the commander of the National Socialist Movement.

"He said he doesn't even know Mr. Wooten," she said.

"Mr. Wooten is not a white supremacist, and I think that some of the things that people have said about him are very sad. He's very nervous. Just as much of his personal beliefs have been misconstrued, he's very fearful if he says anything to defend himself it will be misconstrued."

Is anti-Muslim sentiment at Crestwood venue an echo of Nazi Germany?

This week, Bloomberg Businessweek said Crestwood was Missouri's best community in which to raise children, citing the community's great school…

'Deadly Medicine,' a traveling exhibit at Washington U., looks at Hitler’s diabolical quest to create a master race.

In "Moral Combat," British historian Michael Burleigh revisits the war years from an angle spelled out in his subtitle: "Good and Evil in Worl…