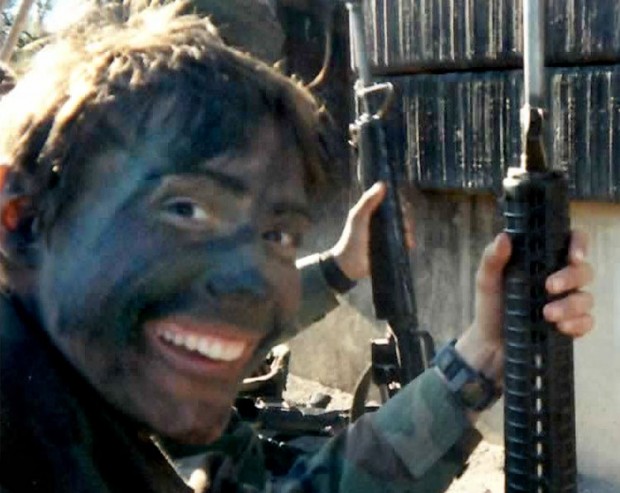 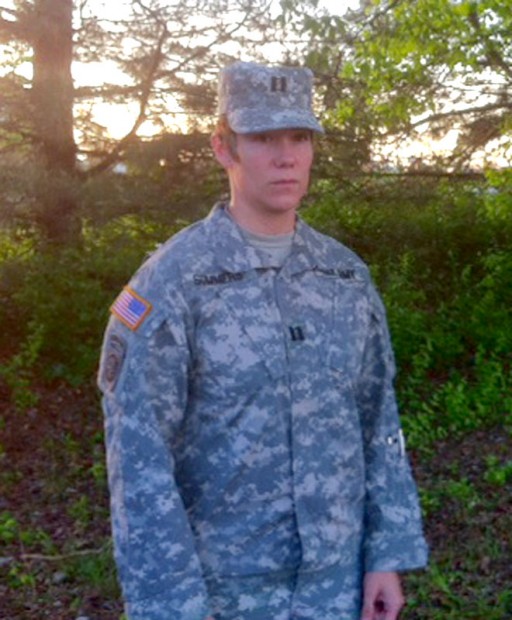 Missouri National Guard Capt. Charity Summers was serving in Afghanistan in 2007 when her former partner allegedly forged her signature to obtain a $3,000 grant from a state emergency relief fund for military members.

In November, based in part on Summers' testimony, a Cole County grand jury indicted Chief Warrant Officer Melissa D. Ireland, who is scheduled to appear in court next month on forgery charges.

Yet, Summers, 34, remains under investigation by the National Guard. The 13-year veteran was blocked from taking a company command at Fort Leonard Wood and was reassigned to a staff job at Guard headquarters in Jefferson City. Her once-promising military career has stalled. And the Guard refuses to release her from her full-time duties to accept a civilian job.

"I'm still trying to wrap my brain around it," said Summers, an Auxvasse, Mo., native who now lives in Columbia.

Until September 2010, when she received a call telling her she was the subject of an investigation, Summers was considered a rising star, said her former commanding officer, Lt. Col. Michael J. Fayette. She had done a tour in Bosnia as a combat medic and served with the military police as a convoy commander in Afghanistan. Back in Missouri, despite being a junior officer, Fayette gave her the high-profile task of putting together an organizationwide improvement program at Guard headquarters.

"Career-wise everything was going well for me at that point," Summers said.

In the phone call, Summers said she was told she had been "flagged," the military term for suspending any favorable personnel actions. The measure barred her from taking command of a unit at the regional training institute at Fort Leonard Wood, one of the final requirements needed for her promotion to major.

Summers later received a memo that alleged she had fraudulently obtained $3,000 from the Military Family Relief Fund.

The memo also alleged that Ireland, a 21-year National Guard veteran who managed the relief fund, also was involved in the fraud.

Missouri established the fund in 2005 to help Guard and reserve members who deployed after the Sept. 11, 2001, terrorist attacks. Modeled after similar programs in other states, the fund has distributed $520,400 to 250 families in emergency grants ranging up to $3,000. The program is funded through donations and by a checkoff box on the Missouri income tax form.

In her first meeting with Lt. Col. Amy L. Anderson, the investigating officer, on Dec. 6, 2010, Summers denied applying for or signing the grant check.

Summers said she grew concerned when Anderson then began quizzing her about her relationship with Ireland. Prior to her Afghanistan deployment, Summers said she agreed to let Ireland handle her finances while she was overseas.

Summers told Anderson only that Ireland was a friend. Now she acknowledges she had been in a personal relationship with Ireland but worried that such an admission would have violated the military's "don't ask, don't tell" policy on homosexual relationships then still in effect. She said she feared that acknowledging the relationship would have ended her military career.

"I was pretty scared," she said.

She also said she became more upset as the questioning continued.

"I felt very betrayed by (Ireland)," she said.

Summers said Anderson said it was obvious the signature on the grant application did not match Summers' handwriting and was sympathetic initially.

In a second interview with Anderson a month later, Summers said she turned over her bank records and leave forms from her time in Afghanistan that clearly showed she wasn't home at the time the grant check was signed.

Summers said months went by without hearing anything more. Then in May 2011, Summers said she was told to report to the deputy staff judge advocate or staff lawyer, to be questioned by investigators from the Cole County sheriff's and prosecutor's office as part of a fraud investigation.

In that meeting, Summers said the civilian investigators told her, "If you don't tell us everything we're going to arrest you."

At that point, Summers said her thoughts again turned to Ireland.

"What else did she do to me? What else is out there? My mind was racing," Summers said.

Later, Summers and her attorney, Daniel Dodson, met with civilian authorities. Dodson said the authorities told him they had searched Summers' computer for any e-mail records of conversations between Ireland and Summers concerning the grant but found nothing.

Ireland, meanwhile was transferred to the Guard's recruiting battalion while the investigation continued, Summers and Fayette said.

Eventually, Dodson said the authorities told him they no longer considered Summers a suspect and had notified the military of their findings.

Yet, Summers said, she remained under military investigation.

Summers said she went to her new supervisor, Col. David W. Newman, seeking an explanation as to why she remained under investigation.

She said Newman approached Col. W. Glenn Hagler II, the Missouri National Guard's chief of staff, and was told that the Guard would follow the recommendations of civilian authorities once their investigation was completed.

By now, frustrated with the process and certain that her military career had been derailed, Summers said she went to the Missouri National Guard's inspector general, who referred her back to Lt. Col. Jay Keller, the deputy staff judge advocate. Summers said Keller refused to talk to her because she had hired a lawyer.

When her attorney, Dodson, followed up with a call to Keller, he said he was told that Summers still needed to answer questions in the military investigation. Dodson said he then called the Cole County prosecutor, who reiterated that they considered Summers a witness in their case and had no idea why she remained under military investigation.

Cole County Prosecutor Mark A. Richardson said he could not discuss a pending case but noted that Ireland's indictment states that she had written and authenticated a check to Summers without Summers' permission.

In November 2011, Summers said she testified before a Cole County grand jury. Ireland was indicted. If convicted, she faces up to seven years in prison and a $5,000 fine. Ireland could not be reached for comment. Her lawyer declined to comment. After the indictment, Summers said she dismissed her attorney after she said Newman, her supervisor, told her that his hiring was part of the reason she continued under military investigation.

"They said it looks suspicious because you lawyered up and it dragged out the process," she said.

Three days after Ireland's indictment, Summers notified Newman that she wanted to resign from her full-time National Guard job and accept a civilian job in Arizona.

Newman said he would need to check with Hagler, the chief of staff.

Summers said Newman told her that Hagler refused her request, saying she could not be released while still under military investigation. Summers said she was incredulous.

"Why am I still under investigation when Ireland has been indicted?" she said.

The Guard declined to make Anderson or other officers available for comment.

Summers remains in limbo. She can't move forward in her military career, yet can't leave the Guard until the military investigation is complete. She is still flagged and hasn't been told when the investigation might end. She had to turn down the civilian job offer.

"If they fire me tomorrow, I have no job. I'd essentially be jobless for something I didn't do," she said.

"I have literally sacrificed every aspect of my life for this organization because I love it so much," Summers said. "I have sacrificed my relationships with my family and friends because the military did come first. I always went above and beyond, and now all of that has been taken from me."

He defrauded investment partners, banks and others, prosecutors say.

The soldiers believed that the merchandise was going to be destroyed, according to a memo.

Co-workers say Sgt. Nathan Wooten was a self-proclaimed neo-Nazi who had a portrait of Adolf Hitler in his living room.