“It’s got a lot of deer habitat,” said Dan Zarlenga, a spokesman for the Missouri Department of Conservation. “It’s also close to St. Louis. A quick hop down (Interstate) 44, and you are in Franklin County.”

By 4 p.m. Monday, 4,984 deer were killed there, including numbers from early youth and archery seasons. Firearms season runs Nov. 10-20.

“Have you heard of deer camp? People really look forward to this. Hopefully, weather permitting, there will be a big harvest.”

Statewide, more than 248,000 deer have been killed, including 99,567 on opening weekend, up 5 percent from the first two days of last season.

In the battle of Missouri hunters vs. deer, crossbows are a game changer

Some archery enthusiasts aren't pleased. They say crossbows, which have splashed into pop culture through shows like 'The Walking Dead,' take …

Many people participate. About 1.3 million deer permits purchased each year contribute to the estimated $1 billion economy from hunting, fishing and wildlife gawking in Missouri.

In some parts of the country, school gets canceled. Schools remain open in Franklin County. Three school officials from the area said they haven’t noticed a drop in attendance.

“Upon looking at our attendance rates during both youth season and the regular gun season, we do not experience a lower attendance rate than normal,” said Steve Weinhold, superintendent of schools in Union, the county seat. “I think it may be because many of our students hunt on their own farms and properties right here in Franklin County.”

Many hunt before and after school.

Citing years of disagreement, deer breeders and operators of private hunting ranches want to be exempted from the Missouri Department of Conse…

Meanwhile, the number of the counties that require testing for chronic wasting disease, a fatal illness that affects deer and elk, continues to rise in Missouri. Last season, the conservation department confirmed 33 new cases from a pool of 24,500 tested carcasses. There have been 75 confirmed cases of the disease in free-ranging Missouri deer since the state began testing in 2001.

There was a mandatory testing for the illness the first two days of firearms season in 31 counties, including Franklin and other areas close to St. Louis. Hunters can still voluntarily bring deer in for sampling at any time during the season.

“We are finding more,” Zarlenga said. “As alarming as it may sound, and it is cause for concern, we need to be up on this. This suggests that the prevalence is still low.” 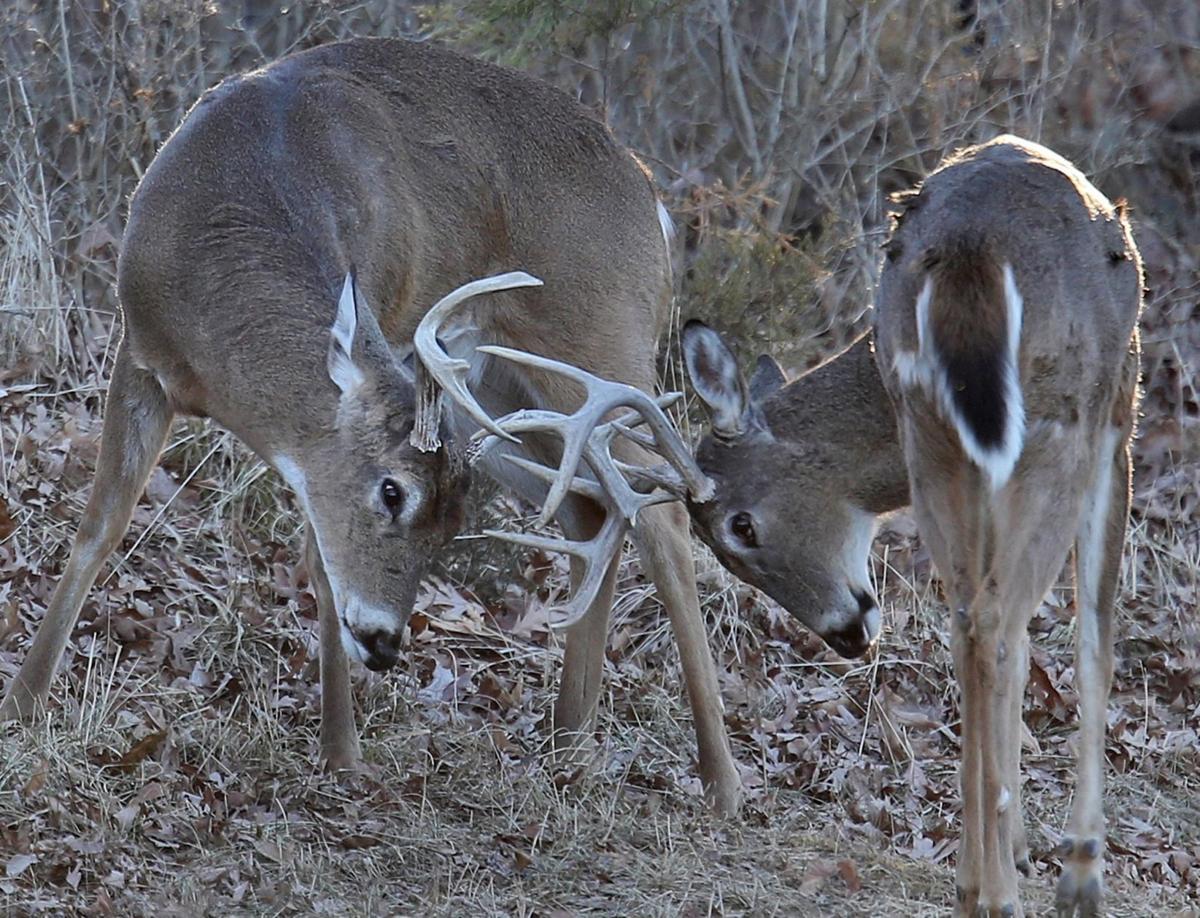 Two bucks lock antlers at Jefferson Barracks National Cemetery on Wednesday, Jan. 29, 2014. The sound of the clashing antlers could be heard for some distance. The bucks did not appear to be trying to hurt each other. Photo by J.B. Forbes, jforbes@post-dispatch.com 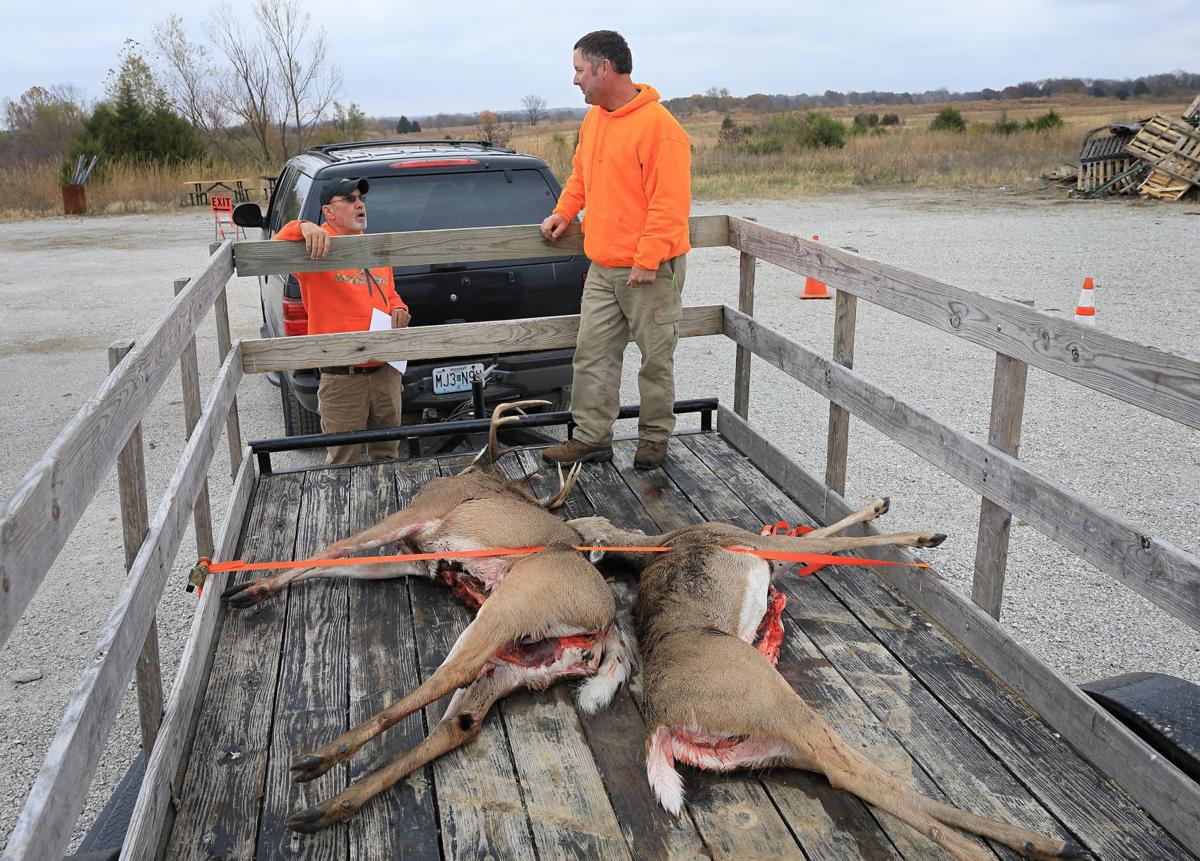 Hunters Robert Sanders (left) and Mitch Busken talk about their hunts after Missouri Department of Conservation employees pulled the lymph nodes from the deer Busken shot on Sunday, Nov. 12, 2017. The Missouri Department of Conservation is taking the lymph nodes from deer shot and killed by hunters to have them tested for chronic wasting disease. Photo by David Carson, dcarson@post-dispatch.com