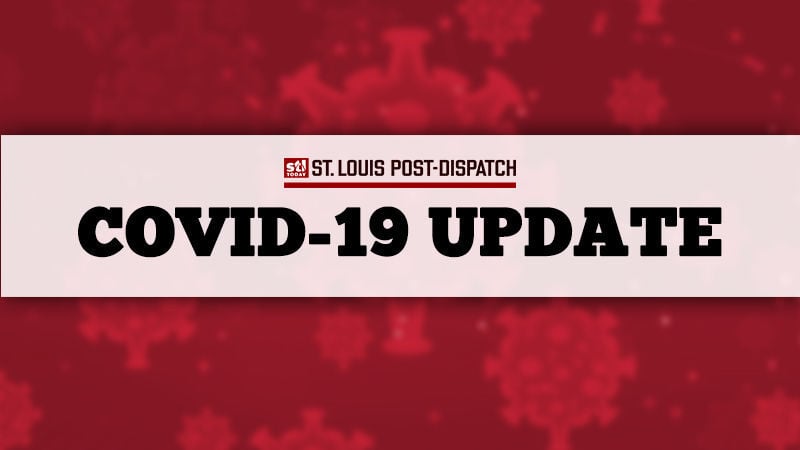 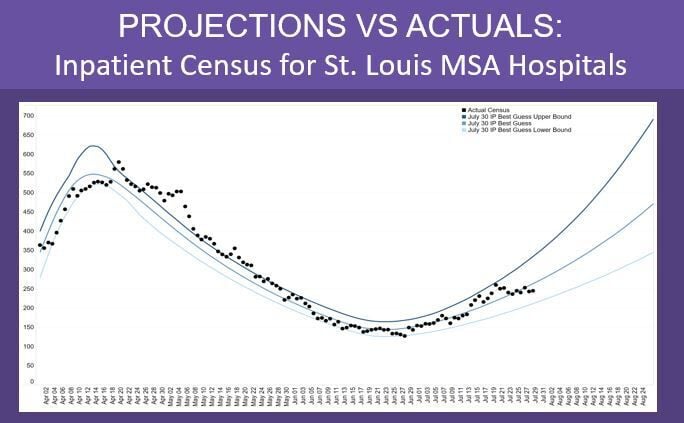 ST. LOUIS — Although the rolling average for new daily coronavirus cases in Missouri dipped for the fifth day straight Tuesday, hospitals in the St. Louis area were reporting increases in new COVID-19 patients matching averages last seen in early May.

Missouri's seven-day average of new cases fell to 1,322 Tuesday, down from the state's peak last Thursday of 1,591.

State health officials added 11 new deaths to the toll of 1,266 lives lost since the start of the pandemic.

The St. Louis region's large hospital systems reported 55 new daily admissions, according to the task force, which is a coalition of BJC HealthCare, Mercy, SSM Health and St. Luke’s Hospital.

The admissions data lags two days to get complete figures, but the data released Tuesday marks the second time admissions topped 50 within a week. Those admissions brought the seven-day rolling average up to 44, the highest in the region since May 3.

That average peaked at 58 on April 10, before falling to around 14 in late June. The number then steadily climbed through July.

The chart below includes numbers for these hospitals in the St. Louis Metropolitan Pandemic Task Force: BJC HealthCare, Mercy and SSM Health hospitals and St. Luke's. Numbers include people who have tested positive or are under investigation

Garza said in a news conference Monday that the region is projected to return its previous April peak in hospitalizations by September if current rates of spread continue.

The chart below reflects all reporting hospitals in Missouri.

"MO DHSS reported" = The % as reported on the Missouri COVID-19 Dashboard. This number was first published to the dashboard on July 25, 2020. The Missouri Department of Health and Senior Services uses numbers from "the most recent 7-day period that we feel our data is mostly complete," according to Lisa Cox, Communications Director for the department. The data is "listed on the date that the person was actually tested, initially. Then when interviews have happened and contact tracing is done, many times we have more information provided to us for that case. If symptom onset date is a new piece of information gathered, the testing date reverts to symptom onset date. This data is always changing for this reason," according to Cox. For more information on why numbers may differ, CLICK HERE.

NOTE: No new testing data was available via Missouri COVID-19 Dashboard on July 10, 2020. We have interpolated the available data to estimate that number.