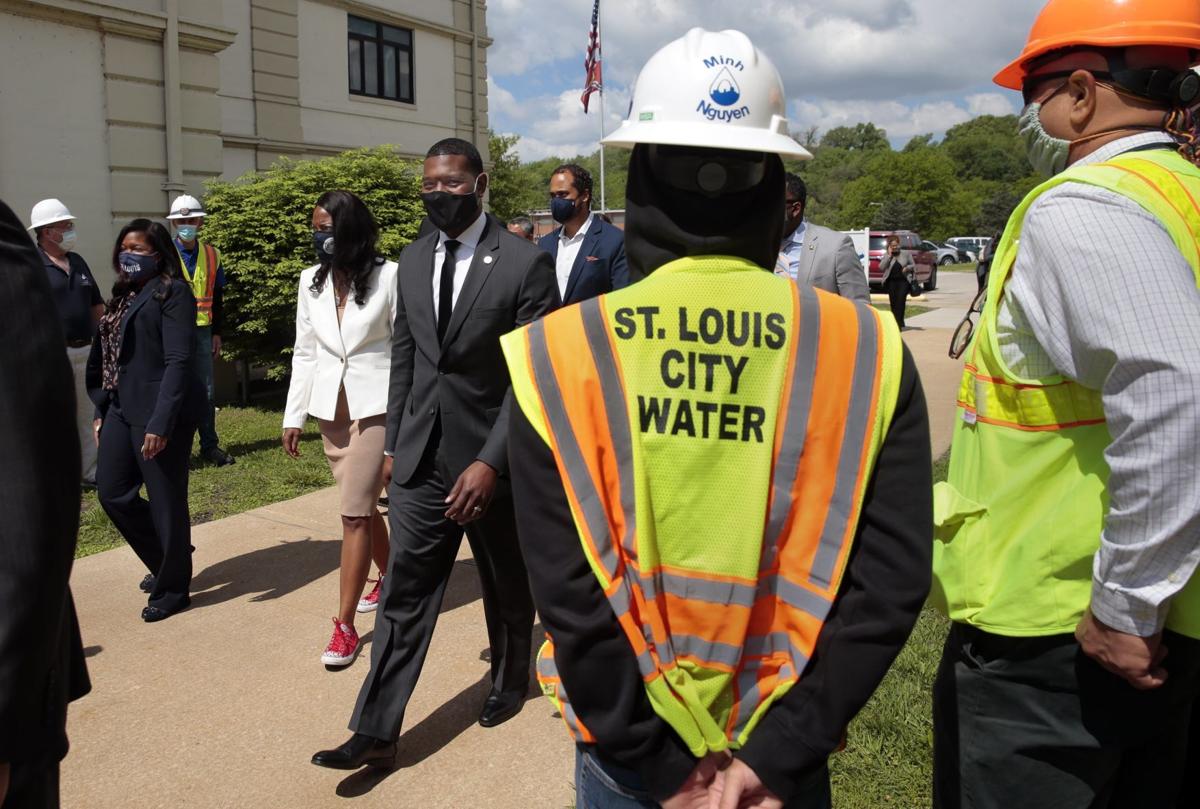 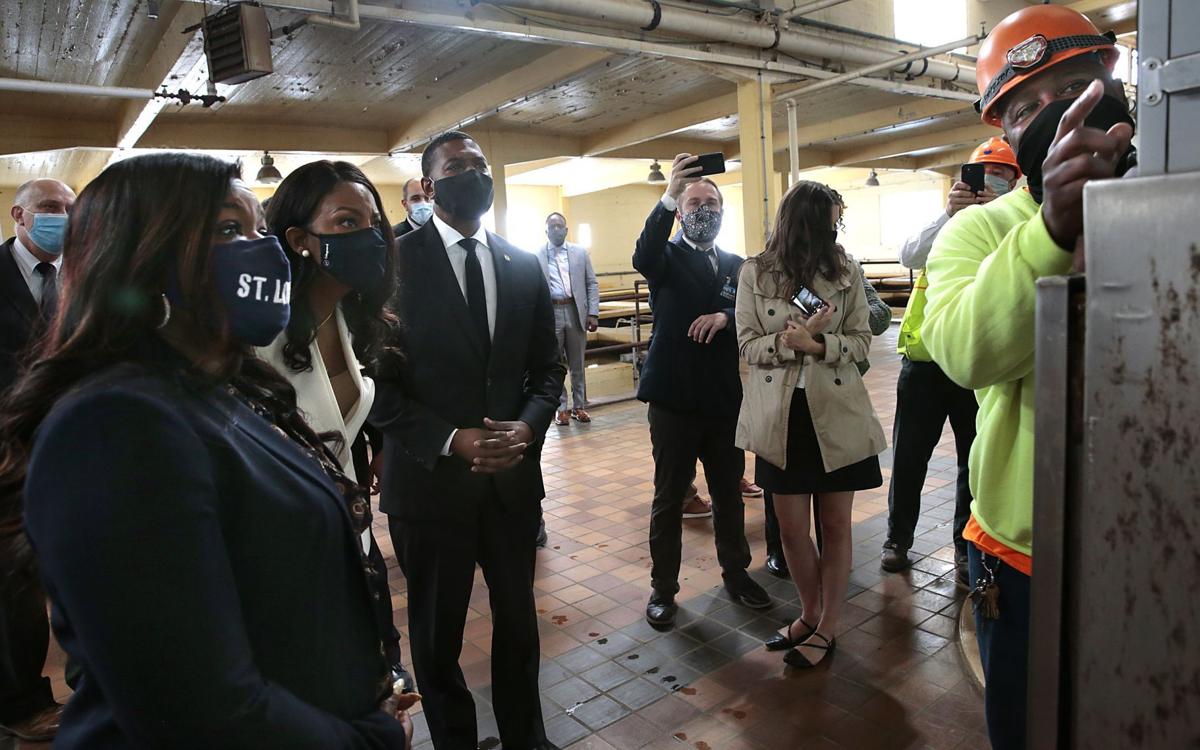 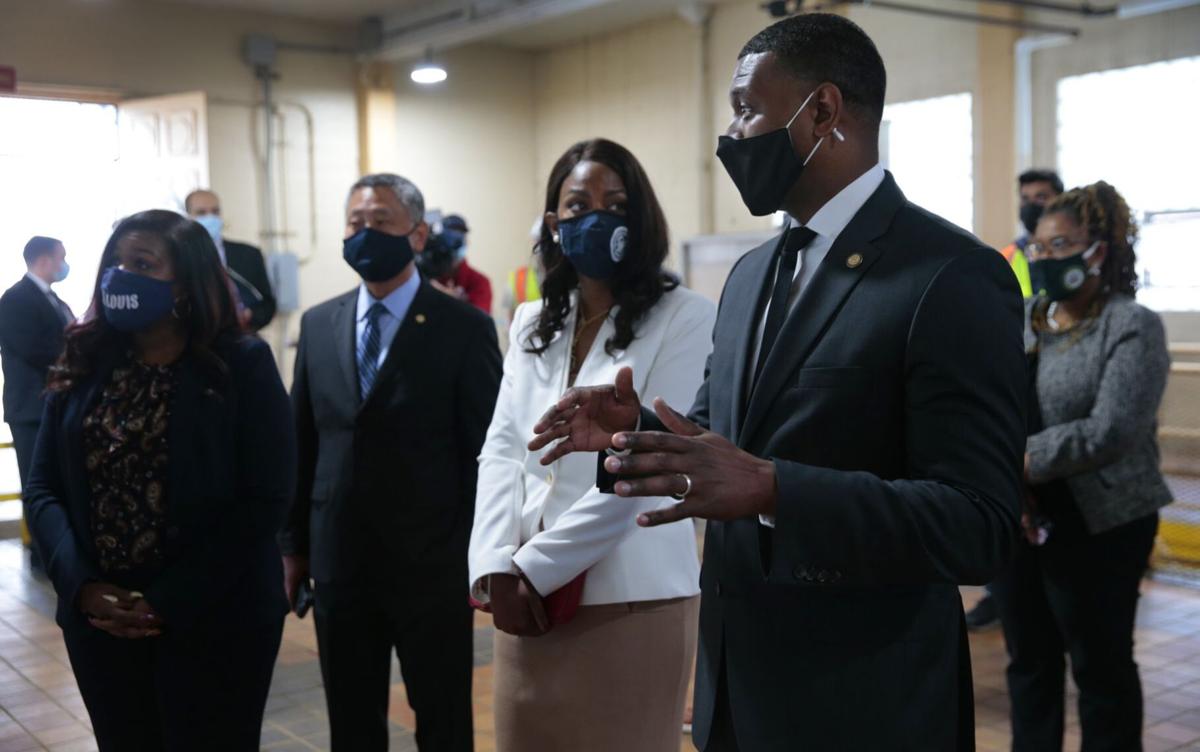 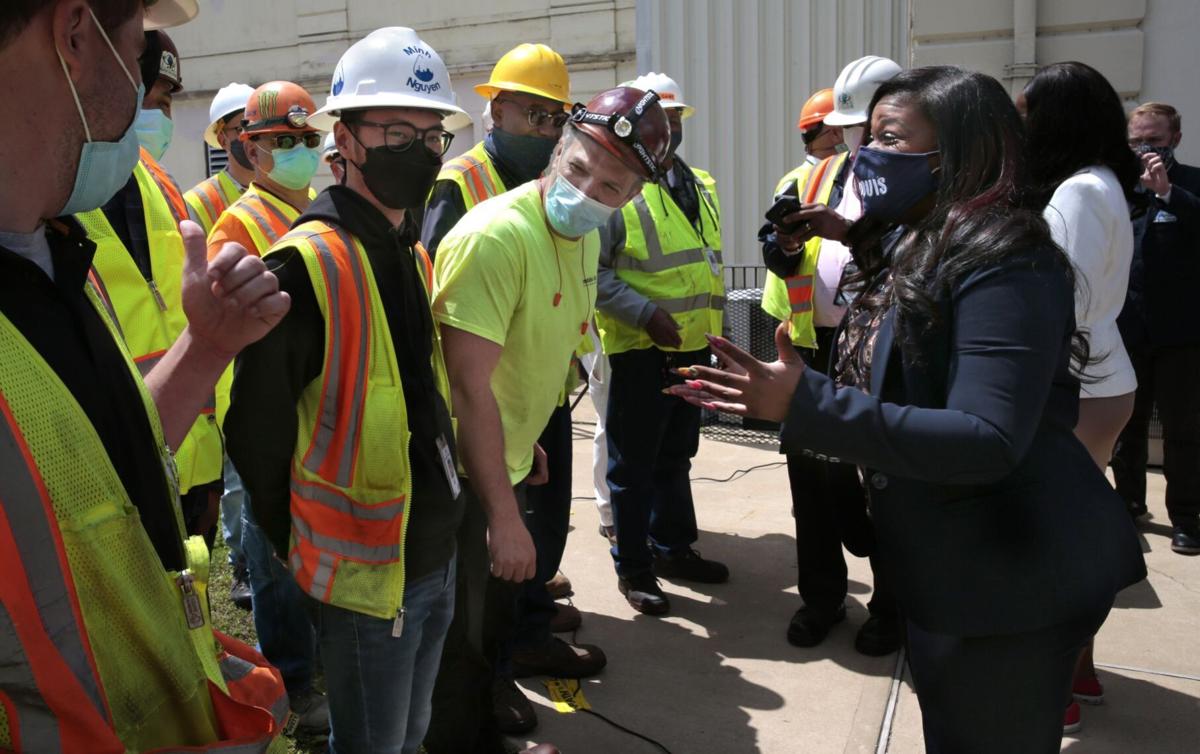 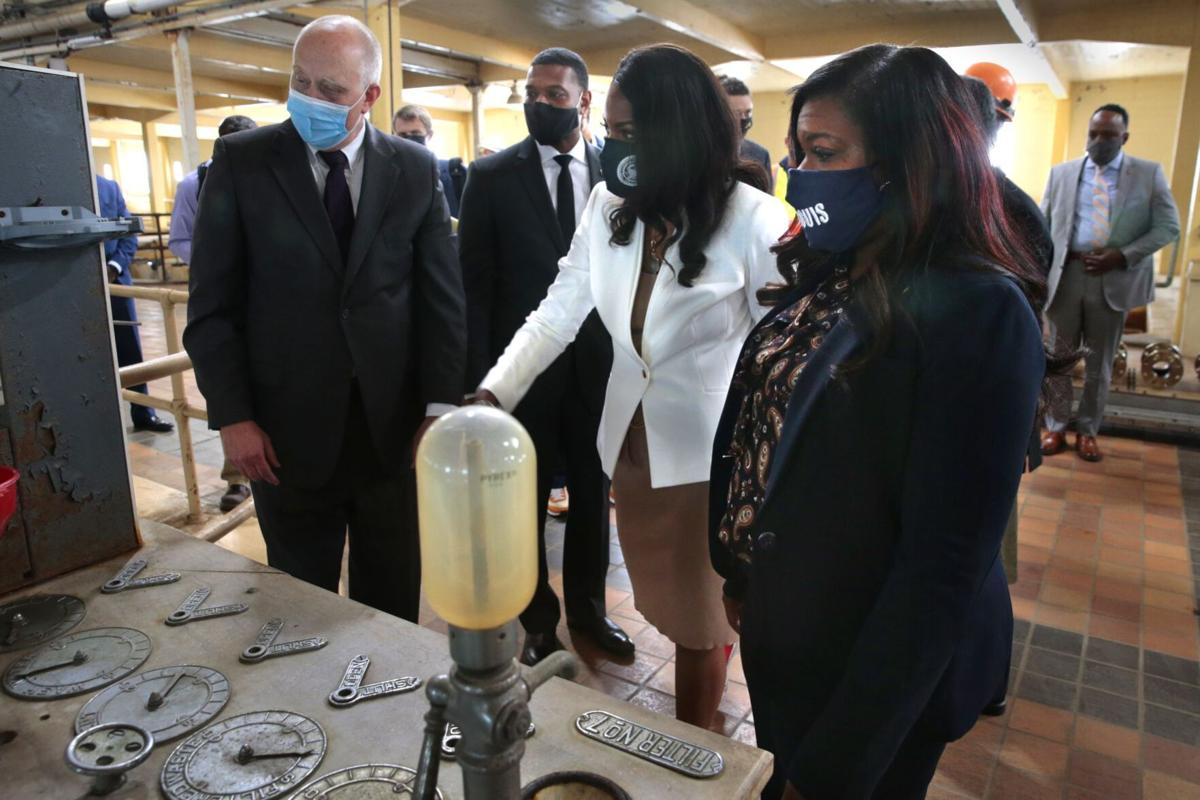 ST. LOUIS — The new head of the Environmental Protection Agency joined local leaders in rallying support for massive investment in water infrastructure during a Wednesday visit to a major St. Louis treatment facility.

EPA Administrator Michael Regan and local officials said Chain of Rocks Water Treatment Facility in St. Louis can still provide safe water to city residents — water that is often recognized as some of the best in the country.

But, as the 1889 cornerstone in front of the building might suggest, plenty of equipment at the Chain of Rocks facility is aging and in need of replacement. And in all, the city says it faces a list of water fixes and upgrades that will cost $400 million.

Regan and others hope that such funding can come from the $111 billion component of President Joe Biden’s $2 trillion American Jobs Plan intended to revitalize the nation’s drinking water and wastewater systems as they cope with age and climate change.

“At some point, the stresses will become too much,” Regan told the Post-Dispatch after a tour of the treatment plant, where he was joined by St. Louis Mayor Tishaura O. Jones and U.S. Rep. Cori Bush. “This is just a really good example of a facility that could benefit tremendously from the resources.”

The tour visibly — and audibly — highlighted some of the items that the city aims to replace.

The source was a series of giant valves that move water in and out of the plant’s filters. While some internal parts of the machinery are replaced periodically, the bodies of the valves are 100 years old and leak water down their rusted sides, Skouby said, adding that most of the city’s water system is more than 80 years old.

Among other needed investments, Skouby said, are new “impellers,” used for drawing water from the nearby Mississippi River. The city hopes to install longer-lasting stainless steel replacements for the task.

Multiple officials at Wednesday’s event said that helping purge the city of lead service lines is another key goal targeted by the proposed spending — and a prominent environmental justice issue, given the disproportionate exposure to lead contamination across racial and economic divides.

The pipes bring water into St. Louis homes from city-owned mains and technically belong to homeowners, though water utilities are involved with efforts to gradually replace pipes. It’s unclear how many lead service lines the city has, but it’s believed to be a widespread threat, with miles still underground.

City officials said a burst of federal spending is needed to address St. Louis’ list of water-related investments. Otherwise, the costs will fall to water customers. That burden can seem even greater, Skouby said, considering that the city’s water system was designed to support its former population of close to 1 million people, while there are now about 300,000 residents to help pay for it.

The trip marks Regan’s first multistate tour since his appointment as head of the EPA, and visits to Superfund cleanup sites were another priority included on his St. Louis itinerary. He held a Wednesday meeting with local activists who follow radioactive waste issues tied to the West Lake Landfill Superfund site in Bridgeton, and also stopped by the Boys & Girls Club of Greater St. Louis, next to the recently completed cleanup of the Carter Carburetor Superfund site on St. Louis’ north side — space the organization plans to convert into a golf facility for city youths.

Regan said the agency is committed to meeting its cleanup timelines at West Lake, where World War II-era radioactive waste linked to the Manhattan Project was illegally dumped decades ago. Right now, borings are being made into the landfill to help design the cleanup process that will then excavate the bulk of the site’s radioactivity and move it to an out-of-state storage facility.

EPA officials say the ongoing design phase is on track to last until 2023.

'A mentor to many': SLU vice president of diversity dies on Juneteenth

Here's why fireworks will be more expensive this year in the St. Louis area