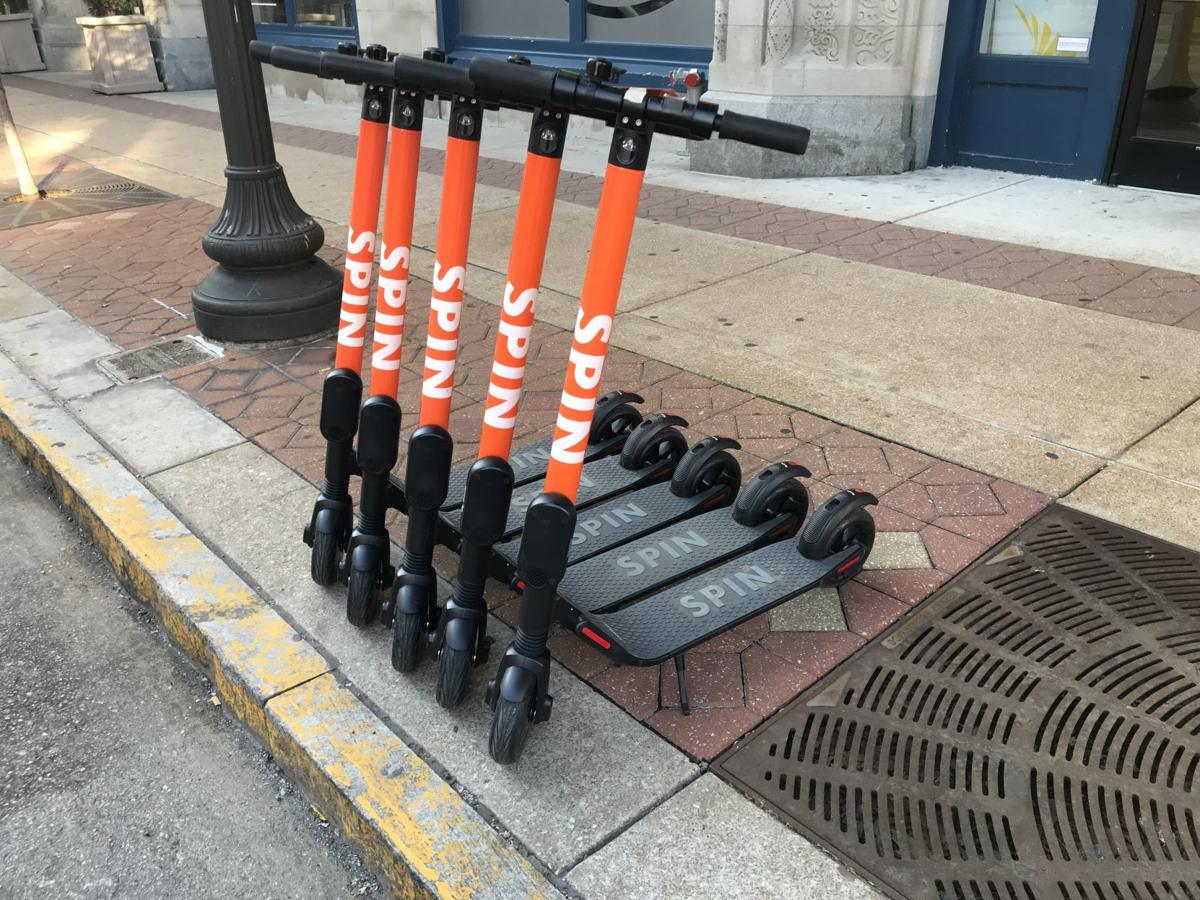 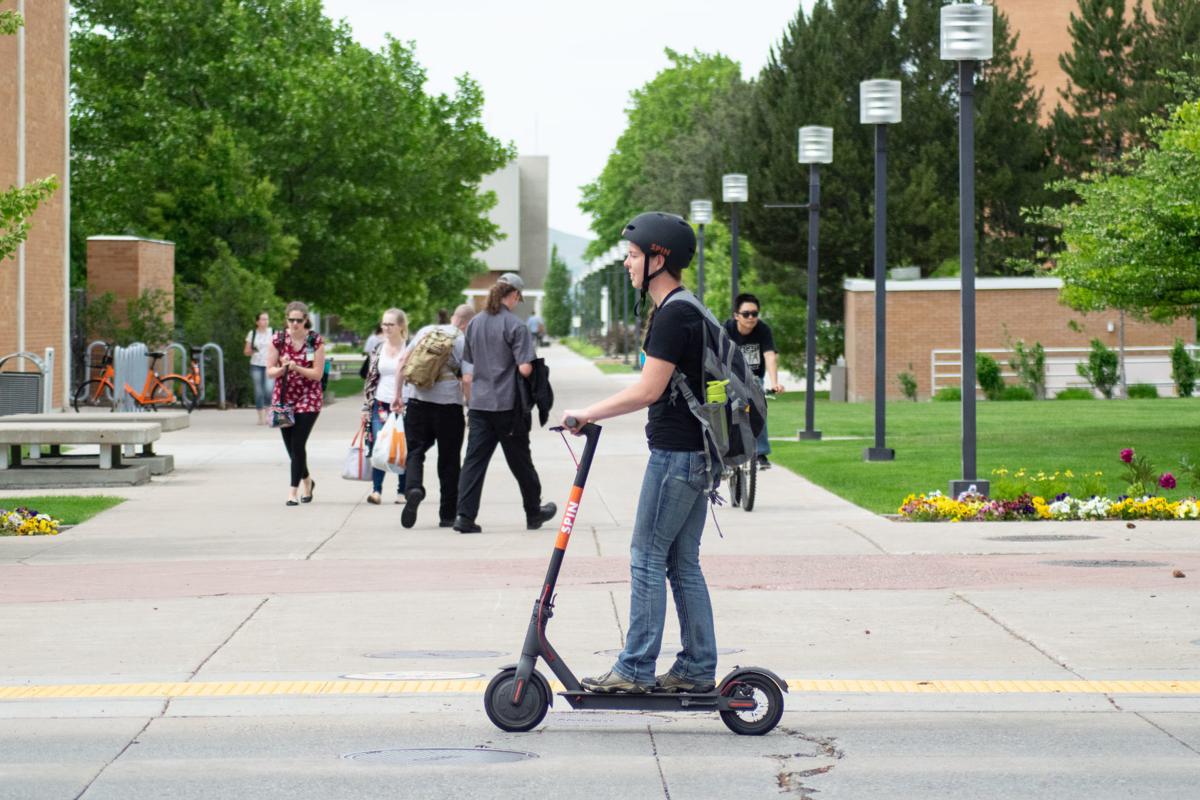 A Spin scooter, in a photo provided by the company.

San Francisco-based Spin, which was bought by Ford Motor Co. for a reported $100 million in November, launched in St. Louis Monday and plans to deploy 400 scooters in the city.

Plus more competition may be on its way. Lyft, the auto ride-hailing giant, has also applied to the city for authority to rent scooters as well as electric-assisted bicycles this spring.

The companies all use a dockless business model, where customers don’t have to return scooters to a docking station.

Inside the scooter side hustle: Charging for Lime and Bird is a new cutthroat gig in St. Louis

Starting at 9 p.m., those looking to make a buck can pick up low-charge scooters and plug them in at home. They return them to the street rech…

Customers instead use smartphone apps to find and pay for the GPS-equipped scooters. When they reach their destination, they park and lock the scooter until the next customer picks it up.

The city caps each company’s local fleet size at 2,500 scooters, though none of the companies have yet reached that number, said Scott Ogilvie, city transportation policy planner.

Bird and Lime each has 500 to 600 scooters deployed in the city this month, up from lower levels during the colder months, Ogilvie said.

Lime entered the St. Louis market last spring with rentals of traditional pedal-powered bicycles and later added electric scooters. The company began reducing its bike fleet last summer as the public flocked to scooters, then announced in February it was removing its bikes altogether from the St. Louis market.

Lime has said it plans to offer electric-assist bicycles here at some point but hasn’t told city officials when that will happen.

The city places restrictions on all electric scooter companies, including requirements that they share data with the city, carry insurance, pay a permit fee and place at least 20 percent of their fleet in designated lower-income areas.

About a month ago, the city also instructed EMS crews to track scooter-related injuries, Ogilvie said.

No bones about it: Fossil hunters unearth what Missouri dinosaur really looked like

Parrosaurus missouriensis grew up to 35 feet long, carried 2 or 3 tons on four legs and boasted a 3-inch "thumb spike."

'We shouldn't go down the road of adding farm animals other than chickens to our code.'

The names of the victims, including two who attended Marquette High School, have not been released.

Metro officials said the worker shortfall is unparalleled, forcing the agency to alter and even suspend some bus routes in the region.

100 Neediest Cases: Even in a pandemic, St. Louis answers the call to help

‘Everyone recognized nothing was the same as it used to be, except the generosity of the St. Louis community.’

A Spin scooter, in a photo provided by the company.