Their new $550,000 habitat in the Emerson Children’s Zoo opens April 28. The sisters’ arrival marks the first time in 30 years that the zoo has cared for this species.

Yindi (YIN-dee) and Jannali (JAN-al-ee), both age 2, arrived last month in St. Louis from Taronga Western Plains Zoo in Dubbo, Australia. Tasmanian devils are found in the wild only in Tasmania, an island state of Australia.

The animals are the world's largest carnivorous marsupials and are well known for their intense vocalizations — an extremely loud screech — and their "Looney Tunes" cartoon character.

But they are also at risk. Tasmanian devil populations in the wild have been decimated since the emergence of devil facial tumor disease in 1996, which is spread through devils’ biting each other in fights.

The St. Louis Zoo is one of six selected U.S. zoos to care for Tasmanian devils as part of the Save the Tasmanian Devil Program, an Australian government initiative. As part of its commitment to this species, the Zoo provides funds to Australia’s Zoo Aquarium Association Wildlife Conservation Fund supporting Tasmanian devil population monitoring and management.

"These two animals will serve as ambassadors to raise awareness among our 3.2 million annual visitors about the need to save the wild devil population," said Jeffrey Bonner, chief executive officer of the Saint Louis Zoo, in a news release.

At the new habitat, zoo visitors will be able to view the Tasmanian devils through two eight-foot-by-eight-foot Ornilux glass panels. This is the first exhibit at the Zoo to incorporate this special glass, which is glazed with ultraviolet reflective striping that is highly visible to birds, yet almost invisible to humans.

"While their name makes Tasmanian devils sound scary, they are actually quite shy," said Alice Seyfried, curator of the Children's Zoo. "We are told the name ‘devil’ may come from the sounds they make. They make eerie growls while searching for food at night. And when a group of them feeds together, they screech and scream. They really are fascinating animals to care for and observe.”

EDITOR'S NOTE: An earlier version of this story gave an incorrect opening date for the animal exhibit.

If the St. Louis Zoo held a popularity contest, some winners would be ...

The Zoo's Most Popular Animals

We asked the Zoo which animals are the people's favorites. Here is what they said, based more on anecdotal evidence than hard numbers.

Kali made his debut in June and has become one of the most popular attractions at the St. Louis Zoo.

The facility features land and coast areas and a 50,000-gallon "sea" for Kali.

Get up close and personal with the zoo's sea lions at the 1.5 acre Sea Lion Sound Exhibit.

The Zoo says it's the only North American exhibit where visitors can go into an underwater tunnel to see the sea lions' habitat up close.

While the sea lion shows do have a fee ($4 per person, children under 2 are free), visitors can watch the daily feedings at Sea Lion Landing for free.

You can see not one, not two or even three but four kinds of penguins at the Penguin & Puffin coast.

Since it opened in 2003, the coast is one of the zoo's most popular attractions. Humboldt Haven is home to the Humboldt Penguin, weighing about 9 pounds and just 28 inches tall.

Around the corner is Penguin Cove, which houses the Gentoo, Rockhopper, and King penguins. Last is Puffin Bay, home to the Horned and Tufted puffins, as well as the King Eider, another cold water bird.

On a hot summer day, the exhibit might be a shock to the system. It's kept at a constant 45 degrees.

How tall do you think a giraffe is?

Take the tallest NBA player you can think of, double him, and you're still short of the 18 feet a male giraffe can reach.

The giraffes are found in the Red Rocks area of the zoo. The females tend to live in family groups with their offspring, while the males live in bachelor groups that the zoo says change often.

Another fun fact about giraffes - the neck only has seven bones in it - the same number of bones found in a human neck.

Let's get this straight right off - zebras are white, with black stripes.

So when you see the Grevy'z zebras at the St. Louis Zoo in the Red Rocks area, you'll know what you're looking at.

The animals got their name from the president of France's Third Republic, Jules Grevy. He was sent the first known specimen of the zebra in 1882.

And while the stripes seem to stand out, they actually work well as camouflage in the zebras' natural habitat in northern Kenya and southern Ethiopia.

Watching the chimpanzees could be an all-day affair for many visitors.

Head to the Fragile Forest to see them and the orangutans and gorillas. The habitat resembles the chimps' natural central and western Africa home.

Chimpanzees are considered to be human's closest relative, so watch for behaviors you may have seen in people.

Chimps use tools to get food and show their very different personalities.

The chimp population at the zoo stands at two males and seven females.

A lion is the king of the jungle, and also one of the most popular animals at the zoo.

In Big Cat Country, the zoo has several lions that live in groups called prides. In the wild lions can live in a pride of up to 40 members at a time.

The Somali Wild Ass shares a resemblance to the zebra, but it's the smallest of the horse/zebra/asses family with an average size of about 600 pounds.

The Somali Wild Ass bears horizontal stripes on its legs, and you can see for yourself in the Red Rocks area.

Big in size, elephants might be even bigger in popularity at the St. Louis Zoo.

The herd of Asian elephants is located at the River's Edge and is easily one of the biggest draws at the zoo.

Whether you watch them eat -- up to 330 pounds of food in one day for an adult -- or play, seeing the big animals in motion is a thrill.

Even the little ones aren't so small. Elephant calves are born weighing 250 to 350 pounds.

But if you head to the area outside the zoo's Herpetarium, visitors can get a look at both Galapagos and Aldabra tortoises.

And there's no need to worry about getting attached to an animal, only to have to say goodbye. Tortoises have the longest lifespan of any animal, living up to 150 years.

The zoo would like to build a covered multi-species grassland over its southern parking lot, and develop the former Forest Park Hospital site it owns across Highway 40. 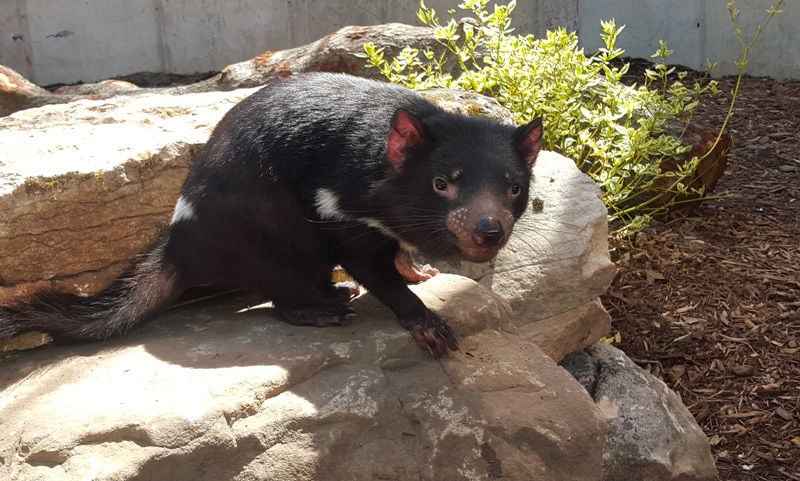 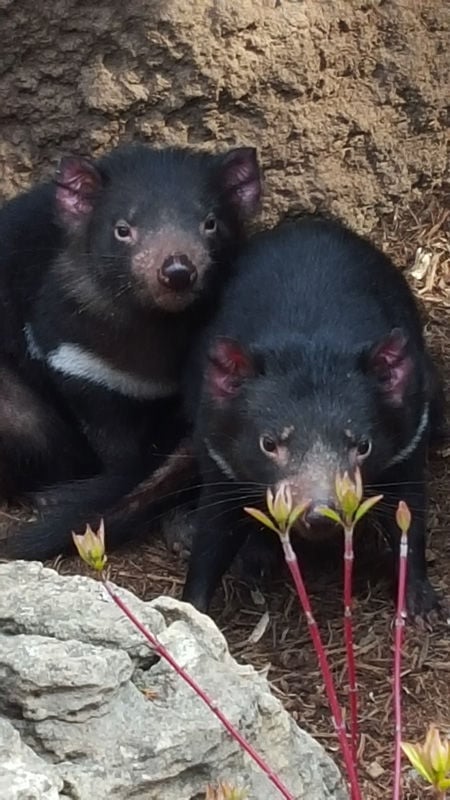