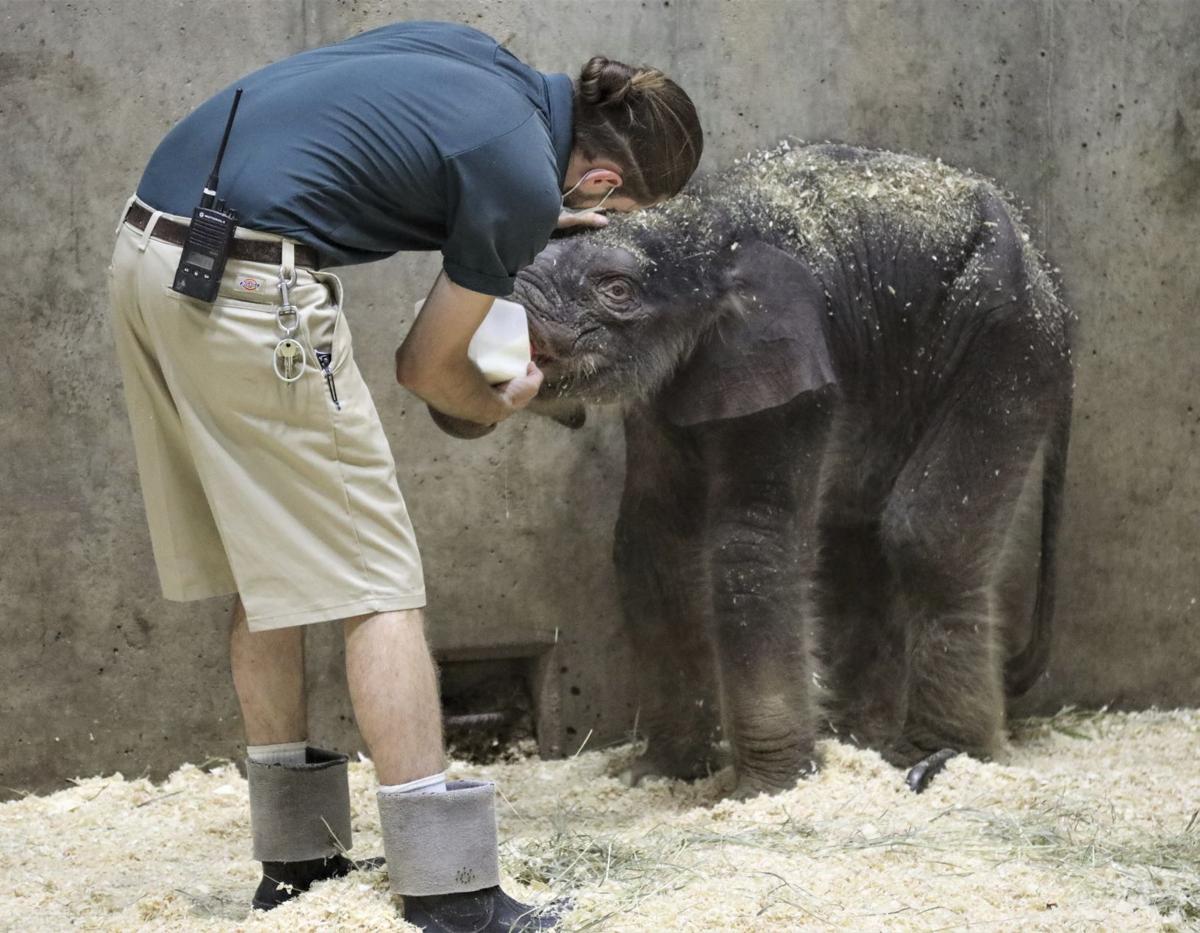 A keeper tends to an elephant calf born July 6, 2020 at the St. Louis Zoo. Photo by Katie Pilgram-Kloppe/Saint Louis Zoo. 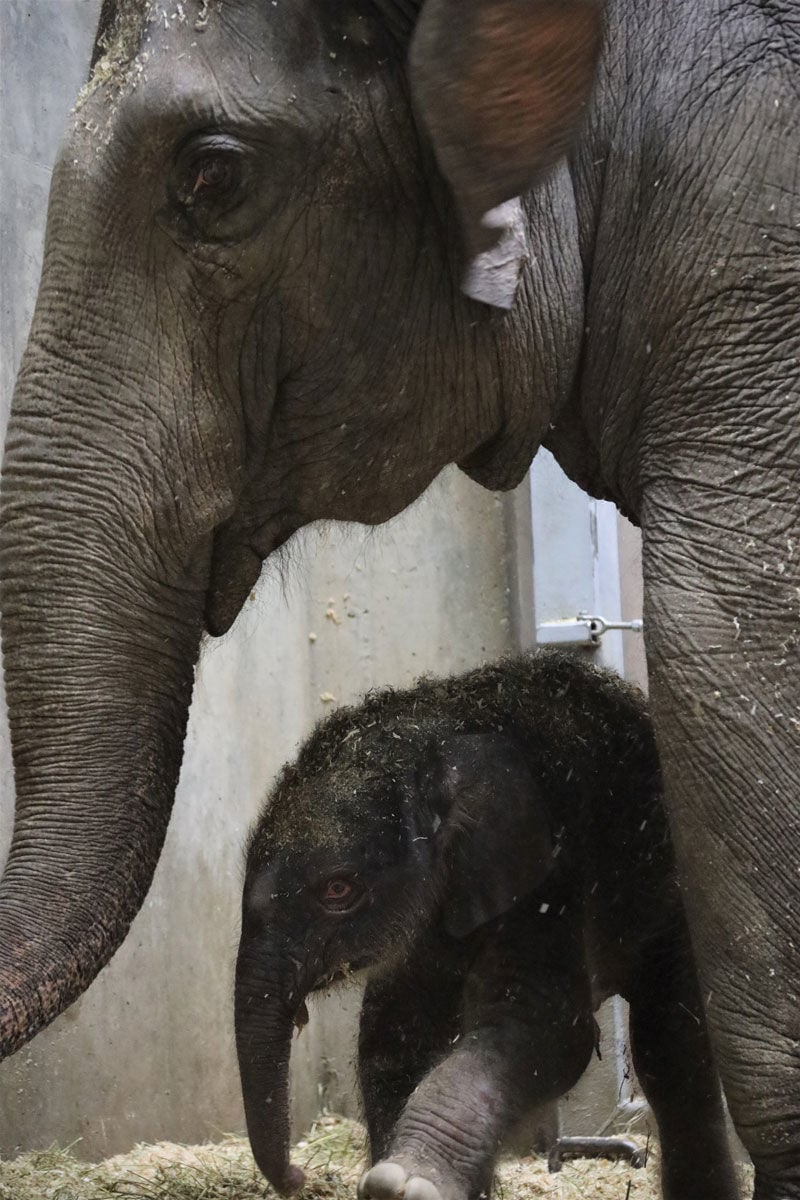 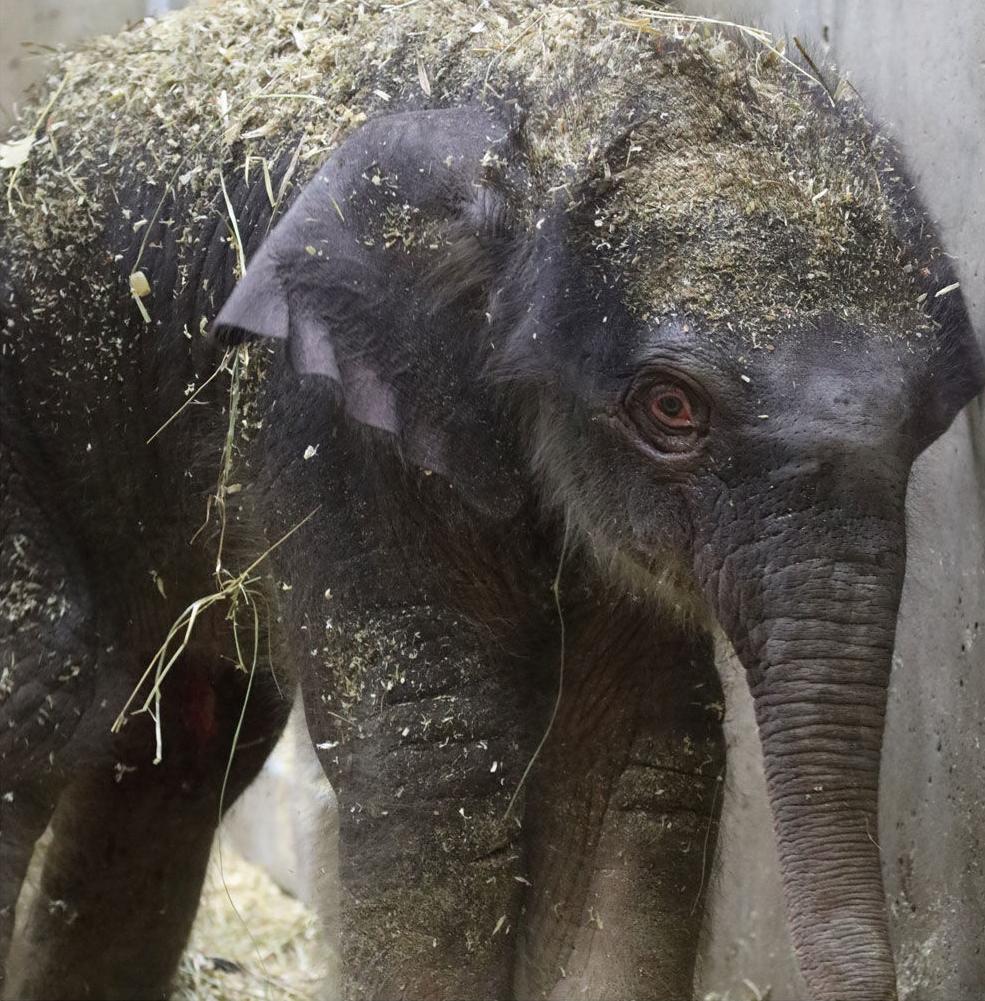 An elephant calf born earlier this month at the Saint Louis Zoo has shown developmental impairments that have limited his ability to feed since birth. 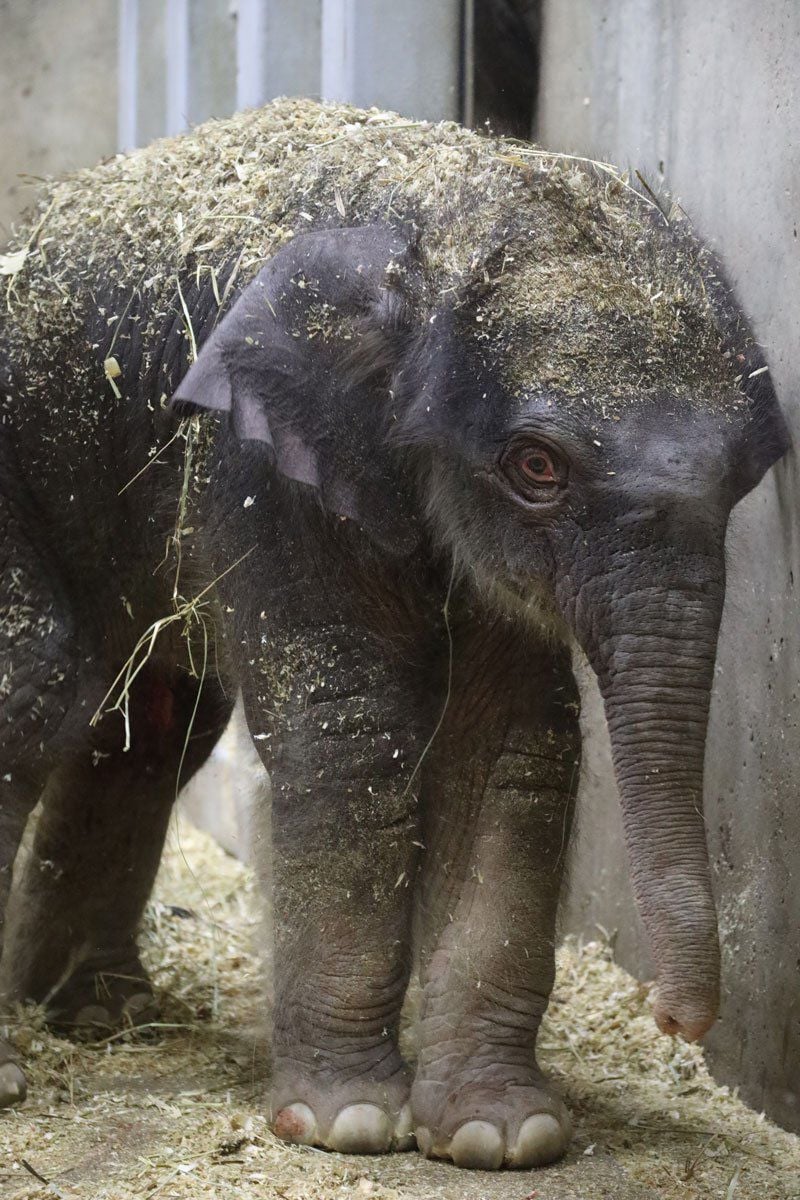 Avi was born July 6 with “developmental impairments” that limited his ability to feed, and his condition did not improve despite feeding assistance and continuous intravenous treatments. The calf’s condition deteriorated rapidly over the last 48 hours, and zoo officials euthanized him Sunday morning.

The calf was born July 6 to Rani, a 24-year-old Asian elephant.

“Everyone here is just devastated right now,” St. Louis Zoo President and CEO Jeffrey Bonner said in a statement. “Our team of professional elephant care experts did everything possible to help improve the calf’s health. Unfortunately, in the end, it just wasn’t enough as his health complications were too severe.”

Zoo officials said the calf’s mother, Rani, was nearby during his short 27-day life. An elephant pregnancy lasts about 22 months and a calf weighs between 250 and 350 pounds at birth.

Avi was Rani’s third calf. The zoo’s bull elephant, 27-year-old Raja, was the father. He was the first Asian elephant ever born at the zoo in 1992, and this calf was his fifth offspring.

The zoo said the breeding was recommended by Association of Zoos and Aquariums’ Asian Elephant Species Survival Plan, which is meant to maintain a genetically healthy population of Asian elephants in North American zoos. Asian elephants are facing extinction, with fewer than 35,000 remaining in the wild.

The 6-year-old calf was diagnosed with a deadly elephant virus Tuesday.

“Elephants in the wild face a growing number of threats, and elephants in zoos provide a genetic safety net should wild populations continue to decline,” Katie Pilgram-Kloppe, zoological manager of the St. Louis Zoo’s River’s Edge, said in a statement.

Rani’s other living offspring is Jade, born in 2007.

Rani’s calf Kenzi, born in 2011, died in 2018 shortly after being diagnosed with elephant endotheliotropic herpesvirus, a disease thought to cause the deaths of about half of young elephants at zoos. Jade also had been diagnosed with the disease in 2009, but recovered.Before Avi, the last elephant born at the zoo was Priya, in April 2013.

Newborn elephant calf at St. Louis zoo seems to be getting stronger, remains in intensive care

The calf was born July 6 and has had developmental issues that have limited his ability to feed.

A keeper tends to an elephant calf born July 6, 2020 at the St. Louis Zoo. Photo by Katie Pilgram-Kloppe/Saint Louis Zoo.

An elephant calf born earlier this month at the Saint Louis Zoo has shown developmental impairments that have limited his ability to feed since birth.