The now 100-year-old retired patrolman managed to raise his walker above his head to loud applause to a room half-full of law enforcement.

Hetzer, who turned 100 on Dec. 30, is the oldest living St. Louis Metropolitan Police Department retiree, after serving nearly 28 years with the department from May 1948 to September 1975.

Leaders of the department including Chief John Hayden, police retirees and Hetzer’s friends and family gathered Wednesday at the Garden Place Assisted Living Facility in Waterloo to celebrate the retired officer’s 100 years.

Hetzer stood smiling before the crowd dotted with blue uniforms.

A staple in north St. Louis

Hetzer spent all but a month of his career walking a beat in the city’s old Fifth District in north St. Louis.

Though he had opportunities to move up the ladder at the department, he always turned them down to stay in the neighborhood, his children said.

”I think the district was like family for him,” said Hetzer’s daughter Millie Crook, 68, of Fenton. “He knew everyone there.”

Retired St. Louis police Officer Bob Sanneman worked in the Fifth District with Hetzer from 1965 to 1975 and remembered Hetzer as someone who helped train many younger officers in the department.

“Not only was he a good policeman, I remember he liked to enjoy himself and have a good time,” Sanneman said.

Hetzer made the Post-Dispatch in February 1965 when he caught a burglar in the act at a cafe in what is today the Jeff-Vander-Lou neighborhood.

According to the Post-Dispatch at the time, Hetzer spotted the man stepping through a pane of broken glass. The two got in a brief chase and the man left a trail of 24 whiskey bottles in his wake before Hetzer made the arrest.

His son, Jim Hetzer, 65, of the Oakville area, said he was always proud of his father’s career and used to pretend he forgot his lunch or homework just so his dad would come to his school in his police uniform.

”Everyone would say: ‘Wow is that your dad?’ ” Jim Hetzer said.

Edward Hetzer grew up and lived in St. Peters for most of his life. Before joining the department, he worked for the Army Air Corps for the last few years of WWII at an army pilot training base in Florida.

Hetzer then worked briefly at the National Personnel Records Center on Page Boulevard before joining the police department in May 1948.

We are humbled & thankful to Retired Officer Edward Hetzer for allowing us honor him on his 100th birthday! Thank you for over 27 years of dedicated service! pic.twitter.com/g7h0oOiww2

Jim Hetzer told the Post-Dispatch that his father says the secret to longevity was a good career with the department, never smoking or drinking heavily, and eating a bowl of vanilla ice cream almost every night.

“It’s hard to believe, but he’s not on any medications to this day,” Jim Hetzer said.

The retired officer was presented with a proclamation in his honor Wednesday and thanked by dozens of current officers with the St. Louis and Waterloo departments.

Next time you see a tick in Missouri, don't scream, toss it in the mail

Missouri conservation officials are asking people to save the ticks they come across while tromping through the woods and toss them in the mail.

'We're concerned that the event's registration numbers are lower than we would like,' FEMA officials said Monday.

The adult was rushed to a hospital for treatment of serious injuries.

‘Peace of mind’: Families catch up on hugs and holidays after vaccinations

For grandparents, especially, the reunions are extra sweet.

Region’s coronavirus caseload has stalled, leaving experts worried: Are we dropping our guard too soon?

Experts tout the urgency of vaccinations and the importance of maintaining protective practices, like social distancing and wearing masks. 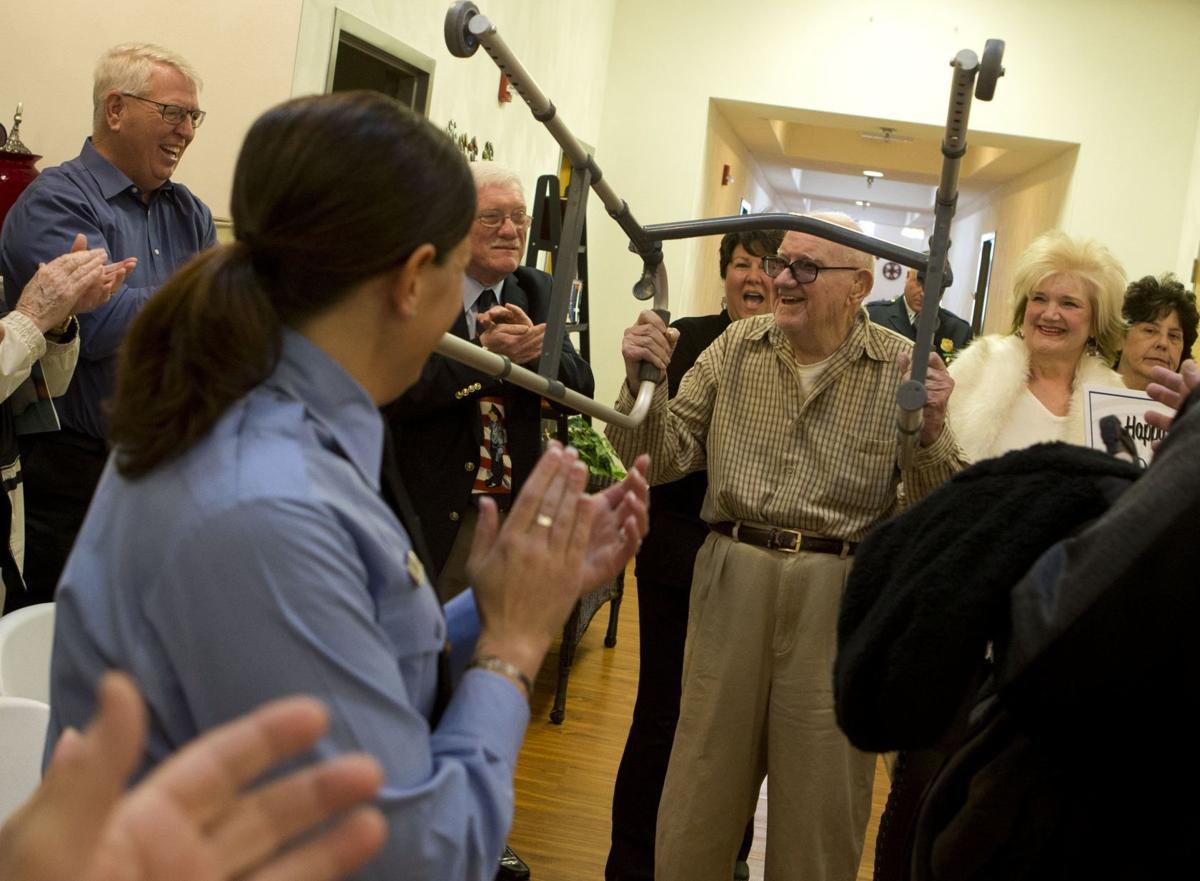 Edward Hetzer, a retired police officer, raises his walker as he enters a celebration for his 100th birthday in Waterloo on Wednesday Jan. 31, 2018. Hetzer served the city of St. Louis for 27.5 years before retiring in 1975. Photo by Austin Steele, asteele@post-dispatch.com 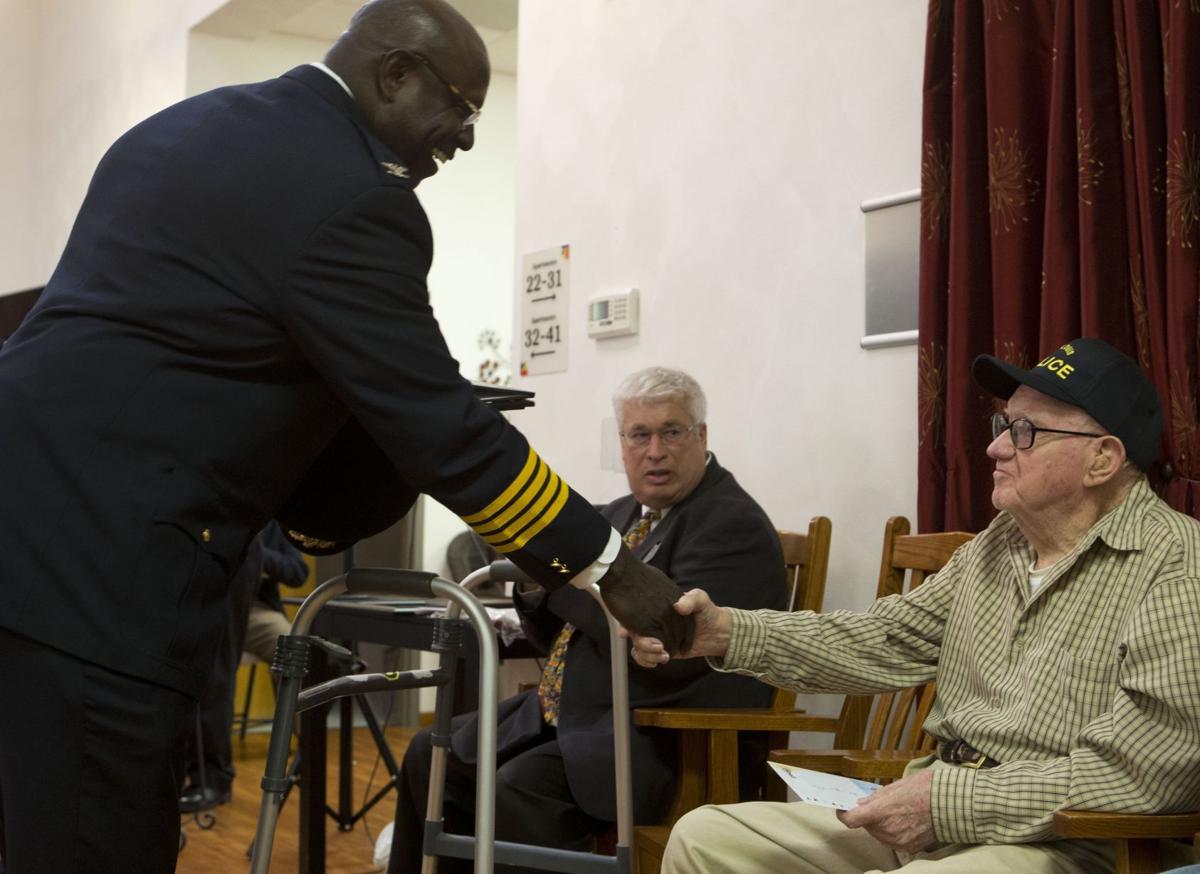 St. Louis Police Officer Edward Hetzer in photos provided by the department. Hetzer served on the force for 27 years before retiring in 1975.