1999: Parkmoor draws capacity crowds in its final week
0 comments
Share this
{{featured_button_text}}
1 of 2 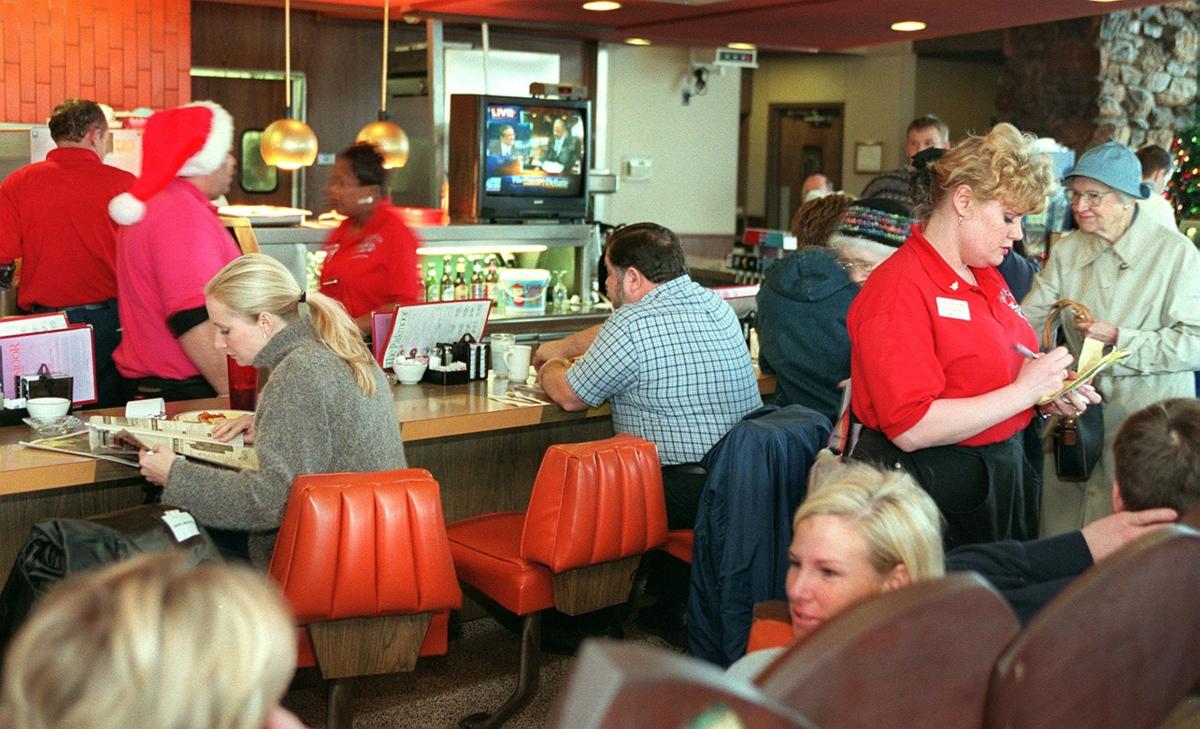 The Parkmoor in 1998. Photo by Larry Williams of the Post-Dispatch 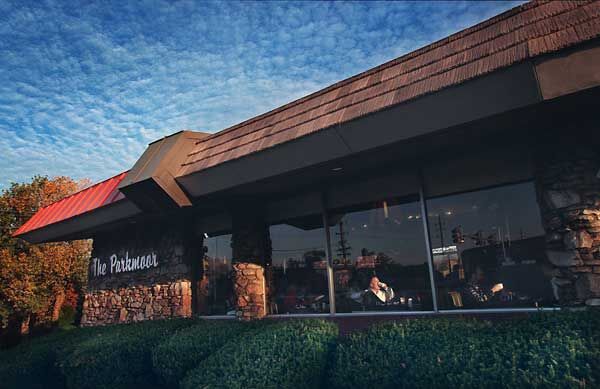 The Parkmoor shortly before the Clayton landmark closed for good in 1999.

The venerable Parkmoor, one of the last victims of the Great Independent Diner Massacre, serves its last patrons Sunday. Since restaurant owner Lou Ellen McGinley announced two weeks ago that she would close her Clayton eatery, nostalgic fans and regulars alike have strained the Parkmoor's capacity as well as its overworked staff.

Management expects more of the same when the restaurant opens for one last time Sunday at 6 a.m. "We'll stay open at least until the last brow nies get sold, " said McGinley, of Dallas, who also has a home in Clayton.

The corner of Big Bend Boulevard and Clayton Road hasn't jumped like last week since the Parkmoor was a real drive-in with curb service. The current building, retro-looking when it was built in 1968, replaced the original restaurant, built in 1930.

Mickey Mason came to say goodbye to the Parkmoor last Thursday. She had to circle a packed parking lot several times before a spot opened up.

"Just as busy as the old days," said Mason, 77, of University City.

Mason was "the girl with the Buick" in a circle of friends that pulled up to the old diner on a warm spring night in 1938. By the time Mason had finished a burger, french fries and soda that cost about 50 cents, she had struck up one of the most important conversations of her life.

"I met my future husband at the Parkmoor that night," she said.

She fell in love with Murray Mason, prayed that he would survive World War II as a fighter pilot aboard the battle-scarred aircraft carrier Lexington, and married him when he made it safely home. They're still married, 51 years later.

Not everyone remembers the restaurant's incarnation as the real drive-in that opened in 1930. Jenny Tapen, 26, of Maplewood, dropped in for her regular lunch of a Kingburger and fries. She didn't express any nostalgia for the place on Thursday afternoon but was a bit upset for another reason.

"It's another case of the corporations bumping the little guys out," was how Tapen viewed the pending closure.

The little guys, in this case, would have to be the employees. McGinley certainly does not qualify. According to one prominent local property appraiser (who declined to be identified), if the Parkmoor were assessed at the going Clayton commercial real estate rate of $60 to $70 a square foot, it would be worth between $2.6 million to just over $3 million. And that may be a conservative figure for one of the region's most prominent intersections.

According to McGinley, the Parkmoor simply could not compete with the chain restaurants that surround it - the Outback Steak House, Applebee's, the St. Louis Bread Co.

"I'm not like my father, hell-bent for break-even," she said this week.

McGinley promised that she would do something with the property that would make her family proud.

She was pressed about what that might mean. Would she sell it to someone who planned to build something swank on the site, like a boutique hotel? Or would Walgreens gobble it up, as has been rumored? (The appraiser noted, however, that to his knowledge Walgreens had never paid in excess of $2 million for a piece of property in the metropolitan area.)

McGinley sharply, but playfully, threw an elbow and replied, "How about some income? That's what I'd like to see!"

So it's about the money for Lou Ellen McGinley. And who can blame her?

Like the rest of the Parkmoor staff, Akers, a server, had been run ragged by capacity crowds all week. After Sunday, Akers will take the leisure of the unemployed.

Akers, and two other employees who declined to be identified because they said they feared losing severance pay, said the restaurant held its own against the competition and offered some of the best-paying restaurant jobs in the area. Akers said he regularly made $500 a week after taxes, a figure consistent with those given by other servers.

"I don't want to ruin the sweet nostalgia thing for everyone. I'm not bitter or spiteful, but it's not true that this place couldn't compete with other restaurants," Akers said. "They do a heck of a business there."

21 years ago: The Parkmoor became a no-more.

On Oct. 31, 1999, the Parkmoor restaurant closed its doors. Art critic Jeff Daniel reflected on what made it so special.

The Parkmoor in 1998. Photo by Larry Williams of the Post-Dispatch

The Parkmoor shortly before the Clayton landmark closed for good in 1999.