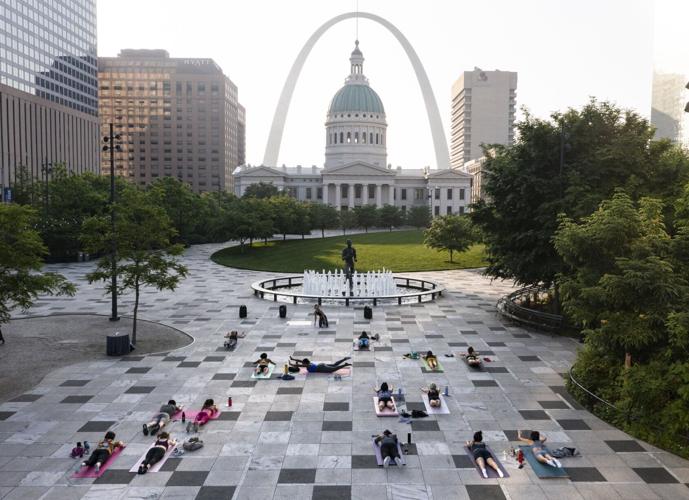 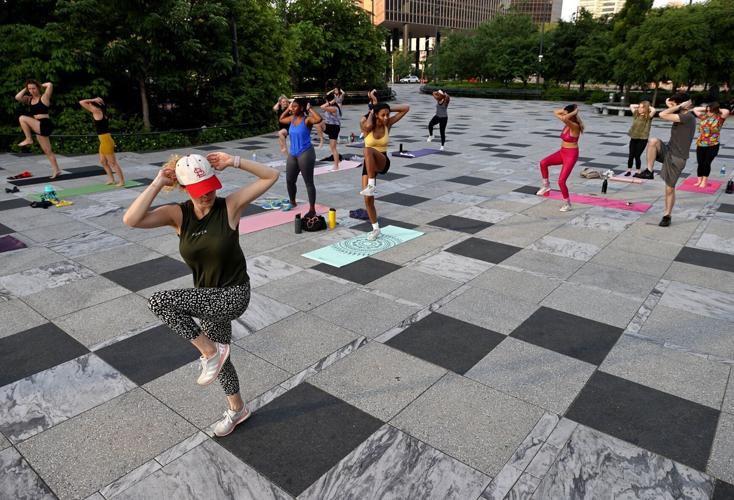 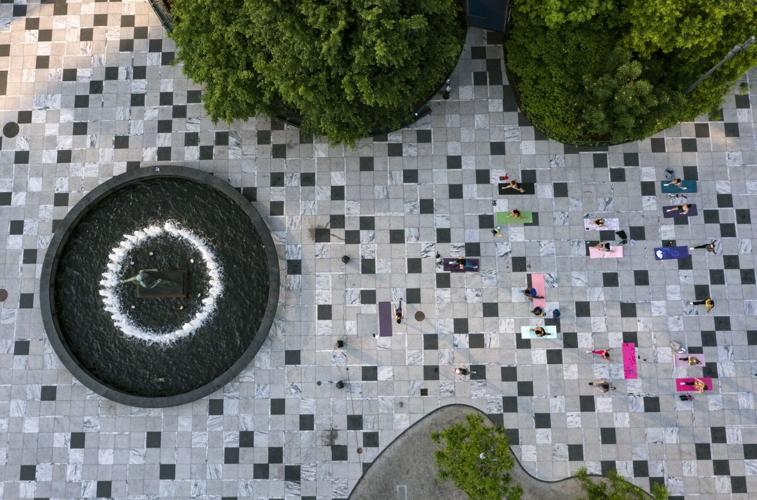 ST. LOUIS — The St. Louis area is facing an early dose of extreme heat this week, with high temperatures and humidity setting records and resembling conditions often not seen until the peak of summer.

It feels “more like the middle of July than early May,” the local forecast office of the National Weather Service wrote in a recent tweet.

And the high Thursday reached 93 degrees — enough to supplant the daily record of 92, set in 1956, the NWS said.

“I wouldn’t mind a couple degrees cooler, if I were honest,” said Ben Washburn, an Environmental Protection Agency spokesman, before a meeting in the Metro East on Wednesday with local mayors on federal funding opportunities for infrastructure projects.

The mid-70s are more typical for this time of year, according to historical NWS averages.

But as any Midwesterner knows, the humidity often matters just as much. And this week the heat index — which measures what the weather feels like, given the combination of heat and humidity — has soared toward record levels for this time of year.

The heat index hit 98 degrees on Tuesday and reached 102 on Wednesday, according to the local NWS office. The agency said such a high reading at this point of the spring is “extremely unusual” — the region hasn’t seen a heat index of 100 this early since at least 1945. Since then, the earliest the region has hit 100 was on May 26, 1953.

Thursday’s heat index topped out at 97.

Nowadays, episodes of extreme heat are made more likely and more frequent as greenhouse gases warm the atmosphere.

Still, the region has hit high temperatures earlier in the year. Melissa Mainhart, a local NWS meteorologist, said the area has occasionally experienced 90-degree days in April and even twice in March, roughly a century ago.

The region has seen, on average, its first 90-degree day around May 20, she said, based on about 150 years of data.

But that doesn’t always coincide with an extended, multiday run, like the one now gripping the area.

For those sweating through the current heat, some incremental relief is on the horizon.

Temperatures will “slacken” on Friday, Mainhart said, and drop closer to normal over the weekend, when highs are expected to be in the lower 80s.

After two years of going virtual during the COVID-19 pandemic, one of the country's largest Black parades returned in force on Sunday.

Firefighters are rating St. Louis homes. A red X means do not enter.

A St. Louis Fire Department crew went to a two-story property in the 6000 block of Maple Avenue this week to find out as much as they could about the building without going inside.

Several St. Louis streets will be blocked off today as the Annie Malone May Day Parade returns as a live event downtown.

Acclaimed architect Gyo Obata, who died in March at the age of 99, will be honored at a public memorial service on Saturday.

Abortion, homelessness and guns: Inside the Post-Dispatch with Tony Messenger

Wanted in Glendale: Buyers who will preserve 214-year-old home

A home for sale at 9 Hill Drive in Glendale dates to around 1808, when that section of the region was still considered wilderness.

Young, transgender and targeted in Missouri

Police said a stolen Jeep was speeding to elude officers when it hit a minivan carrying the seven victims.