ST. LOUIS — The remains of a young soldier from Northwoods who was killed in the Korean War have been identified and returned to the United States.

After the battle, his body could not be recovered.

His remains were among 55 boxes purported to contain the remains of U.S. service members killed in the Korean War turned over by North Korea in July 2018 after President Donald Trump’s summit with the country’s leader, Kim Jong Un.

“When I heard about them, I remember thinking, wouldn’t it be great if Jerry’s remains were in one of those boxes? I never thought about it again though, because what are the odds?” his brother, Leonard Hummel, said Tuesday. “When I did get the call, I was overwhelmed.”

The boxes arrived at Joint Base Pearl Harbor-Hickam in Hawaii on Aug. 1, 2018, for identification at a government laboratory.

Scientists from the Armed Forces Medical Examiner System identified Cpl. Hummel’s remains using evidence that included DNA analysis. Leonard Hummel said he and his sister, Annette Heidenreich of Hot Springs Village, Arkansas, had provided their DNA several years ago in hopes it could be used to someday identify their brother.

Cpl. Hummel was a member of Heavy Mortar Company, 31st Infantry Regiment, 7th Infantry Division, according to the defense agency. He was reported missing in action Nov. 30, 1950, in the Chosin Reservoir. Census records and his family say he was 19 at the time.

The battle, fought in brutally cold weather, lasted more than two weeks and claimed thousands of lives, with thousands more reported missing and whose remains could not be recovered.

Leonard Hummel, 86, remembers his father sitting him down with their family to tell them that Jerry was missing. The news had come by telegram. He remembers how somber it was, and thinking his older brother must be dead. Their mother had died 11 years earlier in 1939.

Cpl. Hummel, who had lived in the 3900 block of Colonial Avenue in the north St. Louis County municipality, had enlisted in the Army after attending McBride High School, a now-closed Catholic school, and had been stationed in Japan for about a year before being sent to Korea, according to Post-Dispatch archives.

Leonard Hummell, who lives in Hutto, Texas, said plans had not been made for his brother’s burial. Their father died in 2005. Besides his brother and sister, Cpl. Hummell’s survivors include his half-sister, Sharon Board also of Hot Springs Village.

The most recent count shows 7,603 Americans who remain unaccounted for from the Korean War. Cpl. Hummel’s name is among those recorded on the Courts of the Missing at the National Memorial Cemetery of the Pacific in Honolulu.

A rosette will be placed by his name to indicate he has been accounted for, the defense agency said.

Crews to close lanes on the Blanchette bridge starting Monday

St. Raymond Maronite Cathedral has been a religious hub for the St. Louis Lebanese community near downtown for generations. St. Elizabeth of Hungary is a Roman Catholic parish in Crestwood.

It's cold out there, and no warmup on the way today for St. Louis

Temperatures are expected to drop to about 15 degrees Thursday morning in St. Louis, with wind gusts up to 28 mph.

Is your route to work giving you a headache because of potholes, poorly timed lights or street construction? Let the experts know, and ask the…

Larry Adams spent 40 years in the competitive dog show circuit before becoming a judge at Westminster for the first time this year.

It's cold out there, and no warmup on the way today for St. Louis

Temperatures are expected to drop to about 15 degrees Thursday morning in St. Louis, with wind gusts up to 28 mph.

The ticket was purchased at a Phillips 66 station on South Hanley Road. 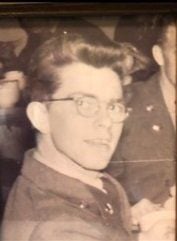 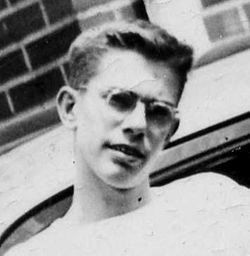