Restoration planned for Bequette-Ribault House in Ste. Genevieve
0 comments
Share this
{{featured_button_text}}
1 of 4 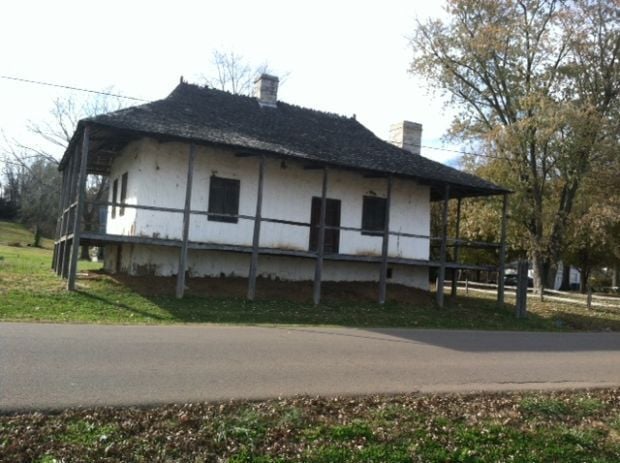 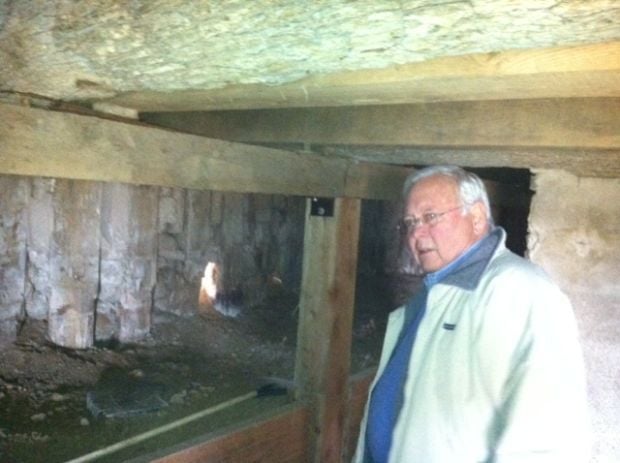 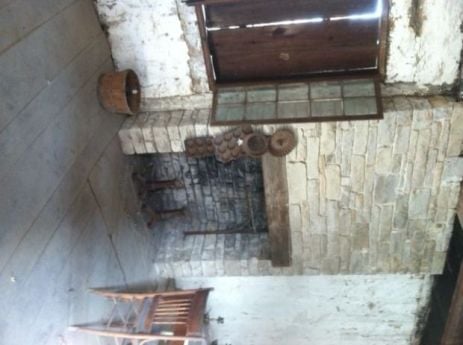 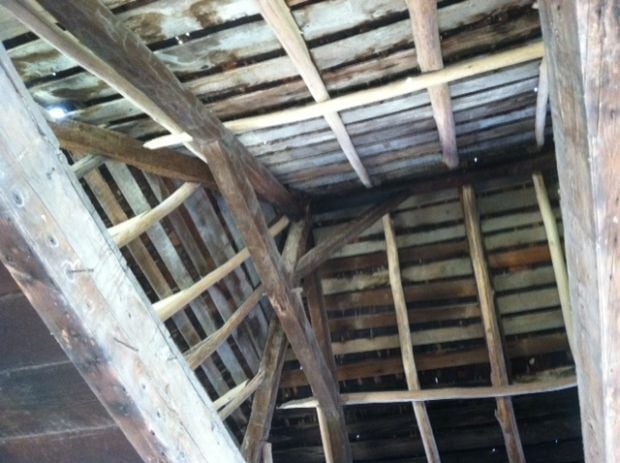 The roof is supported by a Norman truss. Ste. Genevieve has more Norman-truss and "poteaux-en-terre" (posts in the ground) French colonial buildings than any other site in North America.

STE. GENEVIEVE • The centuries-old Bequette-Ribault House has a new owner — a man who restored dozens of buildings in Lafayette Square in St. Louis and plans to rehab the historic building this winter.

Hank Johnson, owner of Chaumette Vineyards and Winery outside Ste. Genevieve, hopes to open it to the public as a museum with tours this spring, which is also when another part of its future may be known — whether it will be part of the national parks system.

The original Ste. Genevieve settlement was founded around 1735 and was the first permanent European settlement in what is now Missouri. Residents are fiercely proud of the town’s French colonial past, and tourism is a vital part of the area’s economy.

The two-room house, just 22 by 38 feet, is a part of that history. It faces what remains of Le Grand Champ, the city’s old common field on the Mississippi riverfront. The house is a “poteaux-en-terre” building, which means “posts-in-the-earth” and refers to its vertical logs built directly on the ground, without a foundation. Few remain, although Ste. Genevieve is home to three such buildings.

Congress in 2005 ordered the Department of Interior to study whether a portion of the city and county meet federal criteria to be included in the national park system.

Buildings that could be encompassed include Beauvais-Amoureux House, which is already operated by the Missouri Department of Natural Resources as a historic site and is also a posts-in-the-earth building, and the Bequette-Ribault House.

Other historic sites in the parks system include the Ulysses S. Grant site in Grantwood Village and Harry S Truman’s house in Independence.

Options considered by the park service in and around Ste. Genevieve include helping local groups and funding restoration projects or creating a federally funded historic site.

The study began in 2010, said Natalie Franz, a planner for the Midwest region of the National Parks Service. She said a draft of the study’s findings is under final review and officials hope to release it in March.

The Bequette-Ribault House is listed on the National Registry of Historic Places. The first owner, Jean-Baptiste Bequette, was farming just across the road by 1784 and may have built the house soon after, according to a 2007 report by Elizabeth Scott, an Illinois State University professor who conducted archaeological studies on the property.

But testing by the University of Missouri-Columbia in the 1980s showed wood used in many of the upright posts, floorboards, and joists had been cut in 1807 or 1808, making it possible the house was built in the exact location of an earlier house, Scott’s report says.

The Bequette property was sold in March of 1840 on the courthouse steps to the highest bidder, Antoine Recole, for $405. Recole is identified as a free man of color. Two months later, he sold the property for the same amount to a woman named Clarise, also spelled Clarissa, who is also described as a free woman of color.

She was included in the will of a French man named John Ribault, who died in 1849. The only owners of the property from 1840 until 1982 were Clarise and her descendants, all of whose last names were Ribault, according to Scott’s report.

Since then, the house has been owned by the state, which bought it in 1990 to keep a group from buying it and moving it to Peoria, Ill., and by private owners.

Johnson bought the house from the Charron Institute last month. William Charron and his late wife, Donna, had owned the house since 1996.

Johnson’s plans include replacing the roof, which has gaps large enough to let in daylight. He’ll make sure visitors can view the Norman truss, which supports the roof, and use cedar shingles to keep it historically correct. He’ll need to fix windows and shutters, replace deck boards, preserve its white color and search for period furniture — but no fancy pieces, he said.

“The furniture will be very simple, very primitive,” he said, because he wants it to accurately reflect how farmers lived.

And he’ll use square nails, just like the builder of the house centuries ago did.

Johnson declined to say what he paid for the house but estimates it will take $20,000 to make the repairs. He said it will be easier to restore than buildings he took on in Lafayette Square, where he lived for 37 years.

He built a house in 1992 at his winery about 20 miles outside Ste. Genevieve and moved there two years ago.

He’s thrilled to be rehabbing the Bequette-Ribault House.

“I’m just getting started on learning, really, the history of what went on this house,” Johnson said. “It’s just particularly exciting to me to feel like we’re a little part of that history now.”

EDITOR'S NOTE: An earlier version of this story gave an incorrect first name for William Charron's late wife. This version has been corrected.

The two-room house may be small, just 22 by 38 feet, but it's architecturally significant.

The National Park Service released on Friday a study declaring dozens of properties in the 4,000-person Mississippi River town as historically significant and suitable for a park designation.

Silversmith's house in Ste. Genevieve, built more than 200 years ago, saved by church next door

The Antoine Oneille house will serve as a food pantry, youth hangout and meeting space for the First Presbyterian Church, which spent more than $300,000 on the renovations.

Just a little over an hour south of downtown, find a French town so charming, you'll want to stay a while.

The roof is supported by a Norman truss. Ste. Genevieve has more Norman-truss and "poteaux-en-terre" (posts in the ground) French colonial buildings than any other site in North America.