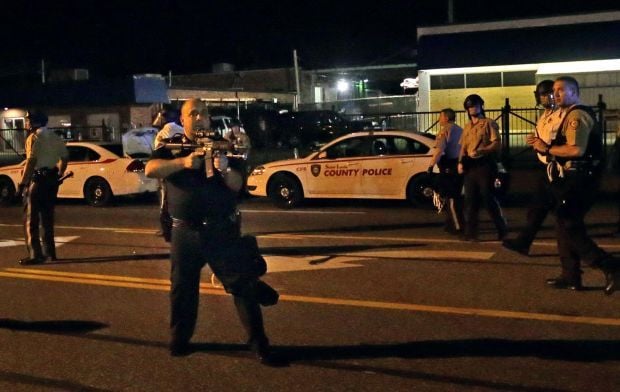 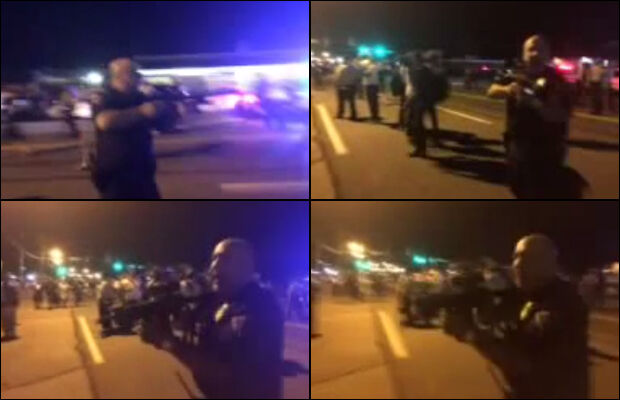 Screengrabs from a YouTube video that shows a St. Ann officer pointing a gun at protesters. 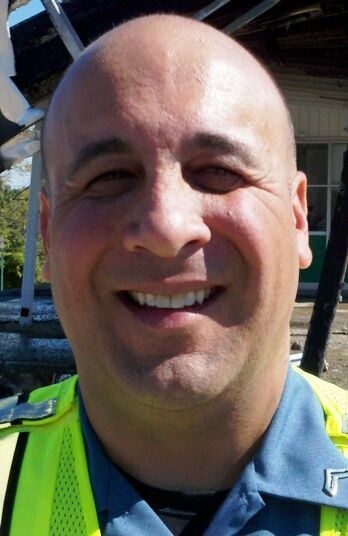 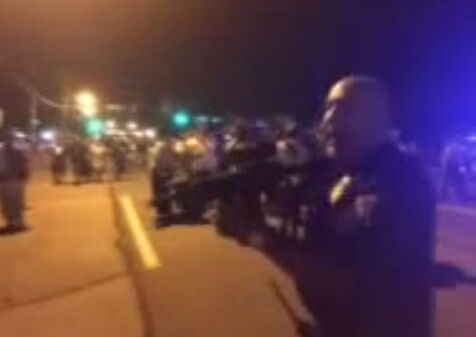 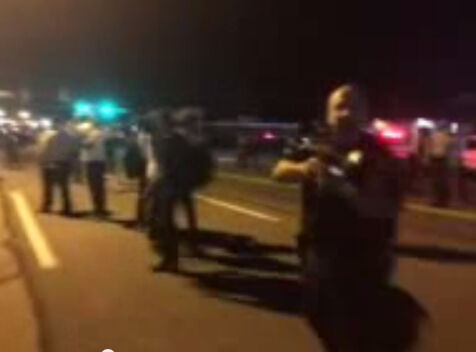 FERGUSON • A St. Ann police lieutenant has been suspended after pointing a semi-automatic assault rifle at a protester in Ferguson late Tuesday night, police said.

St. Ann Police Chief Aaron Jimenez identified the officer as Lt. Ray Albers, who has been with the department since 1994.

Albers pointed the gun at a peaceful protester after a "verbal exchange," according to St. Louis County Police Officer Brian Schellman, a spokesman for the department. He said a St. Louis County sergeant immediately forced the officer to lower his weapon and escorted him from the area.

Albers was relieved of duty and suspended indefinitely, Schellman said.

"The unified command strongly feel these actions are inappropriate, and not indicative of the officers who have worked daily, to keep the peace," Schellman said in a statement.

A YouTube video of the incident, posted Wednesday(watch here, but warning: video contains profanity), begins partway through the incident, and captures the unidentified officer pointing his rifle at the crowd.

Members of that crowd verbally confront the officer, who appears to say, “I will (expletive) kill you. Get back.”

Asked his name, he responded, “Go (expletive) yourself.”

As reporters and cameramen gather, another officer arrives and uses his hand to lower the first officer's rifle, pointing it toward the ground.

Jimenez said Albers drew his gun after seeing what may have been a BB gun in the crowd. The officer asked a member of the media to move, he said. "The media person refused to cooperate, and in an attempt to keep the public safe, my officer used profanity with the public and told the media person that he was going to kill him if he didn't move," Jimenez said in an email. "We certainly do not condone the verbiage that was used and the officer will be counseled on his choice of words.  The St. Ann Police Department regrets this unfortunate situation and hopes for a peaceful resolution in Ferguson. "

In a phone interview, Jimenez said Albers' had been suspended without pay and would undergo a psychological evaluation and sensitivity training.

He condemned Albers' threatening language, but added, "I stand by him if he felt like his life was in danger, if he thought someone raised a gun, which wasn't captured" in the video.

Albers had three past disciplinary incidents, Jimenez said, one in 1995, one in 1996 and another last year, when he "got into it with a citizen and instead of just letting the conversation go, he chose to say some inappropriate things."

"This is his second time with the wrong choice of words," he said.

The Post-Dispatch wrote about Albers in 2010, when Albers pulled a man from a burning vehicle that crashed while fleeing from police.

Albers was been on duty in Ferguson the past four nights while continuing to work his regular shifts in St. Ann, according to Jimenez, who said that protesters had thrown water and urine on Albers during the course of Thursday night.

Earlier Wednesday the American Civil Liberties Union asked the head of the Missouri Highway Patrol to remove the officer involved. The Highway Patrol is in charge of security in the Ferguson protests.

The ACLU letter asked Colonel Ron Replogle to identify and remove the officer, calling his behavior “wholly unacceptable.” “Such behavior serves to heighten, not reduce tension. It is also contrary to Missouri State Highway Patrol's effort to build a positive relationship with the community,” the letter continues.

On Wednesday, Capt. Ronald S. Johnson spoke to reporters in a Cool Valley-area restaurant about complaints against officers, acknowledging that there has been “inappropriate behavior” by some since he has been in charge. He said he has taken “appropriate action,” including sending some officers home.

Kevin McDermott and Walker Moskop of the Post-Dispatch contributed to this report.

Go behind the scenes with police tactical team in Ferguson

"The eyes of the nation and the world are watching Ferguson right now," the attorney general says.

Behind the scenes: a video look at the tactical team under fire

Watch footage from the helmet of photographer David Carson during his embed with the St. Louis County Police tactical team on Monday night.

Screengrabs from a YouTube video that shows a St. Ann officer pointing a gun at protesters.