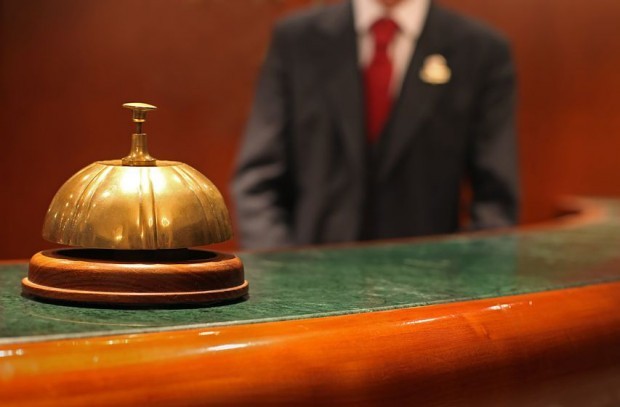 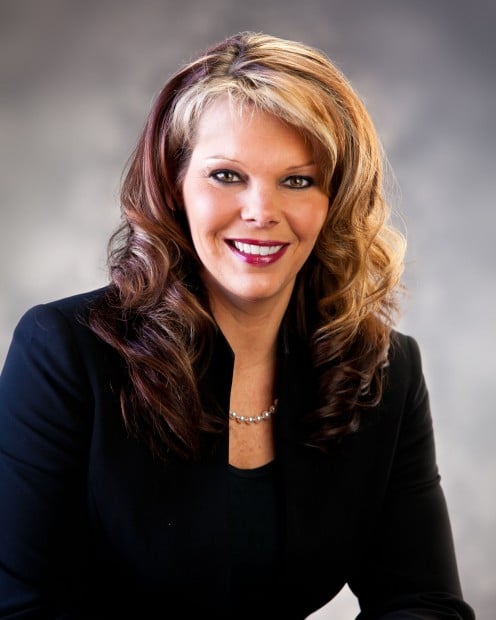 ST. LOUIS • Over the past eight years, Kimberly Ritter has scoped out some of the poshest hotels around the country for potential meetings and conferences.

But the Maplewood-based event planner this year has been on the lookout for something grim under all that polish.

Now, after check-in, she pulls out her laptop and a copy of the local alternative newspaper. She turns to the advertisements for private massages and personal escorts. She finds ones that include website addresses and picks out about 10. Then she finds their pictures on the Internet.

Ritter's not looking at the girls and guys covertly advertising sex for cash, but the tiny details in the background of the photos.

Many times she sees something familiar in the curtain patterns and bedspreads in the photos. Sometimes she looks up from her computer screen and sees identical furniture in her own hotel room.

What's she's found, Ritter says, isn't just evidence of prostitution but evidence that children as young as 12 are being sex-trafficked by pimps in the same hotels she's been booking for her clients.

In St. Louis, she's identified a dozen hotels where such photos have been taken.

"We live in this beautiful bubble here in St. Louis, and people think it doesn't happen here, but it does," Ritter said.

Federal law enforcement agrees. A 2006 U.S. Department of Justice Report identified St. Louis as one of the nation's intensive hubs for human trafficking. Although some of those cases involve forced domestic labor of illegal immigrants, a federal prosecutor said the bulk of them involve minors and younger adults being pimped for sex.

Ritter thinks she has a way to put it to a stop.

She and her co-workers at Nix Conference & Meeting Management have begun pressuring the hotels they do business with to sign a code of conduct to protect children from trafficking.

The organization plans to push the issue with the 500 or so hotels it negotiates with each year and encourage other meeting planners to do the same. The goal is to educate hotels and their staffs about human trafficking, help them identify it on their properties and come up with a plan to reach out to exploited minors.

When she gets resistance from hotel managers or more typically a shocked insistence that such a thing couldn't possibly be happening in a luxury hotel, Ritter says, she's armed with her laptop.

"Sometimes I will pull up the pictures on the Internet and show them, 'I can buy a girl in one of your rooms.'"

A version of the code initially was established by the human rights organization ECPAT USA, which stands for End Child Prostitution and Trafficking. Under it, those in the national and international tourism and hospitality industry — typically chambers of commerce and travel trade groups — pledge to establish policies against sex trafficking, hold training sessions for staff, and provide information about their policies to customers and affiliates.

Michelle Guelbart, a project coordinator with ECPAT in New York, said her organization has long pressed hotel chain corporate offices to sign it, but her organization lacks leverage — something conference and convention planners have in spades.

Ritter has something else, too: an order of nuns promoting the issue.

The U.S. Federation of the Sisters of St. Joseph is a longtime client of Nix. About three years ago, the Catholic order told Ritter it would only book a hotel with an anti-human trafficking policy for its national conferences.

"One of the things that has increasingly been part of our consciousness is human trafficking," said Patty Johnson, the order's St. Louis-based executive director.

Ritter, 42, has worked in the hotel industry since she was a teen. When the nuns told Ritter they would only book a hotel with a human trafficking code of ethics, it was the first time she had heard of it. And the thought of it deeply shook her.

Over the years she had checked in thousands of guests at front desks in her work. Many of them were minors standing beside adults she assumed were their parents. Rarely did she give more than an occasional glance at these teens. If she had, she might have recognized a child who shouldn't have been with that adult. And if she had asked for some sort of ID, or chatted with the youth and asked her name, she might have been able to spot someone in deep trouble.

So began a learning curve for Ritter that has arced to an obsession.

Ritter learned that organized sex trafficking is not just an international problem, but a domestic one. She learned that johns increasingly prefer younger teens; the preferred age is now 14.

She learned that pimps are targeting not only urban runaways and homeless youths, but vulnerable suburban and rural kids.

"The reality is it cuts across class lines and it cuts across geographic lines in terms of suburban, urban and rural, said Collins, with the U.S. attorney's office.

In the past two years, Collins said, she's prosecuted five adults in four separate cases involving three minors, and she expects a busy docket this year from current investigations.

Collins said that the Kansas City area prosecutes more human trafficking cases than anywhere in the country, and that scrutiny among law enforcement at all levels is growing in St. Louis.

Last summer, federal authorities successfully prosecuted a husband and wife who transported a homeless minor from Minneapolis to St. Louis and other cities and advertised her for hire on the Internet. That operation was being run out of hotels, Collins said.

"That case really in a lot of ways typifies the common ways in which the trafficking happens here," Collins said.

St. Louis is popular among traffickers because its location at the intersection of several interstates makes it a convenient stopover when sporting events or large conventions are held here or nearby.

Accurate national statistics on domestic human trafficking are difficult to come by, because many incidents involving minors are labeled prostitution, when those youths are being pimped or "trafficked" by an adult. Under prosecution terms, Collins said any minor who is coerced into or brokered for sexual contact should be considered trafficked, regardless if they are moved across international or state lines or if they are transported across town.

In July, the Millennium Hotel St. Louis was the first to sign the code at the request of Ritter and the Sisters of St. Joseph. Johnson said it was viewed as good business practice by the hotel's general manager, Dominic Smart.

"Most hotels who have signed the code of conduct have really done it in response to a scandal followed by huge public pressure," Johnson said. "Smart was able to push this through at the Millennium in a proactive way. He felt it was the right thing to do to make sure the hotel was crime-free."

In a position statement, the American Hotel & Lodging Association endorses anti-trafficking policies in all hotels but does not specifically mention the ECPAT code.

"It's the right thing to do," said CEO Joe McInerney, who noted meeting planners like Nix are increasingly putting anti-trafficking language in their request for proposals.

McInerney said some chains are reluctant to sign the code because it requires hotels to put literature about trafficking in guest rooms and also report to ECPAT annual statistics on trafficking found on their properties. Both may give patrons a false idea that the hotel is a hot spot for illegal activity when it is not, he said. Even one or two known instances can unfairly mark a hotel among customers, when the vast majority of customers are law-abiding, McInerney said.

"People don't realize you have 3.6 million people staying in hotels nightly," he said.

When Ritter and the sisters conducted training among the hotel's managers and staff, they tapped Katie Rhoades. A recent graduate of Washington University's Brown School of Social Work, Rhoades also is a survivor of sexual trafficking from age 18 to 21 that occurred in luxury San Francisco hotels.

Rhoades, now 31, is starting a nonprofit group named Healing Action Network to provide outreach to victims of commercial sexual exploitation. She said hotels need to recognize the red flags and then know how to connect the victims with resources, which may not always be the police. The red flags include unattended minors in sexually provocative attire in hotel lobbies; cash paid for room transactions; youths without luggage who avoid the check-in; and youths who head right to the elevators without eye contact.

At the Millennium, Ritter said, managers were shocked when they began their training.

But that was not the case with the housekeeping and room service staff. Not only do many of them live in lower-income neighborhoods where children are more likely to be on the streets, Ritter said, they have an intimate view of everyday life in the hotel.

"When we began our talks, so many of them quietly nodded their heads," she said. "They knew."

EDITOR'S NOTE: An earlier version of this story gave an incorrrect name for Nix Conference & Meeting Management. This version has been corrected.

You might not see it, but the problem of human trafficking is here and getting worse.

He admits to one count of sex trafficking, could get 20 years in prison.

The Covering House, a safe refuge for rescued child victims of sex trafficking, will host its first Art Creates Refuge Art Auction and Sale at…

ST. LOUIS • A federal judge in St. Louis has dismissed a lawsuit filed by a teenage runaway against an online advertising website that she acc…