Your daily 6: Health experts vs. Trump in open battle, bodies found in bag and missing: mayor of Seoul and 'Glee' star

St. Louis orders homeless encampment to move from under Interstate 44 overpass
0 comments
Share this
Subscribe for $3 for 3 months
1 of 2 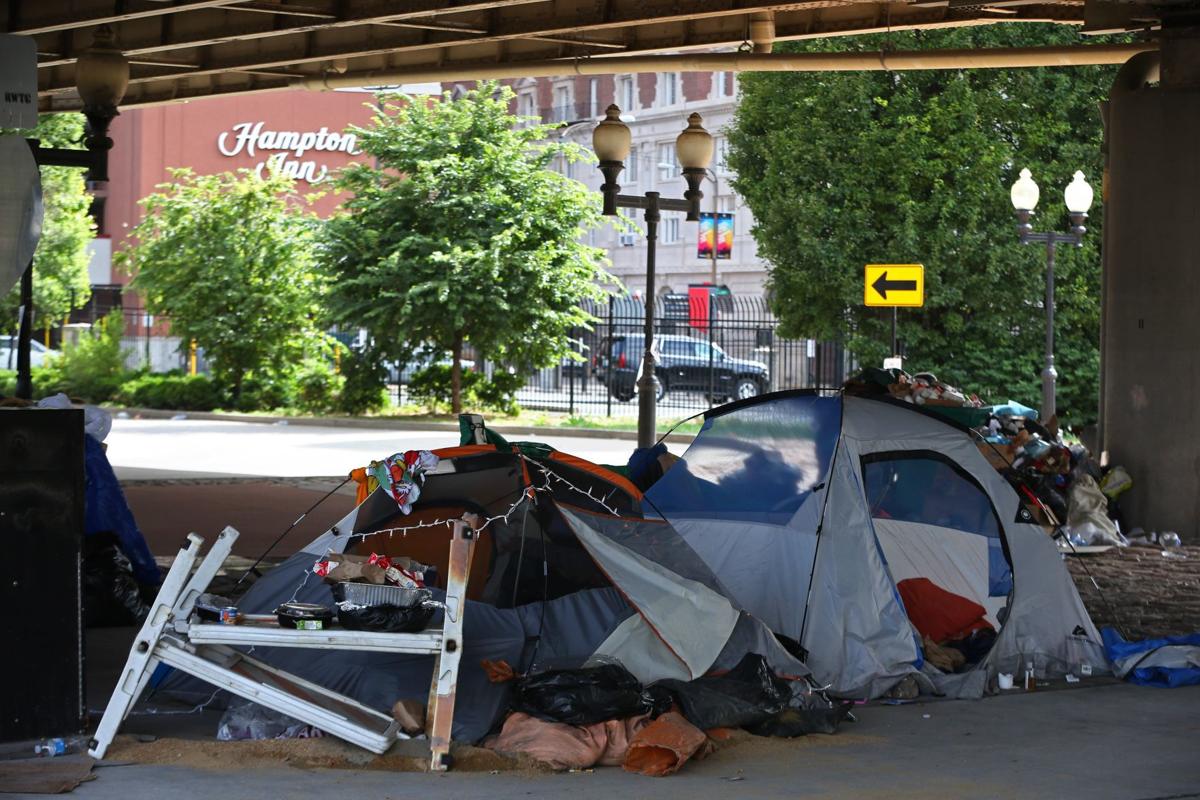 A homeless camp stands on a sliver of pavement between Lumiere Place Boulevard and Memorial Drive at Morgan Street on Monday, June 29, 2020. Photo by Christian Gooden, cgooden@post-dispatch.com 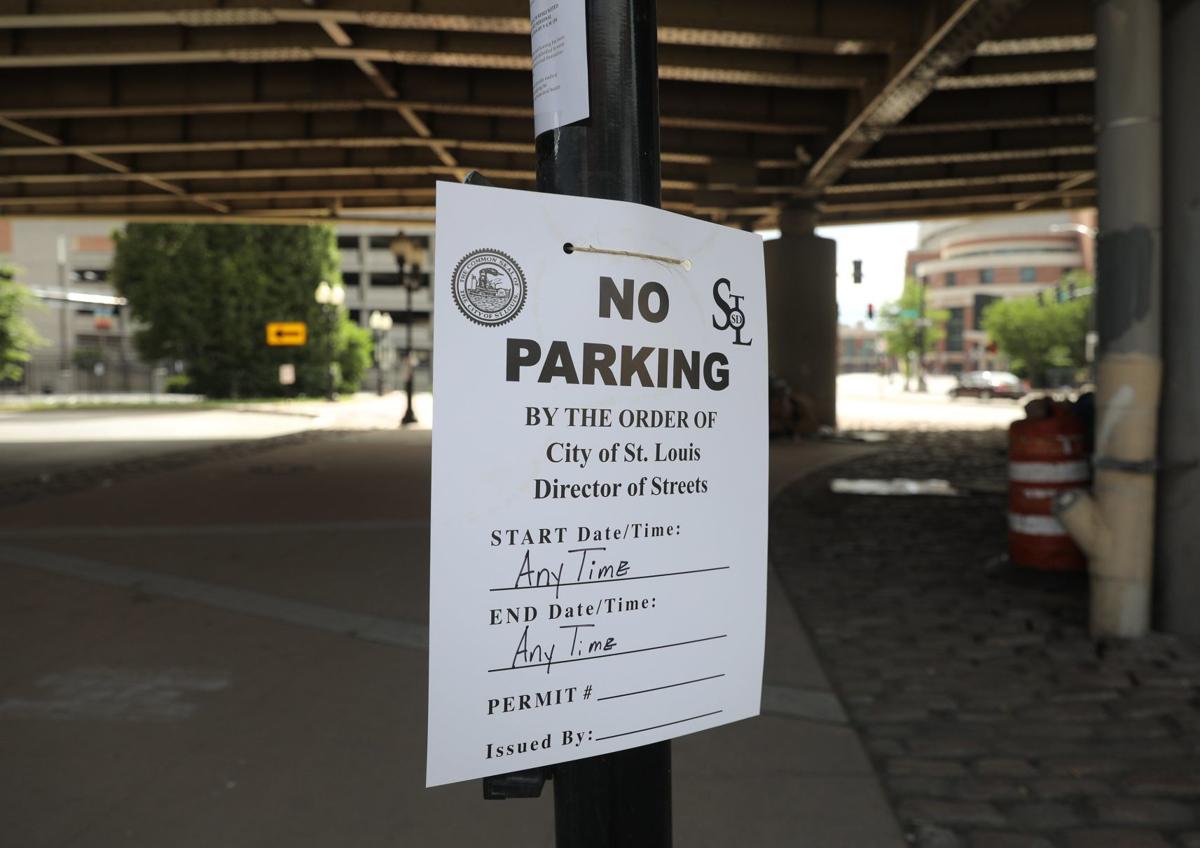 A new 'No Parking' sign is adhered to a pole near a homeless camp stands on a sliver of pavement between Lumiere Place Boulevard and Memorial Drive at Morgan Street on Monday, June 29, 2020. "They won't even let anybody trying to help us park here," said a woman living there who did not want to give her name. Photo by Christian Gooden, cgooden@post-dispatch.com

ST. LOUIS — An order posted at a downtown homeless encampment under Interstate 44 says unhoused people must clear the area by Tuesday morning due to trespassing laws.

Amid the coronavirus pandemic, the Centers for Disease Control in May posted interim guidance for cities with unsheltered residents, including to keep encampments open if housing options are unavailable and to provide hygiene resources.

The city's order, posted sometime over the past week, says people in the encampment, which is under the stretch of Interstate 44 that was formerly Interstate 70, have been offered housing by the city over the past two weeks.

But those living in the encampment Monday, most of whom said they'd been there since a few months prior to the coronavirus pandemic, said no one from the city has offered housing or medical services.

Nikkie, who declined to give her last name, said she is pregnant and diabetic and has been living under the highway for months.

“We’re basically being told that we are a hazard to the community and we’re carriers of corona. If that’s the case, why haven’t they offered us testing prior to telling us they’re going to kick us out?” she said. “People honk at us and say ‘go get jobs’ — I would love to work. You think I want to live under a bridge? How am I supposed to get a job looking dirty with dirty hair?”

People in the encampment added that shelters are not adequate solutions because they include random searches, curfews and overcrowding.

The mayor’s office did not immediately respond to questions about the capacity to house people experiencing homelessness, but spokesperson Jacob Long said in an email that the city has available space for those willing to come.

John Bonacorsi, an attorney working with the law firm ArchCity Defenders for the interests of the unhoused, said city officials continuously try to push homeless people out of the city.

In May, Arch City Defenders filed a federal lawsuit against the city over the clearance of homeless encampments near City Hall. A judge declined to stop the clearance, and the suit was dropped.

Through the Emergency Solutions Grant program, St. Louis received more than $5 million to support its coronavirus response for people experiencing homelessness, according to a document on the city’s website from the Department of Human Services' Homeless Services Division.

According to the city's order to vacate, the area under the highway has an "extreme lack of social distancing," unsanitary conditions such as hand washing and shower opportunities, substance abuse and spilled food that could lead to the further spread of COVID-19.

A 2019 report from the Continuum of Care, which works with the city to address homelessness, said that from 2014 and 2018, homelessness in the city decreased almost 25%, but there were still about 100 people who were unsheltered in 2018 and more than 800 in emergency shelters.

The victim, Gregory J. Muller, was swimming off a sandbar when he became caught in an eddy, according to the Missouri Highway Patrol.

A homeless camp stands on a sliver of pavement between Lumiere Place Boulevard and Memorial Drive at Morgan Street on Monday, June 29, 2020. Photo by Christian Gooden, cgooden@post-dispatch.com

A new 'No Parking' sign is adhered to a pole near a homeless camp stands on a sliver of pavement between Lumiere Place Boulevard and Memorial Drive at Morgan Street on Monday, June 29, 2020. "They won't even let anybody trying to help us park here," said a woman living there who did not want to give her name. Photo by Christian Gooden, cgooden@post-dispatch.com