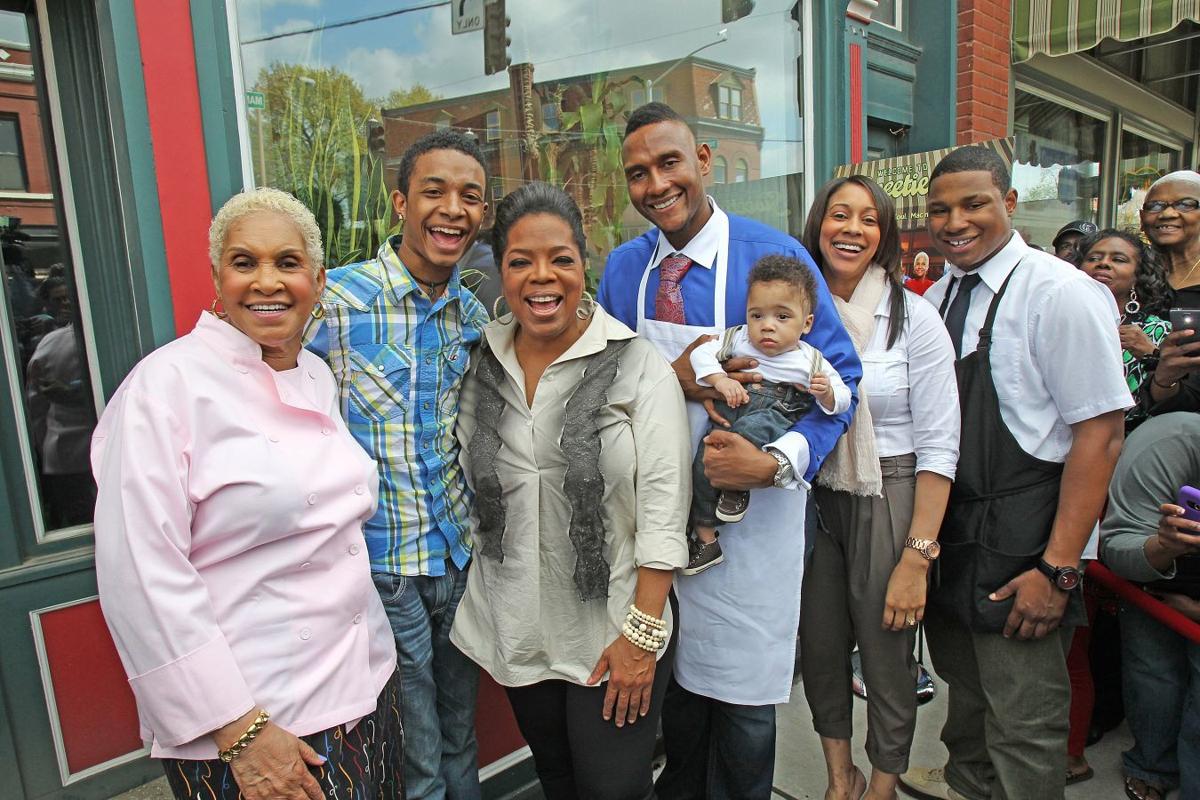 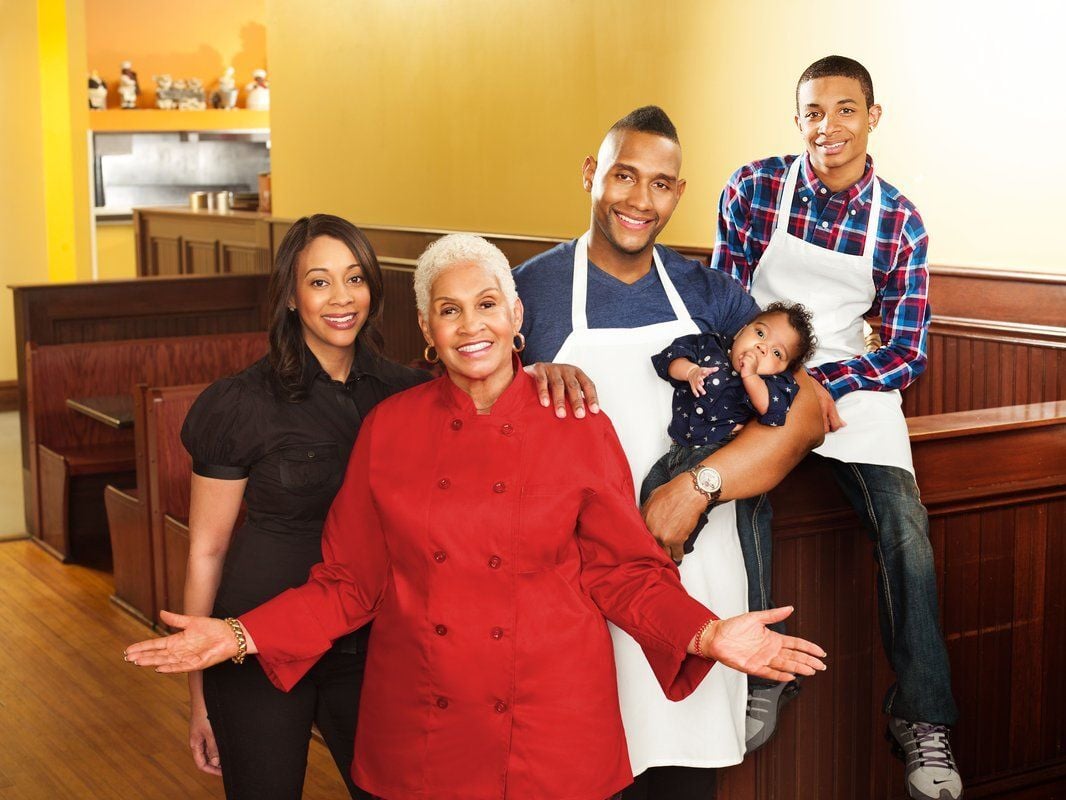 Robbie Montgomery (second from left) and Tim Norman (third from left) on "Welcome to Sweetie Pie's." OWN photo 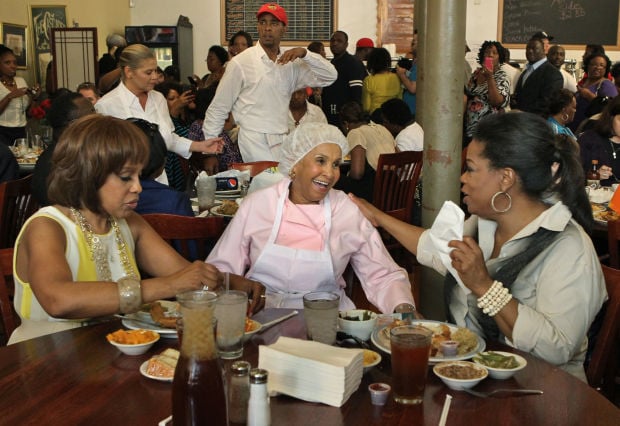 The suit was filed Monday in federal court in St. Louis, alleging that Norman illegally used the trademarked Sweetie Pie’s name at a restaurant he opened in North Hollywood, Calif., in Florissant and near Lambert-St. Louis International Airport in Berkeley.

The best-known location at 4270 Manchester Avenue is currently closed, but her company also runs a restaurant in Dellwood and The Upper Crust in midtown St. Louis. Montgomery is a former backup singer for Ike and Tina Turner.

Her family and restaurant have been the subject of a reality TV show, “Welcome to Sweetie Pie’s,” on the Oprah Winfrey Network. The sixth season of the show, which has generated 73 episodes, ended in January.

Collection documents filed in court earlier this year by the Missouri Department of Revenue claim the two restaurants located in the city owed more than $80,000 in back sales and withholding taxes.

Montgomery’s lawsuit accuses Norman of misusing signage and promotional materials for his locations and diverting “substantial sums” of revenue from the Manchester location toward his restaurants.

Norman’s use of the Sweetie Pie’s brand damages Montgomery’s ability to market and sell a Sweetie Pie’s franchise in Los Angeles and the St. Louis region, the suit alleges.

Neither Norman nor Montgomery could be reached for comment Wednesday.

Montgomery opened her first soul food restaurant in Dellwood in 1996, then obtained a licensed trademark for the name in 2012, the suit says. The reality show got off the ground in 2011.

That Norman “is identified as a member of Miss Robbie’s family on the Sweetie Pie’s show, along with his position on the show, further increases the potential of causing confusion in the marketplace,” the lawsuit says.

The Montgomery family has had a difficult couple of years. In March, Montgomery’s grandson, Andre Montgomery, 21, was fatally shot inside a home in the 3900 block of Natural Bridge Avenue near Fairground Park.

On Sunday, the family’s Dellwood restaurant at 9841 West Florissant Avenue was hit by a smash-and-grab burglar who took money.

In 2014, the family’s plans to open a restaurant in Memphis fizzled amid a lease dispute on a Beale Street location. A talked-about Houston location also never materialized.

The shooting victim was the grandson of Robbie Montgomery, reality TV star and owner of Sweetie Pie's restaurants. The man charged is Montgomery's son.

Robbie Montgomery (second from left) and Tim Norman (third from left) on "Welcome to Sweetie Pie's." OWN photo