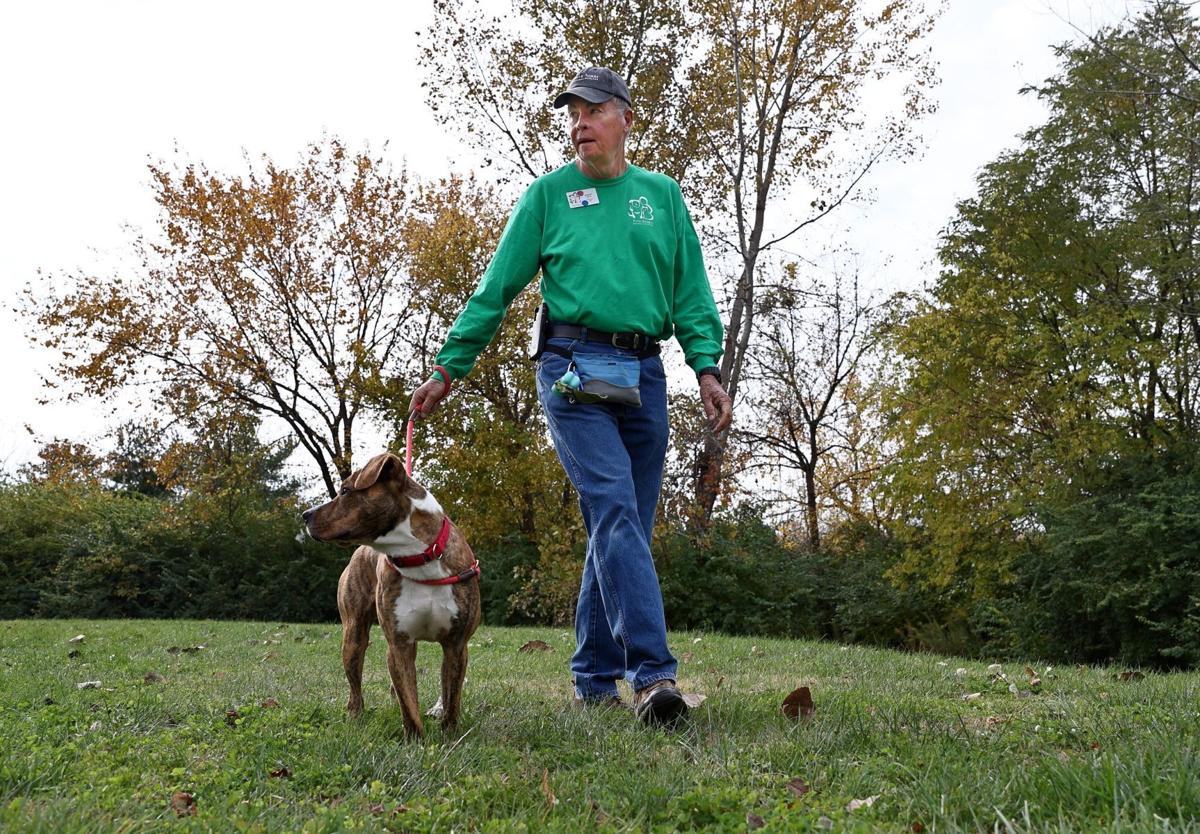 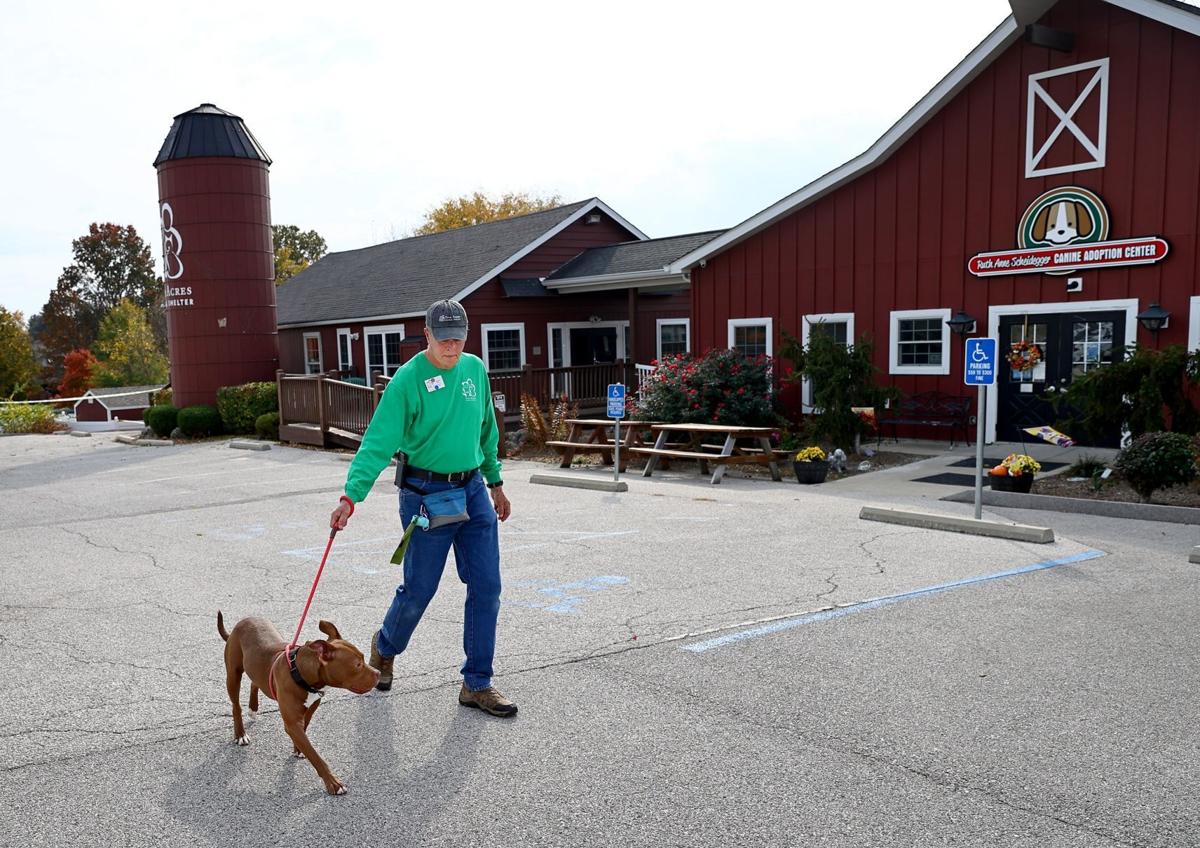 ST. CHARLES COUNTY — He was the quiet and dependable type, had worked in IT at Schnucks for 42 years.

She was cantankerous and unpredictable, had a sketchy background.

Still, love bloomed between the odd pairing. The timing was right. He was retired, digging into a meaningful hobby. She was unwanted, in need of attention.

“I didn’t know how bad she was until she almost bit some guy,” John Ott, 69, said of a “pit bull, American bulldog-type dog” named Lola.

Ott volunteers six or seven days a week at Five Acres Animal Shelter, 1099 Pralle Lane, in St. Charles County. Since he started in 2017, he’s trained other helpers, mowed the grass, done repairs, educated visitors on the process of adoption, and walked and played with numerous dogs.

Of course, the calm and cute ones don’t tend to stay at the shelter long. Ott is drawn to work with the animals that linger.

“I try to pick some of the more difficult dogs just because I want to see them get out of there,” he said. “It takes a lot of time and effort. I am not the only one that does this.”

But there is only one Lola.

He’s not sure where she came from, possibly the wilds of southern Missouri.

Lola was white, weighed about 65 pounds. The longer she stayed at the shelter, the more fearful of people she became. That is common and doesn’t bode well for adoption, given competition.

Ott asked an expert trainer for advice. By sitting and watching people, the trainer said, Lola should learn that humans are not bad. She needed to get out more, be exposed to civilization.

So Ott muzzled Lola, dressed her in a vest that said “Do not pet me.” Double leashed, he took her to large department and hardware stores. With permission from management, Ott said, they hung out in the distance, watching customers mill around and shop.

If somebody approached, they weren’t supposed to acknowledge Lola.

“Over time she got more comfortable and would let people give her treats,” Ott said.

Lola was at the shelter eight or nine months before a married couple took interest in her. They came in and met her four or five times.

“They had to get to know her,” Ott said. “They took the time and made the effort. Finally, they adopted her.”

That was a year ago. Ott gets updates on Facebook on how she’s doing.

Ott said he’s not aware of Lola biting anyone. He said he’s only been bitten once in four years of volunteering at Five Acres. A little beagle got him pretty good on the hand.

“It was my fault,” Ott said. “A lot of the dogs are stressed because they don’t know where they are or what’s happening to them.”

The beagle got adopted, having never warmed up to Ott.

“That happens every once in a while,” he said.

Ott and his wife have been married 36 years. No children, they like to travel and follow the St. Louis Blues. So far, they have adopted one dog from the shelter, a border collie named Molly.

The timing was right.

“I just fell in love with her,” Ott said.

He wonders if he should have been a veterinarian.

Thanks for Giving: Stories of St. Louisans giving their time and talents

No bones about it: Fossil hunters unearth what Missouri dinosaur really looked like

Parrosaurus missouriensis grew up to 35 feet long, carried 2 or 3 tons on four legs and boasted a 3-inch "thumb spike."

'We shouldn't go down the road of adding farm animals other than chickens to our code.'

The names of the victims, including two who attended Marquette High School, have not been released.

Metro officials said the worker shortfall is unparalleled, forcing the agency to alter and even suspend some bus routes in the region.

100 Neediest Cases: Even in a pandemic, St. Louis answers the call to help

‘Everyone recognized nothing was the same as it used to be, except the generosity of the St. Louis community.’ 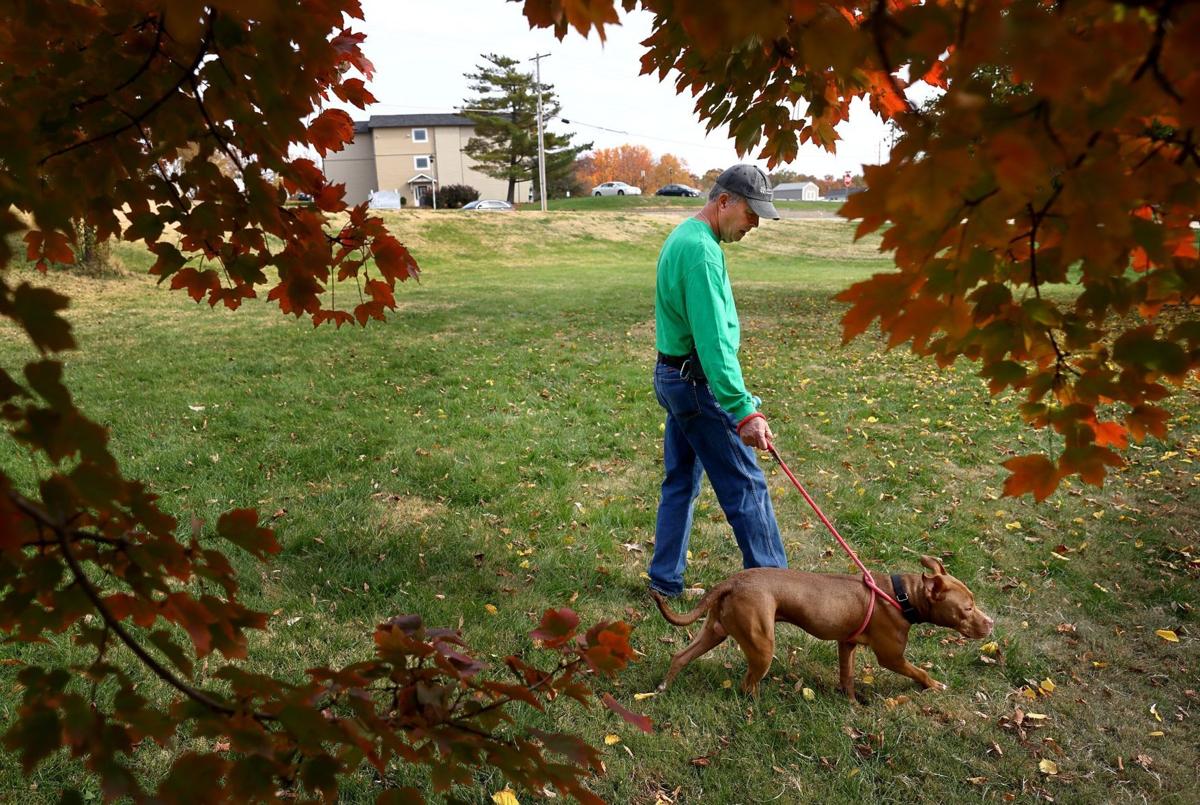