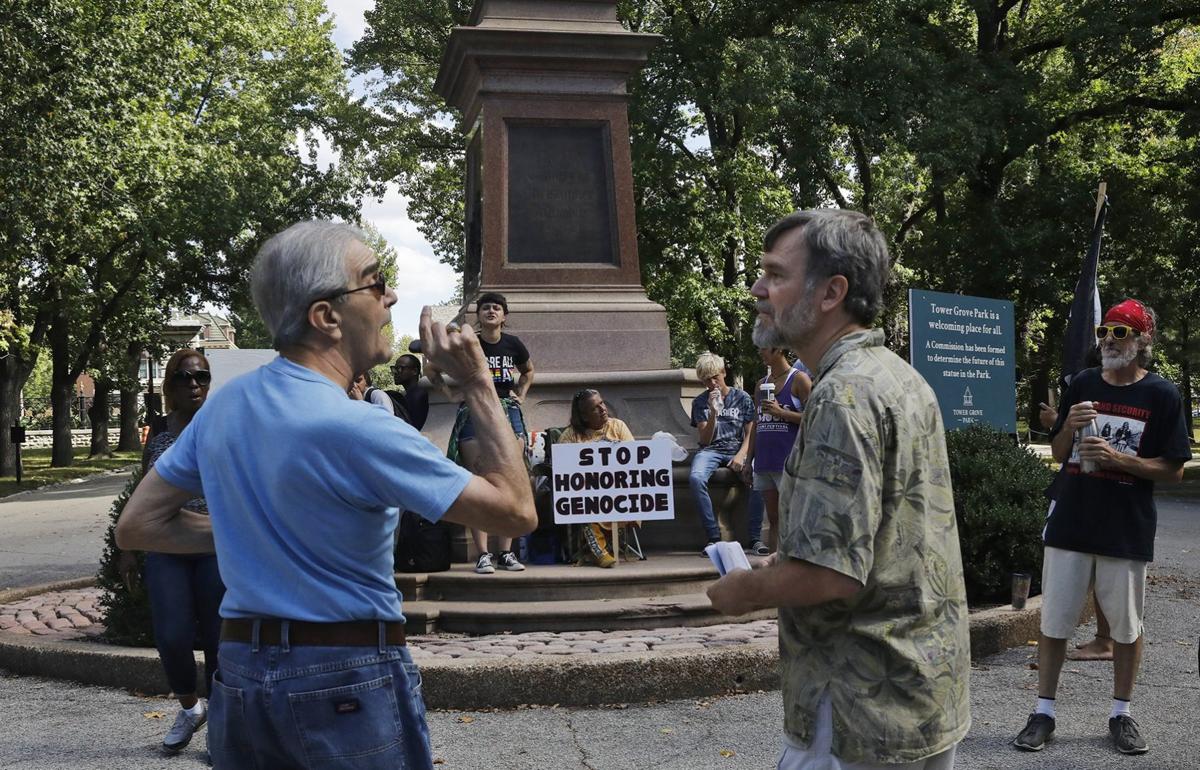 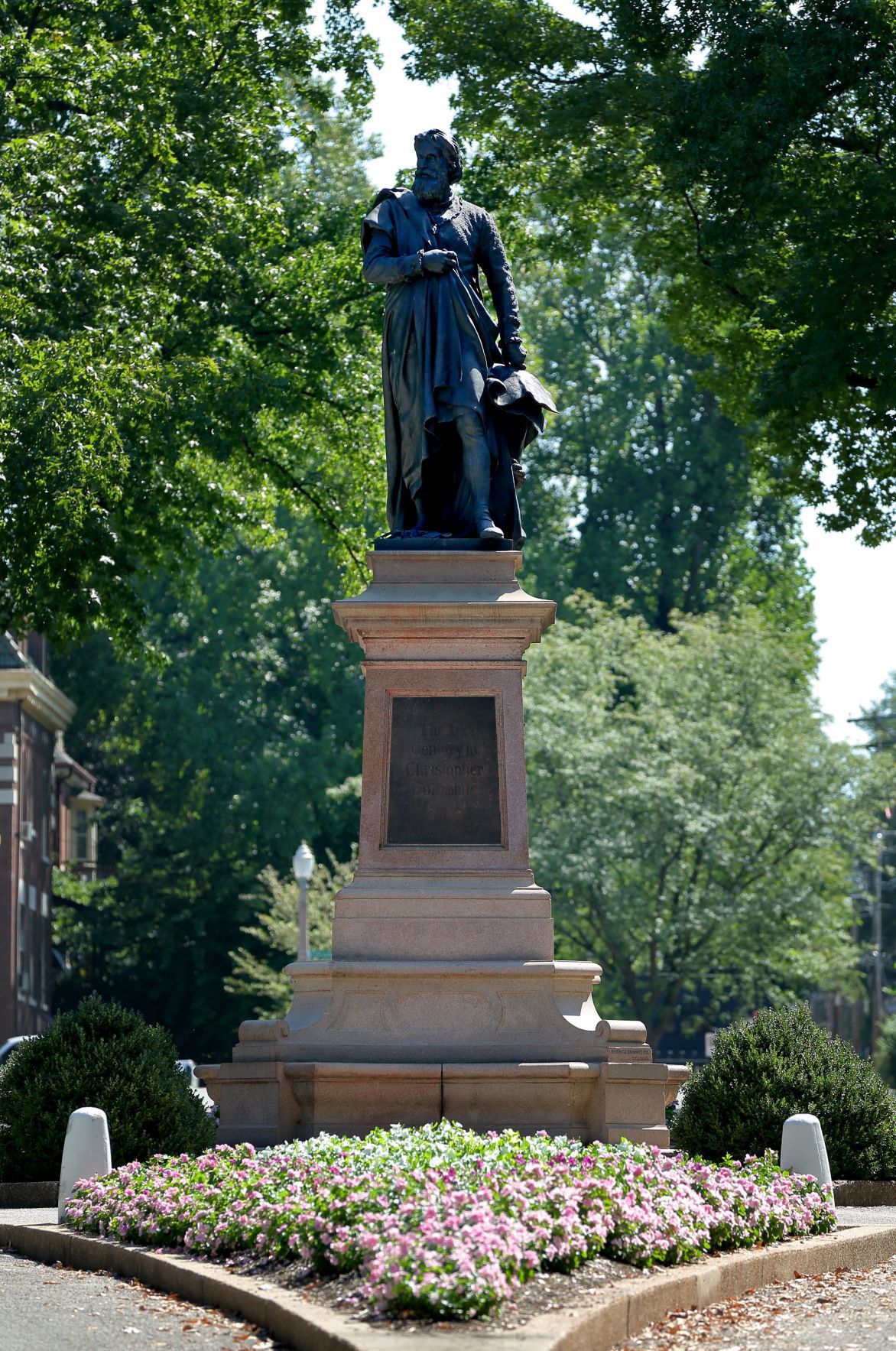 The Christopher Columbus statue near the Grand Boulevard entrance as seen on Tuesday, Sept. 4, 2018. Photo by David Carson, dcarson@post-dispatch.com

ST. LOUIS — Tower Grove Park’s board has decided to keep the Christopher Columbus statue at its current location.

The board said in a statement on Wednesday that the statue will stay near the Grand Avenue entrance to the park, and park officials will add signs nearby “with important historical context about Columbus and the history of the park’s land.”

The statue was personally commissioned by Henry Shaw, who founded the park and whose gardens became the nearby Missouri Botanical Garden. It was sculpted by Ferdinand von Miller and installed in 1886. The statement says it is one of several Shaw commissioned to honor contributions of immigrant groups in St. Louis.

Debate over the statue began after the 2017 removal of the Confederate Memorial in Forest Park.

Tower Grove Park’s Board of Commissioners began talking to residents and representatives from Native American tribes about the statue last year. The advisory task force also included representatives from the Hill business and neighborhood associations, the Missouri Historical Society and the St. Louis Art Museum.

The board acknowledged in the statement on Wednesday, that, for some, the statue symbolizes “historical disregard for indigenous peoples and their cultures and destruction of their communities.”

“Based on broad input, the Tower Grove Park Board of Commissioners has committed to reinforce the Park’s role as a welcoming place by recognizing the conflicted legacy of colonization and by affirmatively honoring the heritage of indigenous peoples who have called this land home,” it said.

Bill Reininger, the park’s executive director, said the process was “very thorough and thoughtful.” The board will continue to work with Native American representatives to find a way to “commemorate and recognize” those who made the park area their home before colonization, but that it was too early to know what might be appropriate.

He said cost was not a determining factor in the board’s decision to keep the statue.

Tower Grove Park is public, but operation of the park is overseen by an independent Board of Commissioners and not city government. About 50% of the park’s budget comes from the city; the rest is from rentals, donations and other sources.

Think you know Tower Grove Park? How about these hidden gems?

Police: Two women shot up south St. Louis bar after being told it was closed

The women 'became enraged' after being told the bar was closed, police said, and one fired shots at the business as they left in a vehicle.

The state reported 1,357 COVID-19 patients in hospitals across Missouri on Friday, the highest number since Feb. 12.

Brawl breaks out during boxing match at Casa Loma Ballroom

The fight began after one boxer hit another in the back of the head during the match, according to a ring-side video of the incident.

Man dies after shooting in Ferguson

Police said Saturday the incident apparently 'began as a verbal altercation' involving two people 'familiar with each other.'

Saturday’s vigil in St. Louis was among many planned across the country and in other Missouri cities to to call for expanded voting rights.

The bear was spotted this week in LaVista Park, authorities said. It's one of several bear sightings throughout the region this year.

The Christopher Columbus statue near the Grand Boulevard entrance as seen on Tuesday, Sept. 4, 2018. Photo by David Carson, dcarson@post-dispatch.com