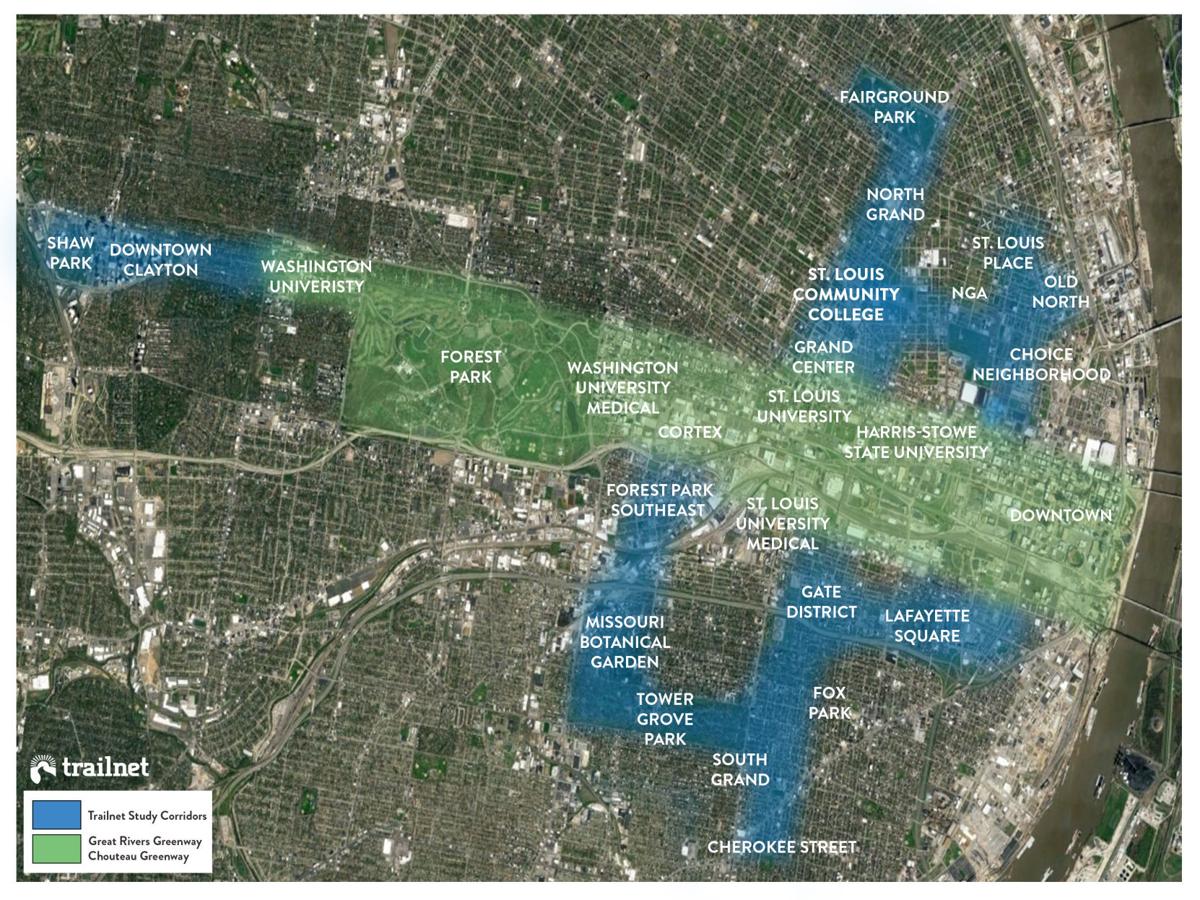 A map showing the likely destinations on a possible interconnected network of protected pathways for biking and walking released Friday by Trailnet. The  routes have yet to be devised. The area shaded in green is being studied by the Great Rivers Greenway park district for use in the related Chouteau Greenway project. 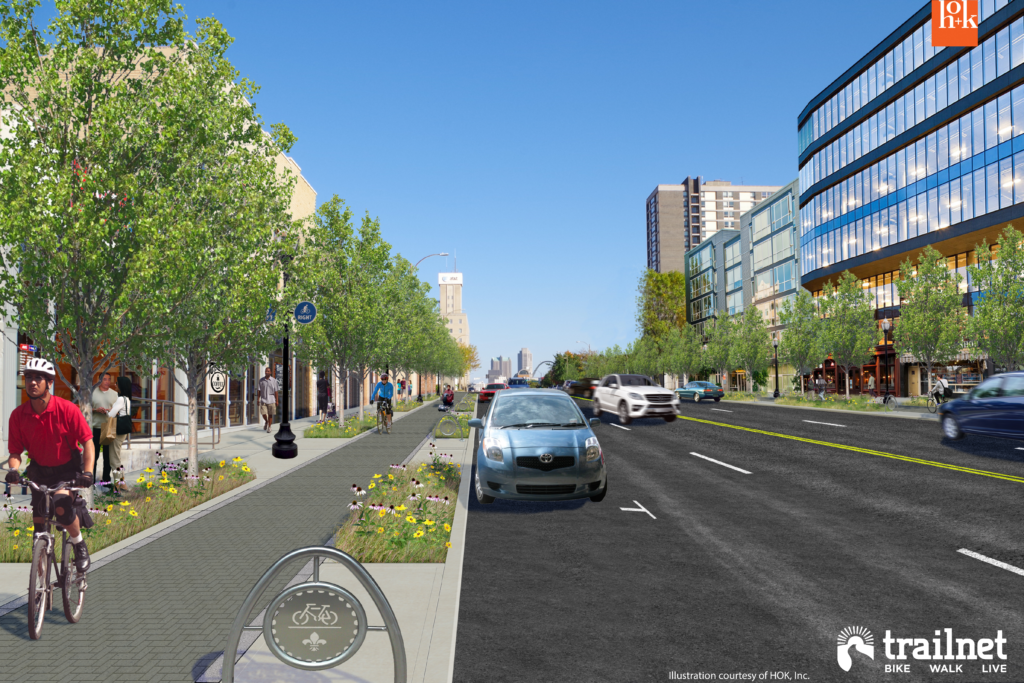 Trailnet wants to launch a network of trails for walkers and bikers along streets in the St. Louis region. Rendering by HOK, courtesy of Trailnet.

More than two dozen institutions, attractions and neighborhoods are on a list of likely destinations on a 12-mile network of protected bicycle-pedestrian paths which Trailnet hopes to develop in St. Louis in coming years.

The trail advocacy group on Friday released a map with 26 destinations culled in part from surveys of residents. Other locations not on the map also are under consideration, Trailnet officials said.

The map includes spots in the central corridor from the Arch-riverfront area to Shaw Park in Clayton and stretches south to Cherokee Street and north to Fairground Park.

Much of the central corridor area also is part of the proposed Chouteau Greenway trail area under study by the Great Rivers Greenway park district. Specific routes have yet to be devised for the greenway or the rest of the network.

"Our plan focuses on the North Side and South Side, bringing connectivity to the neighborhoods and the people.....into the spine" of the city, Trailnet CEO Ralph Pfremmer said at a news conference at the St. Louis Community Foundation building in Clayton.

Trailnet officials also said they hoped to initiate a pilot trail of up to two miles sometime next year. They said that path probably would be separated from vehicle lanes by temporary items such as planters, curbs, bollards and other features.

What route is chosen depends in part on lining up funding, Trailnet officials said.

Trailnet a year ago announced it would work toward building the trail    network, using the 8-mile Indianapolis Cultural Trail begun in recent years as an inspiration. Pfremmer said "we're about nine months into an 18-month-long" planning process.

He said the St. Louis trail is part of efforts to get young people to move to and stay in the city.

"We need to look at the next generation — what we are doing in order to attract them, keep them here" and to start businesses and populate housing, he said.

The overall cost of the 12-mile trail has yet to be pinned down but a mix of public and private funding will be sought.  The Indianapolis trail cost about $88 million.

A map showing the likely destinations on a possible interconnected network of protected pathways for biking and walking released Friday by Trailnet. The  routes have yet to be devised. The area shaded in green is being studied by the Great Rivers Greenway park district for use in the related Chouteau Greenway project.

Trailnet wants to launch a network of trails for walkers and bikers along streets in the St. Louis region. Rendering by HOK, courtesy of Trailnet.