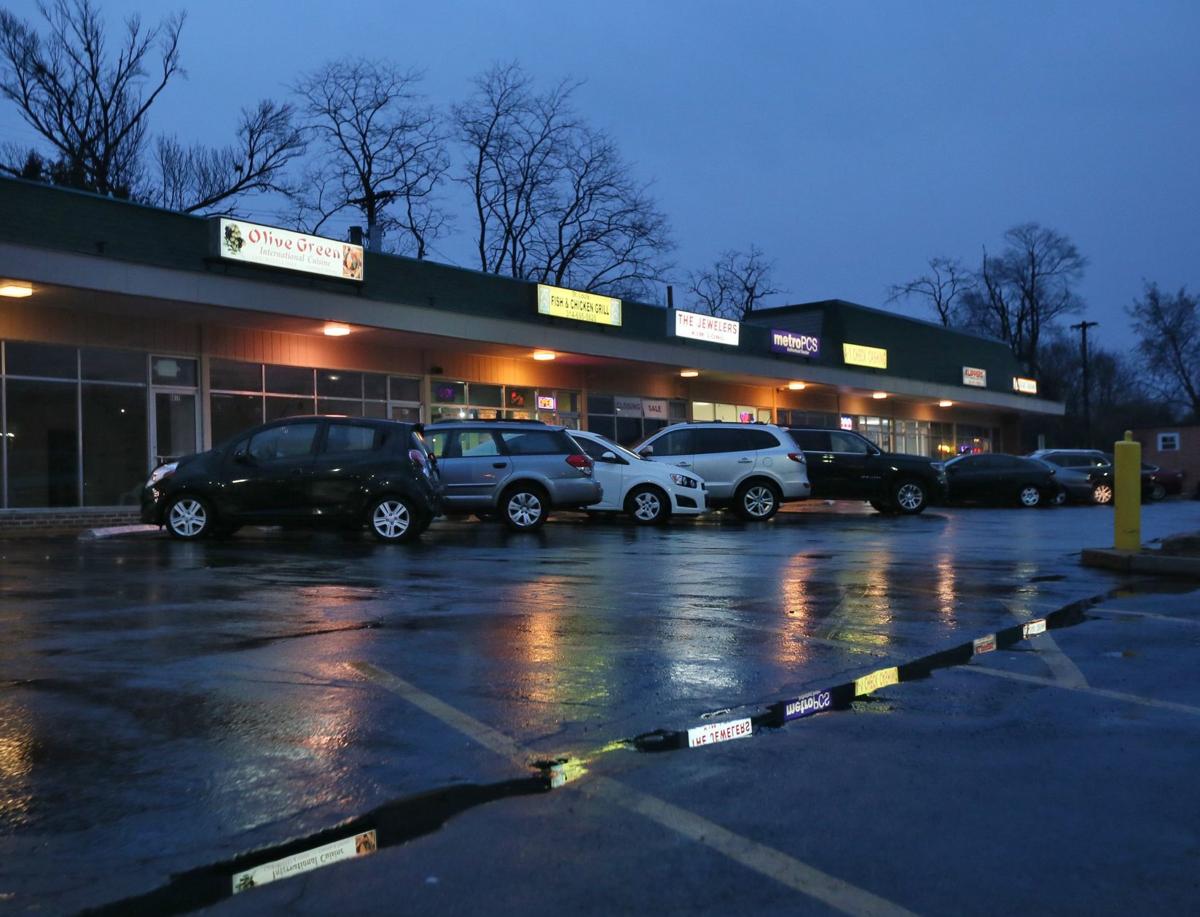 Owner and sushi chef Noboru Kidera prepares an order at Nobu's Japanese Restaurant on Thursday, March 29, 2018, in University City. Originally opened on Delmar Blvd. in 1987, Nobu's has been at its current location in the Jeffrey Plaza on Olive Blvd. since 1991. A diverse set of businesses line both sides of Olive Blvd. between I-170 and McKnight Rd. The area is being sought after by a developer. Photo by Chris Lee, clee@post-dispatch.com

“As all of you know, the city of Chesterfield is currently engaged in a lawsuit that could be a game changer as it relates to shared revenue,” University City Manager Gregory Rose said at a Monday press conference in City Hall to discuss the suburb’s new agreement with Novus Development. “So we must be prepared not just for Chesterfield but for any city and the potential of shared revenue sources going away.”

University City Mayor Terry Crow and Rose endorsed the new agreement with Webster Groves-based Novus, reached after a new round of negotiations following a consultant’s costly error in sales tax projections. It’s expected to be introduced to the City Council on May 28.

Those negotiations ultimately led to a steep reduction in an advance payment for community development in the poorer, largely black Third Ward. But Rose said the development is also about new revenue for the city at large. He noted some of the new sales taxes generated by the development aren’t redistributed via the county pool and “will enable us to become less reliant on other cities for our revenues.”

“If this development were to go to a city that is not within the pool, University City gets nothing,” Rose said.

The $190 million redevelopment of the area at Olive Boulevard and Interstate 170 had been in the works for over a year. It was poised to receive final approval from the City Council in January when a concerned citizen, Gregory Pace, discovered that officials were counting on more revenue than would be generated.

As a result, University City officials and Novus hashed out a new development agreement that reduces payments for the city’s long-held priority of generating $15 million for Third Ward neighborhood improvements and Olive Boulevard upgrades. An advance payment to the city was cut to $3 million from $7.5 million and annual payments fall to about $200,000 from $500,000. New taxes generated in the Third Ward will also be contributed to that $15 million total, whereas the new development was initially projected to fund all of that.

Novus’s $70.5 million subsidy under the tax increment financing district — which lets developers use property and some sales taxes to finance construction — was unchanged.

Asked what Novus gave up, Rose said Novus should answer that question. A bond attorney for the municipality, Mark Grimm of Gilmore Bell, said the developer would likely have to hold more private debt — maybe about $3.5 million — that is repaid from TIF revenues later than other obligations.

Rose also addressed why University City allowed Novus to receive $70.5 million in tax increment financing when a consultant’s report found $65 million was adequate. The extra subsidy allows Novus to offer “fair” prices to the dozens of residents and several businesses that may require buyouts for the project. Most support the project, he added.

“The residents in the affected area have mostly told us we can’t move fast enough,” he said.

The plan has the backing of the city manager and Mayor Terry Crow.

The board blocked the sale of its administration building, a key property in a $190 million TIF plan.

U City has new TIF agreement with developer

After error forced revisions, the city will get less money up front to pay for community development; Novus still counting on same $70.5 million in subsidies.

After 'bad mistake' in calculations, it's back to negotiating table for TIF plan in University City

The project has had several hearings that drew hundreds of people to speak both for and against the proposal.

Should Chesterfield have to share its sales tax revenue? High court hears case.

The city of Chesterfield has long been an unhappy exporter of sales tax under a formula established under state law in 1977.

Owner and sushi chef Noboru Kidera prepares an order at Nobu's Japanese Restaurant on Thursday, March 29, 2018, in University City. Originally opened on Delmar Blvd. in 1987, Nobu's has been at its current location in the Jeffrey Plaza on Olive Blvd. since 1991. A diverse set of businesses line both sides of Olive Blvd. between I-170 and McKnight Rd. The area is being sought after by a developer. Photo by Chris Lee, clee@post-dispatch.com