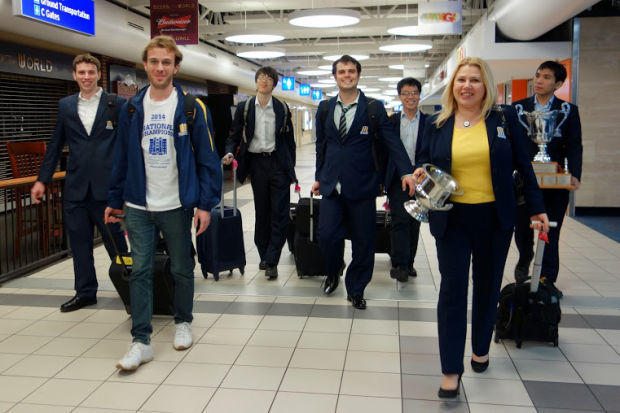 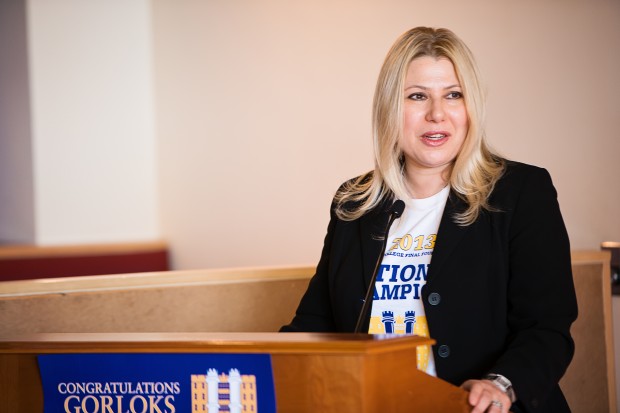 But she said Monday that the latest tournament, held in New York over the weekend, was the toughest.

"Things didn't get decided until the last minute of the last games," she said. "They were nail biters to the very end."

Of the six players on Webster's championship team, five were in the Final Four last year. Polgar said all of the players are grandmasters. They hail from Cuba, United States, Philippines, Vietnam, Israel and Germany.

Polgar, 44, originally from Hungary, said she expects her players to work as a team and be mentally and physically tough. Some of them do cross fit training, a rigorous form of exercise.

"It's all part of the program," she said.

"We are very happy to bring the title again to Webster University and St. Louis," Polgar said.

To get students' minds in check, more schools are trying chess

New program for football players in urban high schools is latest in an explosion of programs in St. Louis area schools.

WEBSTER GROVES • As thousands gathered Monday for the Cardinals home opener, two other local teams -- the Gorloks and Golden Griffins -- were …