ST. LOUIS — The wildfires burning in the Pacific Northwest have created plumes of smoke that cover most of the U.S., including St. Louis.

And as a heat wave kicks in this weekend, that smoke is picking up while the air quality is dropping: A service run by the U.S. Environmental Protection Agency said St. Louis on Friday had the worst air of any major city in the country.

Those with health conditions such as asthma and lung disease have been warned about poor air quality in the St. Louis area, which is not expected to get much better in the coming days, according to the National Weather Service.

“These fires are going to be burning all summer,” University of Washington wildfire smoke expert Dan Jaffe said in an AP interview. “In terms of bad air quality, everywhere in the country is going to be worse than average this year.”

Incredible that the smoke from over a 100 wildfires 🔥 burning across the western United States now stretch across the northern Plains and Midwest to the southeast coast. #stlwx #mowx #ilwx pic.twitter.com/y522XOOAv9

Locally, the smoke has been noticeable, creating a haze in the sky and making the sun appear more reddish when it is low on the horizon. That haze can be dangerous to some as air pollutants settle over time.

AirNow, an air quality service run by the EPA, reported that St. Louis had an air quality index score of 137 at a Blair Street meter in north city on Friday, which is “unhealthy for sensitive groups.” A “good” index score would be under 50.

That’s the worst index score of any major city in the country, edging out Spokane, Washington, for the title of worst air as of Friday, according to AirNow. Spokane is just 100 miles from a nearby wildfire, while St. Louis is almost 2,000 miles away.

“What’s underappreciated about air pollution is the distances it can travel,” said Jay Turner, vice dean of education at Washington University in St. Louis, an air pollution expert. “For a few days every summer we even get high dust readings from storms in the Sahara Desert. That’s how far some of these pollutants can travel.”

Air quality warnings have hit cities across the country from Chicago to Atlanta as global wind patterns take smoke from wildfires in Washington, Idaho and California and blow it east. Turner, who currently is in Boston, could even see its effects there.

Eastern Missouri and southwest Illinois are in what Turner called a hot spot for smoke pollutants in the current weather system. Large-scale wind patterns are bringing the smoke to the region. However, where smoke ends up settling from a fire is difficult to predict, he said.

“Fires in the Flint Hills in Kansas sometimes have smoke settling in central Missouri, sometimes in St. Louis, sometimes it skips over the entire state and settles in southwest Illinois,” he said.

That’s because in addition to moving horizontally across the country, such as this plume from Washington to Missouri, the smoke also is moving vertically in the sky, he said.

It's not so easy to tell from our camera, but a haze still lingers across the area from the #wildfiresmoke originating in the western US and southwest Canada. Among other things, smoke causes the sunrise/sunset to be more "red" by scattering the blue light from the sun's rays! pic.twitter.com/JfkrWkHpYZ

To minimize risk in hazardous air conditions, experts recommend people use face masks and limit time outside. However, the type of face mask matters, said Chris Cappa, an environmental engineer and professor at the University of California at Davis.

“Really, it becomes now quite important to have a higher-quality mask,” he told The Washington Post. That’s because of the small particles found in wildfire smoke and other air pollution.

“The particles that we’re most worried about in the COVID context tend to be quite a bit bigger than those that we’re concerned about for things like wildfires, and so masks, generally speaking, are going to have lower efficiency for wildfire particles than they will for the COVID-related particles,” Cappa said.

Cloth masks, especially, do not provide much protection from smoke, he said.

In addition to risks from the more dangerous smoke particles, the increased mass of particles overall when smoke settles is another risk factor, Turner said.

This spate of poor air quality also coincides with a heat wave that has triggered an advisory from the NWS. “Feels like” temperatures will reach up to 105 degrees on Saturday afternoon, the organization said.

Temperatures will be in the mid- to high 90s throughout the coming week, climbing back up after anticipated thunderstorms Sunday night, according to the NWS. The average temperature for this time of year is 90 degrees.

As the country faces another harsh wildfire season, Turner said he doesn’t expect things to get better soon.

“I have no doubt that this won’t change,” he said. “What we’re seeing a lot more of now, globally, is climate variability. Weather is getting more extreme.”

With temperatures on the rise and a heat index of up to 105 expected through Saturday night, the National Weather Service and area municipalities are urging residents to take steps to stay cool and seek shelter, if needed.

Throughout the St. Louis metropolitan region, information on cooling centers or energy assistance related to the excessive heat is just a phone call or website away:

• Stay in an air-conditioned room, if possible, and out of the sun

• If you must be outside, wear lightweight and loose-fitting clothing and take plenty of breaks

• Check on relatives and neighbors, and keep pets indoors if possible and well hydrated

• Do not leave children or pets unattended in a car

Signs of heatstroke or heat exhaustion may include:

• Dizziness and/or a bad headache 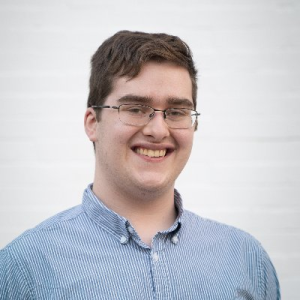 Smoke from wildfires in the western U.S. create haze in the sky over downtown St. Louis as the sun sets Thursday, July 22, 2021. A heat advisory is in effect for Saturday with heat index values up to 105 expected in the St. Louis area. (Michael Collins, mcollins@post-dispatch.com) 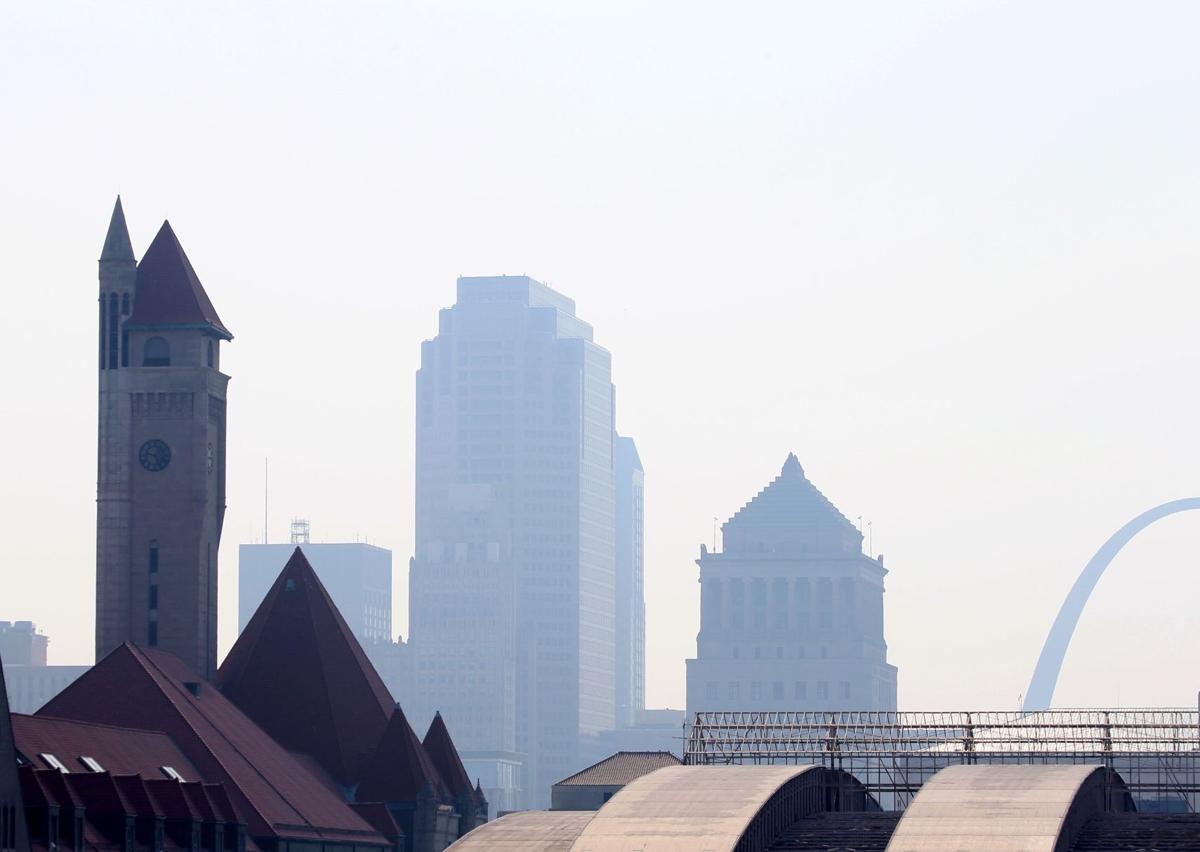 Familiar elements of the downtown St. Louis skyline are shrouded in haze on Friday, July 23, 2021, as smoke from wildfires in the western United States now spans the skies of almost the entire nation. (Christian Gooden, cgooden@post-dispatch)